We cannot let them lock us down again

If we can’t live freely when the population is vaccinated and boostered, then when can we? 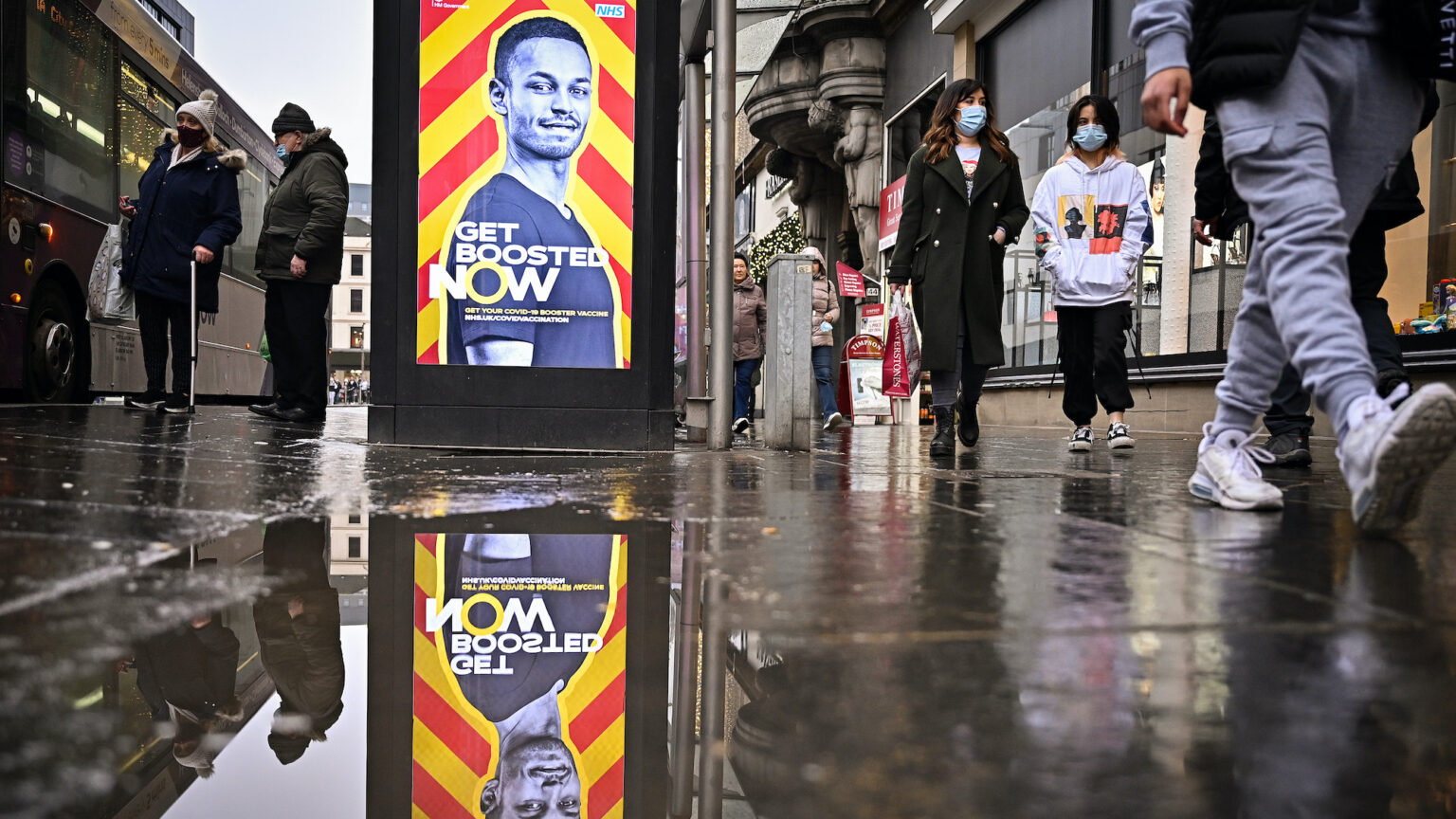 There is now a grim familiarity to the ritual. A new Covid variant arrives and is declared to be so dangerous that only extreme curbs on liberty can contain it. Scientific models predict implausibly high levels of hospitalisation and death, unless something drastic is done. Scientists then pile pressure on the government, with the gleeful participation of the media, to shut down our lives until the threat dissipates.

With the Omicron variant spreading rapidly in the UK, the UK cabinet is convening today to decide our fate. It may decide just to issue new guidance, but civil servants have presented ministers with two other options alongside this: restrictions on indoor mixing (including the return of social distancing and the imposition of an 8pm curfew) and a return to full lockdown.

While much about the current moment feels familiar, this is not March 2020 or January 2021. A lockdown now or in a few weeks’ time would be radically different from previous lockdowns. We are not confronted with the prospect of a virus spreading through a largely naive population. And we are not responding to a wave of hospitalisations that we can see might be getting perilously close to overwhelming the NHS.

On the contrary, the latest demands to shut down the country for the fourth time in two years are based on what we don’t know about the new variant. While SAGE as a whole is clear in favouring harsh measures, The Times reports that chief medical officer Chris Whitty is reluctant to give any unequivocal advice, as ‘until we know how well vaccination protects against hospital admission for Omicron, it is hard to know what to do’. The UK government will apparently not have enough hard data on this, and on the variant’s severity, until after Christmas. (Of course, there is plenty of encouraging data coming out of South Africa, but Whitty claims that this is safe to ignore.) In other words, what we are faced with here is not lockdown as a last resort, but lockdown as a precautionary measure. Just in case. It is Covid safetyism run riot.

Worse still, ministers and officials have hinted that their main concern is not that Omicron will in itself overwhelm the NHS, but that it will be the straw that breaks the camel’s back of our already overburdened health service. The surge in Omicron cases has not yet translated into a surge in hospitalisations, but the NHS is already at over 94 per cent capacity. And so the government is considering reapplying the most extreme restrictions on freedom imaginable, simply to manage pressures on the health service. Our lives will be turned upside down once again to make up for the state’s failure to provide adequate healthcare capacity. To say that the goalposts for lockdown have been moved would be an understatement. The goalposts have been relocated out of the stadium.

In the absence of hard data, the experts have turned to models to make their case for lockdown. It has long been clear that these models are less than worthless. No one can seriously believe SAGE’s warning from earlier this week that without new restrictions we are heading towards 6,000 Covid deaths per day. This would be nearly six-times higher than the UK’s January peak, before the vaccination and booster rollouts. In fact, it would be even higher than India’s peak of over 4,000 daily deaths during its awful Delta wave back in May. (In case it isn’t already abundantly obvious why the UK is not going to reach India’s record death rates: India has a population 13 times that of the UK, has considerably fewer hospital beds per head, and had only given out a first dose of the vaccine to around a quarter of its population at the time it racked up its grim daily deaths record.)

At the weekend, a Twitter conversation between Spectator editor Fraser Nelson and SAGE modeller Graham Medley revealed one possible reason for why the models err so heavily on the side of doom. Nelson asked why Medley’s team at the London School of Hygiene and Tropical Medicine hadn’t modelled a scenario showing what might happen if Omicron was milder than previous variants, as the data from South Africa suggests it is. Medley said this was because modellers only model scenarios that are ‘useful to decisions’ – that is, scenarios that might require the imposition of restrictions. Nor do the models assign any likelihood to the outcomes they project. Yet in the media these wild projections are treated as inevitabilities, as The Science itself.

Then there is the small matter of the vaccine rollout. Given the tenor of panic from scientists and the media, you could be forgiven for thinking it had never happened. Britain has so far given out 126million vaccine doses. Nearly 50 per cent of the population over 12 has received a booster shot, too. To go back into lockdown now would represent not only a colossal loss of nerve, but also a neo-Luddite repudiation of scientific endeavour. The vaccines work. They and other drugs are what will make Covid manageable, not never-ending restrictions.

If we are forced back into lockdown this winter, then the promised return to normality is in serious jeopardy. A lockdown now would not just be ‘one last heave’. It would demonstrate beyond doubt that lockdown is no longer an emergency measure to be deployed in extreme danger, but a routine tool for managing pressure on the healthcare system. We cannot let them lock us down again.