Actor James Dreyfus on the woke authoritarianism taking over the arts. 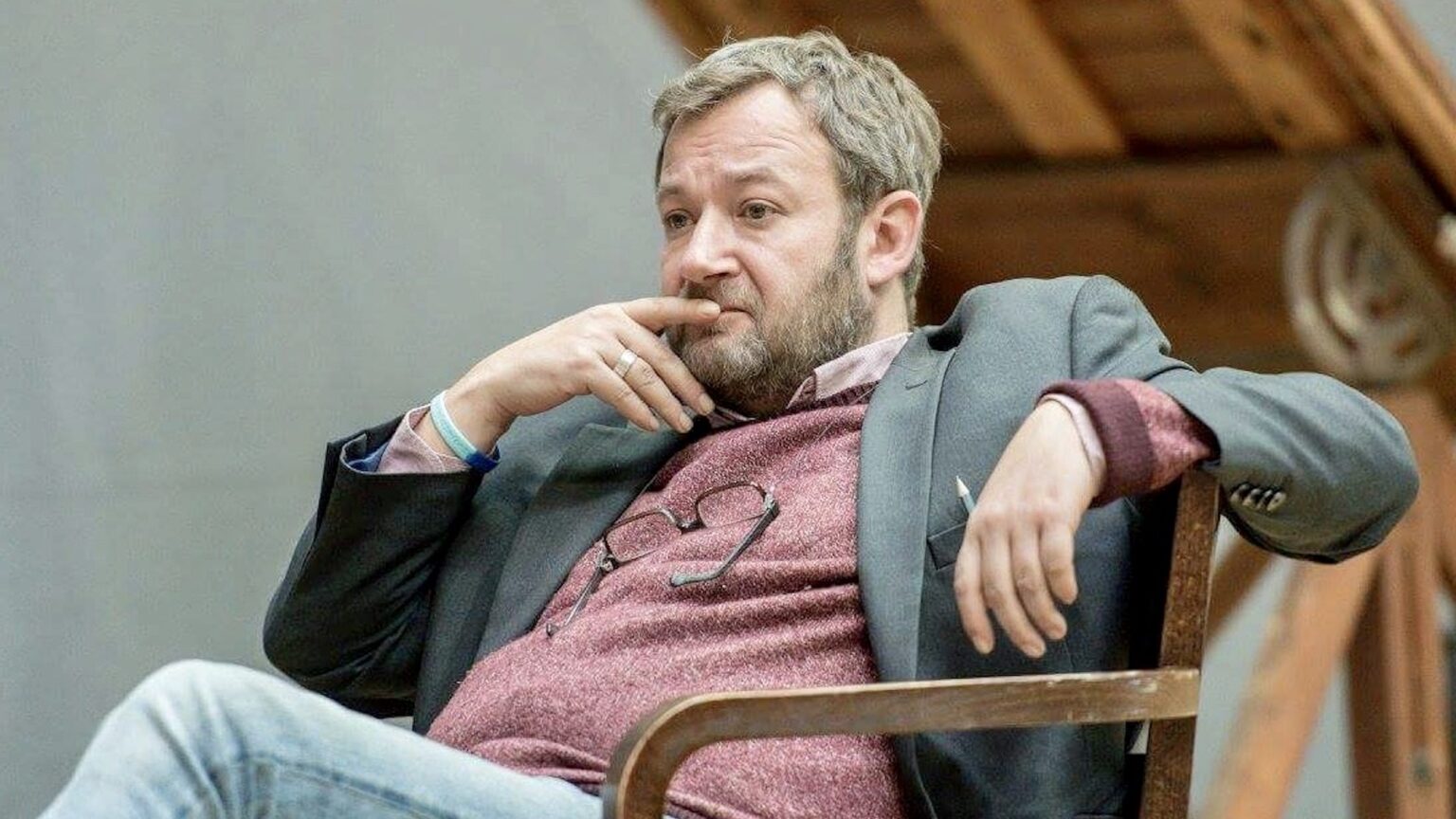 Writers, artists and comedians once delighted in pushing boundaries. Causing offence was seen as a necessary by-product of challenging art. But in today’s climate of wokeness, all that has changed. Artists are either too afraid to ruffle feathers, or are themselves trying to enforce the new woke diktats. Can the arts – and comedy in particular – survive this stifling climate?

Brendan O’Neill: Cancel culture is like a sword of Damocles that hangs over everyone who dares to deviate from a certain narrative. I want to ask you about the impact it has on comedy in particular and on art and entertainment more broadly. I often think about Gimme, Gimme, Gimme, which is my all-time favourite TV show. Do you think a show like that would get made today? It has you as the stroppy, self-obsessed gay guy and Kathy Burke as the working-class woman who goes around making a holy show of herself. There are so many hilarious elements to it, but would it get past the woke guardians these days?

James Dreyfus: It would never be made unless there was a very brave producer who decided to make the opposite of The Mash Report – who wanted to actually get funny people back on TV again.

I don’t like the word ‘woke’ because people have overused it. But the woke become so hysterical about everything in comedy that they disagree with. Everyone has an opinion and everyone suddenly becomes a critic. Back in the day, when you read the newspapers, there were letters of outrage from people complaining about a TV programme. And you would think to yourself, why don’t they just change the channel or turn the TV off? Now, there is a doctrine: you cannot laugh at that, you must not laugh at this. These people should not be the arbiters of what is funny.

It is not only the committees running the TV companies that are part of this woke movement, but also the writers themselves. I have arguments on Twitter with people in the theatre profession who are prepared to boycott someone’s show over his or her beliefs. These are not creative people in any way. They are authoritarians. They think they are being so radical but really they are the establishment. We are the radicals.

O’Neill: Do you think there are similarities between the current crusade against anything that is deemed to be offensive and the kind of censorship that existed in the 1970s and 1980s? Back then, it was the conservative Christian types who were easily offended – Mary Whitehouse, for instance. Would you agree that there seems to be a shift from the blue-rinse lobby with their Bibles to the blue-hair-dye lobby on TikTok?

Dreyfus: The woke are the most puritanical, humourless bunch I have ever come across in my life. In fact, I wish Mary Whitehouse would come back. She was only ever upset when you said something about Jesus or used a bad word. Ultimately, she was harmless. These people today are much more insidious because they don’t just want to stop you from saying something that offends them – they think you have no right to exist. Look at Roy Chubby Brown, who had his gig cancelled recently. He could not even go out and perform. He was not allowed to exist.

When people say cancel culture does not exist, I laugh, because you see it every single day. You might not find Roy Chubby Brown funny – I do not find him particularly funny – but there are people who do and they are being treated like children. Why shouldn’t they go and watch whoever they want to? It’s not like he is Joseph Goebbels.

People are so puritanical. We are in the era of The Crucible again.

O’Neill: Absolutely. Look at the incident at the Old Vic, where Terry Gilliam was reportedly given the boot. Gilliam is a cinematic genius. He was going to direct Stephen Sondheim’s Into the Woods. Sondheim had given his blessing to the production. But apparently it had to be stopped. Not because of anything in the show, but simply because Gilliam had criticised the #MeToo movement and had made a joke about identifying as a black lesbian. He blasphemed and therefore had to be cast out. Isn’t this the resurrection of the blacklist?

Dreyfus: It’s McCarthyism. And to do it to Terry Gilliam shows that these people have no sense of history. If you know anything, you know that Monty Python was anarchic. They all said and did anarchic things. The whole debate over Life of Brian looks really calm and quiet in comparison to today.

O’Neill: If Life of Brian came out today, wouldn’t it be the trans activists protesting outside the cinemas rather than the Christians, because of that hilarious scene where Stan wants to become Loretta?

Dreyfus: It really would. I am surprised that it has not happened already. ‘You don’t have a womb! Are you going to keep it in a box?’ – we all laughed along at it because it was so absurd. But now that has become reality. It is not bigoted or hateful to think that is mad.