Afghanistan: a catastrophe of the West’s making

The economy has collapsed, food is scarce and the bloodbath continues. 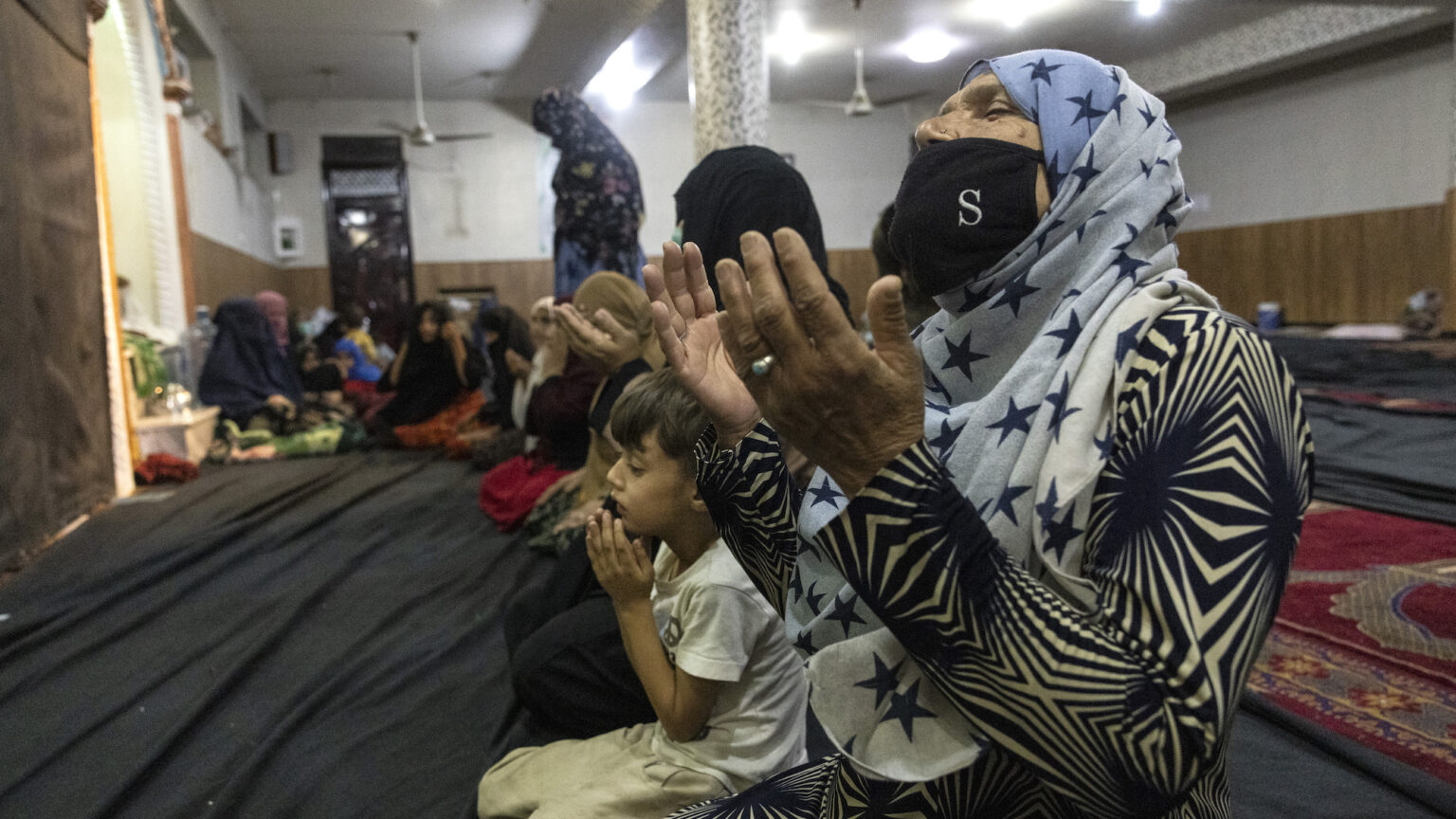 It is now just over 100 days since the US-led occupation of Afghanistan ended. Just over 100 days, that is, since the Taliban resumed control after a 20-year-long war of attrition. And now the consequences of the West’s catastrophic withdrawal, and the calamitous invasion which preceded it, can be seen more clearly than ever: Afghanistan is in ruins.

The hollow, empty nature of the Afghan state that the West built now lies thoroughly exposed. The security apparatus has gone, as has the rule of law. And in August, the economy virtually collapsed, contracting by 40 per cent. This is hardly a surprise. With the West’s withdrawal went the state’s main source of funding and the economy’s main source of wealth – namely, Western aid.

There was no real economic growth over the past two decades of occupation. No real development, despite a sometimes gleaming new police headquarters here or yet another new school there. It was all a facade, a Potemkin state sustained by military force and Western largesse. And now that this largesse has disappeared, Afghanistan finds itself in dire straits.

The UN World Food Programme estimates that nearly 23million Afghans could face starvation between now and the spring. Food and fuel prices have reportedly risen by up to 75 per cent. And the subsistence farming which many Afghans rely on is struggling to keep pace with a growing population. The UN envoy to Afghanistan, Deborah Lyons, rightly warned last week that this troubled nation is on the brink of another manmade disaster.

So the West now finds itself in an invidious position. It can restart aid programmes, relax sanctions and start doling out cash again. But if it does so it will have to work with and therefore legitimise the Taliban. That is, it will have to work with a group it has been fighting for two decades – a group which counts several US-designated terrorists among its leading members.

Admittedly, humanitarian aid has already resumed, but with sanctions still in place it is difficult to see it making much difference. A consortium of NGOs has now written to the UN Security Council calling for it to waive the sanctions against the Taliban.

And if it does so, what then? The West, having once declared war on the Taliban, would be effectively propping up Taliban rule in all its brutality. Revenge attacks against anyone deemed to have helped the West-backed Afghan government are common. Legal and judicial frameworks have already been dispensed with. And various interpretations of Islamic law now prevail throughout Afghanistan. Indeed, in August, Mullah Nooruddin Turabi, one of the founders of the Taliban, declared that executions and amputations of hands were to resume as part of this barbaric vision of Islamic law.

There are no basic liberties now. No freedom at all for women and girls. And little to no hope. It is the Taliban’s way or the highway.

Many are opting for the latter. Since August, half a million Afghans have reportedly tried to enter Iran. Their aim is to head west, via Turkey, to the EU. Iran has turned back nearly 200,000 so far, but the majority of these Afghan refugees are now already inside Iran. Many thousands more are trying to head elsewhere – to Australia, central Asia and even the US. This mass displacement of people will have lasting ramifications for many nations around the world.

Yet as brutal, harsh and repellant as the Taliban’s rule is, it is not stable. Since August, the Taliban has been fighting a low-level insurgency waged by the Islamic State – Khorasan Province (IS-K).

IS-K, a nasty Islamist grouping formed by Afghan and Pakistani jihadists in the mid-2010s, has been mounting bomb attacks with increasing frequency – from 60 strikes in 2020 to 334 this year. It is also growing in size, drawing in disaffected Taliban fighters in particular. So much so, in fact, that the UN claims IS-K is now present in nearly all of Afghanistan’s 34 provinces.

In response, the Taliban has dispatched hundreds of fightersto IS-K’s heartlands in Nangarhar, an eastern Afghan province that borders Pakistan. According to reports, the Taliban is carrying out its counter-terror operation with typically brutal simplicity, with suspected IS-K members disappearing or simply turning up dead. Not that these tactics are working. IS-K appears to be growing in strength, and is now staging near daily attacks in Nangarhar.

This is not a civil war, at least not yet. Despite IS-K’s rapid growth, it is still thought to have just 3,000 fighters or so. It is not a force capable of seriously threatening the Taliban. But this conflict does point to the continuing and growing volatility of Afghan society.

So much of this is the fault of the US and its allies. They invaded Afghanistan over 20 years ago. They then occupied it, constructing a state that had no popular legitimacy and propping up an economy that had no real domestic sources of growth. In doing so, in the very act of occupation, they sustained and fuelled the Taliban insurgency. And then, just like that, they packed up and left.

The result is a collapsed state, a bankrupt economy and an impoverished, starving nation in the grip of an increasingly violent conflict between the Taliban and IS-K. And yet there are still some Westerners who think ‘liberal’, ‘humanitarian’ or ‘ethical’ interventions are a good idea. They should be taken to Afghanistan and shown what the consequences look like.