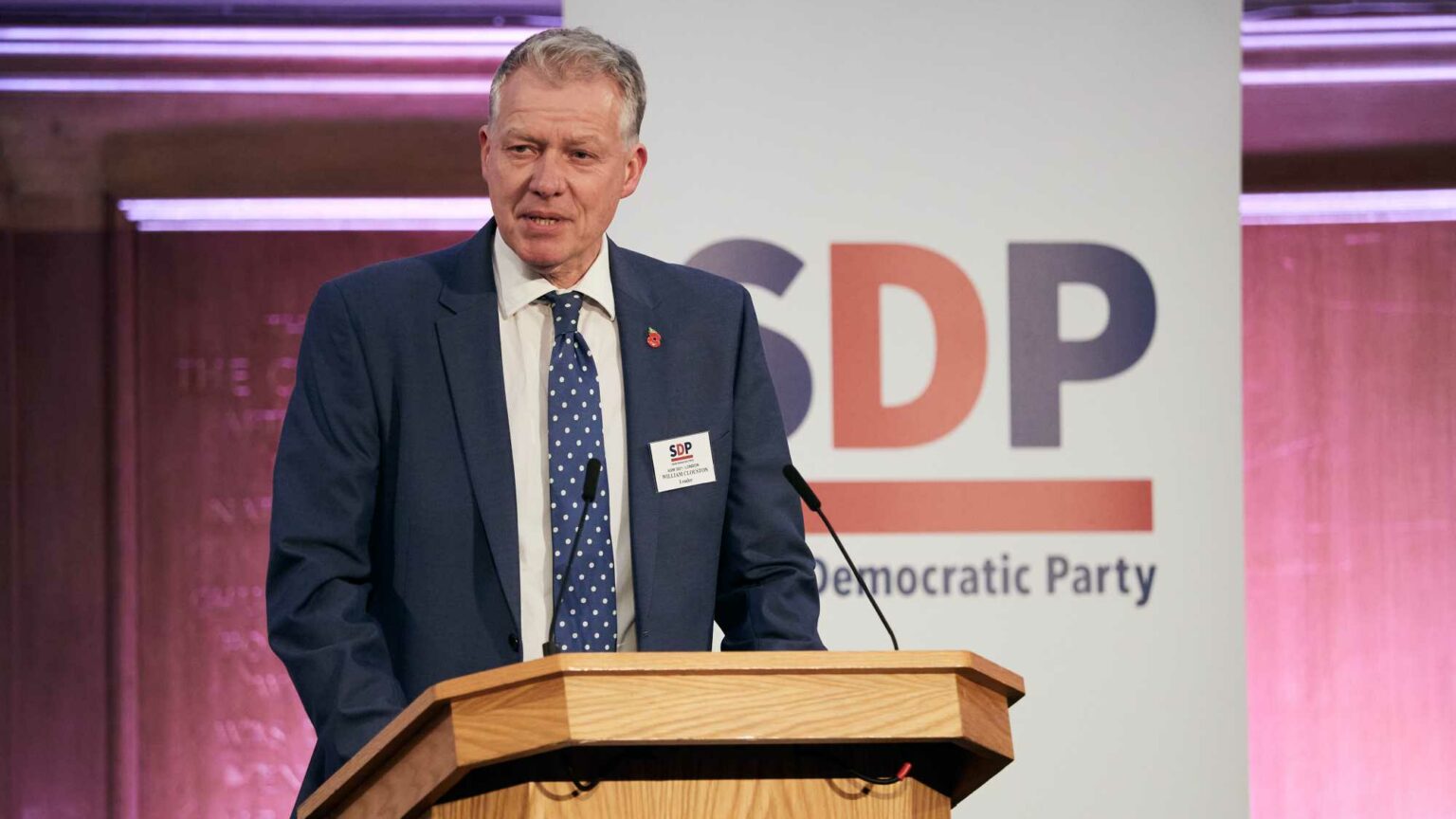 Wokeness is everywhere today. Practically every major institution, from political parties to big businesses, has embraced woke identity politics to some degree. The Labour Party of today is far more interested in Black Lives Matter and trans issues than it is in the bread-and-butter concerns of ordinary voters. Even the Conservative Party, which has at times threatened to wage a ‘war on woke’, is not immune to woke ideas. What is it about wokeness that makes it so attractive to the establishment? And what does the dominance of this ideology mean for politics?

William Clouston is the leader of the Social Democratic Party (SDP). He joined Brendan O’Neill for the latest episode of his podcast, The Brendan O’Neill Show, to talk about what makes his party different from the woke mainstream. What follows is an edited extract from their conversation. Listen to the full episode here.

Brendan O’Neill: Solidarity is incredibly important in people’s everyday lives, as are the communal networks that tie people together. Anything that threatens solidarity is incredibly dangerous. There seem to be two things threatening solidarity today. First is the big business that flies into a town for a couple of years and then abandons its workers. Second is the politics of wokeness, which divides people by race and insists that most people have ‘white privilege’. What, in your view, are the main challenges to solidarity today? And what role does identity politics play in chipping away at how people conceive of themselves as a community?

William Clouston: Identity politics is utterly disastrous. The sad thing is that all these ‘critical race theory’ narratives, which get pushed in cultural discourse and in schools and universities, are what I would call ‘luxury’ opinions. The people who promote these ideas do not feel their effects. Their community does not pay the price for them. A lot of the ratcheting up of woke politics that we have to deal with is like a status game among very elite people, just trying to show how ‘virtuous’ they can be.

After the Black Lives Matter protests, there was a wave of moral panic. Overnight, American hyper-racialism was imported and it washed over British society. The media are culpable – in the US, the Washington Post and the New York Times are a disgrace. It is almost as if some of the very big players in the media and Big Tech literally want to destroy solidarity. It is dangerous.

O’Neill: You can see how this is grating against class solidarity. I have always been struck by the fact that big businesses are very amenable to the new politics of racial identity and to the idea of white privilege. For me, the great thing about class politics as it was traditionally understood was its universalising dynamic. The thing that drew you together with other people was not your skin colour but your interest in good working conditions and in achieving a greater sense of solidarity. Young leftists wave around books by Karl Marx and talk about how radical and revolutionary they are. But do they misunderstand how much they are playing into a new form of politics that openly undermines the ability of working-class people to make gains in their lives?

Clouston: Totally. You see it in so many areas. The more you are preoccupied with this hyper-racialised identity politics, the less you are talking about housing or industry.

The SDP recently produced a green paper, The End of Indifference. It talks about how our post-war economy was based on industrial production and investment. The employment and growth rates were actually far better than after the neoliberal turn that came with Margaret Thatcher. The record of post-1979 economics is dismal. It is based on debt. We have an economy that is just laced with it in every single sector. Individuals are up to their necks in debt, as are households, government and corporations – and it acts as a drag anchor on investment and growth. The results have been desperate. Forty-two per cent of people lived in council houses in 1979 when Thatcher got in. Now it is eight per cent. These basics – industry and housing – are what left-wing economics used to be about. Labour Party members and MPs just do not talk about these things anymore.

Look at Marcus Rashford. I think he is a good lad and he means well, but he cannot talk about anything serious. He will take the knee for Black Lives Matter before a game like all the other footballers, but he will not talk about the people dying while building the stadiums for the Qatar World Cup. If the England footballers cared about inequality as much as they claim to, they would not be going to Qatar. This is the problem: identity politics is a total distraction from real injustices. The fact that so many very rich corporations and individuals have embraced this stuff should be an indicator that it suits them. It gets people off the subject of economic inequality.

O’Neill: Wokeness is a new term for political correctness, for identity politics, for ensuring that you have the correct opinions and that anyone who does not will be punished. The SDP has probably been one of the bravest of all the parties in terms of its position on some of these woke issues. I want to ask you about the SDP’s position on transgenderism in particular. How do you see this issue? And why do you think it has become such a difficult one for us to have a discussion about?

Clouston: There are some people who are trans and that should not really be a problem in a very liberal society like ours, as long as you respect that there are some boundaries and accept that biological sex, particularly female biological sex, has some salience. You cannot just pretend that if you or I said we were a woman, that this should give us access to any physical place – whether that’s a sporting podium or a changing room.

The trans debate is no longer about these practical questions. It is just part of the ultra-progressive project of woke, which has got into the realm of language control. If you step out of line from the woke view, you are going to get hammered – even if your view is well grounded in biological and scientific reality.

I think there have been some signs recently that the progressive side is overreaching and people are seeing that cancel culture is wrong. I am reasonably optimistic on this. I always like to try to talk about solutions. So what are the solutions?

Ultimately, we can’t let people stifle the free speech of others. The SDP’s arts policy is that if your arts space starts banning particular exhibits, it will just lose its funding. And by the same token, a university that presides over a situation where a decent philosopher can be hounded off campus by a mob has got to lose funding, too. The Tories are quite poor on this. They have got to be more muscular. There has got to be some consequence for trying to suppress people’s opinions.