If bisexuals are a persecuted minority, then I’m a rainbow-coloured cupcake. 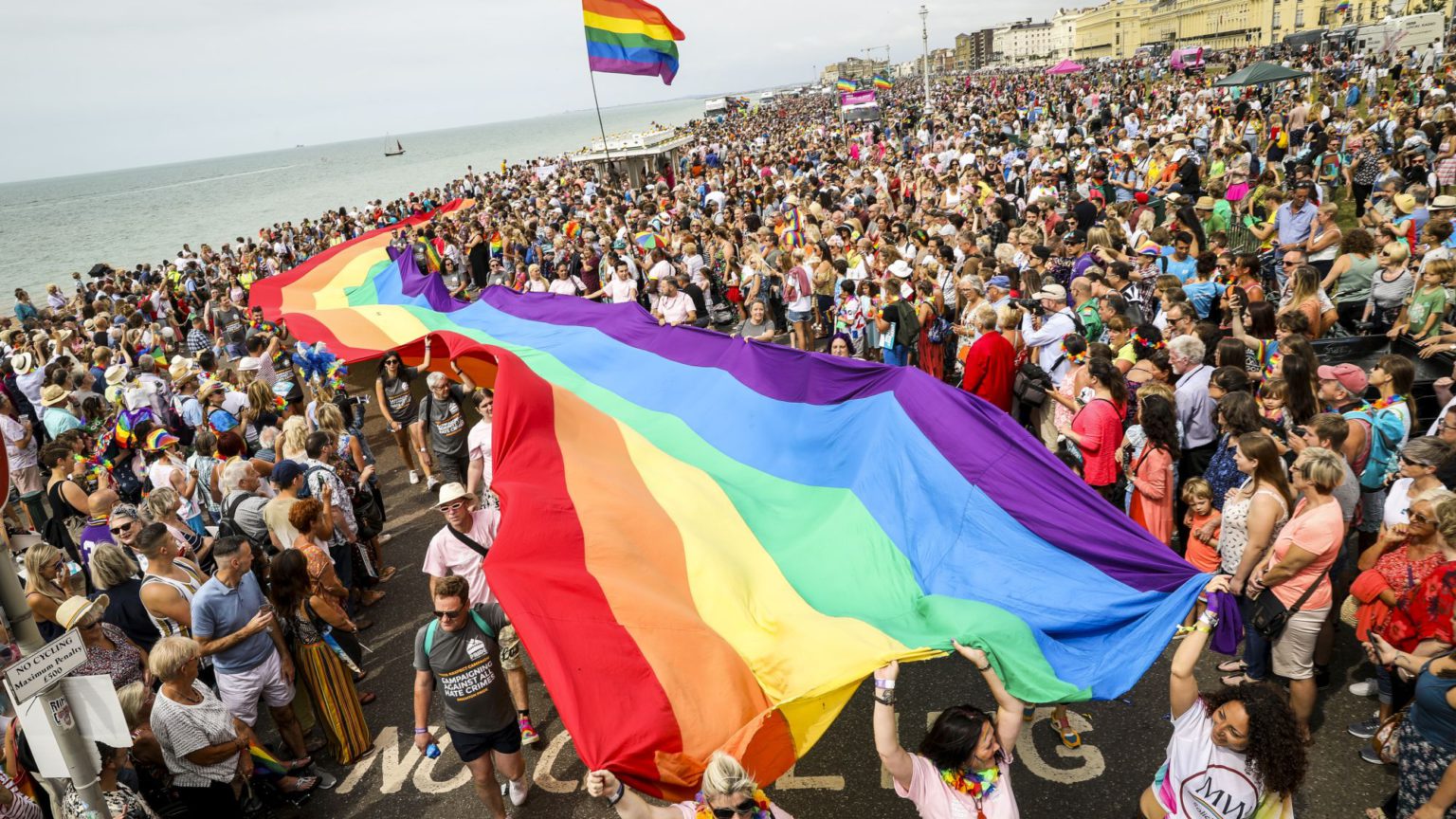 I’m always suspicious of being ‘proud’ of anything you didn’t actually achieve for yourself. You might be proud that you can run really fast or write really well. But being proud of something you had to make no effort to be? That’s like someone saying they’re proud to be beautiful, or proud to have inherited wealth.

You can understand why people who have been treated as inferiors, sub-humans even, would want to stand up and shout about the fact that they are equals. No one in their right mind would deny the desirability of this. But even then, I don’t see how pride comes into it.

These are of course extreme cases – but my point is that while being proud of individual achievements is healthy, being proud of an accident of birth is very illogical, and very divisive. The black civil-rights movement in the 1960s – a group of people seeking to achieve equal rights with a larger group of people actively involved in intimidating them – made perfect sense and could only have a positive outcome. But it’s telling that Dr King’s dream was of ‘a day when people will not be judged by the colour of their skin, but by the content of their character’.

The murder of Dr King understandably led black Americans to feel great anger, and to be more receptive to the ideas of the Black Power movement – which had some excellent initiatives, such as the 1969 breakfast programme run by the Black Panthers, recalling the recent free-school-dinners crusade by Marcus Rashford. Free Breakfast For School Children began in a church in Oakland, California and within weeks was feeding hundreds, then thousands of children across the US. Black Panther members and volunteers went to local grocery stores to ask for food and prepared and served the food free of charge; teachers immediately reported a difference in the poorest children’s behaviour. ‘The school principal came down and told us how different the children were’, said Ruth Beckford, a church member who helped with the original project. ‘They weren’t falling asleep in class, they weren’t crying with stomach cramps.’ Now that’s the stuff people can feel proud about.

But when serial wife-beater, Nixon-supporting, Vietnam War-recruiting James Brown released ‘Say It Loud – I’m Black And I’m Proud’, the rot was setting in. The lack of class analysis involved in the politics of Black Pride basically gave the ruling class a free pass which continues to this day; the homeless black man living on the streets of California has far more in common with the white man in the next shop doorway than he does with the Duchess of Sussex in her gated $15million mansion a few miles away, although critical race theory would have it otherwise.

Watching privileged, white young people who had never shown any interest in the ever-worsening situation of the dirt-poor white population of their country screaming that Black Lives Matter was obviously going to lead to a situation where the rust-belt proletariat would feel goaded into a similar identity politics. In its most extreme incarnation, it would lead to the Proud Boys – that word again! – ironically led by Enrique Tarrio, an Afro-Cuban American. Let’s hear it for the melting pot!

While pride in one’s colour can be sinister, in the arena of sex it becomes plain silly. Why would one be proud of one’s preference as to where one wants to stick one’s genitalia? I would add that I refer only to modern times – it was quite gutsy to be a homosexual here when it was illegal. And in the many Muslim countries of the world where homosexuality is still a crime punishable by death, it’s very brave. But here, in 21st-century Britain? The great David Sedaris has said that being gay is the only thing stopping him from being cancelled as he is a rich, white, un-woke, middle-aged man.

So I was somewhat underwhelmed to hear that we recently celebrated Bi Pride Week. Of all the endless sexualities now on offer – a veritable pick’n’mix of identities – surely bisexuals are the luckiest of the lot? Basically, the whole world is our potential dating pool – or was, when we were young and cute.

Because of the obvious privileges this bestows, bisexuality is rather disapproved of by the Woke Sex Stasi, hinting as it does at romps and other fun permutations. Bisexuals seem a little too easygoing for the monstrous regiments of blue-haired Violet Elizabeth Botts – a little too ‘Whatever!’. The preferred word is now ‘pansexual’, which always makes me laugh as it suggests a person who is only interested in having it off with someone who has the hindquarters, legs, and horns of a goat – quite niche.

Though I’ve had my moments with the ladies, I’m not sure I would use the word of myself – it reminds me of ‘bicycle’ and I hate bicycles, and also of The Rocky Horror Show, which I know I’d loathe. When I eloped with a girl in 1995, I said to the press: ‘Miss Raven and I are not lesbians – we are merely in love.’ At the time it seemed a bit cowardly, but looking back I see it was the perfect choice – respectful to proper lesbians. Knowing my bad self as well as I do, I knew it wouldn’t be long before I was back in the dick-sand, and sure enough within six months I was shacked up in Brighton with her kid brother.

Still, bisexuality does seem the most sensible of choices – and it does annoy the uptight wokers, for whom sexuality must always be a grim struggle.

I was interested to read an interview with actress Cynthia Nixon – once married to a man, now to a woman – saying the thing my type always says: that we’re attracted to personalities rather than bodies. Her trans child sighed and said, ‘That’s such a bisexual thing to say’ – as if it was bad to be open-minded!

And now Nixon, like so many older people bullied by their woke spawn, calls herself ‘queer’ – that weasel word used by people who want all of the cachet and none of the beatings (or indeed beheadings) of being gay on the un-sunny side of the street. ‘To say “queer” means, I’m over there, I don’t have to go into the nuances of my sexuality with you’, Nixon opined recently. That it once rang in the ears of gay men being kicked unconscious doesn’t seem to matter to these pitiful trend-chasers.

I’m pleased I was born a tiny bit bisexual – but to be proud of it would be as weird as being proud to be born with two feet. It just makes life easier. As James Dean is reported to have said when asked if he swung both ways, ‘Why would I want to go through life with one hand tied behind my back?’

If bisexuals are a persecuted minority, then I’m a rainbow-coloured cupcake.