People will not put up with being pushed around forever. 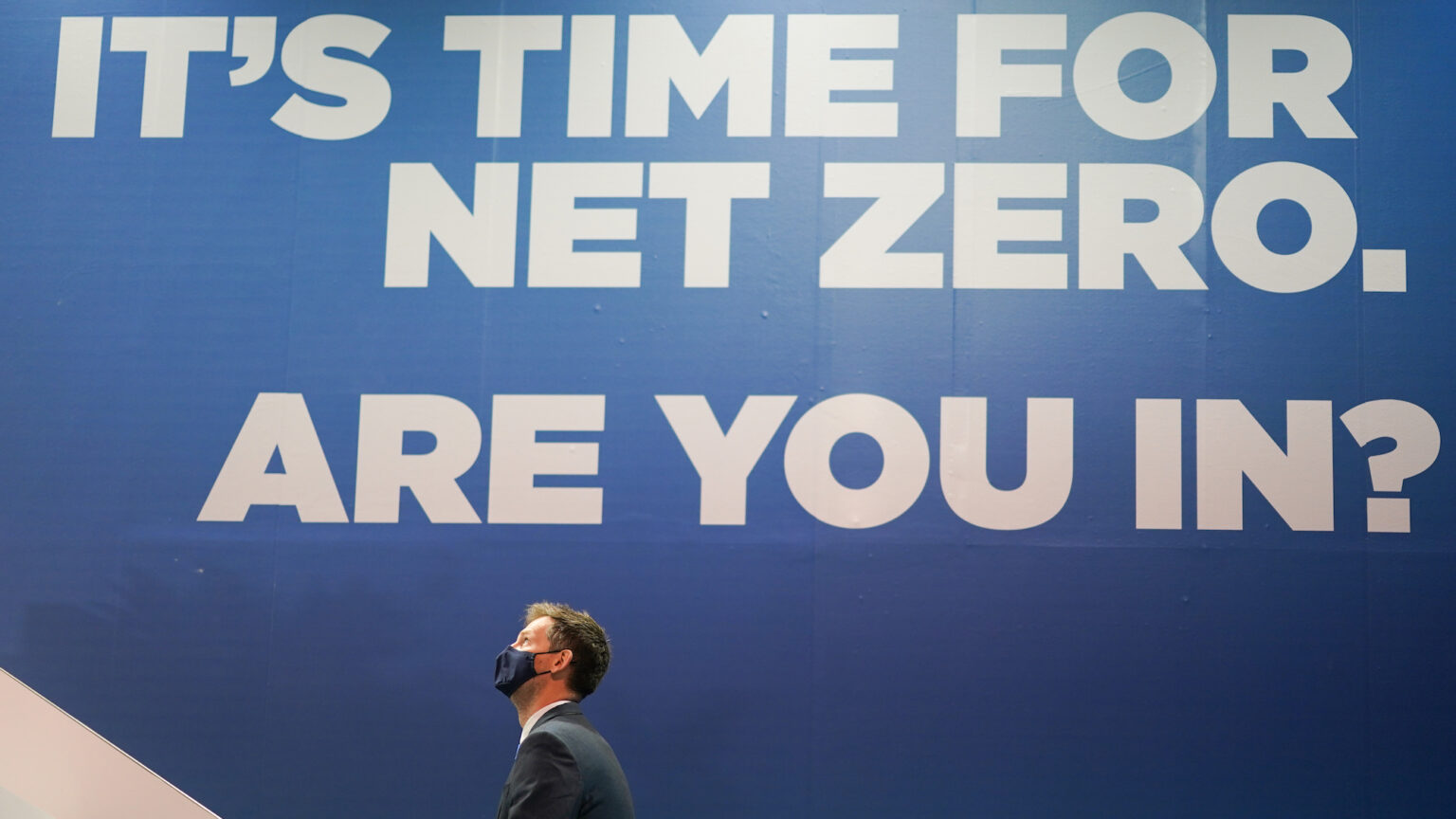 The celebs, the extravagance, the private jets… the hypocrisy of COP26 makes it easy to lampoon, with world leaders and activists emitting more carbon dioxide in a few days than some would muster in a lifetime, all in order to intone piously about the horrors of climate change.

But I for one wouldn’t have it any other way. For one thing, the gilded nature of these eco gatherings helpfully reminds us of the environmentalists’ guilty secret: that for all the crocodile tears in Glasgow about the lot of the world’s poor, environmentalist politics remains a thoroughly elite preoccupation, which evaporates upon contact with ordinary people.

Poll after poll tells the same story. People are concerned about climate change and want something done about it. But they quite understandably don’t think that their (often already quite tough) lives should be made markedly worse, more expensive and less convenient in the pursuit of the environmentalist dream.

A poll of Brits from Portland Communications this week captures this conundrum. Only eight per cent think the prime minister should stop banging on about climate change, and majorities support the government taking action, but only seven per cent say ‘my family and me, and other families like mine’ should pay most of the price for tackling climate change.

What the green elites may decry as selfishness or short-termism is actually entirely sensible, or at least consistent with how democratic politics has essentially always run. People expect their lives to get better. They expect to live freer and more prosperous lives, and they elect people who they believe will best achieve that. But on green matters, politicians have quietly changed the terms of the deal.

For all Boris Johnson’s trademark boosterism about ‘green jobs’ and a ‘green industrial revolution’, even he admits the United Kingdom is making a ‘big bet on green technology’, hoping that breakthroughs in wind power, hydrogen and carbon capture and storage will deliver us to a green but still pleasant land.

The key word here is ‘bet’. Green technology is yet to ride to the rescue. The Climate Change Committee, which advises the government, recently chided Johnson for his ‘techno-centric’ approach to reaching Net Zero emissions by 2050, suggesting that given where the tech is at the bulk of restrictions will have to come from ‘behaviour change’, from people doing and consuming less.

So, in the absence of Boris’s much-hoped-for breakthroughs, the eye-watering costs of Net Zero (£1 trillion seems to be at the low end of the estimates) will be borne by those least able to afford it, and those least inclined to wear their hairshirt with pride. We will be expected, among other privations, to rip out efficient gas boilers, replace them with subpar heat pumps, and pay as much as £20,000 for the pleasure. Colder homes at exorbitant expense. This is the dreadful deal being pushed on the public and sold as progress.

Environmentalism is starting to look a lot like class war by other means. Research showing that members of eco-irritant troupe Extinction Rebellion are overwhelmingly posh surprises precisely no one. Nor do polls showing that the proportion of people who think climate is the most important issue declines steadily as you go down the social classes.

The gilets jaunes – the French populist revolt against green fuel taxes which began in 2018 – had a brilliant slogan: they’re worried about the end of the world, we’re worried about the end of the month. No form of words since has better captured the dynamic at play: those with the time and money to worry about climate change are forcing punishing policies on those who are struggling to make ends meet.

How to get the pesky public to agree to extreme climate action haunts green policymakers. There is constant talk of the need to ‘build a mandate’, betraying the clear lack of one at present. In 2018 the Green Alliance think-tank interviewed MPs to work out how green policies might be sold to their constituents. ‘I’ve knocked on hundreds, literally thousands of doors… and I just don’t have conversations about climate change’ is one of the more memorable quotes. Apparently the few constituents who did bend the ears of MPs over eco issues were ‘mostly affluent, educated city-dwellers’.

Greens have latched on to climate ‘citizens’ assemblies’ in a desperate attempt to conjure up the appearance of public support. Such assemblies are a key demand of Extinction Rebellion and one was set up at the behest of six parliamentary committees last year. The final report of the ‘Climate Assembly UK’ made clear it was an exercise in lending a thin democratic gloss to a predetermined policy. With the help of handpicked experts, including one David Attenborough, participants were asked to answer the question: ‘How should the UK meet its target of Net Zero greenhouse gas emissions by 2050?’ The wisdom of the target wasn’t really up for discussion.

Environmentalist policy seems to exist entirely outside the realm of democratic scrutiny. Britain’s 2050 Net Zero target sailed into law in 2019 after 90 minutes of backslapping ‘debate’ and no formal vote. The only opposition to it Labour can muster is to say it doesn’t go far or fast enough. The clear, measurable scepticism about punishing climate policies in the country at large has no expression whatsoever at Westminster.

Boris Johnson was put on the spot this week when he was asked if he thought Net Zero should be put to a referendum. This followed a YouGov survey that suggested a plurality support going to the people. Owing his premiership to another referendum, he was put in the uneasy position of saying consulting the will of the people this time around probably wasn’t a good idea: ‘I think this country has probably had enough referendums to be getting on with for a while.’

Perhaps a Net Zero referendum isn’t as straightforward a proposition as Brexit. For all the Remoaner claims to the contrary, that was a question of in or out. Whereas many people, I’m sure, support going green but just refuse to believe we must impoverish ourselves to get there. You’d hope that issues around climate and energy could be thrashed out in the traditional fashion, with the policies and trade-offs exposed and argued over by MPs in tune with the views of their constituents.

But something has got to give. The lesson of the past five years is that the public won’t put up with being pushed around forever. One way or another, they will make their presence felt.