‘Let’s go Brandon’ and the hysteria of the elites

A viral joke at Joe Biden's expense is being treated as a threat to American democracy. 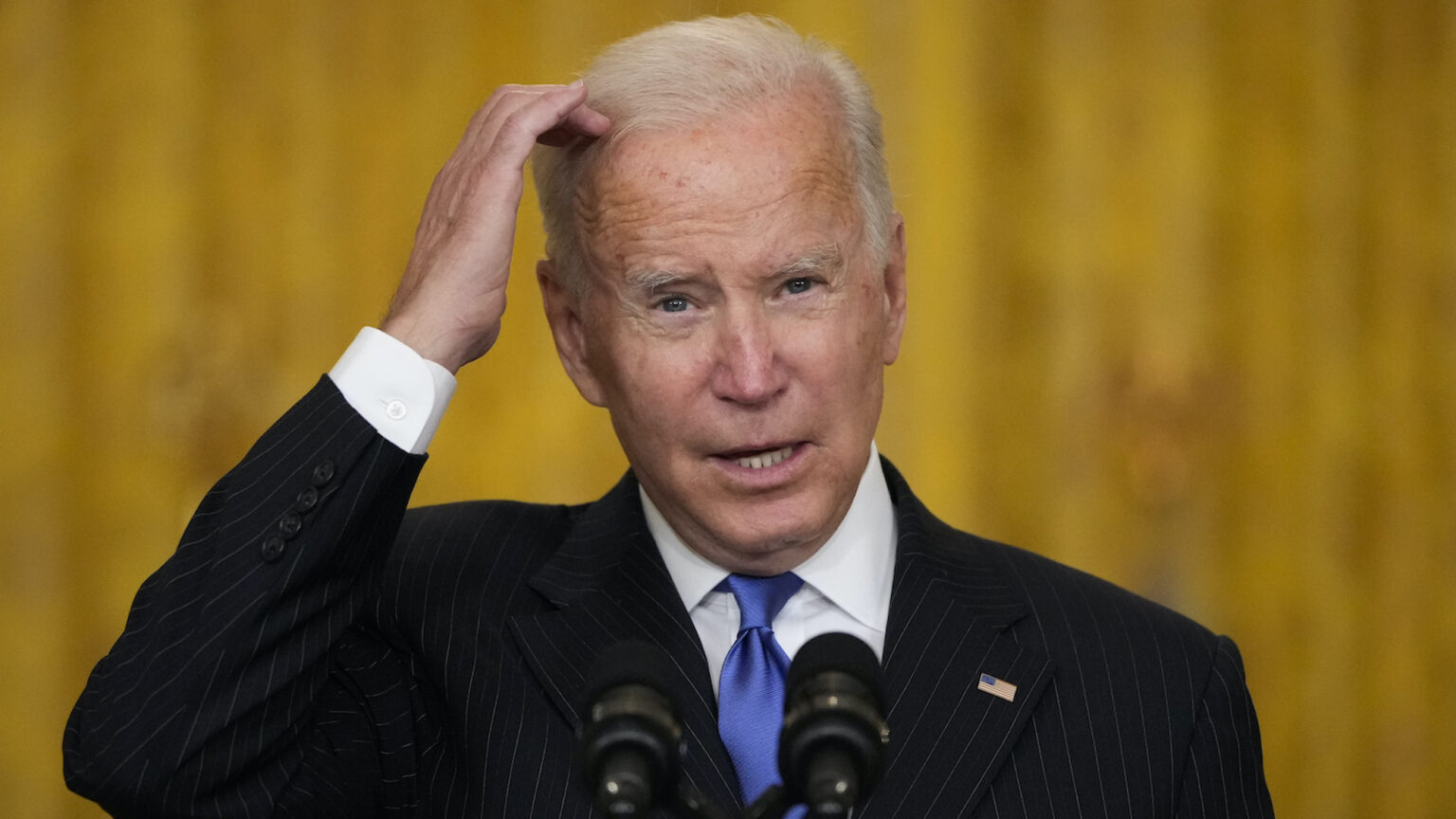 Brandon Brown had just won his first NASCAR race at the Talladega Superspeedway in Alabama, and the crowd were shouting something behind him. ‘You can hear the chants from the crowd’, said NBC Sports reporter Kelli Stavast, ‘“Let’s go Brandon!”’.

That was a month ago. Since then ‘Let’s go Brandon’ has become a viral joke, a seemingly anodyne few words of encouragement hiding an insult aimed squarely at the president.

Biden’s opponents are loving it. South Carolina Republican Jeff Duncan sported a ‘Let’s go Brandon’ face mask at the Capitol, while Texas senator Ted Cruz was caught posing with a ‘Let’s go Brandon’ sign at the World Series. When Biden paid a visit to a building site in Chicago to push his vaccinate-or-test mandate, he was greeted by the gently encouraging three-word phrase. The chant has even been set to music – Adele’s comeback single was finally booted off the top spot in the iTunes chart by rapper Bryson Gray’s ‘Let’s Go Brandon’.

It really is everywhere. Last week, a Southwest Airlines pilot even signed off his passenger address with a ‘Let’s go Brandon’. Which makes a change to being told to check if you’ve got all your belongings.

The popularity of the meme isn’t hard to understand, especially among long-demonised Trump supporters. Firstly, it provides a mockery of that endless, loud-hailed, celeb-mouthed ‘Fuck Trump’ that accompanied much of the previous president’s time in office. Secondly, it emerged from what looked like an all-too-typical mainstream media attempt to airbrush out any criticism of Our Saviour Joe Biden. And thirdly, liberals find it really, really annoying.

As a result, the ‘Let’s go Brandon’ meme has provoked a flurry of po-faced criticism from the liberal mainstream. Associated Press treated the phrase as if understanding it required a PhD in the hermeneutics of right-wing subculture, calling it ‘conservative code for something far more vulgar’, and deeming it a ‘slur’. Dana Milbank, writing in the Washington Post, says that while ‘half of America’s leaders are trying to govern… the other half are hurling vulgarities’. Another comment piece claims that those deploying the phrase are ‘weaponising the vulgar dehumanisation of our entire democratic – small-d – experiment’.

Can they hear themselves? They’re talking about a bit of accidental rhyming slang, not a far-right call-to-arms.

Besides, where exactly were all these self-appointed guardians of civility during Trump’s fractious tenure? He was serenaded by ‘Fuck Trump’ for every single day of his four years in power. No anti-Trump protest was complete without a four-letter salute to The Donald. Back then, bien pensant liberals celebrated these f-bombs. At the 2018 Tony Awards, Robert De Niro memorably announced, ‘I’m gonna say one thing. Fuck Trump.’ He was given a standing ovation.

Yet when Republican politicians or even an airline pilot say ‘Let’s go Brandon’ they’re treated as if they pose a threat to the body politic. CNN political analyst Asha Rangappa went so far as to liken the pilot’s sign-off to someone saying ‘Long live ISIS’. This prominent commentator apparently struggles with the distinction between being rude about Joe Biden and pledging allegiance to the Islamic State – between a juvenile wind-up and a political gesture in support of a genocidal regime.

This shouldn’t be difficult to grasp. Insulting, rude language is part and parcel of political discourse. It has its place. Sure, insulting politicians won’t advance political debate – after all, it’s often swearing to the converted. But it won’t end political debate, either.

Biden’s fan club really needs to get a grip.