The hate that dare not speak its name

Britain is in the grip of a pathological unwillingness to talk about radical Islam. 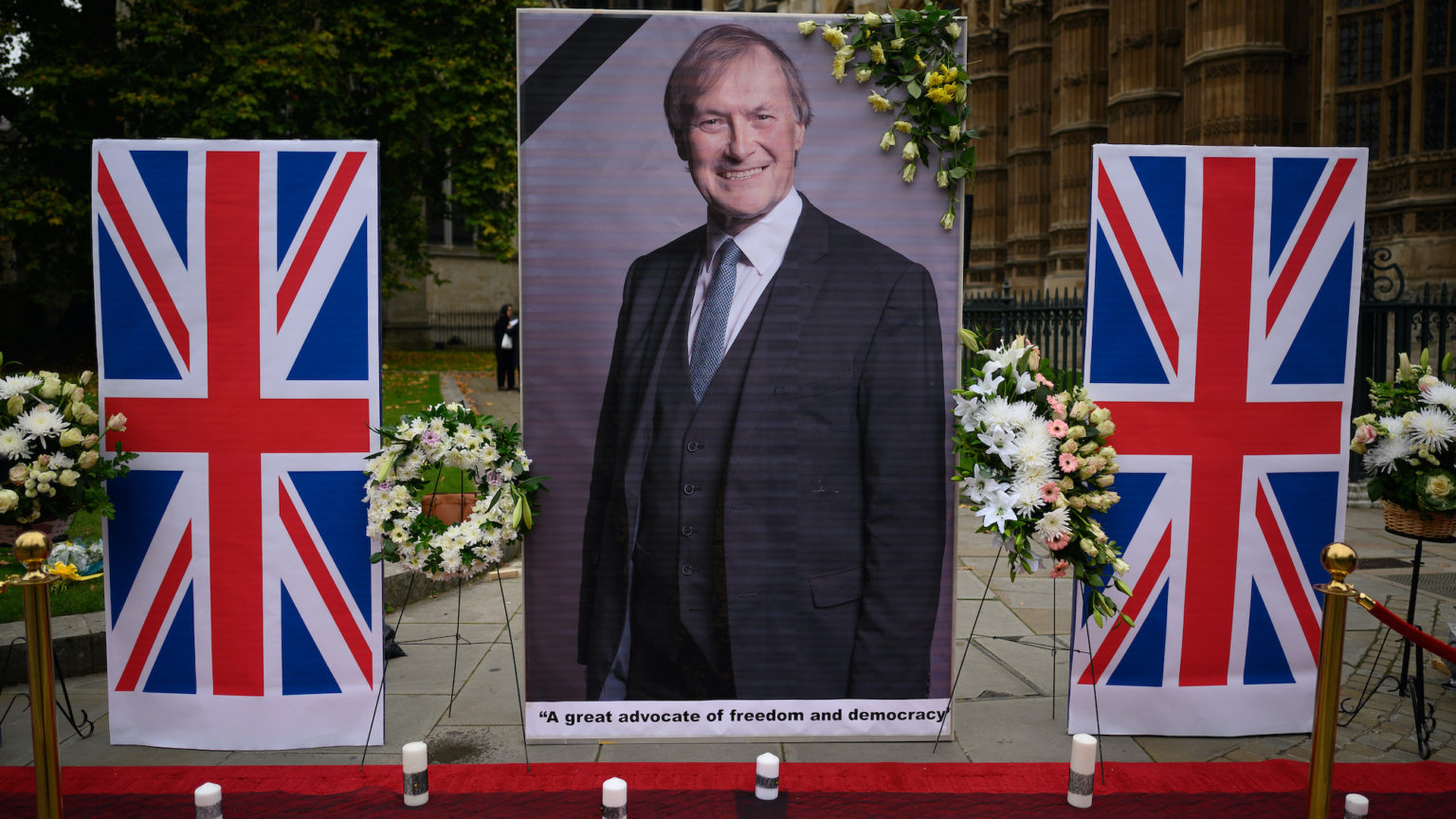 In the days since the horrific murder of Sir David Amess, Britain seems to have gone mad. Here was a good, much-loved politician allegedly slain by a young man who is currently being held under the Terrorism Act on suspicion of possibly being motivated by the Islamist ideology. And what are we talking about? Tweets. Online anonymity. The rude things members of the public say to politicians. The need to ‘be nice’. It feels increasingly unhinged. It feels like a displacement activity of epic proportions. A possible act of Islamic terrorism takes place, and the chattering classes gab about how horrible Twitterstorms are. What is going on?

It feels like the political class is gaslighting the nation. Reading the newspapers has become an entirely disorienting experience. ‘PM faces calls for “David’s law” to halt online abuse’ screams the front page of today’s Guardian. What does this mean? Was Amess subjected to online abuse? There’s no suggestion he was. So why are we talking about this? Why would a man allegedly murdered by someone who the police suspect had radical Islamist beliefs need to be memorialised with a law against saying stupid things online? The disconnect between what seems to have happened in Leigh-on-Sea and the questions and concerns now dominating political discourse is confusingly vast. It’s hard to make sense of it.

It really does feel like gaslighting. The public is subtly, cynically being encouraged to forget what we know, so far, about what happened to Amess and instead to focus on other things entirely. We’re being made to question our own grip on reality. Our eyes and ears tell us a possible religious extremist allegedly killed a politician and devout Catholic, and yet the political class tells us the real problem is mean tweets and public ridicule of MPs. Jess Phillips, with her staggering skill of making everything about herself, wrote a piece about Amess and included in it some of the instances of ‘demonisation’ she has faced. For example, some social-media users say Ms Phillips is ‘part of some establishment coup against the people’. What is this? How did we go from a suspected Islamic terror attack to an MP complaining about being called a member of the establishment?

A cloud of obfuscation covers the country. Consider yesterday’s discussion in the Commons. It was unnerving in its unreality. Yes, some fine tributes were paid to Amess, and who didn’t let out a cheer when Boris Johnson announced that Southend-on-Sea would be granted city status, something Amess campaigned for throughout his parliamentary career. And yet there was an elephant in the chamber. A great, stonking beast whose presence MPs refused to acknowledge as they instead told stories of personal abuse or called for a tightening of the laws governing what can be said online. The beast’s name? It’s that political-religious ideology that begins with the letter ‘i’. Are we allowed to name it out loud? Judging by its absence from political discussion over the past four days, it seems not.

There has long been a reluctance to grapple with the reality of Islamic radicalism, of course. What is striking this time is that the Tories seem to be as invested in this campaign of Islamist denialism as the left is. So Tory MP Mark Francois has put himself to the forefront of the efforts to honour Amess’s memory by toughening up the Online Safety Bill and renaming it ‘David’s law’. Online hate must be tackled, everyone cries, as if there is some kind of mystical link between an anonymous loser on Twitter calling Mark Francois a cunt and the existence of a radical religious ideology that has claimed the lives of scores of Britons in recent years, and might possibly have claimed the life of David Amess, too. Reality disappears in a puff of political opportunism and reality-avoidance.

It is undeniable now that Britain is in the grip of a pathological unwillingness to confront the problem of radical Islam. Even before this most recent suspected act of Islamist violence, the opinion-forming set regularly engaged in moral contortionism to try to avoid mentioning the i-word. Remember the fury in response to then UKIP leader Paul Nuttall’s use of the phrase ‘Islamist extremist’ in the wake of the Manchester Arena bombing in 2017? One is reminded, too, of Morrissey’s quip in response to Manchester mayor Andy Burnham’s description of the Manchester bomber as an extremist: ‘An extreme what? An extreme rabbit?’ An entire lexicon of condemnation has been created to police and punish too keen a concern about Islamic fundamentalism. ‘Islamophobic’ is the preferred reprimand used by those who want to shush anyone who raises awkward questions about the homegrown religious extremists who have visited so much horror on our fellow citizens.

In the wake of the Amess atrocity, all the talk among the political class has been about a ‘culture of hate’. There is a supposedly amorphous, free-floating hatred, akin to evil, I guess, that seeps from computer screens into people’s hearts and minds, polluting our souls and provoking unacceptable and even violent behaviour. We need to push back against this idea. It is entirely Orwellian. First, because it distracts our attention from real and dangerous forms of hateful thinking – such as radical Islam, for example – in favour of making us believe hate is a general, rife problem. It discourages reality-based, constructive discussion about the specific ideologies that contain genuinely evil components, and instead tells us hate is all around us – in your neighbours, some of your friends, Brexit voters, white men. The ‘culture of hate’ ideology fosters suspicion of the masses, of ourselves, while virtually criminalising serious collective efforts to tackle true hate.

And secondly, because it nurtures a new authoritarianism. The political elite’s war on ‘hate’ is, at root, an assault on freedom of thought and freedom of speech. Witness how left politicians describe everything from gender-critical feminism to Christian opposition to same-sex marriage as ‘bigotry’, confirming that extent to which perfectly legitmate moral viewpoints can be demonised through association with the ‘culture of hate’. Or witness how leading Tory politicians want to tighten the rules on what can and cannot be said online, ostensibly to tackle ‘hate’, but really to chill the apparently problematic openness of the traditionally unpoliced internet. The phrase ‘hate speech’ now plays the same role as ‘thoughtcrime’ in Nineteen Eighty-Four – it’s an all-encompassing reprimand, as liable to punish political provocation and intellectual dissent as it is to capture genuine expressions of racist or violent intent.

Stop talking about Islamic extremism and start focusing on the hatred in yourself and your communities – this, in essence, is what the political establishment is saying to us. For how much longer are we going to put up with this? With this besmirching of the public, the vast majority of whom are good people, and this curbing of free, frank discussion about those among us who are not good people? We should refuse to tolerate this gaslighting. Our rulers may be vacating the realm of reality, but it’s still where the rest of us live.