The Newcastle takeover is a sad sign of the football times – but that’s not the celebrating fans’ fault. 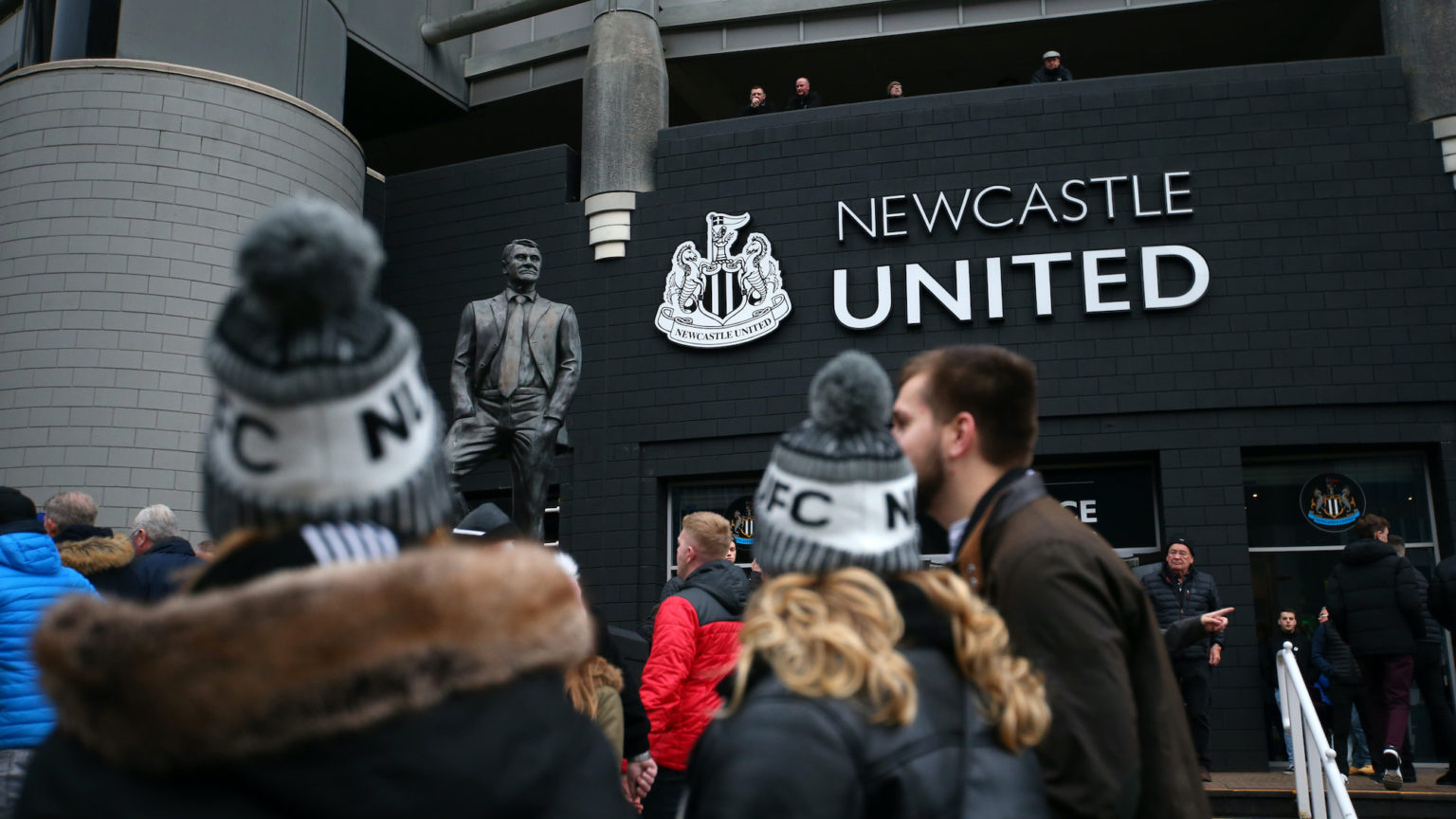 The Saudi takeover of Newcastle United is another sign of the wretchedly degraded state of the people’s game. As pointed out elsewhere, in Saudi crown prince Mohammad Bin Salman, we now have a football club owner who doesn’t just fantasise about murdering critical journalists, but allegedly orders it done. But that’s not the fault of Newcastle fans. Nor is it their responsibility to correct the much-maligned ‘moral compass’ of the elites of Planet Football and world politics.

When the £305million takeover by a Saudi-led consortium was finally announced last week, thousands of Newcastle supporters staged an impromptu party-cum-affray outside the St James’ Park stadium. The incongruous scenes of Geordies donning tea-towel ‘Arab headdresses’ while hurling cans of beer around attracted sneering criticism from the self-righteous high priests of sporting morality across the media and social media. How could these ignorant plebs celebrate ‘football’s darkest day’?

Anybody might think that the Toon Army of Newcastle fans had signed up to join the Saudi armed forces in their bloody war in Yemen, rather than rejoicing at the end of Mike Ashley’s dreadful 14-year regime, while entertaining wild dreams of winning their first proper trophy in more than 50 years.

As ever, the socca snobs who profess to love the ‘beautiful game’, but who fear and loathe the ‘ugly’ working-class people who watch and play it, were quick to put the boot into the fans for failing to do as they are told. Yet if you are seriously concerned about the advance of Saudi economic influence and ‘soft power’ in the UK and the West, why single out near-powerless Newcastle fans for public shaming?

The British government and business class appears to have few qualms about doing major deals with the dark forces of the Saudi state. The Department for Trade and Industry’s guide to exporters boasts that:

‘Saudi Arabia is one of the UK’s most important trading partners. The UK exported £6 billion worth of goods and services to Saudi Arabia in 2018 (ONS, 2019). British companies present in the market include Shell, GlaxoSmithKline, BAE Systems, Rolls Royce and Unilever.’

There are likely to be few Newcastle season-ticket holders among the directors or ministers responsible for those close relations. Then there are Britain’s multi-billion-pound arms exports to the militarised desert kingdom, much of them via ‘opaque’ under-the-counter licensing deals that make Mike Ashley’s alleged financial shenanigans look like a paragon of fiscal probity.

Nor have the football and political authorities previously been shy about embracing other dubious, anti-democratic regimes in the Arab world.

There was a good joke doing the weekend rounds about how the ‘new Afghan government’, the Taliban, was now predicted to buy Middlesbrough FC, Newcastle’s even-worse-ailing neighbours in the north-east. Yet perhaps the notion of Taliban fans being welcomed into football’s boardrooms is not quite so far-fetched. After all, the United Arab Emirates regime which now owns Manchester City recognised the last Taliban government in Afghanistan, and the Afghan Islamists have long been funded by wealthy supporters in the Gulf States. Qatar, due to stage the FIFA World Cup next year, previously hosted the Taliban government-in-exile.

The criticism of the Geordie celebrations shows how football, long seen as an escape from the problems of real life, is instead now expected to solve social problems, from racism in Britain to women’s oppression in the Middle East.

According to the over-inflated doctrines of Soccerism, football must now act as a woke role model for society, seizing the moral high ground and showing the masses how to play the game and bend the knee to the new rules. By which standards presumably those Newcastle fans should have been protesting against the takeover by a consortium that threatens to spend a fortune on their club.

Hadaway and shite, man, as Geordie wisdom might have it. Supporting a football club is still about emotional escapism, not political activism. Like other opposing fans, I have in the past enjoyed the spectacle of distraught Geordie supporters greetin’ on the Gallowgate End. But they are not to blame for the record of whichever rich bastard buys the club.

One fortysomething fan spelled it out to the Guardian during the festivities outside St James’ Park:

‘As fans there’s not a lot we can do about the human-rights stuff… We’re all wearing clothes borne out of sweatshops in countries with human-rights issues. The moral compass is always a strange one in times like this. As fans, especially as downtrodden as ours, you’ve got to be allowed to enjoy a bit of hope, and that’s the priority today, not about human-rights issues. Hope for the club, hope for the area.’

At the same time, of course, take a step back and the latest takeover is another sign of grim times for real football. After the unhappy Ashley years, it further embodies the increasing distance between supporters and the legal proprietors of the clubs of which we claim moral ownership. Despite the backlash against plans for an elitist European Super League, there seems little prospect of much changing.

A football club like the one I support has never really been ‘ours’ since 1902, when a group of local businessmen bought the bankrupt Lancashire and Yorkshire railwaymen’s team of Newton Heath and changed its name to Manchester United.

Now, however, the dodgy local burghers are being replaced by despicable global billionaires, and the clubs are less ‘ours’ than ever. Barring an unlikely proletarian revolution, we can only watch with something close to envy as the Toon Army celebrates, and perhaps hope that our clubs are bought by ‘better’ billionaires who will spend fortunes rather than just leech off the club, like the grisly Glazers who own United.

That said, to coin another famous Geordie-related saying, if Newcastle maintain their tradition of blowing the chance to win something, we will love it, love it.