Time’s up for the Northern Ireland Protocol

If the EU won't renegotiate it, then the UK needs to suspend it. 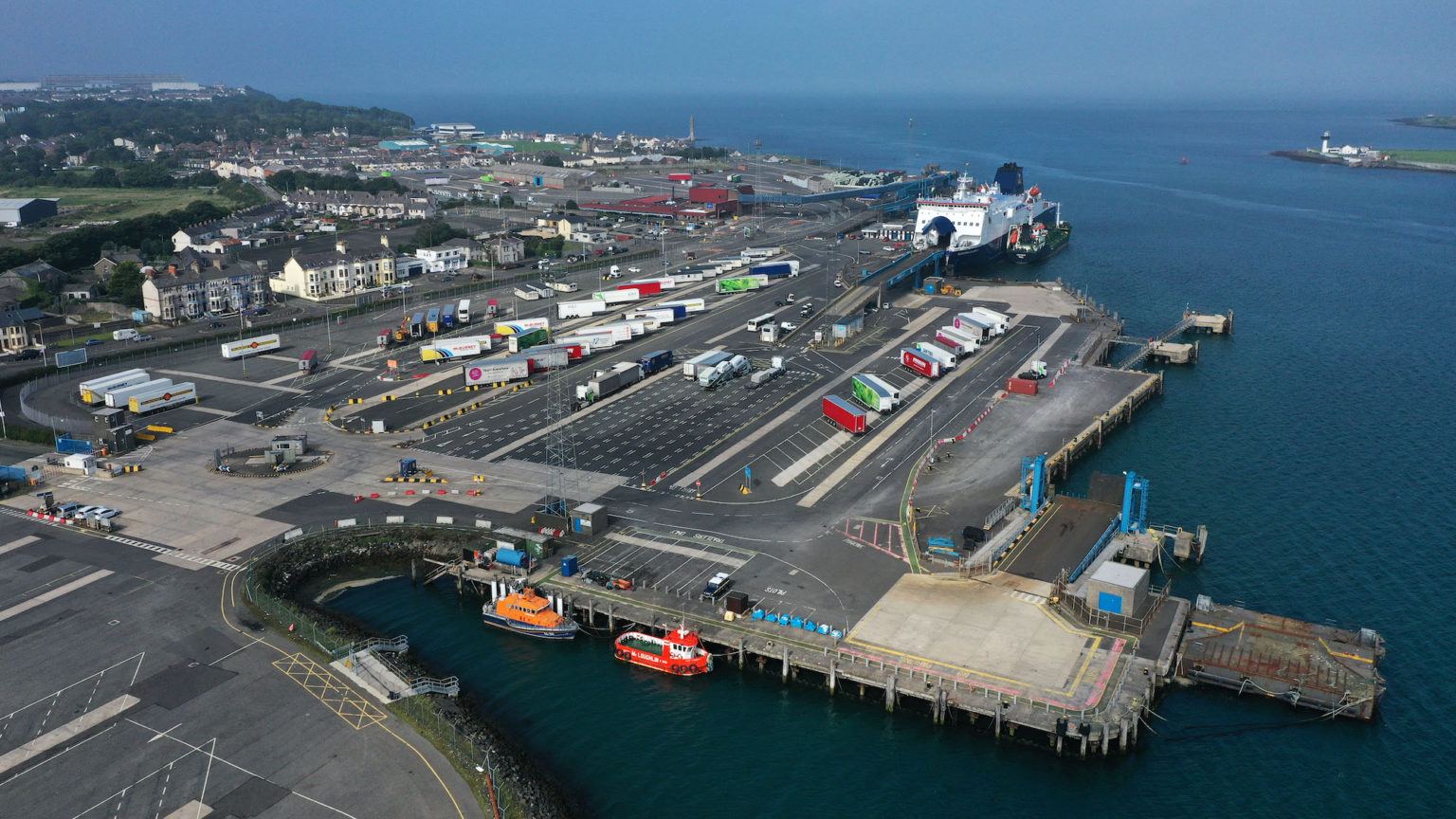 UK Brexit minister Lord Frost has repeated his intention to invoke Article 16 of the Northern Ireland Protocol if the European Union does not agree to renegotiate it. This would effectively suspend the protocol.

Talking at the Conservative Party conference in Manchester on Monday, Frost clarified his expected timetable for negotiations with the EU. These negotiations will draw on Frost’s July command paper, where he proposed four key changes to the increasingly dysfunctional protocol. The most important of which was the plan to limit full customs declarations and checks for goods going from Great Britain to Northern Ireland to those goods bound for the Republic of Ireland. Secondly, the command paper argued that firms in Northern Ireland should be allowed to work to UK regulations if their goods were not to be sold in the EU – while medicines should be removed from EU control altogether. Thirdly, UK control over VAT rates and administration should be extended. And fourthly, the jurisdiction of the European Court of Justice should not apply to Northern Ireland.

The command paper itself contained no timetable, relying instead on Frost’s preference for an agreed, negotiated approach to reforming the protocol. However, the lack of any response from the EU has made Frost sceptical that he will be able to reach an agreement on the ‘significant change’ the UK needs. ‘We cannot wait forever’, he said on Monday. ‘Without an agreed solution soon, we will need to act, using the Article 16 safeguard mechanism to address the impact the protocol is having on Northern Ireland’.

The threat to use the Article 16 get-out clause to legally suspend important parts of the protocol will come as no surprise to the EU. The threat has been made in public several times, both by Frost and by the prime minister, Boris Johnson. Indeed, the EU ambassador in London reacted to Frost’s speech by saying that there was nothing new in it. The EU will also know that Johnson is not only fully behind Frost but is also taking the lead.

What is new is that the UK now has a clear timetable for renegotiations. The expectation is for an EU reply to the command paper’s proposals within the next 10 days. Frost says this should not be the EU’s usual litany of take-it-or-leave-it demands, but instead be a basis for negotiation. Frost then envisages a short, intensive negotiation over a period of around three weeks. He says privately that he very much wants to avoid prolonged disagreement and is aiming at a quick resolution. ‘I personally believe’, he said in his conference speech, ‘that there comes a decision point, probably around early November, when we know an agreement can be reached or it cannot and certain consequences flow from that’.

The UK government is helped by the strong tone of defiance from the Democratic Unionist Party in Northern Ireland. New DUP leader Sir Jeffrey Donaldson has already blocked meetings of the North / South Ministerial Council, the key cross-border institution of the Good Friday Agreement. And he is also threatening to bring down the Northern Ireland Assembly, which would require new elections – these would in effect constitute a referendum on the protocol. After a period of crying ‘betrayal’, the DUP is now, according to Donaldson, ‘greatly encouraged’ by Johnson’s intentions.

Frost has also clarified what might happen if and when the rock of UK determination meets the hard place of an EU refusal to budge. The UK government is making it clear that it will make unilateral changes to the protocol if the EU refuses to cooperate.

EU, and particularly French, politicians have been making informal threats of tariff reprisals if the UK invokes Article 16 – just as they have threatened to cut off electricity to the Channel Islands if their demands on fishing licences are not met. Until this week, any questions to UK officials about such potential tactics were met with a breezy expectation that the EU would cooperate. But this week the UK’s resolve is stiffening, and Frost has said that the UK will react in a ‘robust’ manner if the EU launches retaliatory action.

The parameters of the conflict are now set. The UK wants the protocol reduced to the minimum practically needed to give the EU Single Market adequate protection without requiring the raft of unnecessary controls between Britain and Northern Ireland. And the DUP wants a restoration of Northern Ireland’s integral place within the UK internal market.

The days of the EU greeting UK proposals on Ireland as ‘magical thinking’ or ‘delusional’ are long past. And the mood is now more pragmatic across much of the EU. The exception is Macron’s France, which appears up for any fight with post-Brexit Britain. But, overall, it is in the interests of the EU to settle the Northern Ireland sore spot and move on. The non-operation of much of the protocol under the continually extended grace periods for supermarkets, medicines, pets and parcels already demonstrates that the dangers to the EU’s Single Market from a relaxed protocol are minimal. Cool heads in Brussels will realise that digging a deeper hole in Northern Ireland is counter-productive. The priority now may be to give ground while saving face. Frost will surely help the EU to do just that.