‘The culture war is just privileged people looking for problems’

Julia Hartley-Brewer on how identity politics turned the world upside down. 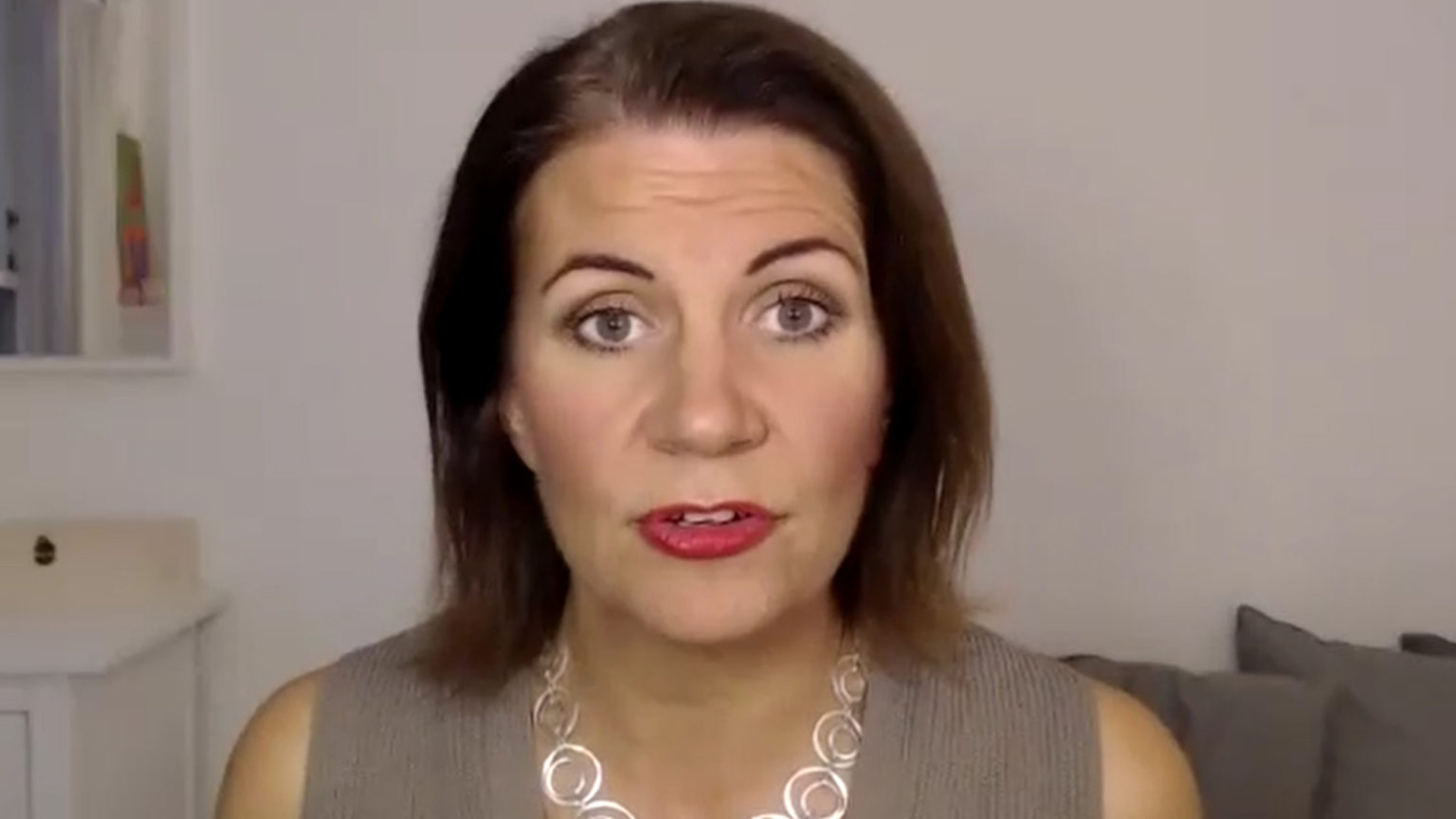 The culture war rages all around us. Practically every week there is a new campaign to get someone cancelled for holding the wrong views. Accusations of new and invented bigotries are levelled in every direction. No one can keep up with what right-thinking people are expected to believe or even how we are supposed to address each other. How did politics come to be so mad? And why has it become so utterly divorced from the concerns of ordinary people?

Julia Hartley-Brewer is the host of talkRADIO’s breakfast show. She returned to The Brendan O’Neill Show podcast for a special live episode. Julia and Brendan discussed where the culture war came from – and how we can win it. What follows is an edited extract from the show. Watch the full thing here.

Brendan O’Neill: I want to kick off with one of our favourite topics of conversation: how completely insane the world has gone. Imagine if, five years ago, someone had told you that female MPs would be hauled over the coals for saying that only women have a cervix. Or that middle-class eco-loons would be blocking the M25 in protest against climate change at the exact moment that we have an energy-provision crisis. Or that the BBC would be putting out content about the problem of white privilege and encouraging its staff to play white-privilege board games to work out just how sinful they are. You would have thought it was all impossible. But all of that stuff has come to pass and much more besides. The descent has been quite rapid, hasn’t it?

Julia Hartley-Brewer: It’s like one of those really bad BBC Two satire shows that Nish Kumar got commissioned to do for some reason utterly beyond me.

I remember the night before Brexit day, going to a wonderful dinner with about 50 hacks, all of them Brexiteers. It was a fun night and very drunken. We were all talking about what the next battleground would be. We said it would either be the culture war or climate change, or a combination of the two. I didn’t think that we would be battling both, at the same time as battling for the right to book a holiday, and for our daughters to go to school. Call me old-fashioned, but I thought those things were a given.

I have a three-and-a-half-hour breakfast show. Every single day for three years I have been sitting down and asking how we can fit in every single really important topic. How we can tackle it and talk some sense about it, so that listeners can know that there’s someone out there who is sane. One of the things I try to do with my show – and I know you try to do with spiked – is to let people know that they’re not alone. There are millions of us who are looking at the culture war and wondering what the hell happened. I’m buggered if I know, frankly.

O’Neill: That’s really the issue, isn’t it? That extraordinary, chasm-sized disconnect between what passes for politics today, especially the more woke form of politics, and what ordinary people think. One of the great things about what you do and hopefully what spiked does is to, as you say, provide an oasis of sanity for people in a sea of madness.

Let’s dig down into the culture war. The BBC director-general, Tim Davie, recently said that the problem for the BBC was that it was really hard to be impartial in the culture-war era. He said the BBC gets attacked from both sides. But it strikes me that the BBC is a leading protagonist in the culture war. There’s this very strange phenomenon where some of the key figures who are pushing culture-war ideas always deny that they are doing it. And they accuse people like us of being the real culture warriors. How do you understand the culture war? And why do you think it’s becoming a problem?

Hartley-Brewer: I think that, fundamentally, this is a bunch of very privileged people, largely white and middle class, who have got too much time on their hands and whose lives are too easy. They are looking for problems.

We all have friends and family members like that. But now we have a whole class of people like that. It’s really tiring. In the normal world, we would all have told them to shut up. They are the pub bores. But now they are running the shop. What we used to think was limited to just a few crazy people in American universities and a few people at left-wing magazines is now pervading our culture. This stuff is being thrust down our throats by politicians. By diversity managers in pretty much every corporation. By the mainstream media. By social media. And it feels like a very scary place to be right now – to be someone who is saying no.

O’Neill: I think you’ve touched on something really important, which is just how regressive the culture war is. If you raise any criticism of the white-privilege agenda, for example, you are instantly denounced as racist. If you raise any questions about the trans agenda, you are called transphobic. A lot of these culture warriors fantasise that they are in the same tradition as the civil-rights movement of the 1960s, or the second-wave feminist movement of the 1970s and 1980s. But in my mind, they completely undermine those traditions. They have rehabilitated colour over character, which is the exact opposite of the civil-rights movement. They have rehabilitated misogyny with the way in which they denounce ‘witches’ and ‘hags’ who dare to raise critical questions. Aren’t these ‘progressives’ actually far more regressive than they realise?

Hartley-Brewer: Absolutely. It’s McCarthyism. Think about how you’re not allowed to question ‘The Science’. It’s so laughable that there is a capital ‘T’ and a capital ‘S’ in it.

You and I were raised in similar traditions. My background was on the left. My parents were working class and it was a massively Labour-supporting family. I was taught that you debated things, you were valued for what you contributed, what you had to say and what you did. When I was at school and university, and in my first 20 years as a journalist, the idea that you would shut down debate was seen as bizarre. For that to change, particularly on university campuses, is very, very scary. Debate is the basis of everything that we value in the West – of science, reason, logic and progress.

Things that were considered progressive in the 1980s are now considered totally unacceptable. Something I said even five years ago, or frankly five months ago, could be out of date. There is this desire to start from Year Zero pretty much every week. But at the same time we have offence archaeology, where anything anyone has done before has to be punished. That’s true even if they were 14 at the time and wrote a tweet that someone didn’t like. I find that chilling.