The murder of Sarah Everard is not all about you

Please stop projecting your middle-class neuroses on to this dreadful crime. 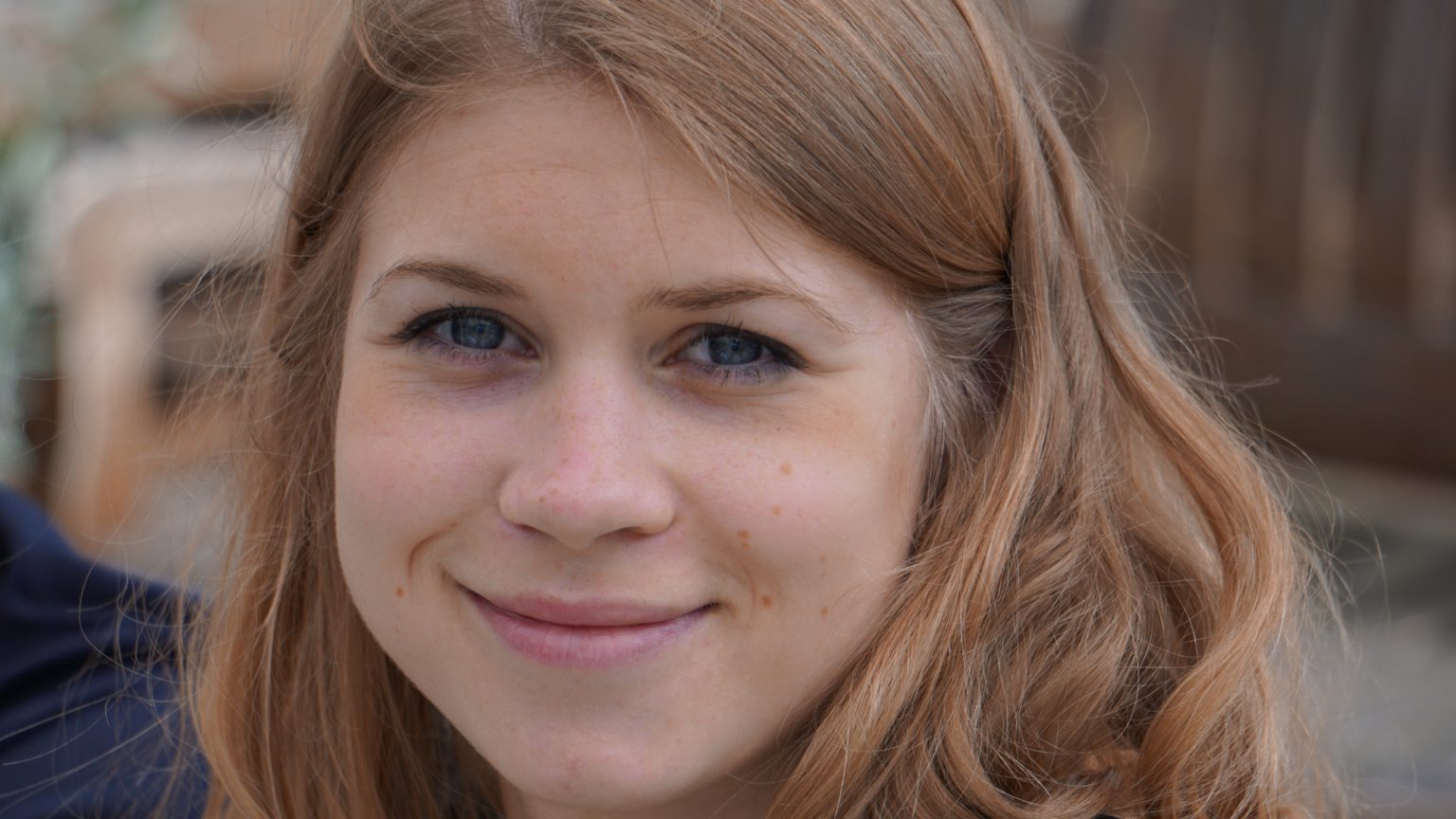 So, Wayne Couzens will die in prison. Good. What he did to Sarah Everard is deserving of the severest punishment society can mete out. And in England, that is a whole-life prison sentence, a promise by the state that this individual who has done something so unspeakable, so counter to the morality of our society, will be deprived of liberty for the rest of his life. Couzens will rot in obscurity, and that will please the people of this country as much as it has offered some crumbs of comfort to the grieving family of Ms Everard.

Now that this monster has been swiftly and justly dealt with, it would be a good time to forget about him and to remember Sarah. It would be apposite to put Couzens out of our minds and instead reflect on this young woman, just 33 when she was abducted on 3 March, who is described by her mother as caring, funny, clever and a ‘beautiful dancer’. Sadly, though, something is getting in the way of such reflection – the relentless, sometimes ghoulish politicisation of Sarah’s murder by campaigners and individuals who want to make a point about themselves and about society. Some seem keen to make the killing of Ms Everard all about them and their fears and beliefs. It has become, quite frankly, obscene.

It is perfectly understandable that people across the UK were shaken by the murder of Sarah Everard. Details that emerged during the trial of Couzens were genuinely horrifying. That this serving police officer used his authority to falsely arrest Everard, handcuff her, and then drive her away so that he could rape and kill her, is an affront to civilisation itself. He exploited his position of power to visit unimaginable suffering on a young woman who had merely been walking home from a friend’s house. It makes sense that a crime like that would send a jolt through the nation.

But something else has happened, too, something more disturbing. Some have used this tragedy almost as a platform to further their political agenda or just to express their own middle-class neuroses. Feminist campaigners have cited the killing of Ms Everard in their efforts to raise awareness about male street harassment, as if the evils of rape and murder are on a spectrum with the oafish behaviour of a few unreconstructed blokes. Newspaper columnists weaved the killing of Everard into their own personal memories of being shouted at or wolf-whistled at by stupid men – proof that there is no event so horrific that it cannot be marshalled by the media class to tell a story about me, me, me. Now, some radical leftists are turning the Everard horror into a launchpad for their police-bashing, for their thoroughly bourgeois political project of ‘defund the police’. That Couzens was a cop proves we are right to say ACAB, they’re essentially saying.

Everywhere one looks, the story of Sarah is becoming the story of other people. The tragedy of her murder is being reshaped into a moral lesson for the nation, into a teachable political moment, and, worse, into a kind of therapist’s couch for middle-class influencers who feel fearful of the police or of men or just of life in a busy urban centre like London. It all feels so cynical, and deeply wrong.

Very soon after Ms Everard was murdered, her death was held up as an indictment of masculinity, of problematic male behaviour. Wild extrapolations were made to suggest men are dangerous and women are unsafe. The extreme and merciful rarity of these kinds of murders counted for nothing in the face of the feministic urge to politicise what had happened. I remember feeling deeply disturbed in the days after the murder when numerous female commentators started recounting their own experiences of horrible or vulgar men. The murder prompted an ‘outpouring from women sharing stories of abuse and harassment on UK streets’, as CNN put it. I found it shocking that the tragedy of a woman’s death had so swiftly been turned into an opportunity to talk about oneself.

It felt as if the gravity of what had been done to Sarah was being diminished through being discussed in the same breath as rude, intemperate or sexist behaviour on the streets. I’m sorry, but there is no comparison whatsoever between the premeditated kidnap, rape and murder of a young woman and the fact that a drunk man once shouted in your face as you walked home from the pub. These things are not in the same moral universe. It speaks to a serious abandonment of reason to suggest they are. This was the dark irony of the early moralisation of Ms Everard’s murder, of the deployment of this horrific crime to the end of reiterating the idea that male behaviour is a problem and women are vulnerable: it was carried out under the banner of ‘Remembering Sarah’ but in truth it took away from the enormity of the injustice she suffered by placing her murder on a ‘spectrum’ with other kinds of behaviour, including even non-criminal behaviour like leering and shouting.

The narcissism inherent in that early response to Everard’s killing, where the Twitterati and the commentariat rushed forward essentially to say ‘Me too’, was underpinned by the contemporary cult of victimhood. People seemed to feel an urge to claim a piece of this unusual and abominable event, to insist that they, too, have ‘suffered’. Not only did they draw attention away from Sarah’s agonies through recounting utterly unrelated incidents that once happened to them – they also promoted the divisive, dispiriting and fact-lite view that all women are vulnerable to atrocious behaviour, and that all men are capable of such behaviour. To see Couzens as symbolic of men is as low and prejudiced as it would be to see Dennis Nilsen as typical of homosexuals or Salman Abedi as representative of all Muslims.

Another campaign is now being attached to the Everard tragedy: the supposedly radical left-wing campaign to depict the police as Bad – as institutionally misogynistic as well as institutionally racist. Some are even talking about Couzens’ killing of Sarah in the context of other acts of police violence, such as the heavy-handed policing of certain social groups or the occasional accidental death in custody of people who have been arrested. The Everard tragedy is being sewn into the ‘spy cops’ scandal, too, as if undercover police having questionable relationships with women they were spying on is of a piece with the rapacious misogyny that drove Couzens to commit the foulest of murders.

Once again, the two same problems emerge. First, the colossal nature of the crime committed against Sarah is implicitly downplayed by being linked with far more mundane, everyday forms of behaviour, such as police spying or police officers using their truncheons a little too keenly. And secondly, Ms Everard’s death is ruthlessly politicised. Sarah is used as a stand-in for what ought to be a political argument. Her memory is cynically marshalled to a cause which, for all we know, she may have had no truck with whatsoever. If you think the police need to be reformed, then say so. Don’t exploit a staggeringly rare horror to make your case for you. The police and the state are no more responsible for the evil committed by Couzens than the HGV industry was for the crimes of Peter Sutcliffe.

This is another problem with the politicisation of the grief for Sarah Everard – it ends up minimising the evil of Wayne Couzens. To see Couzens as a warped expression of broader social problems – whether it’s toxic masculinity or police arrogance – is to partially absolve him of the heinous choices and behaviour he engaged in on that dark night in March. The more we focus on ‘the problem of men’ or ‘the problem of the police’, the more we turn Couzens from an individual who made a supremely evil choice into merely an extreme manifestation of forces more powerful than himself. The truth is, it wasn’t Couzens’ maleness or the fact he was a serving police officer that made him decide to do what he did – it was the fact that he is an evil, despicable and wretched human being.

I can’t believe it has become potentially controversial to say this, but the truth of the matter is that Couzens is an aberration. He tells us nothing about men, nothing about the police, and nothing about society. This wicked act was his doing and his doing alone. The cynical attempt to place him on a ‘spectrum’ ends up normalising his savagery, problematising men, scaring women and further entrenching the culture of fear and atomisation. Couzens destroyed a life; let us make sure that our understandable fury with him doesn’t end up destroying the trust and openness society requires if it is to remain free.