Will Aukus lead to conflict with China?

Tensions were already building in the Indo-Pacific. 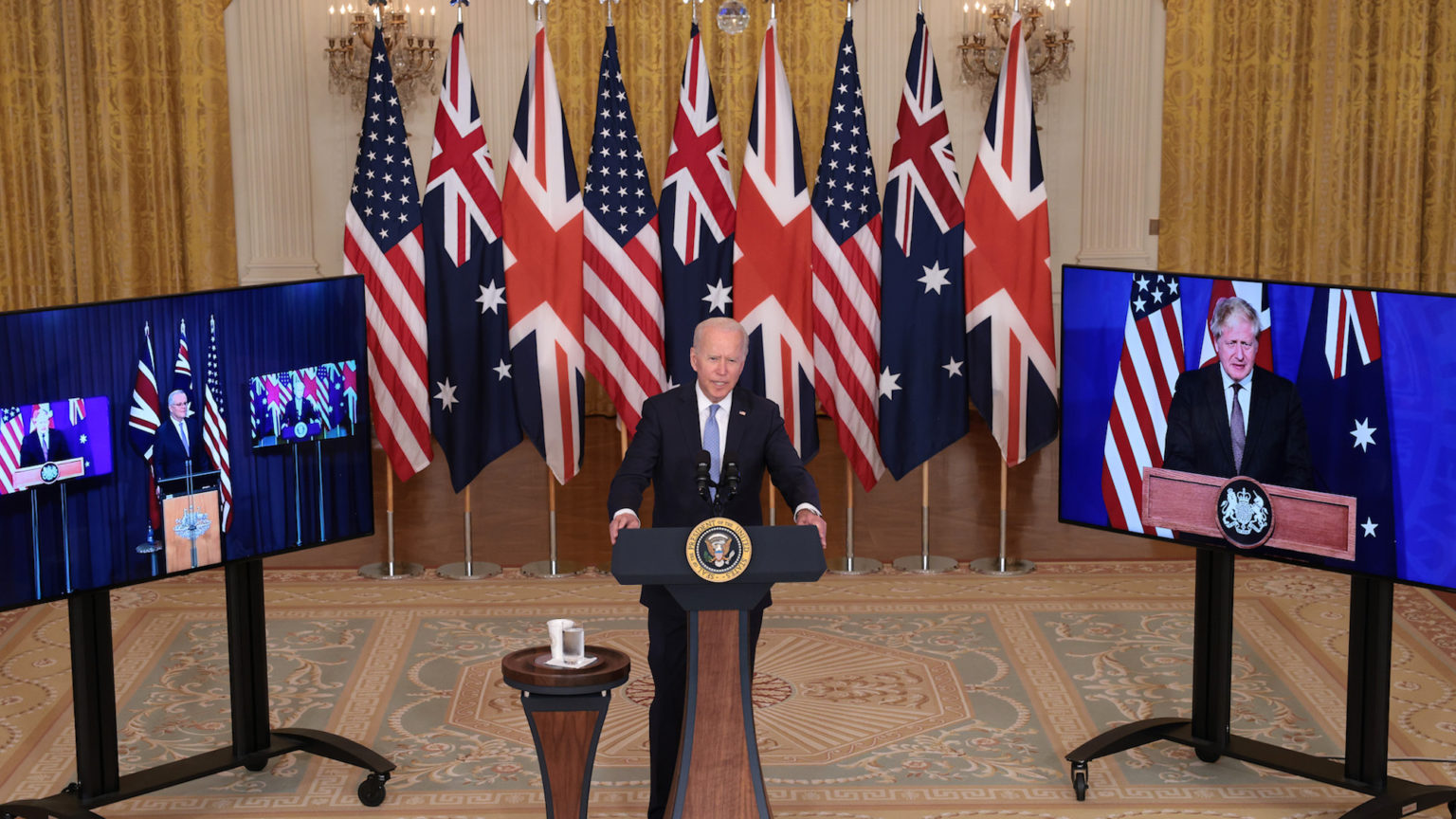 The Indo-Pacific region has emerged as the global hub for wealth creation and innovation since China joined the World Trade Organisation in 2001. Since then, there have been plenty of geopolitical disputes in the area. Yet even in this tense context, we were all taken by surprise on Wednesday with the launch of Aukus, a new security pact linking Australia, the UK and US.

The Chinese Communist Party (CCP) reacted with rage, accusing the US of accelerating a destabilising arms race in the region. The French government was furious, too. France took on Australia’s hefty, multi-billion-pound submarine order in 2016. The French government reportedly heard the news that the deal was off through the media, rather than a diplomatic cable.

The French foreign minister denounced Biden’s snatching of the submarine deal as reminiscent of ‘what Mr Trump used to do’. Bizarrely, the French ambassador to the US even felt the need to remind everyone that the French navy defeated the Royal Navy at the Battle of the Chesapeake, helping the US win the American War of Independence.

The allusion to The Donald reflects lazy thinking. Everyone saw the bungling of US foreign policy in Afghanistan, which took place under Biden. And everyone is jumpier in the Biden era than they ever were when Trump threatened Beijing with a trade war. The reference to Trump also overlooked a possible reason for the Aukus allies’ concern: Xi Jinping’s crackdowns on all forms of dissent, which are considerably more extensive now than they were when Republicans ran the White House.

The Aukus pact also sends a message to the EU. Just this week, in the wake of the Afghan debacle, European Commission president Ursula von der Leyen once again called for the creation of an EU military force. The lesson from Afghanistan, she said, was that Brussels needed to be able to act without relying on the US-led NATO.

Her efforts are likely to flounder. There are major internal tensions in the EU that stand in the way of military cooperation. And von der Leyen’s record as Germany’s defence minister hardly bodes well – during her tenure, soldiers famously trained with brooms rather than guns. Regardless, Brussels will now feel even less inclined to count on the US in future.

How will the pact affect China? The CCP seems committed to the notorious ‘Nine Dash Line’, a 20th-century declaration that claimed vast swathes of the ocean as Chinese property. As Hongkongers know, the CCP has been on the rampage of late. It has also constructed, seized and fortified islands here, there and everywhere, all the better to advance its territorial claims. But it’s wrong to see Aukus as a necessary ‘deterrent’ to Beijing in the region or as a measure that will prevent war breaking out. After all, war is not a matter of ‘who started it?’. That question is for the school playground, not the geopolitical stage.

The CCP deserves opprobrium – but less for its island hopping in the South China Sea and more for its loud and repeated insistence on its intention to take back Taiwan. Xi has made a rod for his own back on this front. As the years go by, he will have to show results. Legitimacy at home weighs more heavily on Xi’s mind than Australian submarines.

War is a complex matter and nowhere more so than in the vast maritime expanses of East Asia, where multiple contenders are involved. Alliances are unreliable – the Philippines, for instance, has switched loyalties from Washington to Beijing and back again since the late 1990s. But there is enough panic around the world right now, and we should not add to it. As the vice tightens in the Indo-Pacific, the need for sober, informed reflection grows ever more urgent.