Larry Elder and the new racism

‘Anti-racists’ have given racist abuse a woke makeover. 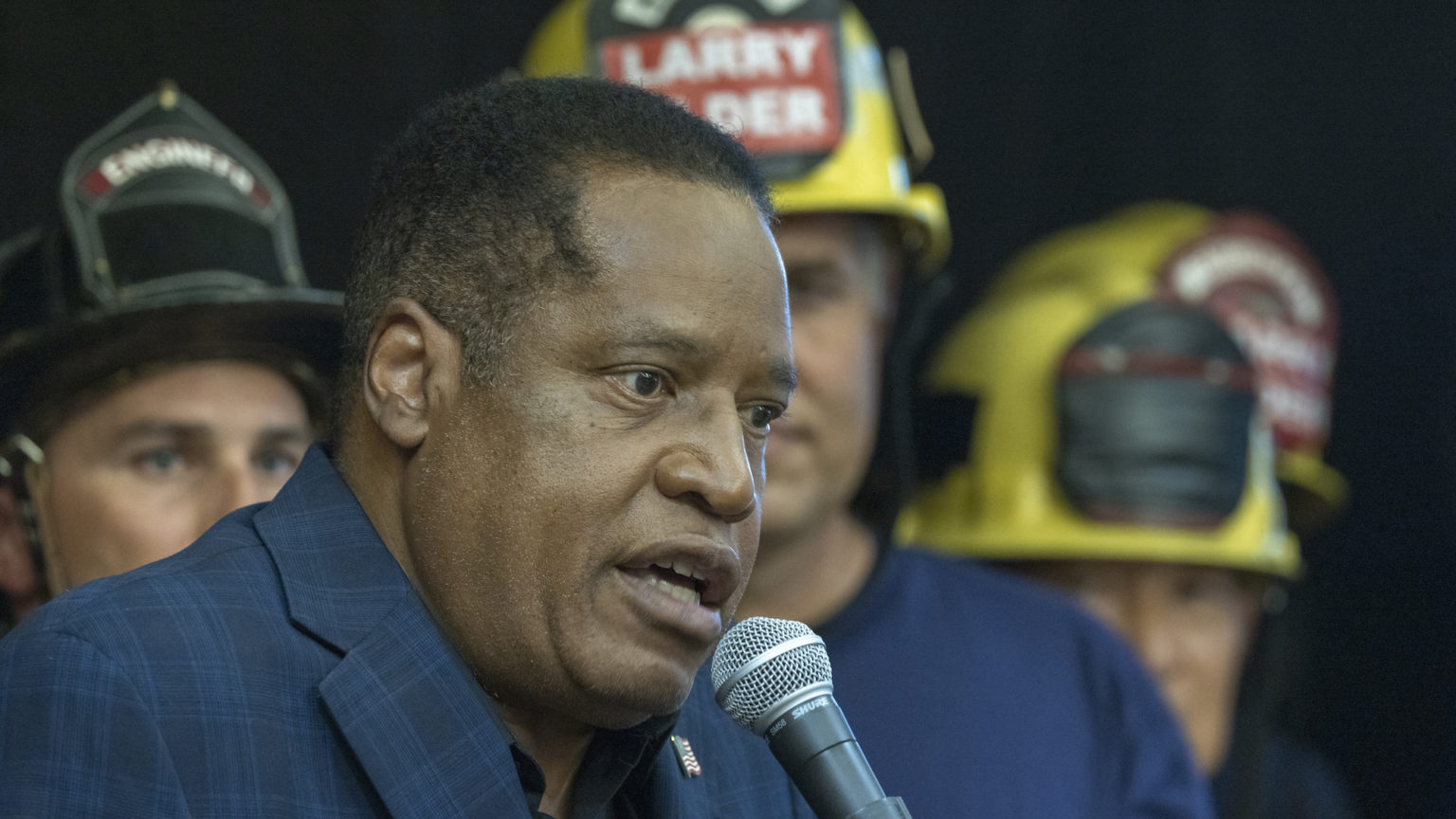 Californians have been casting their votes in the state’s gubernatorial recall election. The incumbent Democratic governor, Gavin Newsom, has been wrestling with yet another attempt to depose him.

It is not surprising that Newsom has come under so much pressure. The results of his policies are as plain as day. California’s astronomical house prices, high cost of living, high taxes and high crime rates have forced people and businesses to flee the state in droves.

Perhaps even more importantly, Newsom’s blatant hypocrisy during the pandemic has angered Californians of all political stripes. In November 2020, while California was under Newsom’s strict lockdown rules, Newsom, with 11 friends and lobbyists, dined at French Laundry, one of the most exclusive restaurants in the country. Newsom and Co reportedly racked up a wine bill of $12,000. Photographs show no one was wearing a mask or socially distancing at the table.

Newsom’s leading challenger for the governorship is Larry Elder. Elder was a lawyer who became a successful, nationally syndicated radio host. He is charismatic and sharp. He also happens to be black. You might think that California, one of the ‘wokest’ states in the US, would jump at the chance to welcome its first-ever black governor. Alas not. Elder has been consistently attacked by the liberal media as a race traitor. He has even been accused of holding ‘white supremacist’ views. What this really means is that he believes in the importance of personal responsibility and hard work.

Elder’s treatment is an important reminder that woke types are only on the side of minorities when those minorities toe the woke line. Any minority individual who dares to think for himself, like Elder, forfeits his minority card. He can then be subjected to the most vile racial slurs without anyone batting an eyelid.

Other examples of this phenomenon include writer Crystal Wright, who has described being called a ‘coon’ due to her conservative views. Republican senator Tim Scott has spoken about finding racist voicemails on his phone. A white Democrat official from Texas even called Scott an ‘Oreo’. Online conservative commentators like Candace Owens are often smeared with vile racist abuse, including by prominent celebrities. The same epithets of racist condescension have been used for decades against the likes of Clarence Thomas, Thomas Sowell, Walter E Williams and Shelby Steele.

Black conservatives are an inconvenience to the woke worldview. And while sometimes their arguments are met with abuse, more often they are simply ignored. For instance, in 2020 Elder produced a documentary film called Uncle Tom about the racism directed at black conservatives. It topped IMDB’s rankings for documentary downloads, but it received virtually no coverage from the liberal press. To this day, it has a 96 per cent positive audience score on Rotten Tomatoes, but it has no critic score because it has received so few press reviews.

Even the most blatantly racist incidents against black conservatives get brushed under the carpet. Last week, a white woman in a gorilla mask threw an egg at Elder and punched a member of his security detail. Despite the obvious racial connotations, the reaction from the liberal press was muted. It might have been a front-page story had Elder been a Democrat and his assailant a Republican.

The vicious treatment of Elder and other black conservatives shows us that the contemporary left thinks it owns minorities. It thinks they should be kept domesticated, used only as tools for attacking the right. These ‘anti-racists’ are rehabilitating some pretty vile racism.