Covid has finally killed off neoliberal technocracy. But there’s no coherent ideology to replace it. 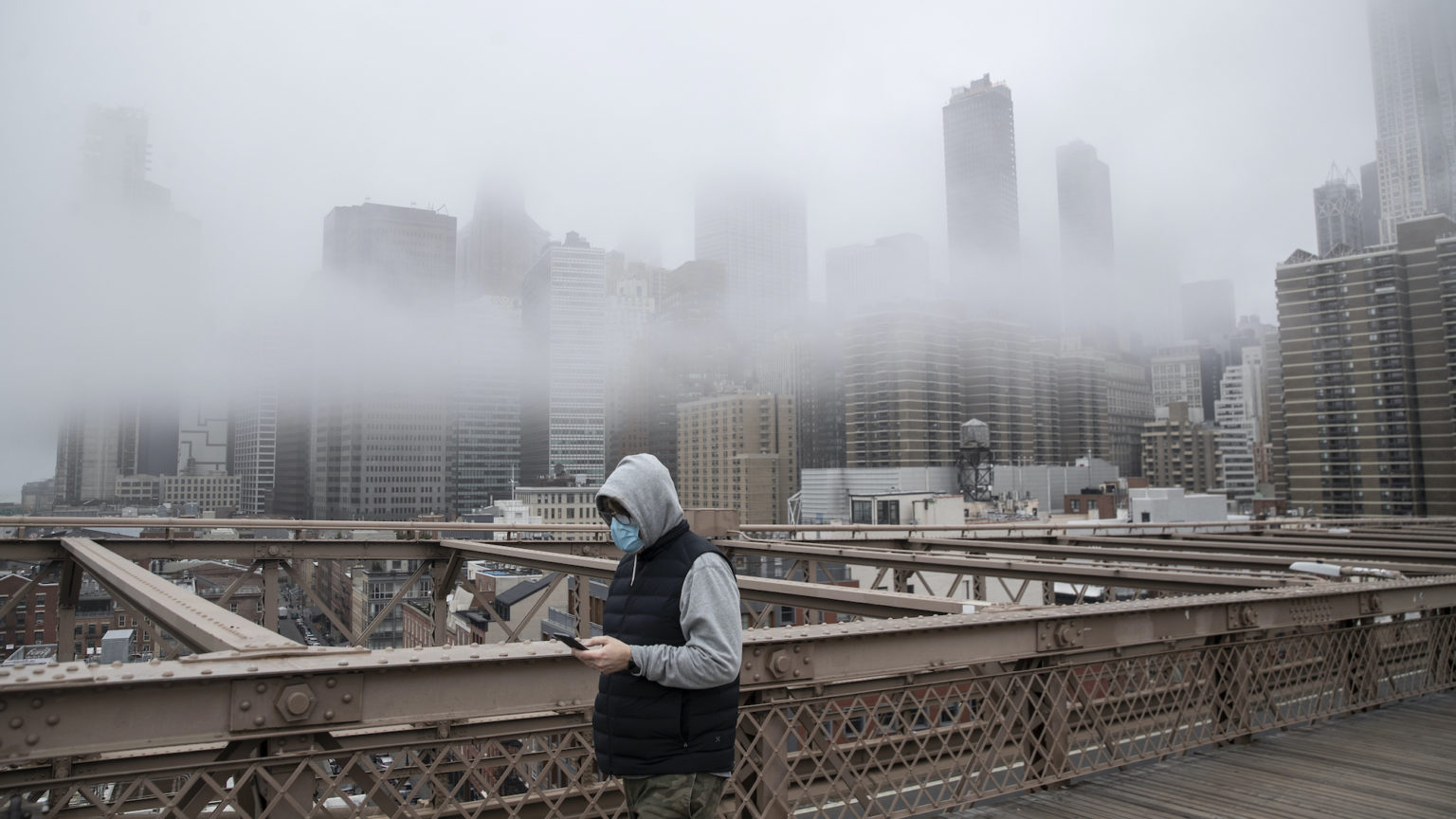 As the world slowly emerges from the Covid-19 pandemic and the lockdowns deployed to suppress it, it’s clear that a line has been drawn under the preceding era and the politics that defined it. So what comes next?

In our new book, The End of The End of History, Alex Hochuli, George Hoare and I try to answer that question. The book grew out of two years of discussions on our podcast, Aufhebunga Bunga. We argue that there will be no dominant political ideology, state or set of institutions that will prevail and shape this new era. Instead, the post-Covid era is likely to be defined by the crumbling away of the ideas and frameworks that dominated the previous era, rather than their substitution with something genuinely new.

Long before the depredations of Covid and lockdowns, it was clear that the prevailing global political system was under strain. Dictatorships tumbled across the Middle East in the wake of the Arab Spring. Sino-American geopolitical rivalry intensified. Populist electoral insurrections occurred across the EU. All these things indicated that existing political structures were struggling to channel and express their citizens’ hopes and aspirations.

In response to these challenges, left-wing movements evolved. New populist parties emerged out of decentralised, network-based forms of politics that were inspired by the late anarchist theorist David Graeber, and were typified by the 2008 ‘Occupy’ protests. As the global banking crisis became a sovereign-debt crisis in the EU, leftists began to push for more state power at the national level. Syriza took power in Greece in 2015 and Podemos challenged the establishment Socialist Party in Spain. This upheaval was not restricted to the Eurozone: in Britain, a veteran back-bench rebel, Jeremy Corbyn, was unexpectedly catapulted to the leadership of the Labour Party through a grassroots revolt within the party.

These disruptive processes culminated with the UK’s vote to leave the EU in 2016 and the shock election of Donald Trump in the US in the same year, when he triumphed against two powerful political dynasties – the Bushes on the right and the Clintons on the left.

This cycle of political chaos put an end to liberal technocracy and the stagnant centrist politics that had prevailed since the end of the Cold War. Until this shift, the collapse of the Soviet Union was taken as a vindication of Western liberal democracy and market capitalism, against the rigid command economies of the old Eastern bloc. As new markets opened up around the world, globalisation was expected to drown all ideological conflicts and national rivalries in a sea of rising trade and prosperity. With communism and socialism discredited, meaningful political alternatives were eclipsed and politicians’ role was reduced to managing economic processes with deft technocratic manipulation and institutional tinkering.

This was an era of post-politics and popular apathy. Challengers were not unheard of, but they tended to be minor, poor and limited – like the Stalinist holdouts of Cuba and North Korea. Meanwhile, instability emanated from ethnic conflict and Islamist militancy, partially contained by humanitarian military expeditions and peacekeeping operations. Seeking to provide a holistic framework for this period, political scientist Francis Fukuyama presciently called it ‘The End of History’ – not because time had stopped, but because there were no longer any meaningful political struggles over basic questions of social organisation and human freedom. These had seemingly been settled by the West’s victory over Soviet communism.

We are now at The End of The End of History. Politics is no longer dominated by centrist parties and technocrats with catch-all electoral platforms. And the extent to which governments are willing to intervene in the economy has become ever more apparent.

Yet few of those actors who explicitly challenged the End of History are still around to shape this new era. Despite winning election and mobilising the populace, Syriza surrendered to EU austerity in 2015, straight after the people had voted against that austerity. Corbyn was defeated at the ballot box twice, in 2017 and 2019. Podemos became a prop for Spain’s establishment Socialist Party. And Trump was overwhelmed by Joe Biden’s 2020 presidential election victory. (Ironically, it is the Biden administration that is implementing Trump’s empty rhetorical promises of vast infrastructure spending as well as the winding down of America’s Forever Wars.) Whether from the left or the right, the populist challengers have failed to perpetuate themselves or institutionalise their gains.

This shows that these populists had little to offer by way of political vision or concrete alternatives. What now passes for challenges to the system are anti-political currents, expressed by a popular disgust with ruling elites and in the spread of bizarre conspiracy theories about vaccines and elite paedophile networks. These conspiracy theories highlight the pervasive sense of popular powerlessness and drift. These sentiments are anti-political because they are characterised by disgust at the process of political representation itself. They rest on the hope that the need for democratic representation can be sidestepped through charismatic leadership or technocratic expertise.

The most significant force for political change in this period has not been any government or leader, but rather the novel coronavirus, which has precipitated a new era of emergency powers and monetary largesse. There is no ideology in the attempt to suppress the virus, only a politics of fear and authoritarianism. No new political vision has emerged as a substitute for The End of History. Doubtless, populists of all stripes will make further incursions. They may secure electoral victories in the future. But going by the evidence of the last decade, they will not erect anything new. Instead, they will continue to squabble with the liberal technocrats in the ruins of The End of History.

We’ve reached The End of The End of History. But we still lack anything to put in its place.

Philip Cunliffe is senior lecturer in politics and international relations at the University of Kent.

The End of the End of History: Politics in the Twenty-First Century, by Alex Hochuli, George Hoare and Philip Cunliffe, is published by Zer0 Books. Buy it here.