The daft joys of People Just Do Nothing 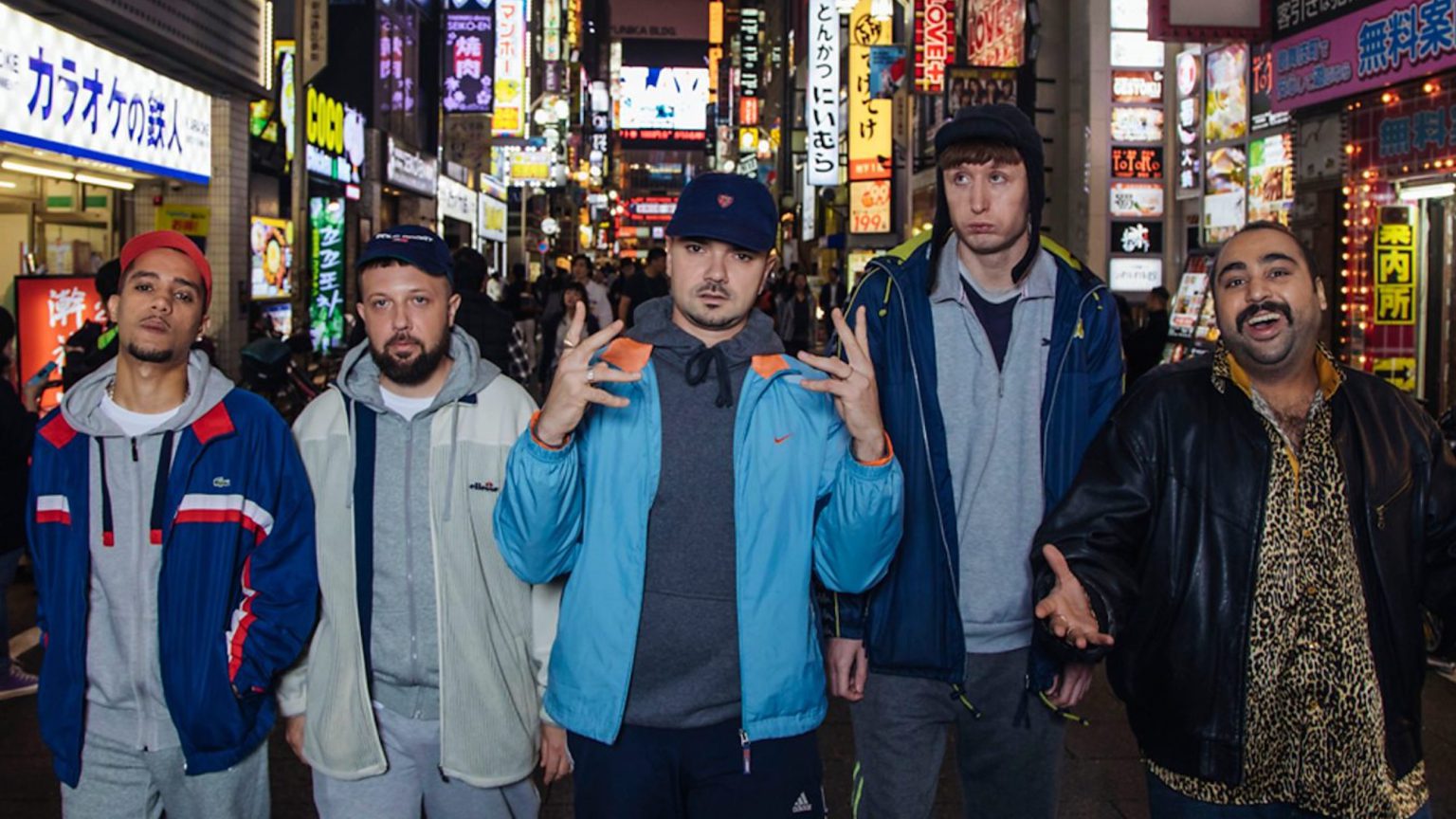 The original mockumentary series followed the dysfunctional lives of a feckless UK garage crew, broadcasting on Brentford pirate-radio station Kurupt FM. The series finished in 2018 but, given its cult success, a film was always the next logical step.

The film begins with the crew members, led by the David Brent-ish MC Grindah (Allan Mustafa), working their day jobs. Their ‘glory days’ feel well behind them, until they get some surprising news. One of their songs, ‘Heart Monitor Riddim’, has become a massive hit in Japan, and their overbearing manager, Chabuddy G (Asim Chaudhry), manages to get the whole crew an all-expenses-paid trip to Japan to meet some record-label executives.

The film uses the same mockumentary format as the TV series, with much of the comedy resting on the characters’ haplessness. As it turns out, ‘Heart Monitor Riddim’ was only popular in Japan because it was used on a slapstick game show – and the execs want to turn the crew into a cheesy pop band.

A Guardian review calls Big in Japan ‘amusing rather than hilarious’, an ‘unambitious showbiz satire, somewhere between The Office and Spinal Tap although not as groundbreaking as either’.

But People Just Do Nothing never set out to be groundbreaking. It simply applied the well-established mockumentary format to the British urban-music scene to great effect. The result was humanising as well as funny, with the Kurupt crew struggling with raising children, infidelity and drugs, all while desperately trying to make it.

Written by Mustafa and Steve Stamp (who also plays the drug-addled Steves), the show produced characters who are as exasperating as they are loveable, and that spirit carries over nicely into the film. Big in Japan is a typically feelgood tale of comic misadventure, perfect for your first post-lockdown cinema outing.

Watch the trailer for People Just Do Nothing: Big in Japan here: