Cheap flights made sun, fun and cultural enrichment accessible to the masses. 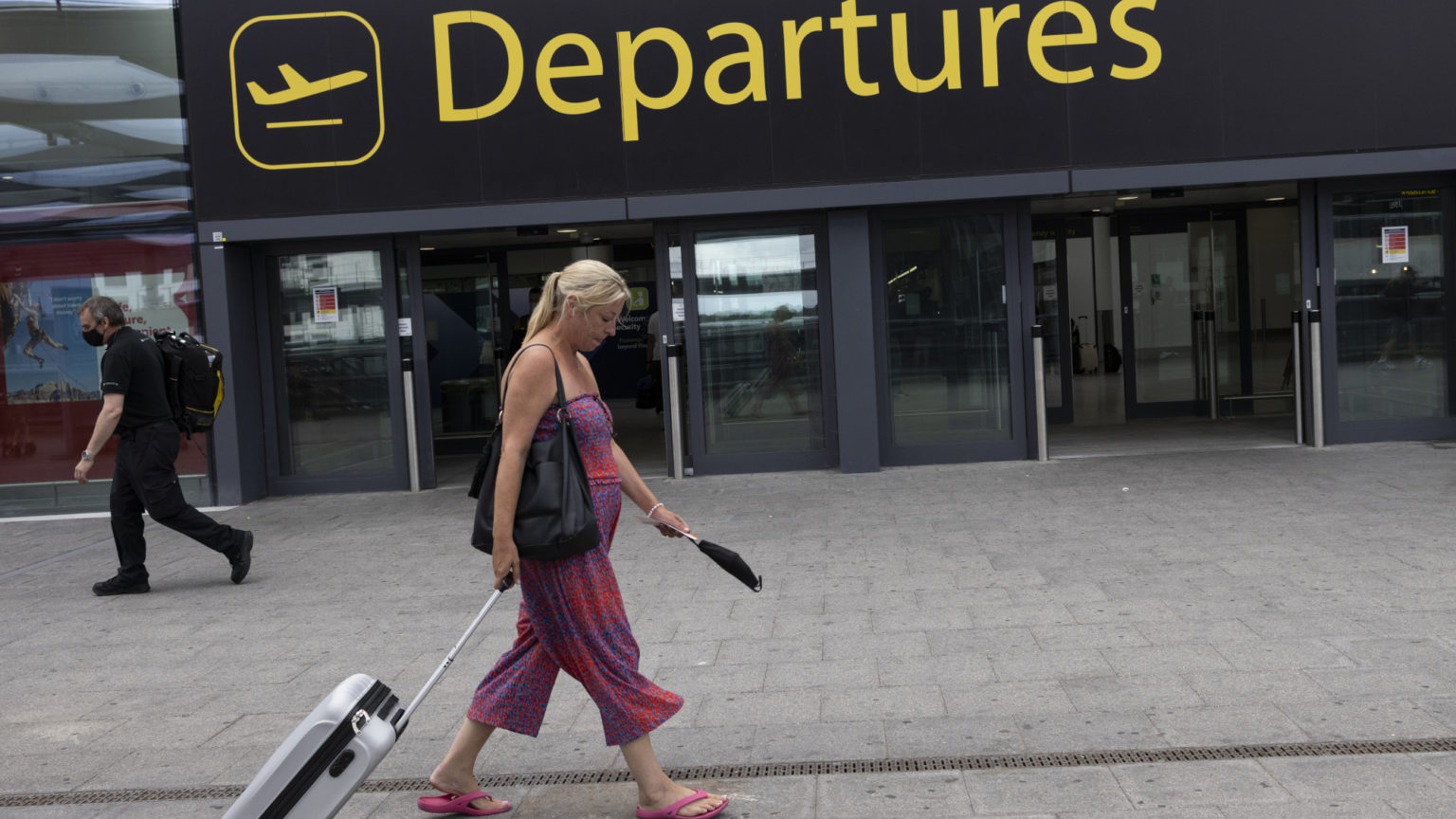 The news that England’s restrictions on international travel are easing this weekend is very welcome. The importance of travel has been downplayed during the pandemic in a worrying way – particularly by those who see a stay-at-home society as the future.

At the height of the pandemic, the rights and wrongs of the various travel restrictions were open to argument. On the one hand, the rules have often seemed arbitrary and have often changed at short notice, screwing up holidays and forcing travellers to pay through the nose to change their plans. On the other hand, the government seemed to move too slowly to put India on the red list. Many have argued this may have meant the Delta variant became established in the UK quicker than it would otherwise have done.

What is more concerning is the way that the travel rules – not so much lockdown as ‘lock-in’ – have been celebrated as a model for the future. In a blog for the London School of Economics in March, three researchers welcomed the fall in travel during the pandemic. They asked how policies and publicly funded campaigns could ‘reduce flying for good’ to tackle greenhouse-gas emissions. Their proposed solutions are a mix of video conferencing, companies limiting business travel and finding celebrity stay-at-home role models to promote this lifestyle change to the masses.

Despite what environmentalists claim, the impact of these travel restrictions on the climate has been surprisingly small. Professor Piers Forster of Leeds University – someone very keen on reducing emissions – believes that even the most extreme periods of global lockdown (which obviously had an impact on all forms of travel) had a minimal effect on global temperatures. Indeed, Forster argues that the net effect may have been a temporary rise in temperatures because pollutant particles in the atmosphere, which reflect heat away from the Earth’s surface, were greatly reduced.

But questions about the impact of travel restrictions on climate change should be set against the loss of all the joy travel can bring. One of the great achievements of the past few decades has been the democratisation of travel, whether by car or cheap flights.

I didn’t leave the British Isles until I was 29. Growing up, going on holiday meant a 12-hour trip by train and ferry from Birmingham to visit my cousins in Dublin. We once took the wrong train at Crewe and ended up in Carlisle. The whole thing took 24 hours. And we had no mobile phones to convey the message that, ‘Er, we’ll be late!’. Since then, I’ve really made up for lost time. I’ve been to lots of different countries and explored famous sites, learned a smattering of other languages and chilled on beautiful beaches. When I read about those countries later on, I read in 3D, because I’ve been there and have some sense of what the authors are describing. There’s a connection: those places matter to me in a way that places I’ve never been to don’t.

In the past, travelling to broaden your mind was regarded as common sense – from the Grand Tours beloved of toffs in the 17th and 18th centuries to gap-year interrailing and exchange trips. Today, well-to-do Extinction Rebellion activists hypocritically demand crackdowns on travel after they have had their fill of skiing trips and safaris.

Even the booziest of trips can still be enlightening. I spent the 2006 World Cup in Germany driving along the Rhine with friends, doing proper ‘cultural’ sightseeing during the day and getting pissed while watching games in the evening. One thing that sticks in my mind from that trip is that Germans seem to be really quite obsessed with the new season’s arrival of… asparagus. All the cafés and restaurants were advertising the urine-aroma-inducing vegetable during Spargelzeit. It’s the little details that mean so much.

For the middle classes, in contrast, cheap travel has always been anathema. They think travel is wasted on the oiks. They look down their noses at stag nights in Amsterdam or Prague, or wild weeks in Magaluf. They hate the idea that people should get away from their homes and their boring day jobs, have a good time and come back with some boozy ‘war stories’. If they can dress up this snobbery in eco-warrior garb, so much the better. The pandemic has given them even more ammunition in their battle to keep us at home.

Travel matters. It speaks volumes that millions of people are prepared to tolerate the expense and hassle of testing regimes, home quarantine and all the rest for the chance to get away from it all. We must never let the Covid ‘lock-in’ become the New Normal.

Nearly three quarters of adults have been fully vaccinated. Children rarely suffer serious illness from Covid. And the most important variant of concern – Delta – is already widespread in the UK. There really is no justification for keeping the barriers to travel up. It’s time for the government to let us shove the factor 30, shades and garish clobber into our suitcases and head for the sun.