Who will call out Covid’s prophets of doom?

The experts who said Freedom Day would be a disaster were catastrophically wrong. 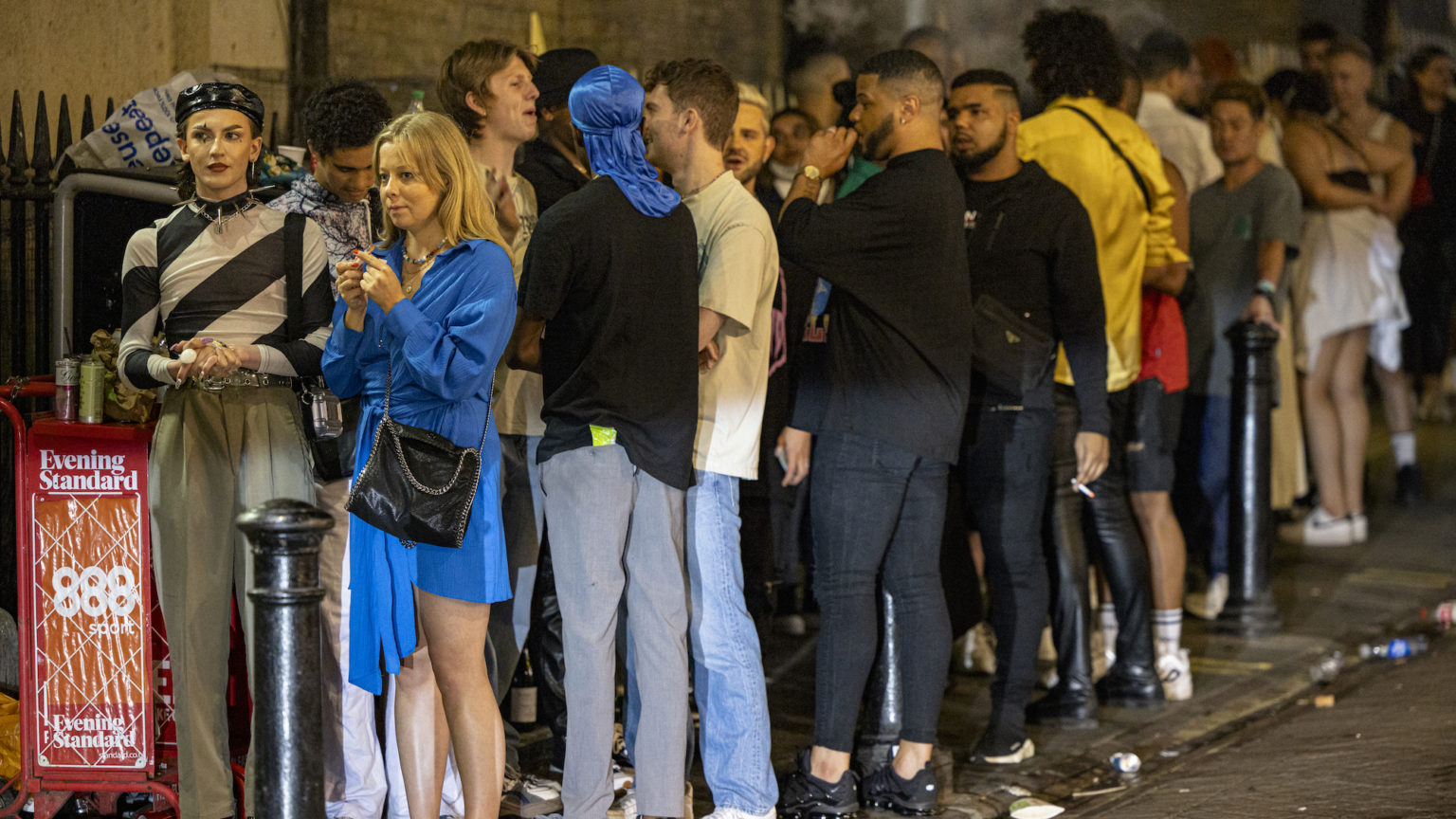 Pointing out the errors made by lockdown sceptics has become the favoured sport of the chattering classes. It sometimes has the whiff of a bloodsport. Every time Sunetra Gupta or Karol Sikora pops up on Radio 4 or makes a comment in a national newspaper, an army of Little Stalins goes wild. ‘These people got things wrong about the virus!’, they cry. ‘Stop platforming them!’ These experts will never escape the mistakes and misjudgements they made about Covid-19. There will always be a shrill finger-pointer there to remind them. And to accuse them of killing people with their ‘disinformation’.

And yet the same thing hasn’t been done to the experts who were catastrophically wrong about Freedom Day. To the SAGE and Indie SAGE types who told us that opening up on 19 July would cause mayhem and death on a terrible scale. To those epidemiologists who are never off Channel 4 and the BBC and who branded Freedom Day a dangerous, unethical experiment that posed a threat to the entire world, no less. There are no demands for these people to be cast out, kept off the airwaves, asphyxiated of the oxygen of publicity. Funny that. It’s almost as if the hysterical war of words on lockdown sceptics wasn’t about standing up for truth and reality at all, but rather was an intemperate, censorious assault on those who had the temerity to criticise a political course of action – lockdown – that had the backing of the elites.

Covid’s prophets of doom, the sourpusses of the science elites, were really, really wrong about Freedom Day. Consider Christina Pagel of University College London, who I’m convinced is filed in TV producers’ books under ‘Commentators who think we’re all going to die’. It all ‘feels quite shit’, she said a couple of days before the grand reopening on 19 July. The Delta variant is going to screw us over, she predicted – ‘it’s more infectious, it’s more severe and it’s more vaccine-resistant’. Millions of people will get infected, she warned, meaning Freedom Day is a ‘terrible plan’.

Ms Pagel was one of 122 expert signatories to a dire letter that described Freedom Day as a ‘dangerous and unethical experiment’. Another letter, signed by 1,200 experts, predicted that Freedom Day would have a devastating impact on the whole world. The media lapped it up, naturally. The headline in the Guardian was: ‘England’s Covid unlocking is threat to world, say 1,200 scientists.’ So those youths going clubbing at the strike of midnight on Freedom Day, and those oafs casting off their masks and cramming back into pubs for pints, they weren’t only endangering their own health and the health of the country they live in – their breathy, germ-spreading antics were a menace to everyone on Earth. ‘Because of our position as a global travel hub, any variant that becomes dominant in the UK will likely spread to the rest of the globe’, warned chief bell-toller Ms Pagel.

Another prophetess of doom it has been impossible to dodge over the past year is Deepti Gurdasani, an epidemiologist at Queen Mary University. She seemed to be permanently on call to remind the English looking forward to freedom that it was all going to be a disaster. Freedom Day is ‘unethical and unacceptable’, she said. It is going to infect more people with Covid and more will develop Long Covid. ‘Our young have already suffered so much in the past year, and are now being condemned to suffer the consequences of this dangerous experiment’, she cried. Dangerous experiment – that really is how some in the aloof academic establishment view the exercise of freedom, the swarming of people back into those old joyful zones of social engagement.

In the days and weeks before Freedom Day, this naysaying, these prophecies of disease and death, were everywhere. What has the reality been? Well, so far, it has been the opposite of what the experts (ahem) predicted. Cases are falling. Daily cases in England have plummeted from around 42,347 on 19 July itself to 19,012 yesterday. That is, daily cases have more than halved since we threw off our masks, went clubbing, and maybe even started hugging and kissing one another again. England has achieved falling cases, and relatively static and low levels of hospitalisations and deaths, with no restrictions. That is something to celebrate, no? This ‘dangerous, unethical experiment’ that the expert classes warned against conducting has turned out – so far – to be proof of humanity’s ability through vaccination to tame a deadly virus and make it about as dangerous as the flu.

So the doom-mongers were wrong. Badly. Of course it is always possible there will be another spike, especially when schools reopen in September and during winter. But we were told, in no uncertain terms, that Freedom Day itself, right now, would give rise to more cases and more sickness and more sorrow. And that didn’t happen.

The anti-Freedom Day elites didn’t only say things that turned out not to be right – they also, in my view, caused harm both to the national spirit and to confidence in the vaccination programme. Their fearmongering about freedom will have provoked feelings of unnecessary anxiety and dread in some. I know this to be the case because I have a family member – a vulnerable family member – who was made to feel incredibly uneasy by the TV commentary of one of these experts (I won’t say which one). This family member became deeply concerned that normal life might never return. I’m sure others were made to feel like this, too. We underestimate at our peril the impact that the culture of fear can have on individual and community confidence. And then there was the implicit undermining of the vaccination programme by these experts who seemed to be suggesting that mass vaccination wouldn’t make all that much difference. After all, Delta can dodge the vaccine, right? That some people, especially young people, have started to question whether it’s worth getting vaxxed is not all that surprising.

Why did they get things so wrong? We should be more generous than the cancel-culture mobs who demonised and raged against every lockdown sceptic who made a mistake. Unlike those unforgiving denouncers of scepticism, I don’t think the Freedom Day doom-mongers were ‘agents of disinformation’. I think they just got too caught up in a project of fear that provided them with a sense of authority over society and its future. They got carried away with themselves. And in the process they said things that were misplaced and probably baleful in their impact on certain sections of society. This was wrong, and arguably immoral, but they shouldn’t be No Platformed, they shouldn’t be demonised. They should be criticised, however, as part of the healthy, rigorous debate we need to have right now about the dangers not only of coronavirus, but also of the virus of fear.