What the Spanish Flu can tell us about ‘Freedom Day’

Mass partying after the First World War didn’t lead to a viral explosion, either. 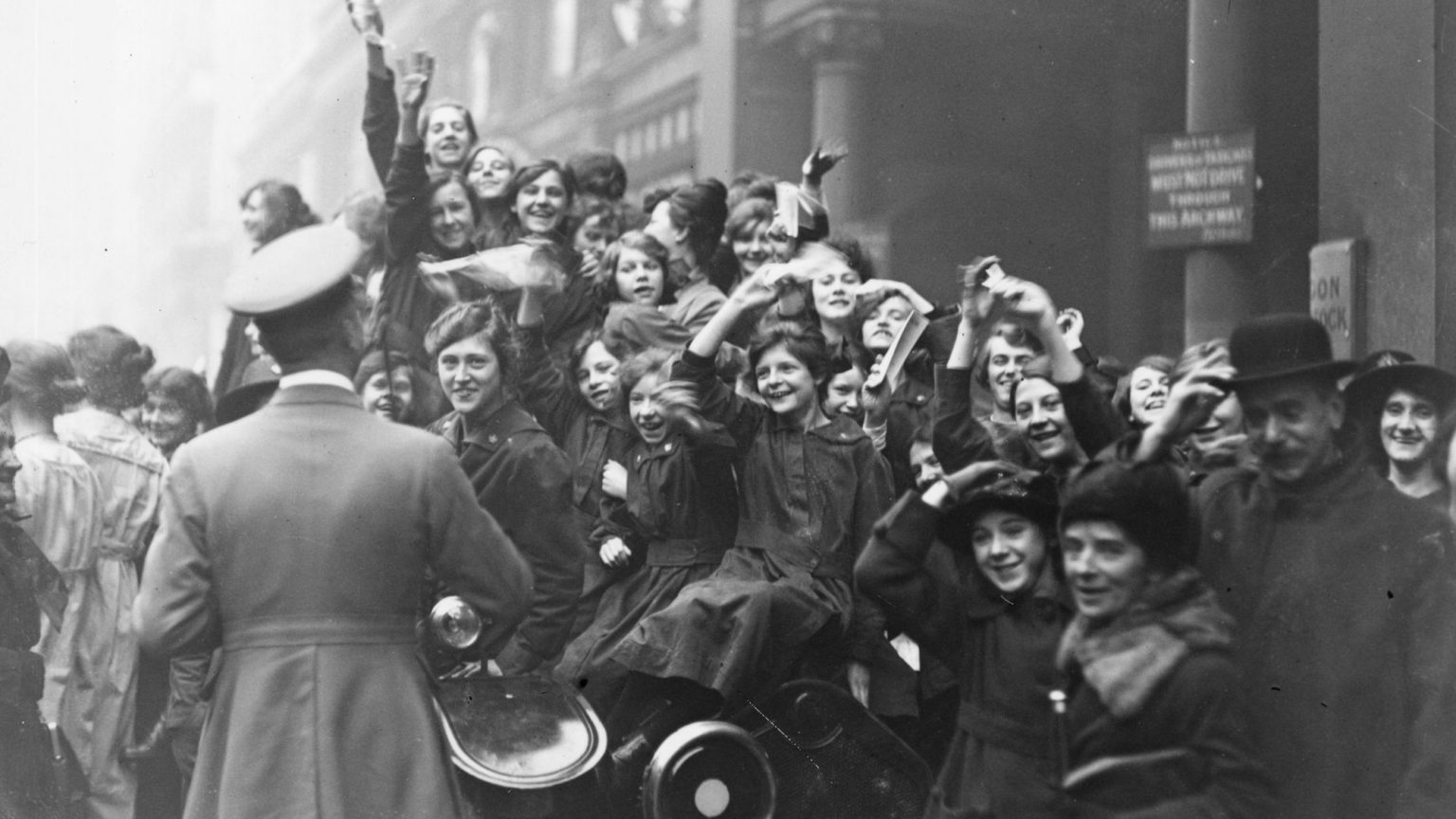 Over the past couple of weeks, the press has been full of modellers’ predictions that ‘Freedom Day’ on 19 July would trigger a Covid-19 tsunami. Experts warned of 100,000 or even 200,000 cases per day stemming from nightclubs, unmasked travel and those who are deaf to the pinging of the Test and Trace app. Earlier this month, around 1,200 doctors and scientists signed a letter saying that the upcoming reopening was a ‘dangerous and unethical experiment’.

The wave hasn’t hit. We are over a week on from ‘Freedom Day’. The wave should have broken by now, assuming an incubation period of five to six days, or maybe a day less for cases of the now-dominant Delta variant. Yet recorded cases, at 27,734 on 28 July, are around half the recent peak of 54,205 from 11 days ago. Modellers are rowing back on their forecasts, with Neil Ferguson saying that ‘the equation has changed’.

Anyone with a feel for pandemic history, rather than for computer models, would not have been surprised.

Consider 1918. In Europe and the US, the second wave of the Spanish Flu raged in October. England had more than 1,800 deaths from the virus in the week up to 24 October. Berlin recorded 1,700 deaths on 18 October alone. And the US recorded an astonishing 195,000 flu deaths that month. Some US cities demanded mask-wearing and a kind of proto social distancing. Europe didn’t. With doctors and nurses away on the Western Front, hospitals were stretched thin, even before their own staff fell sick.

Then came 11 November. We now think of Armistice Day as a solemn recollection of a tragic generation – characterised by the two minutes silence, ‘The Last Post’ and a wreath laid by the queen. But 11 November, 1918 wasn’t like that at all. It was the party to end all parties.

Grainy black and white prints tell the story, as do the memoirs of those who were there. Marthe Lemestre, madame of the infamous Sphinx bordello in Paris, was convalescing from the flu, which had nearly killed her. She had lost 30 pounds and spent two months asleep. Her skin was pale, her eyes discoloured, and her bones stuck out, or so she said. Long flu, anyone? Still, she made it to the window:

‘Rue Fontaine was black with people as far as the eye could see… There were flags, a band, soldiers carried in triumph, dishevelled, screaming women, an indescribable mass of people… All the bells of Paris were ringing. I called Louisette [the maid]. “What? Mam’selle didn’t know? Why, it’s the Armistice.”’ (1)

‘Within two minutes, everybody… had come into the street. They commandeered the buses and made them go where they liked. I saw a man and woman, complete strangers to each other, meet in the middle of the road and kiss as they passed.’

Berlin, tasting unexpected defeat, drew a different crowd. People were out on the streets, demanding radical political change: ‘At about two o’clock, a perfect avalanche of humanity began to stream by our windows, walking quietly enough, many of them carrying red flags.’ (2)

Night and intoxicants raised the tempo. The revelling began immediately in San Francisco, where it was 2am. The mask mandate was forgotten.

‘After 2am, the throng left [the] Civic Center and headed down Market [Street]… Mayor James Rolph, with a soldier on one arm and a sailor on the other, was supposed to be at the head of the procession, but was swept up into the centre.’

Even deep in the Cotswolds, the party flowed.

‘A man came up and kissed the girls and jumped in the road and twisted on one toe. Then, he fell down in the mud and lay there working his legs like a frog and croaking. I wanted to stop. I had never seen a man like this… We got to the pub and stared through the windows… Rose-coloured men seemed to bulge and break into flame. They breathed out smoke, drank fire from golden jars, and I heard the great din with awe. Now anything could happen, and it did.’ (3)

If you doubt young Laurie Lee’s memory – he was three or four at the time – hard records show what was happening all over Britain: ‘At Kirkintilloch in Dunbartonshire, after magistrates asked for pubs to be closed, a mob threatened to break in.’ (4)

Any epidemiologist would tell you that this partying spree was guaranteed to trigger a flood of infection. All the factors were there: crowds, shouting, drinking, indoor venues, snogging strangers. It was also November, a time of year when viruses usually spread widely. Fatalities should have risen from 19 November, assuming a gap of eight days between infection and death, or longer for those with secondary bacterial infections, as were common at the time. Yet there wasn’t a major rise in excess mortality, which peaked in or before the first week of November. San Francisco rescinded its mask mandate on 21 November, 10 days after the Armistice party, ringing church bells to celebrate ‘victory’ over the virus. 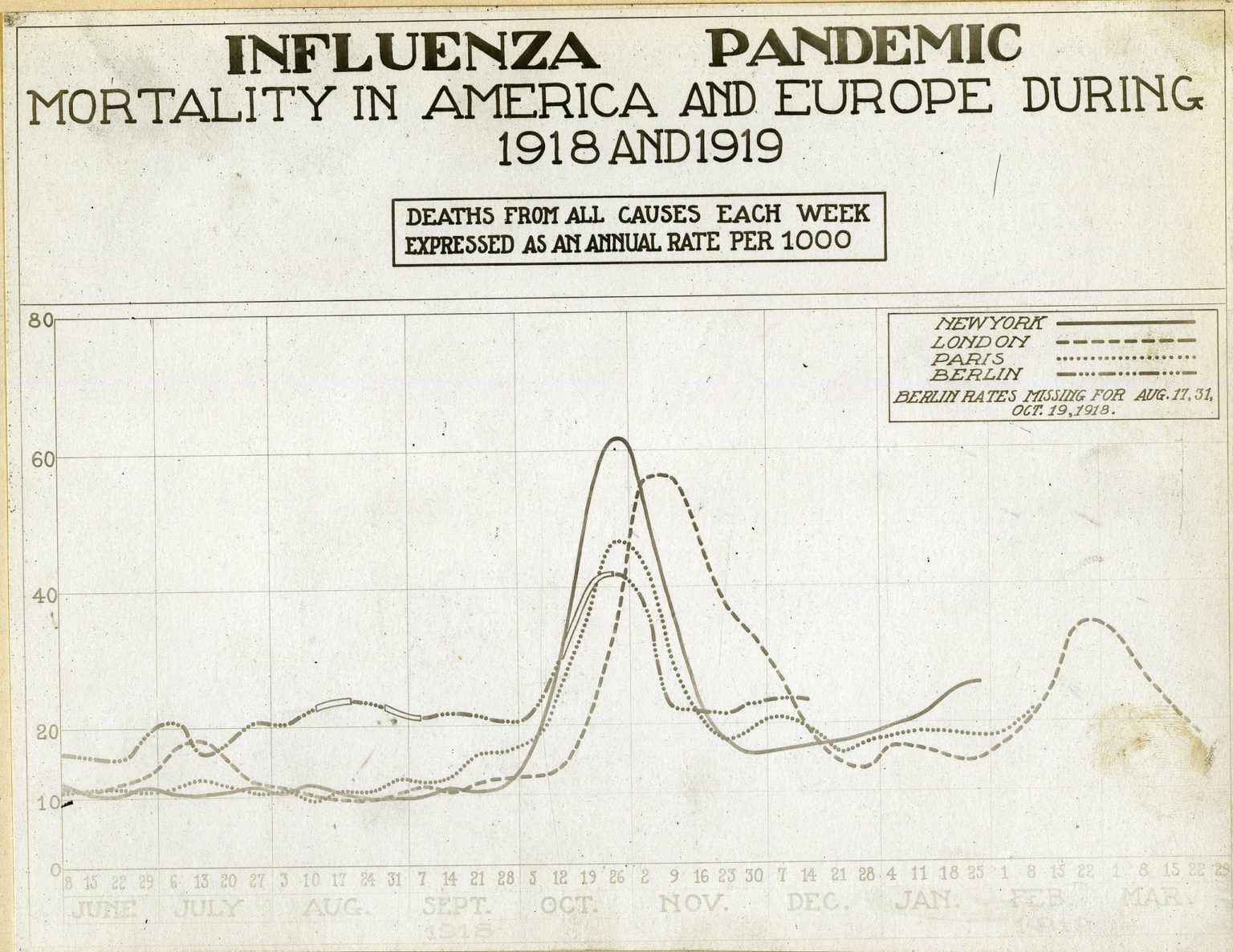 Maybe the lack of a major, sustained rise in excess mortality is a result of herd immunity being reached. This cannot have been the whole story, though, as a further wave of the virus came early in 1919, proving that there were still susceptible people in the population. But the simple reality is that something that ‘should’ have driven a dramatic rise in infections and deaths largely failed to do so.

The point, then, is not to say that there will be no further spikes of Covid. We do not know if there will be or not. The fact that over 90 per cent of UK adults now have antibodies should be a drag on the virus, even if – as Piers Morgan and Sajid Javid have both shown – vaccination doesn’t guarantee full protection against infection. Most likely, there will be a few more bumps along the road. After that, we will achieve the same dynamic balance between immunity and occasional, mild reinfection that we experience with the four long-circulating ‘common cold’ coronaviruses. But I wouldn’t care to guess the timelines, nor the size of the bumps.

We must acknowledge the unpredictability of pandemics and the limits on our ability to extrapolate into the future. Turning points are especially hard to predict, like peaks and lows on the stock market. People always find an explanation in retrospect, but they often don’t see it coming beforehand. Today, I have heard school holidays, the end of the Euros and warmer weather all given as reasons why the surge hasn’t come. But nobody said last week that these things would lead cases to fall after ‘Freedom Day’.

Throughout the Covid crisis, far too much weight has been put on models and far too little on experience from previous pandemics. Spanish Flu infections, like the Russian flu in 1889-1894, rose and fell with little rhyme or reason. The lack of a post-Armistice spike is just the most obvious example. The Covid pandemic, too, has been full of events that models would never have predicted. Think about infections peaking in the UK before each of the three lockdowns. Or 2020 infection rates declining at a similar speed in Sweden (no lockdown), the UK (moderate lockdown), and France and Spain (strict lockdowns). Or the fact that there were fewer than 6,000 deaths in Sweden in the first three months rather than 96,000, as predicted by scientists applying a version of the Imperial College model. Or the swift decline of the Delta variant spike in India, despite limited restrictions.

To garble the Bard, both the Spanish Flu and the Covid pandemic show that ‘there are more things to viral rise and fall, than are dreamt of in our philosophy’.

Professor David Livermore is a professor of medical microbiology at UEA and a member of HART, the Health Advisory and Recovery Team.