The many lives of the Chinese Communist Party

A new book sheds new light on this most opaque of organisations. 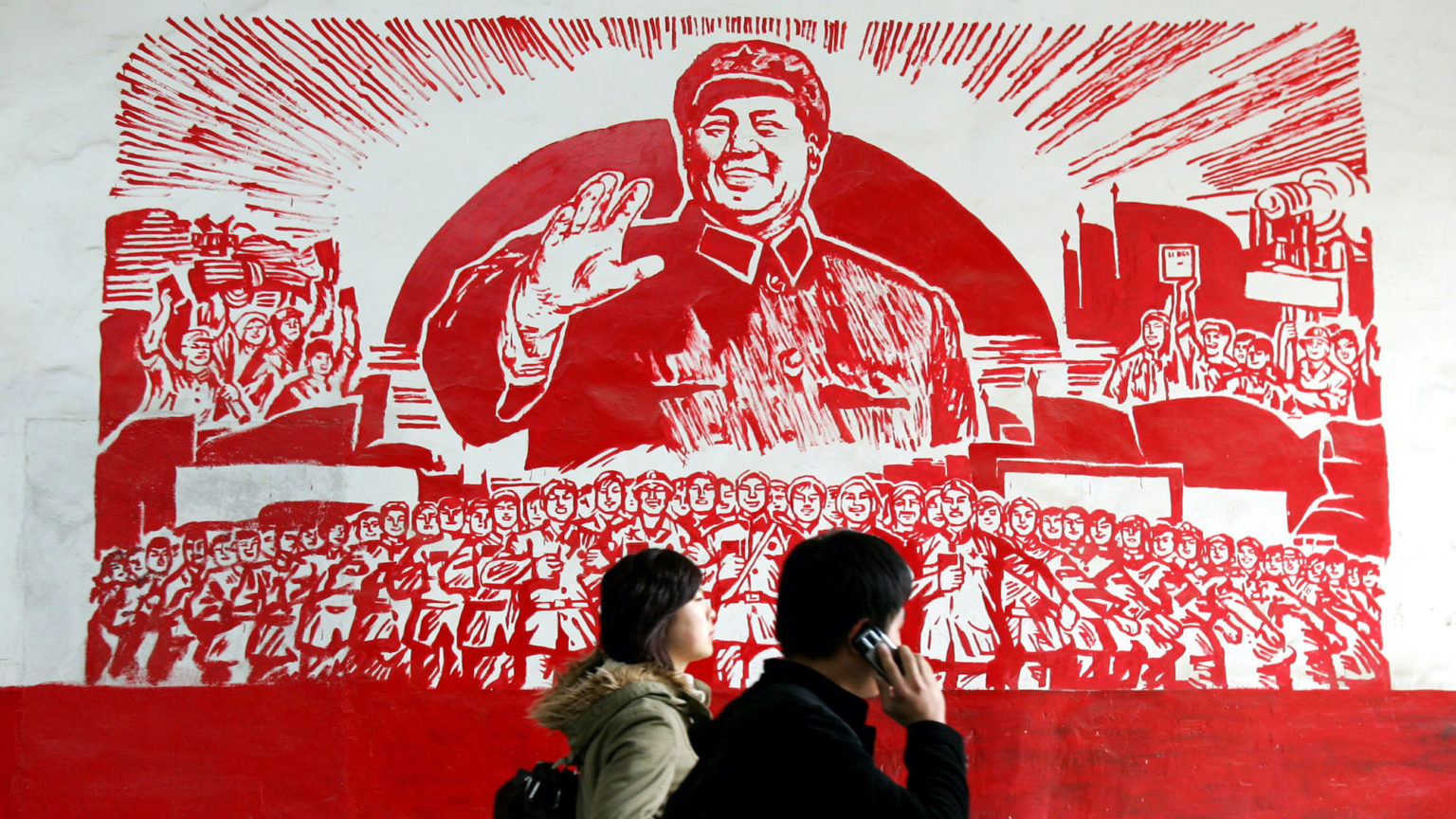 One hundred years ago, a handful of men met secretly in a small home located on a quiet street in Shanghai’s French Concession. Huddled around a table, the men – 13 Chinese, one Dutchman and a Russian – debated the future of China. It was from this meeting that one of the world’s most powerful political parties emerged: the Chinese Communist Party.

With over 90million members, the CCP today rules over nearly 20 per cent of the global population and possesses the world’s second largest economy.

Western coverage of the anniversary has focused on China’s undeniable economic success. But it has also drawn attention to the many atrocities and crimes overseen by the CCP, from the Great Leap Forward and Cultural Revolution of the Mao years, to the Tiananmen Square Massacre in 1989 and the treatment of Uighurs and other minorities today.

The Chinese Communist Party: A Century in Ten Lives, released to coincide with this anniversary, views the CCP from a slightly different perspective. Edited by Timothy Cheek, Klaus Mühlhahn and Hans van de Ven, it is divided into 10 chapters, one for each decade of the party’s history. Each chapter is a microhistory of a significant historical figure in the CCP’s development. Through telling these figures’ stories, the authors hope to give a fuller picture of the CCP’s history, showing the many different actors who both shaped it and were shaped by it, and the contingent nature of many key events in the party’s history.

The Chinese Communist Party begins with a man who was not Chinese and did not even agree with the CCP’s founding: Henk Sneevliet, the aforementioned Dutchman.

Sneevliet had a revolutionary pedigree, having organised labour strikes in Indonesia, then under Dutch colonial rule. In the early 1920s, he was dispatched to Shanghai, on behalf of the Comintern, to propagate revolution in China.

According to Tony Saich, the author of the Sneevliet essay, the Dutchman did not believe China was ready for a Communist Party. ‘Right up until he left China in 1923, he retained his preference for propaganda, education work and activism in the emerging labour movement’, Saich writes. ‘These activities, he believed, were more important than establishing a political party.’ Nevertheless, Sneevliet’s views on how the newly formed party should operate proved significant.

Chen Duxiu, one of the party’s key founders, wanted the party to become an ‘army of the proletariat’, and advocated a hostile attitude to all other political parties. For Sneevliet, influenced by the Indian Communist MN Roy, such an approach was naive. China, he argued, lacked a modern working class and the newly minted Communist Party had no independent powerbase. As a result, any revolutionary movement in the country would have to ally with Sun Yat-Sen’s Nationalists (KMT).

The Comintern agreed with Sneevliet, labelling the KMT a ‘revolutionary organisation’. And so eventually did the CCP. The CCP and KMT were now in an uneasy alliance.

‘[This] tactic’, writes Saich, ‘was successful initially and enabled the CCP to expand membership that would have been inconceivable if left to its own devices. CCP membership expanded significantly, and the party was able to establish strong connections with the [trade] unions and peasantry.’

However, the KMT did not move in a more revolutionary direction. Instead, the KMT’s new leader, Chiang Kai-shek, saw the Communists as a threat. So, in Shanghai, 1927, Chiang turned on them, unleashing a wave of mass executions.

In the midst of this defeat, however, Mao Zedong emerged. He turned the party into a guerrilla movement able to conquer the entire country.

Mao’s position as party leader was not totally secure in the early days. And his sidelining of potential challengers to his power takes up two chapters.

The first is dedicated to Wang Ming, a party member who lived in Moscow in the 1930s. The Soviets sent Wang back to China as war approached, in order to convince his comrades to form an anti-fascist alliance with the KMT against Japan.

The alliance worked for a time, until it broke down in the early 1940s. Wang then fell out of favour with the CCP and was denounced by Mao. He ended his years in bitter exile in the Soviet Union, dying in 1974.

In their battles with the Japanese during the Second World War, the Chinese Communists endured several crushing defeats. In the shrinking areas of China under Communist control, food was scarce and support for the party was dwindling. Mao responded by launching the so-called Rectification Campaign. This was a precursor to the sort of ‘ideological struggle sessions’ that would become common in later years, when party members were forced to make self-criticisms.

One prominent critique of this campaign was the writer Wang Shiwei. Before decamping to the Communist base in remote Yan’an, Wang had been involved in Shanghai intellectual circles, where he had become familiar with the ideas of Leon Trotsky. Mao eventually had him imprisoned and then executed during the war.

Mao, of course, went on to lead the party to victory, founding the People’s Republic of China in 1949. After almost three decades of brutal and often chaotic rule, he died in 1976. Within weeks of his death, a power struggle had broken out. However, by 1977 it was clear that Deng Xiaoping, a veteran of the party who had twice been purged by Mao, would emerge as the principal leader. Soon, China started to go through a process of ‘de-Maoification’.

Outside of China, it was a different story, with millions still happily taking up arms in Mao’s name. This was because, during his years in power, Mao had tried to position the CCP at the vanguard of a global revolution, with Beijing the centre of ‘anti-imperialism’. This meant that the Mao-era CCP had a global as well as domestic history. As Julia Lovell writes in her chapter on the Peruvian philosophy professor turned Maoist insurgent, Abimael Guzman, the CCP’s global history ‘takes place in the tea plantations of north India, the villages of Zimbabwe, the rice paddies of Cambodia, and the guerrilla refuges amid the high-rises of suburban West Germany, as well as the sierras of the Andes’.

Of course, while the likes of Guzman were trying to turn the world upside down in Peru during the 1970s and 1980s, Chinese citizens were facing momentous changes of their own. The great collective farms were broken up, private enterprise was slowly allowed to emerge, and foreign investment cautiously welcomed. ‘It is glorious to get rich’, Deng, now the undisputed leader of China, would declare in 1992.

Zhao Ziyang was one of the key figures of this reform period, and he is the focus of the 1980s chapter. During this decade, Zhao served in many key roles. However, he is best known for his sympathetic stance towards the 1989 Tiananmen Square protesters. As punishment, the CCP put him under house arrest for the remainder of his life.

The Zhao chapter details some of his early democratic sympathies, such as his support for dissenting Big Character posters in Guangdong in the 1970s. However, the key to understanding Zhao’s sympathies for the protesters lay with his own understanding of the market reforms he helped implement in the 1980s. Zhao effectively became convinced that a flourishing market economy was not compatible with the dictatorial rule of the party. Economic reform, he believed, required political reform.

The Chinese Communist Party chronicles many more figures, including: Wang Guangmei, the wife of Liu Shaoqi, both of whom became victims of the Cultural Revolution; dissident intellectual Wang Yuanhua; and Jiang Zemin, the former president of China, whose presence continues to loom large in Chinese politics.

The editors do begin each chapter with a short outline of the relevant period in Chinese history, but this is not an introductory history of the party. Nor is it a guide to the current worldview of the CCP under Xi Jinping. Rather, as the editors intend, it is an attempt to show how various figures, from a Dutch Communist to a Peruvian philosopher, were shaped by the CCP, and how they, in turn, helped to shape the party.

The Chinese Comunist Party may be an incomplete history of the party. But it still provides an illuminating and alternative look into the development of this opaque and powerful institution.

The Chinese Communist Party: A Century in Ten Lives, edited by Timothy Cheek et al, is published by Cambridge University Press. (Order this book from Amazon(UK).)