Nikole Hannah-Jones and the affirmative-action paradox

In academia, being a person of colour confers almost unbelievable advantages. 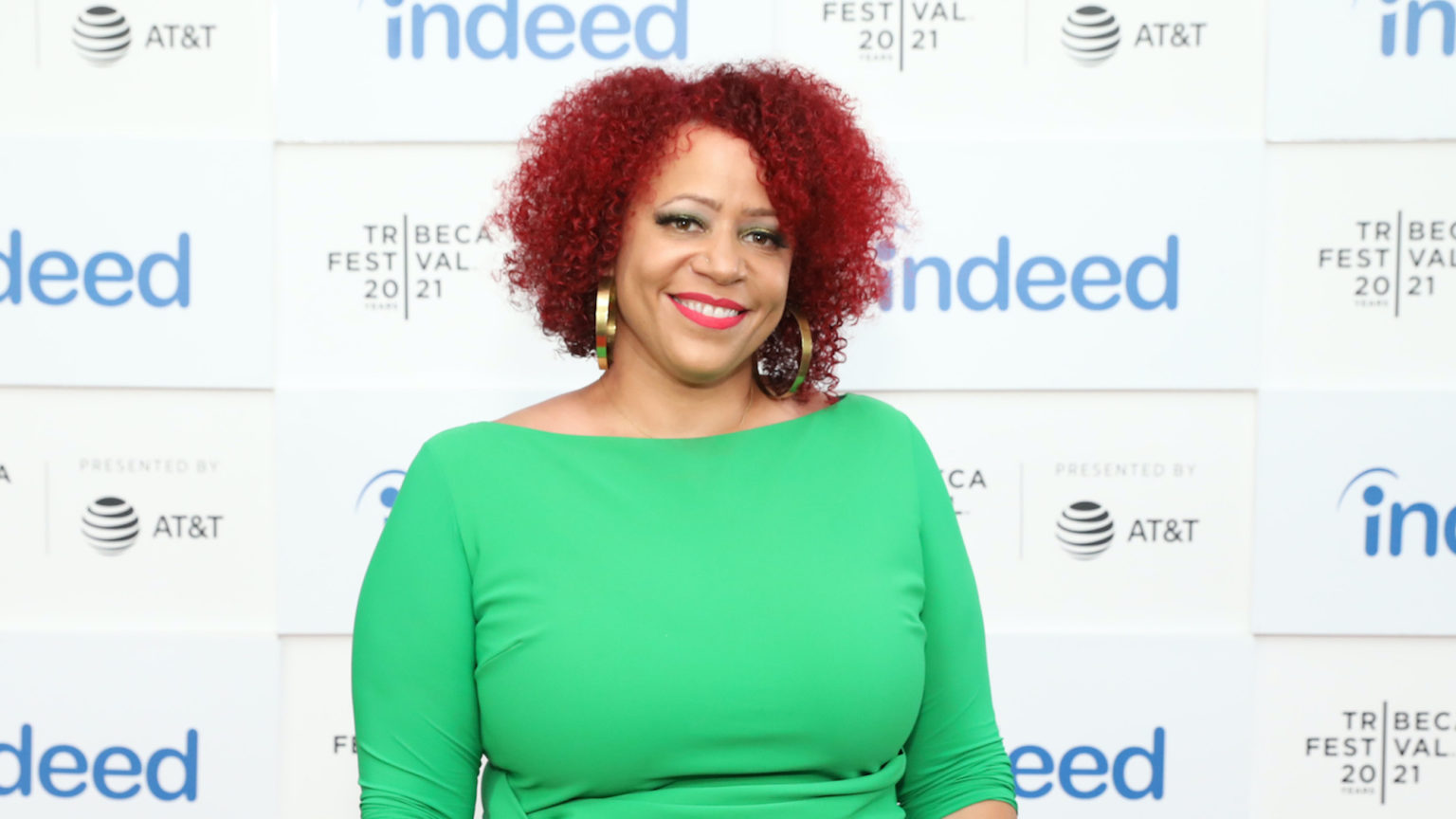 There are few better illustrations of the difference between the currently acceptable narrative about race and actual reality than the Nikole Hannah-Jones tenure saga at the University of North Carolina (UNC). The media would have you believe that an award-winning journalist applied for a job for which she was easily qualified, but after she experienced extraordinary racist abuse, she accepted an alternative position at a historically black university instead.

In the summer of 2020, UNC began negotiating with Hannah-Jones about a Knight Chair faculty position in the School of Journalism, and she was sent a formal offer letter in February 2021. However, despite Hannah-Jones’ status as a Pulitzer Prize, Peabody Award and National Magazine Award winner, this initial letter did not include an offer of tenure.

Some at first suspected this denial of tenure had something to do with NHJ’s politics. But more sinister rumours were afoot. Major protests rocked the UNC campus, and more than 30 faculty members signed a formal statement decrying the denial of tenure as ‘racist’. Finally, at the end of June, the UNC trustees did the right thing, and approved her tenure by a vote of nine to four. However, offended by this apparent insult, NHJ announced, several months later, that she would not accept UNC’s offer at all – instead she decided to join the faculty at the elite and almost all-black Howard University.

Much of this storyline is complete fantasy. Firstly, before activist media became involved, NHJ was happy to sign UNC’s initial offer – which was apparently a completely standard academic offer letter. It noted that her position would not be ‘inherently tenured’, but also that it would likely produce tenure ‘at the end of the contract’.

Even if the decision not to offer tenure at the hiring stage was specific to Hannah-Jones, this had literally nothing to do with racism. The controversy around her hire relates to her ‘award-winning’ work. Dozens of serious media and academic outlets on the right and the left have savaged the 1619 Project that made Hannah-Jones’ name. Her claim that the American Revolutionary War was fought largely to preserve slavery has been widely debunked. (I have also harshly criticised 1619 on spiked and elsewhere.) Even the Project’s own fact-checker wrote an article for Politico, criticising Hannah-Jones for not listening to her factual advice.

It is worth looking beyond the particulars of the Hannah-Jones saga. Almost no faculty contracts involve a promise of immediate tenure, with the best and most prominent faculty hires generally being brought in on the tenure track. And while journalism schools can sometimes be an exception to this rule, almost no tenure-track faculty are hired without a PhD or other terminal degree, and some history of scholarly publication. NHJ’s highest degree is, according to what is publicly available, an MA from UNC. Despite this, her proposed contract was one of the best job offers in academia I have ever seen: it reportedly included a guaranteed $180,000 per year in salary, a $100,000 ‘start-up package’ and almost $10,000 in moving funds.

Had Hannah-Jones taken up the position, she would have immediately become the highest-paid professor in UNC’s sizable journalism school, supplanting John Sweeney, ‘who has taught at the school since 1981 and makes $151,954’. In exchange for this amount, NHJ was required to teach two classes per semester and ‘produce journalism projects about structural racism’. In fact, the entire focus of the Knight Chair in Journalism was also changed to ‘race and investigative journalism’ to accommodate her.

Literally nothing indicates that Hannah-Jones’ race provided any barrier to her proposed hiring. On the contrary, diversity was widely cited as a reason for bringing her on board. The university that sought to employ her has a Diversity/Equity/Inclusion (DEI) office which employs dozens of people and has its own unique website. The deal she went for after rejecting UNC’s pitch wasn’t too shabby, either: her new position at the nation’s top black college comes with a six-figure salary, with Ta-Nehisi Coates as a co-worker, and is funded by nearly $20million in donations.

In other words, the mainstream-media discussion of the Hannah-Jones tenure is an extraordinary reversal of reality. Sadly, this is not unique to her case. A very widespread theme in modern discourse is that ‘mediocre’ white males are held to lower standards than – say – bisexual Hispanic women when it comes to college admissions or corporate hiring. There is, in fact, a recent best-selling book about this ‘phenomenon’ by Ijeoma Oluo, fittingly titled Mediocre. Though there is more than a residual racial bias that endures for entry-level jobs, there is no evidence to support this claim in the corporate world or in academica. It is the exact opposite of the truth. Affirmative action has long been legal, if not mandatory, under US law. Almost every Fortune 1000 company or reputable university employs an entire department of bureaucrats focused on making their institutions more diverse.

The edge granted to some groups by affirmative action is not a matter of speculation. The lawyer Peter Arcidiacono, attorney for the mostly Asian-American suite of plaintiffs in a recent lawsuit against Harvard University, has pointed out that the chance of acceptance to Harvard for a student in the top decile of academic excellence is barely more than 10 per cent for an Asian applicant. In contrast, that rate is just under 20 per cent for a white kid (and a bit lower for a white male). If two candidates, one Asian and one black, have exactly the same qualifications, the Asian candidate has a 25 per cent chance of admission, while the black candidate has a 95 per cent chance.

These enormous advantages stretch far beyond a single elite institution. Looking at acceptance rates across all US medical schools between 2013 and 2016, the centre-right American Enterprise Institute found that the chances of admission for a below-average candidate were six per cent for an Asian-American, eight per cent for a Caucasian, 31 per cent for a Hispanic or Latino, and 56 per cent for a black candidate. Academics Richard Sander and Stuart Taylor have pointed out that, across all universities – undergraduate and graduate – the affirmative-action advantage for African American students can translate into hundreds of extra points in test-score terms (out of a maximum of just 1,600 points).

Some may, privately, suspect that the reach of affirmative action extends beyond the classroom and the boardroom to awards. Was the 1619 Project really the best piece of factual journalistic commentary produced in 2019? I can hardly be alone in asking this question, especially following embarrassing incidents like the National Association of Scholars submitting a formal public letter from 21 experts to the Pulitzer Board, calling for the revocation of the 1619 Project’s prize.

One thing is for certain: the mainstream narrative on race does not recognise the prevalence of affirmative action in US society. In their book Mismatch, Sander and Taylor investigated whether black students thought a black teenager would be more or less likely to be admitted to a typical selective college than a white kid with equal credentials. An astonishing 67 per cent of black respondents said the black applicant would be less likely to be admitted – presumably because of racism – while only five per cent said the white student would be. And, right there, we have the ‘NHJ paradox’. Because of false messaging, people who are empirically and measurably privileged (in the world of academia at least) expect to be victims of racist abuse.

How to stop this trend? One obvious if blunt suggestion comes to mind: we should start actually treating all people exactly equally, and be damned open about it.