The birth of the Chinese Communist Party

100 years ago, young radicals were engaged in a brutal struggle for freedom. 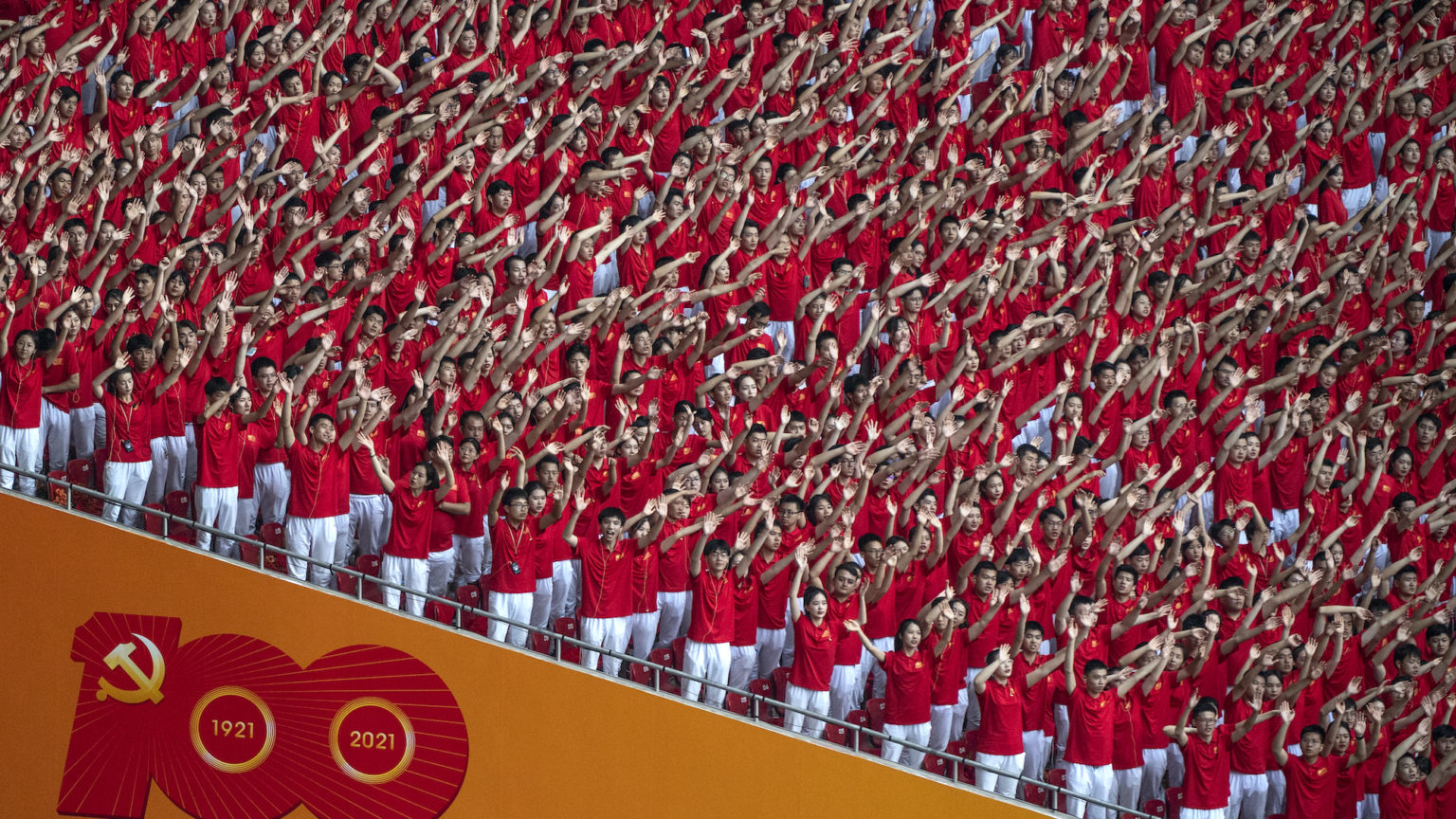 The Chinese Communist Party is celebrating its 100th birthday this month.

Much of the Western press has focused on President Xi’s speech on 1 July to mark the centenary, where he vowed that ‘we will never allow any foreign force to bully, oppress, or subjugate us’.

‘Anyone who would attempt to do so’, he continued, ‘will find themselves on a collision course with a great wall of steel forged by over 1.4 billion Chinese people’.

In many Western translations, his speech was decidedly more bloody and uncompromising. But the message from Xi was clear: ‘China will not accept sanctimonious preaching from those who feel they have the right to lecture us.’

It is a fair point. For much of China’s modern history, its people have been under the cosh, from invading foreign forces and repressive domestic ones. And throughout all this, the West has not been a great ally.

This is why recalling the birth of the Chinese Communist Party 100 years ago is important. For it reveals a moment in China’s history, when its radical, democratic liberalisation seemed possible.

China cast off the imperial yoke of the Qing dynasty in 1911. It had ruled since the end of the Ming dynasty in 1644, but had ossified in its later years. During an era of mounting anti-imperialist revolutions around the world, the appointment of the two-year-old Puyi as emperor in 1908 was the last straw for many in China. Puyi was dethroned, and abdicated in February 1912.

The first leader of the new republic was Sun Yat-Sen. Educated at a British missionary school and an American school in Hawaii, he was a nationalist who wanted to introduce democracy to China and rid the country of foreign interference.

He stood down one year later to allow the autocratic military leader Yuan Shikai to take the reins. Frank Goodnow, an American legal scholar and the first president of the American Political Science Association, was brought in by Yuan to draft a new Chinese constitution. The first draft made Yuan Shikai President for Life. The second, in 1915, proclaimed Yuan the new Emperor of China. Western powers supported Goodnow and Yuan, because they wanted a stabilising strongman who could hold China together. As Goodnow put it:

‘It is of course not susceptible of doubt that a monarchy is better suited than a republic to China… It removes the possibility of revolution arising out of the difficulties of choosing a successor to the president, such as we have seen in Mexico.’

However, within a year, Yuan was dead and, from 1916 until 1928, China descended into factionalism and division. This period has become known as the Warlord Era.

Yet for all its historic humiliation at the hands of Western forces, China was still keen to be seen as a world power and an ally of the Western world. To that end, over 150,000 Chinese men – the largest of all foreign labour corps – were sent to the Allied frontline during the First World War.

As the war came to an end, the Chinese expected fair treatment and the return of territory in Shandong that had been taken by the now defeated German army. However, the Treaty of Versailles in 1919 ignored Chinese requests, and handed over the ex-German territories to Japan. The territorial sovereignty of the Chinese state was of no consequence to the victorious allied forces. As a result, huge protests, which became known as the May Fourth Movement, took place in Beijing and across China. These culminated in a general strike in Shanghai in June 1919.

The American philosopher, John Dewey, witnessed the protests and recognised that democracy could not be imposed on China from without. He said it had to be a ‘transforming growth from within’. Likewise, British philosopher Bertrand Russell arrived a year later and condemned ‘all those foreigners who wish to exploit China praising the old tradition and deriding the efforts of Young China to construct something more suited to modern needs’.

This radical shake-up was taking place during the Warlord Era – that is, as China was collapsing into fiefdoms ruled by brutal militias. As one historian put it, ‘the adjunct actions of banditry institutionalised violence… undermined the economy and made a mockery of attempts to find political solutions’ (1).

Yet, even as factionalism and infighting raged in the aftermath of the First World War, and militia groups continued to ‘burn, kill, rape and rob’ (2), radical ideas and subversive newspapers flourished. Many intellectual critics formed oppositional political groupings, and turned to revolutionary, internationalist ideals.

One of the most profound was the New Culture Movement (which gave rise to the May Fourth Movement). Formed of democratic nationalists, the New Culture Movement condemned imperialism, rejected Confucian traditions and, most importantly, praised Western ideas. Famously, during the May Fourth Movement protests in 1919, the demonstrators held aloft placards appealing to ‘Mr Science’ and ‘Mr Democracy’.

Some even call this moment the Chinese Enlightenment. And it was out of this moment that the CCP’s founders, such as Li Dazhao and Chen Duxiu, emerged. They had been politicised though the New Culture Movement, but were now shifting the conversation from Western liberalism to Marxism.

In June 1921, the Comintern sent Russian cadres to China to nurture the nascent Communist aspirations in the nationalist camp. The first congress of the Communist Party – involving 13 Chinese activists, including Li and Chen – began in Shanghai on 23 July. (The Site of the First National Congress of the Chinese Communist Party is now an incongruous building almost engulfed by the consumer precinct at Xintiandi).

Between 23 July and 30 July, the congress held six sessions. But when they realised that they were to be raided by the French Concession police, they relocated for the final session to a boat on Nanhu Lake in Jiaxing, Zhejiang province. It was here that the Constitution of the CPC was finalised. It is worth noting that one of those present for the first meeting in July 1921 was a library assistant turned peasant organiser, called Mao Zedong.

In 1924, the CCP joined with the Nationalist Party (Kuomintang), led by Chiang Kai-Shek, to fight against the warlords and unite China. It was an ill-fated United Front.

In 1927, the leadership split into two distinct groups. On the one side were the leftists and Communists, representing the working class and the peasantry. On the other were the nationalists of the Kuomintang, who represented the monied interests of the urban bourgeoisie and the rural landlords (3). In April 1927, Chiang launched a surprise purge of Communists, massacring thousands of trade unionists, activists and Communist sympathisers.

On 5 May 2021, a new, somewhat sterile, official Museum of the Chinese Communist Party opened. It tells acceptable narratives that reinforce the needs of the current party leadership. Inappropriate tales are excluded, and useful stories magnified. As always, the full, uncomfortable history of the CCP will not be available to Chinese people through official channels.

But it should be. For in reality, the history of the Chinese Communist Party provides a much more nuanced, empathetic story of a new nation’s aspiration for democracy, independence and liberty than many are aware of.

Sadly, for the Chinese Communist Party of today, promoting enlightening stories of civilian rebellion against entrenched authority is too destabilising to countenance.

Austin Williams is director of the Future Cities Project.