A council's decision to allow an adult act to perform for children represents a tremendous moral failure. 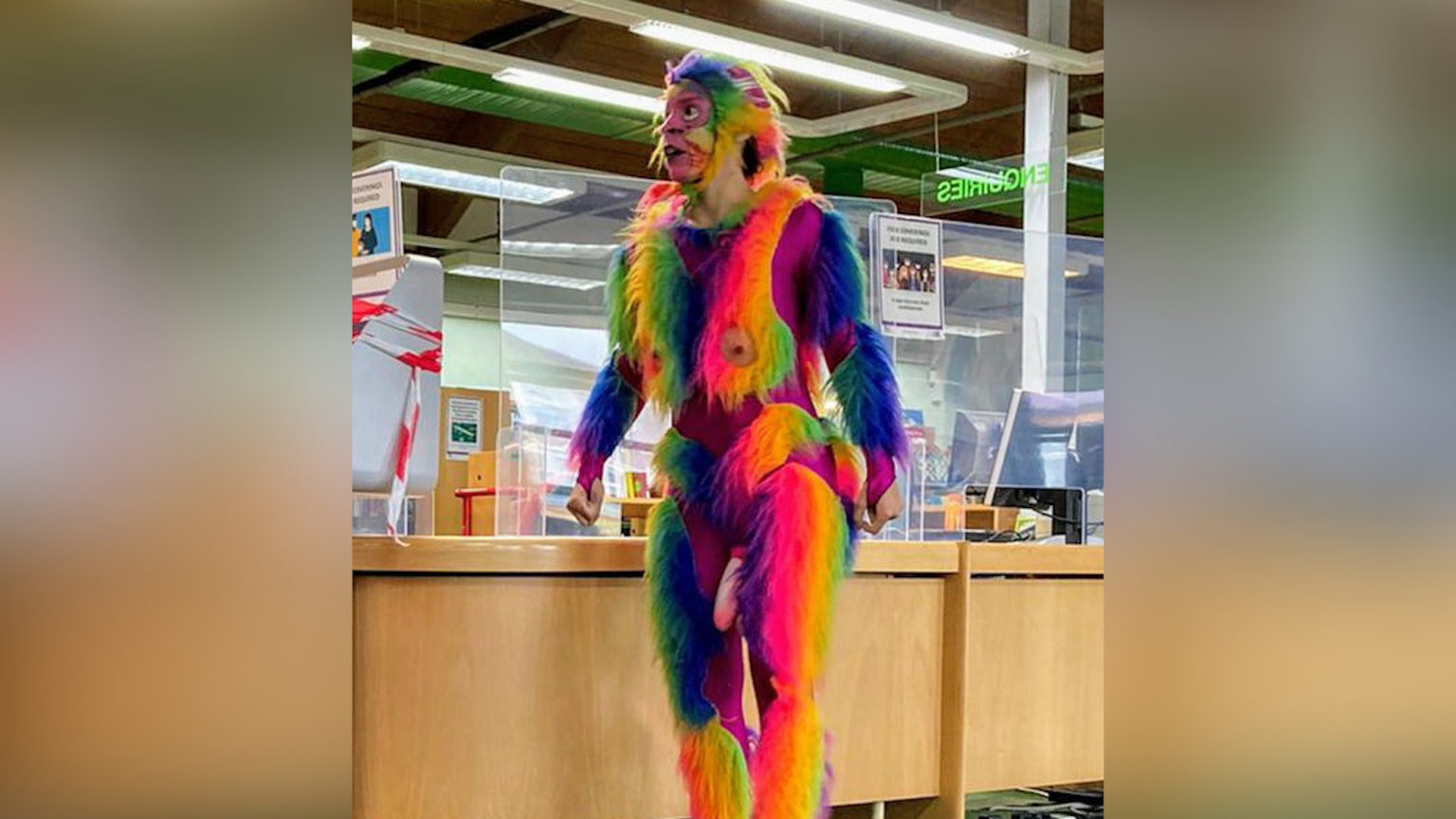 What says ‘Summer Reading Challenge’ more succinctly than monkey cock? This is one of the questions left hanging by the decision to invite performers from carnival troupe Mandinga Arts to Goodmayes Library in Redbridge last Saturday. Predictably, social media went wild when images were shared online showing a man wearing a monkey costume adorned with a foot-long swinging, simian schlong.

On Saturday, the staff behind the Redbridge Libraries social-media accounts were clearly buzzing on the bantz, quipping about the chimp cock. ‘When you’ve got it, flaunt it’, they tweeted, alongside a photo of the man himself.

Since the story broke, the Mandinga Arts website has disappeared, replaced with a holding page. The organisation’s social-media feeds have also been scrubbed of questionable content. But screenshots taken while the site was still live and shared across social media show photos of smiling performers in giant penis costumes indulging in simulated sex acts. Mandinga Arts has unconvincingly apologised for any offence caused.

The tone of these statements suggests that Redbridge Libraries and Mandinga Arts believe the problem is not in their actions, but rather in the minds of the uptight pearl-clutchers of Middle England. But the problem here is not about ‘offence caused’ to narrow-minded people. It is about who we let in when we break down certain taboos.

‘This is a shocking failure of safeguarding’, says Tanya Carter of the safeguarding group, the Safe Schools Alliance: ‘There are serious questions to be asked regarding the processes that led to this mind-boggling episode. Anybody who thinks this over-sexualised performance is children’s entertainment and not an overt display of eroding children’s boundaries does not understand child safeguarding and therefore should not be working anywhere near children.’

This is not the first dodgy decision taken by Redbridge Libraries. On 3 February, it hosted a drag queen known as Mama G for LGBT+ History month. The event was advertised as ‘sharing stories and songs that celebrate being who you are and loving who you want’. Which sounds innocuous enough.

But Mama G has hit the headlines before, most notably in Devon in 2019, when parents were angered that he had taught a pre-school audience how to twerk. The case was just one in what has become a long line of reports about drag queens indulging in inappropriate behaviour at LGBT events aimed at kids. At libraries, as elsewhere, it seems due diligence is out, and adult-themed entertainers are in.

Ultimately, who signs off bookings at Redbridge Libraries is irrelevant. In this latest incident, the spectacle of a children’s entertainer with a prosthetic cock was witnessed by the other performers, library staff, social-media officers and ordinary members of the public before it was openly criticised. Like one of those social-psychology experiments, individuals’ implicit sense of wrongdoing was pitted against their desire to fit in with a group. And just as with the majority of test subjects in such experiments, none of those in attendance broke ranks to condemn obviously troubling behaviour.

Because it was obviously troubling behaviour. Young kids were being treated as if they were adults. This is not an issue limited to a few excitable local councils, either. We see it all around us, above all in the growing problem of the sexualisation of children.

And yet, in the UK today otherwise decent citizens are more fearful of being labelled prudish than they are of turning a blind eye to this sexualisation. No doubt, talk in the council crisis meetings that will inevitably follow this episode will be about mitigating reputational damage, and safeguarding staff against the pitchfork-wielding mob of Middle England. But, in this case, the rabble are right to see danger in the jungle.