Freedom is on the line in the Batley by-election

And yet both Labour and the Tories have ignored the Batley Grammar scandal. 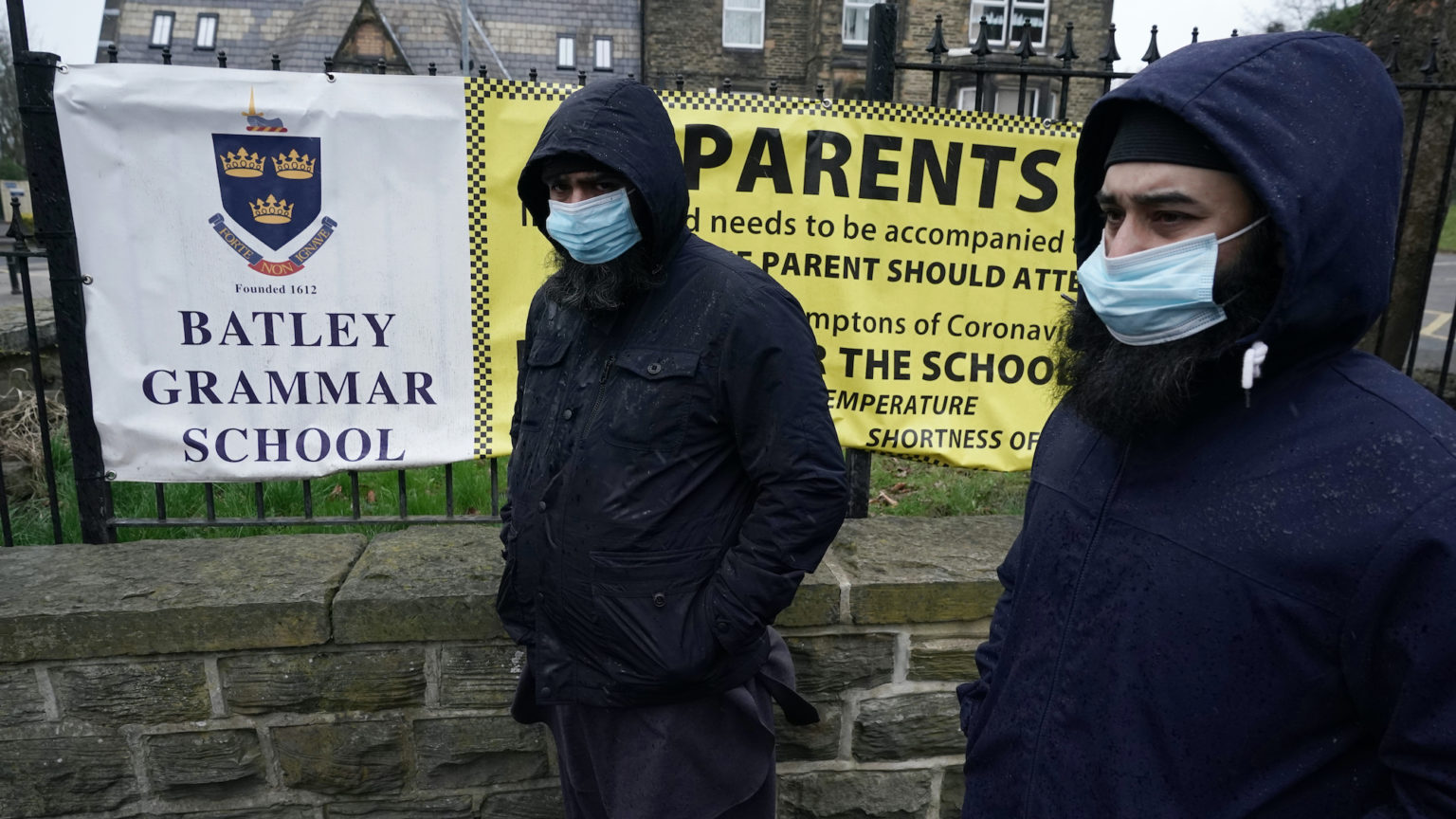 In March, a religious-studies teacher at Batley Grammar School in West Yorkshire was teaching a lesson on blasphemy. During the lesson, he showed the class a cartoon of the Prophet Muhammad to illustrate the sort of content that could violate laws on blasphemy in some countries. It was clear that no offence was meant – but sadly, the teacher’s good intent couldn’t save him from what was to come.

A student told a parent, and that parent told another. Outrage spread and soon dozens of adults were protesting outside the school gates. The teacher’s livelihood suddenly hung in the balance as the school’s head suspended him and issued a grovelling apology to the protesters. Speakers at the protests demanded that the suspension became a sacking.

Some of the activists went even further. The Batley teacher and his family were threatened and forced into hiding. Dark parallels were drawn with the heinous murder of French schoolteacher Samuel Paty, who was decapitated in October after showing his students depictions of Muhammad.

In the face of this challenge, the school and the local authority behaved disgracefully. They refused to defend the teacher, instead racing to appease the crowd that drove him and his family underground. This teacher’s defenestration was – and still is – an unforgivable abdication of responsibility. A supine school and a cowed council failed him and his family.

You would have thought that what occurred to the teacher would be a prime issue in the Batley and Spen by-election. But the major parties have scarcely addressed the matter. Instead, both Labour and the Tories have tried to bury the issue, possibly because their candidates lack the will or the vocabulary to address what is at stake. As the candidate for the Social Democratic Party (SDP) in the by-election, I have been shocked to find that our would-be political masters will not condescend even to attend proper hustings. They seem to be incapable of face-to-face debate. Their focus is on attaching forlorn signs to lampposts and sending out a mountain of leaflets with superficial slogans.

At the heart of our political culture is a commitment to free speech, free expression, freedom of thought, and tolerance of difference. People come here from every corner of the globe to enjoy our liberties and to fit into our peaceful and respectful democratic life. If this is to endure, it is essential that those in authority push back against any effort to undermine these vital norms. If we are to keep the freedoms we’ve enjoyed, we must show solidarity with the teacher and his family.

Last Thursday, I chose to speak to a gathering of Batley constituents who were also appalled by the Batley Grammar scandal. Most people in Batley know the school protesters represent no one but themselves. Many Muslim constituents I have spoken to during the by-election campaign are appalled by this episode. They are concerned that it will set back community relations and undermine our cherished political values. In reality, the school protesters don’t have a strong local base to work from. Many of them were bussed in from outside Batley.

All of this should come as no surprise. A clear majority of Muslims are deeply committed to the values which unite Britain, across this constituency and beyond. We must not allow the protesters to dominate the discussion.

What’s more, no community has a monopoly on intolerance. These school protests are but one sign of an insidious and creeping illiberalism that is gripping some parts of the country. The strong feelings of a few should not undermine free speech for everyone. Every inch we give to this intolerance in our public life has dangerous effects for the rest of society.

Anyone concerned about their freedom to express themselves should back the Batley teacher. That neither of the candidates from the establishment parties deigned to do so in this by-election demonstrates the cowardice of those who govern us – and the urgent need to replace them.

Ollie Purser is the Social Democratic Party’s candidate in the Batley and Spen by-election.