The American media care more about the narrative than the facts

From the lab-leak theory to the Lafayette Square tear-gassing, anti-Trump bias blinded our news media. 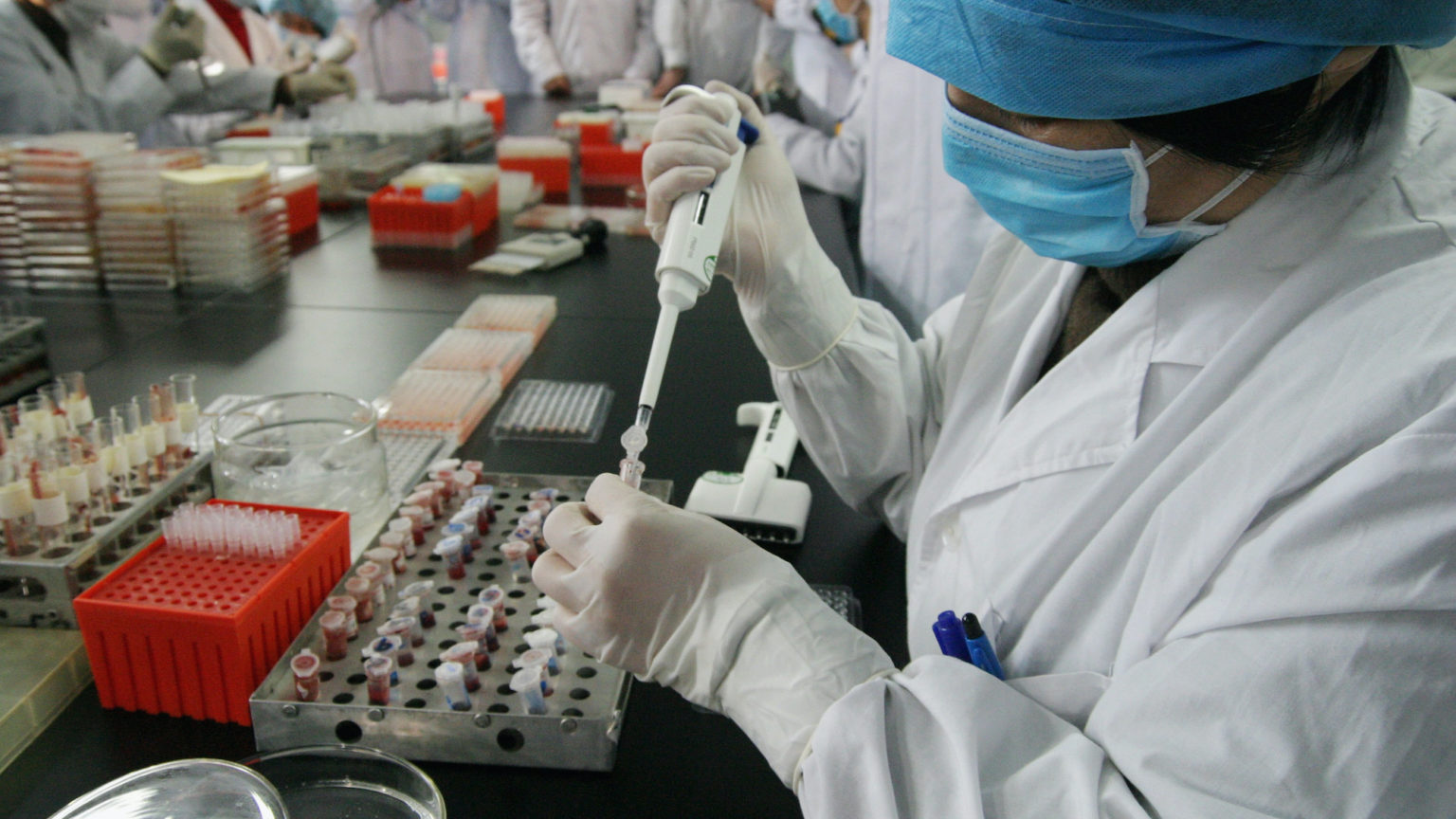 Just a few days back, the famous American news programme, NBC’s Meet the Press, opened with a truly Orwell-worthy line: ‘The narrative we all thought we knew was not reality.’

This single sentence rings true across a whole range of storylines these days. The lab-leak theory of the origins of Covid-19 was once so taboo that one could be permanently banned from social media for discussing it (ask Zero Hedge). Yet it was recently revealed quite possibly to be correct. The eminently respectable Wall Street Journal notes that a US government report found it plausible that the deadly virus ‘leaked from the Wuhan lab’. Similarly, the drug hydroxychloroquine was long another verboten topic of conversation in the media following some blustering comments from President Donald Trump – despite the claims of more than a few general practice doctors that it is an effective treatment for Covid. But a major study has since found that it increases survival rates for Covid patients by almost 200 per cent.

Finally, in the actual example being referred to by the talking hairdos on Meet the Press, the internationally viral claim that Trump had ‘tear-gassed peaceful protesters’ in order to stage a photo opportunity in Washington, DC’s Lafayette Square was revealed to be complete nonsense. In reality, professional park police had made plans for the raid days or weeks earlier and, as a bonus, the targeted protesters weren’t particularly peaceful.

Each of these incidents merits more in-depth analysis. Except perhaps for the Hunter Biden story, it is difficult to think of a potentially major and obviously newsworthy story more intensely suppressed than the lab-leak explanation for Covid’s origins. At least the potential validity of the lab-leak hypothesis should seem obvious to anyone with a working brain. One of the world’s most prominent laboratories engaged specifically in gain-of-function viral research (that is, research that changes an organism or disease so as to increase pathogenesis or transmissibility) is located in Wuhan, China. Not only that, the Wuhan lab works specifically with coronaviruses, including those taken from bats. The primary alternative explanation for Covid’s arrival appears to be that someone ate pangolin meat.

Despite this, however, mainstream rejection of the lab-leak hypothesis was immediate and overwhelming. Perhaps most notably, the financial markets-focused publication Zero Hedge was thrown off Twitter (permanently losing 670,000 followers) after ‘publishing an article linking a Chinese scientist to the outbreak’, and noting that it probably had human origins. Facebook and Twitter pledged further to take down all accounts that ‘spread misinformation about the virus’, presumably including all lab-leak content.

And then it happened. More than a few newly released reports, emails and working papers – including some content from pandemic patron saint Dr Anthony Fauci – have recently revealed that the lab-leak theory is, at very least, worthy of serious consideration. Most notably, one US government report concluded that ‘the hypothesis of a virus leak from a Chinese lab in Wuhan is plausible and deserves further investigation’. The report’s authors, from Lawrence Livermore National Laboratory, used genomic analysis of the Covid-19 virus to conclude that some aspects of its DNA structure looked abnormal, and consistent with human tampering. Perhaps most notably, to long-suffering bureaucracy watchers like myself, this report appears to have been fully prepared and available to at least one agency of the US government (the State Department) by late May of last year.

The hydroxychloroquine (HCQ) story arc is somewhat similar. Again, the basic claim at issue was made very early on by Trump. In April 2020, he noted that the US government had purchased ‘a tremendous amount of HCQ’ as a potential anti-Covid prophylactic and treatment. Trump went on to say: ‘It’s worked unbelievably. It’s a powerful drug on malaria. And there are signs that it works on [coronavirus], some very strong signs.’ A few weeks later, Trump then ‘shocked’ reporters and others by saying, in his inimitable fashion, that he himself was taking HCQ: ‘I’m taking it, hydroxychloroquine. Right now, yeah… ’cause I think it’s good. I’ve heard a lot of good stories.’

Again, the response to both these statements was immediate and almost wholly negative. The UK-based Daily Mail notes that Trump’s support ‘for the unproven drug’ was ‘described by critics as reckless and dangerous at the time’. Virtually every element of Big Orange’s first set of statements was fact-checked by the StatNews web resource, days after he made them. And Senate majority leader Chuck Schumer gave an emotional speech, arguing that Trump’s medical-use declaration was ‘reckless, reckless, reckless’, and amorally ‘giving people false hope’.

But it looks like the former president may have been right after all. A professional study of some 255 Covid patients was recently done by Saint Barnabas Medical Center in New Jersey. The authors found that HCQ is a very effective treatment for at least severe cases of Covid-19. When ventilator-dependent patients were administered fairly high doses of HCQ, they demonstrated a survival rate ‘fully 2.9 times’ that for untreated patients. While this one study, conducted in a single (if major) hospital, is not perfectly conclusive, positive 290 per cent increases are rather rarely seen in the hard or social sciences. Further, this study looked at the efficacy of HCQ in combination with a ‘Z-pack’, containing zinc and the drug Azithromycin, the recommended method for the administration of the drug. At least some of the other studies, which found little effect from HCQ, did not do this.

The Lafayette Square story unfolded similarly. On 1 June 2020, National Public Radio (NPR) was only the most prestigious of many outlets to run with a headline reading almost exactly ‘Peaceful protesters tear-gassed to clear way for Trump photo-op’, after many DC-based demonstrators claimed this occurred. NPR author Tom Gjelten’s story opens thusly: ‘The plaza between St John’s Church and Lafayette Park was full of people non-violently protesting police brutality late Monday afternoon when US Park Police and National Guard troops, with the use of tear gas, suddenly started pushing them away for no apparent reason.’

A bit later on, Gjelten goes on to give the only ‘reason’ ever cited in the story: ‘President Trump wanted to walk from the White House through the park to the Episcopal Church.’ Like many other writers to comment on this story for left-leaning publications, Gjelten points out what many would refer to as near-ultimate irony: the allegedly amoral and fast-living Trump held up the Christian Bible during a short patriotic speech at the church, ‘without praying, or quoting a verse appropriate for the moment’. At least one local pastor, apparently, was ‘incensed’.

He, she or xe may well have been, but the prevailing narrative itself has – almost a year later – been revealed to be as fictional as the most dubious of conventional religious beliefs. A report released last week, by the US Interior Department’s inspector general, revealed that: first, the president had nothing to do with the clearing of the park; and, second, any tear gas deployed was used by the diverse local DC police and not by federal agents.

According to the rightist but eminently respectable Washington Times, the inspector general ‘exonerated former president Donald Trump of accusations that his administration ordered the removal of protesters at Lafayette Square last year’, so that Trump could ‘walk from the White House to a nearby church for a photo-op’. It also turns out that Lafayette Square protesters, rather famously, weren’t that peaceful. Even NPR noted in passing that ‘violent’ clashes between protesters and police had occurred around the church the week of the park’s clearing – the basement floor of the holy building itself had been set on fire the previous Sunday. Full-on fact-checking articles from sources like USA Today and Snopes have confirmed that the park clearing had nothing to do with Trump.

As heterodox pundits like Glenn Greenwald have pointed out, a remarkable element of all these storylines is that many facts which eventually ‘came to light’ were known to large numbers of powerful people for months. The US government document detailing the potential human origins of Covid-19 was in the possession of at least the State Department 13 months ago. The Washington Examiner, summarising both sides of an active debate within the medical-research community, pointed out in September and November of last year that HCQ can work when administered to the proper population of patients. In the Lafayette Square case, it surely must have occurred to one of the literally hundreds of reporters covering Trump’s ‘disgraceful’ actions that American presidents almost never personally initiate major police or military actions with zero days’ notice.

So what happened? Did anything change? Was there a total reversal of major storylines that had run un-altered for a year? A cynic might well note one obvious difference: the occupant of the White House is now Joe Biden. It is no mere speculation that mainstream media in the States leans left: a famous 2004 poll by Pew found that exactly seven per cent of national reporters identify as conservatives or libertarians (much the same is true in academia, where 18 per cent of social scientists identify as Marxists, and Democrats outnumber Republicans 30:1 in some fields). This slant – bias, if you will – was definitely reflected in television and newspaper coverage of Trump, with network TV coverage of the Orange Man being 91 per cent negative during at least one significant bloc of time.

Astonishingly, Time magazine at one point ran a major story detailing a ‘behind-the-scenes conspiracy’ involving business, labour and thought leaders – who allegedly worked together to ‘fortify’ Election 2020 and ensure a Trump defeat. Perhaps, with the spectre of media coverage potentially helping the Voldemort of politics win a second term off the table, news outlets no longer feel so constrained to bury certain probable truths. Some prominent voices have damn near said as much, with ABC’s Jonathan Karl finally admitting the plausibility of the lab-leak hypothesis, while noting: ‘Some things may be true, even if Donald Trump said them.’

Some might take a better-late-than-never approach towards data-based mainstream media swivelling on key topics. However, it should go without saying that it is a bad and dangerous thing for a national media – or an academic elite, or a public-health establishment – to be perceived as biased and untrustworthy by huge swathes of the population it serves. A term used increasingly often, in ‘Intellectual Dark Web’ parlance, is ‘narrative collapse’. The idea here is that the original storylines presented by socially acceptable elites around a whole range of topics – police shootings, racial incidents, high-profile hate incidents, allegations against conservative (or genuinely radical) public figures, performance gaps used to allege systemic current bias – are, more often than not, revealed as largely or entirely false. This pattern causes a latent social distrust that has no imaginable upside. And it potentially pushes citizens towards reliance on extreme sources, if not plain old-fashioned nihilism.

There is one way out of that leg-hold trap, of course. Mainstream journalists and public intellectual sources might re-commit to weighing the facts honestly, and running with those articles and editorials most likely to be true, as opposed to expedient.