How war made the modern world

Linda Colley's The Gun, the Ship, and the Pen digs at the bloody roots of modern constitutions. 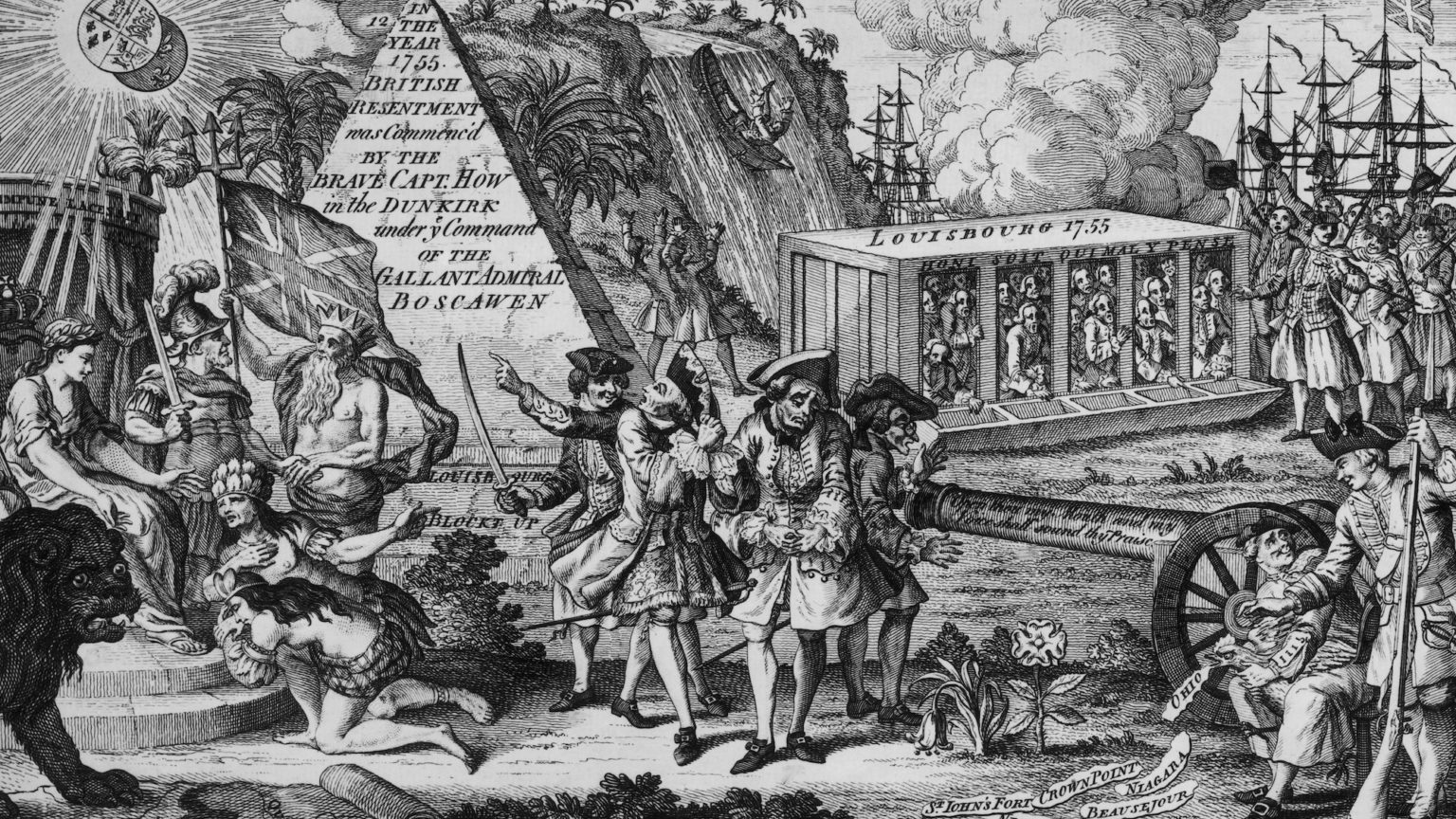 Corsica in the 1750s was a desperately poor and violent place. Home to around 120,000 people, the Mediterranean island had struggled for years against the rule of nearby Genoa, and much of it was also plagued by clan warfare.

It is here that Linda Colley begins The Gun, the Ship, and the Pen, her book about the creation of the modern world. Because it was here, in the town of Corte, that one of the great revolutionary constitutions of the 18th century was penned.

In 1755, Corsican rebel leader Pasquale Paoli successfully drove the Genoese out of nearly all of Corsica and proclaimed the island an independent sovereign state. He laid down his vision of a new state in a 10-page document – a costituzione.

This document contained ‘radical political transformation and aspiration’, writes Colley. Paoli outlined plans for a parliament, or a General Diet, which was due to meet annually and have responsibility over taxation and legislation. While Paoli’s constitution assigned himself the role of ‘general for life’, among other powers, there were plenty of aspects we would today recognise as democratic. For example, the constitution stipulated that every official – Paoli included – would have to justify his actions to parliament every year and, as the constitution put it, ‘wait with submissiveness the judgment of the people’.

While the constitution itself said little about how the diet was to be elected, Colley notes that, by 1766, all of Corsica’s male inhabitants over the age of 25 seemed to have been eligible to stand for election, and to vote for the assembly’s members. ‘Potentially’, she writes, ‘this provided for a wider level of democracy on Corsica than existed anywhere else in the mid-18th-century world’.

After the creation of the Corsican Republic, Paoli was lauded by liberal voices across Europe. A British journalist called him a ‘planet of liberty, warming every soul in his progress’. Other writers drew comparisons with Epaminondas, the ancient Greek general who liberated Thebes from Spartan rule.

But why did this revolutionary constitution emerge in 18th-century Corsica? No doubt the influence of the French Enlightenment played a part. Like many men of his era, Paoli was also steeped in the classics, and is known to have been familiar with Livy, Plutarch, Horace and Polybius.

But that’s only part of the story. As Colley points out, the constitution ‘was also a response to the specific dangers confronting Corsica itself’. Aside from the permanent threat posed by the Genoese, Corsica was also strategically desirable to many of the then frequently warring European naval powers.

It was this sense of vulnerability, against a backdrop of war, which encouraged Paoli to create a constitution outlining the rights and participation of citizens in the new independent state. ‘Every Corsican must have some political rights’, wrote Paoli. ‘If the franchise of which [the Corsican] is so jealous is, in the end, but a laughable fiction, what interest would he take in defending the country?’ Corsica’s only hope of survival, in Paoli’s estimation, was the mass military mobilisation of men – and this would only be possible with the mass political empowerment of men.

This, as Colley sees it, is a prime example of how the creation of constitutions in the late 18th century was intimately tied up with the upsurge of war during the same period. ‘For Paoli and for Corsica – as would be the case later on for many other peoples in many other places – it was in large part the threat of war, and the outbreak of war, that enabled, enforced and influenced innovative written constitutionalism.’

As she demonstrates, from the 1750s, the world had indeed become a much more violent place. Wars were not only more frequent. They were also much larger in scale and reach, mobilising more men, ships and resources to fight over much vaster distances. For example, the Seven Years’ War (1756-63) involved fighting from the Americas to East Asia.

Accompanying the surge in warfare was an uptick in what Colley terms ‘political paperwork’. Across the world, states, under the pressure of war, redefined their relationships with their citizens. She notes that, ‘after 1750, outbreaks of war repeatedly led across continents to periods of dramatic rupture, which then – sometimes – prompted the creation of constructive new political constitutions’.

One key part of the story is how large-scale warfare put immense fiscal pressure on states, eventually leading to crisis and revolution – most notably in America, France, Haiti and across Latin America. But this is not just a story of how war creates crisis, weakens the state, and then leads to revolution. Colley also shows how the experience of war and the insecurity of the new revolutionary regimes spurred on the writing of constitutions. These states, having been created by the mass military mobilisation of men, needed to offer documents providing an outline for a system that would offer mass political engagement and rights.

Relatively short and easy-to-read written constitutions helped establish the new revolutionary regimes as factual entities, domestically as well as abroad. ‘By means of print’, writes Colley, ‘these critical documents could be used to communicate information on a new polity and nature of its ruling orders and ideas’. A newly cobbled together polity could use a constitution ‘to organise its inhabitants, demarcate its boundaries, develop and trademark its emerging identity, and proclaim its arrival as a modern player on the world stage’.

Her thesis does not just focus on revolutionary new states with somewhat democratic constitutions. Colley asks us to view the revolutionary constitutions of the 18th century in the context of what she sees as a wider increase in ‘political paperwork’ at the time. Leaders of both new and old states, republican and monarchical, from Moscow to Massachusetts, produced documents outlining and redefining the rights and liberties of citizens and subjects. This again was the result of warmaking and insecurity.

Colley tells the story of how Catherine the Great created a proto-constitution in the form of the Nakaz (the instruction), which coincided with her own expansion of the Russian Empire. Meanwhile, in Prussia, Frederick the Great attempted to systematise his state’s legal code – again, in the context of his own warmaking. Colley writes that he ‘explored different initiatives that might enhance unity and a sense of political community and readiness within Prussian Dominions, especially among males, the future soldiery and the prominent taxpayers’.

To be clear, these documents were very different to the sort produced by the revolutionaries of France and America. But they were still attempts to formalise political structures and rights into coherent documents. ‘These initiatives should not be pigeonholed away simply as exercises in enlightened despotism’, writes Colley. ‘As Catherine’s Nakaz demonstrates, they could involve discussions of rights and experiments with new forms of political communication.’

Importantly, Colley argues that these ‘enlightened despots’ were often motivated by similar fears and desires as the revolutionaries of the era:

‘In an era of increasingly demanding warfare, deploying innovative state texts in order to better engage the mass of subjects and ensure their armed service and taxes, while offering in return some guarantee around liberties and care, seemed to some European monarchs prudent, and a gamble worth taking.’

A key outlier here is Britain, which never produced its own codified written constitution. But there was still an upsurge of interest in such documents in the 18th century, with interest in Magna Carta exploding in England from around the 1750s. It was put on public display in the newly created British Museum and was discussed in William Blackstone’s 1759 book, The Great Charter and Charter of the Forest. Colley argues that the relatively limited power of the British monarch made the creation of systematised political documents like those seen in Prussia or Russia unlikely. And there was no domestic revolution in 18th-century Britain to force the issue. Still, there was a fashion in Britain for constitutional history and theory during the 19th century.

The rest of The Gun, the Ship, and the Pen shows how the idea of a codified constitution continued to gain ground during the 19th century. It also documents the attempts outside of Europe and the Americas to adopt a constitution, including in Tunisia, Hawaii and on the Pitcairn Islands. The most significant of these attempts, however, was in Japan. Its 1889 constitution was the first to be implemented in East Asia, and confirmed, as Colley has it, ‘that this political device was becoming a worldwide phenomenon’.

The Gun, the Ship, and the Pen is a vital contribution to modern political history. Linda Colley acknowledges the radical intellectual role of the Enlightenment to constitution-making, the development of rights, and the growth of liberty. But what makes the book so valuable is that it shows how the demands of war prompted so many radicals and rulers to start putting Enlightenment ideas into practice.

The Gun, the Ship, and the Pen: Warfare, Constitutions and the Making of the Modern World, by Linda Colley, is published by Profile Books. (Order this book from Amazon(UK).)