George Floyd and the revenge of the elites

One year on: how a gruesome murder became a catalyst for a regressive new politics. 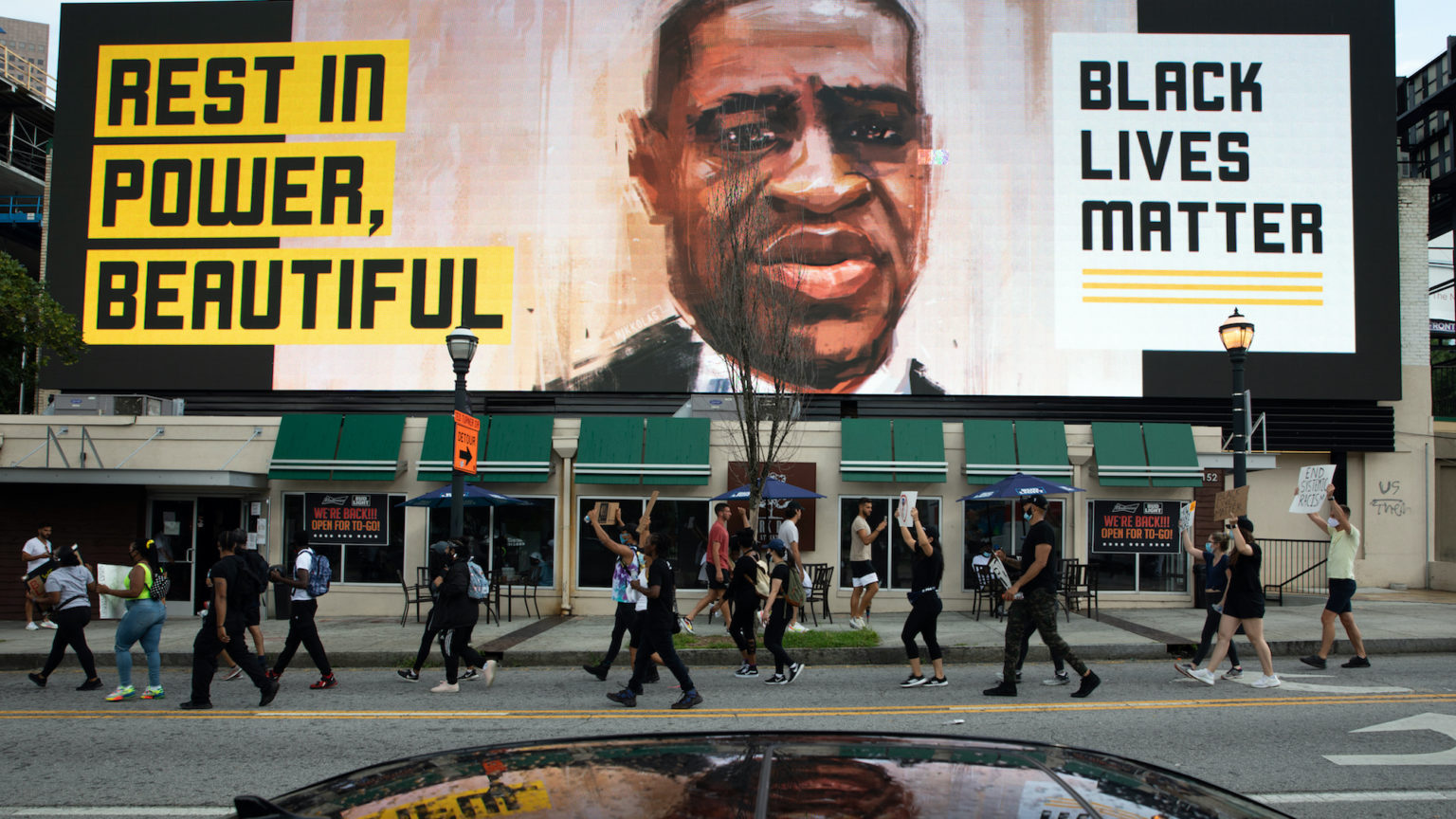 It’s one year since George Floyd was murdered. Since Derek Chauvin forced his knee on to Floyd as he gasped for air and cried for his mother. Since that image of a cavalier cop and a desperate black man was beamed around the world, horrifying everyone who saw it. And it’s one year since the killing of Floyd started to morph into something else. Since it started to become a symbol, a weapon even, which was then marshalled to a broader cause. We might call it the revenge of the elites – the exploitation of Floyd’s death to reprimand populism and to further institutionalise the regressive, controlling politics of identity.

As we mark the anniversary of this tragic event, we have to consider two things: the murder and the mania. The killing itself and what happened afterwards. For while these things seem to be linked – the riots and the corporate virtue-signalling and the institutional self-flagellation were all a response to Floyd’s death, right? – they are actually quite distinct. The murder of Floyd served as a catalyst for a political agenda and a moral narrative that had existed long before Floyd and Chauvin’s fateful encounter. Floyd’s death was a double tragedy in this sense. There was the tragedy of the thing itself, and there was the tragedy of the way it was recklessly used to unleash political forces that are still having a destructive impact in the US and elsewhere one year on.

The killing of Floyd was in many ways a perfect storm. First, there was the image: the long, clear video of a black man being killed and the infamous still of Chauvin almost seeming to smile as he pressed down on his victim. It was inevitable that such footage would set social media alight and make headlines around the world. Then there was the matter of when this image, when this crime, emerged: during a near-global lockdown in response to a strange new virus. Fear was heightened, emotions were pent up, people felt caged. The image of Floyd / Chauvin crashed into this atmosphere of Covid apocalypse and the results were explosive. The ripples are still being felt today.

America was gripped by its worst rioting in 50 years. Businesses, many of them black-owned, were destroyed in frenzies of curious anger. Cities suffered billions of dollars worth of damage. The instability lasted for weeks. And it went global. There were Floyd-related protests – and mass run-ins with the cops – in London and other European cities. Before long, statues were being torn down, from Washington, DC to Bristol in England to Brussels in Belgium, supposedly racist TV shows were being cancelled, people were being sacked for being insufficiently devotional to Black Lives Matter, and sportsmen everywhere were ‘taking the knee’. In English football they still are.

How did understandable protests in response to an unjust killing acquire such an extraordinary and global momentum? The transformative element, the key, was the involvement of the elites. This is the most striking, and concerning, aspect of the past year of post-Floyd mania: the way the elites conferred legitimacy on the protests, even on the riots, helping to intensify and spread this strange and violent instability. It was extraordinary, and unprecedented in modern times. Vast swathes of the political class, the establishment media, the academy, social-media oligarchies and influencers throughout the West essentially gave a green light to an explosion of destructive rage and identitarian regression.

We saw this in the way that many American politicians refused to condemn the rioters. In the way that establishment media outlets made excuses for looting, depicting it as a necessary expression of anger. In the way corporate giants – from Apple to Nike to Instagram – lined up behind Black Lives Matter. In the way that even the world of finance – step forward, JPMorgan CEO Jamie Dimon – gave its knee-bending approval to the post-Floyd fury. And in the way that leading British politicians took the knee to BLM, and by extension to its divisive and pro-rioting ideologies. Consider this bizarre political and historical anomaly – the leader of the British Labour Party bowed down to a movement whose warped worldview was at that very moment stirring up the worst rioting America has experienced in decades. Nothing about this was normal.

The elite legitimation of the post-Floyd mania was significant for many reasons. It allowed the rioting to continue for longer than it might otherwise have done. It helped to globalise the destabilising dynamic. And it injected the violent fallout from the killing of Floyd with a certain political momentum, too. This is why the supposedly radical street uprisings in response to the killing of Floyd – as some romantic leftists depicted it – actually came to be infused very quickly with the concerns and ideologies of the new clerisy.

The tumbling of statues; the attempt to rewrite the past by erasing problematic individuals and cultural artefacts; the obsession with ‘white privilege’ and ‘black victimhood’; the cancellation of blasphemers against BLM; the obsession with correct-think and with punishing crimes like ‘cultural appropriation’ – all of these swirling post-Floyd activities have their origins not in the street culture of Minneapolis or Atlanta or Seattle, but in the rarefied climes of the academy, Silicon Valley, the think-tank world and the increasingly self-loathing cultural institutions of the West. However it started, the post-Floyd violence soon became the militant wing of the woke elites, a violent expression of the prescriptive, authoritarian ideologies of the new, anti-democratic Smart Set.

It wasn’t conscious. It wasn’t planned. But the fallout from Floyd came to be folded into the revenge of the elites against the populist moment and against the masses’ rude rejection of their technocratic politics of racial management and social control. Over the past year, we haven’t witnessed a people’s uprising. We’ve witnessed an elite-approved revolt against any remaining vestiges of populist sentiment or traditional progressive values.

But the elites will live to regret their legitimation and exploitation of this unpredictable moment in history. Fury is easy to unleash, far more difficult to rein in. Having green-lit a culture that looks with horror upon modern Western history, which demands that every institution self-flagellate for its presumed moral errors, and which threatens and cancels anyone who refuses to submit to the tyranny of right-think, the new establishment might soon find that such violent censure can go in directions that it cannot control. Consider the assaults on Jews dining outside in Los Angeles or New York or the way in which BLM and pro-Palestine youths have brought schools to a halt in the UK. These are the grim wages of the militarisation of identity politics that has occurred since the killing of George Floyd.

It turns out that demonising Western history, undermining cultural authority and inflaming identitarian tensions is a recipe for social conflict and violence. Who could have guessed?