The media must stop demonising Israel

Hamas is a murderous, anti-Semitic organisation. But broadcasters barely ever mention this. 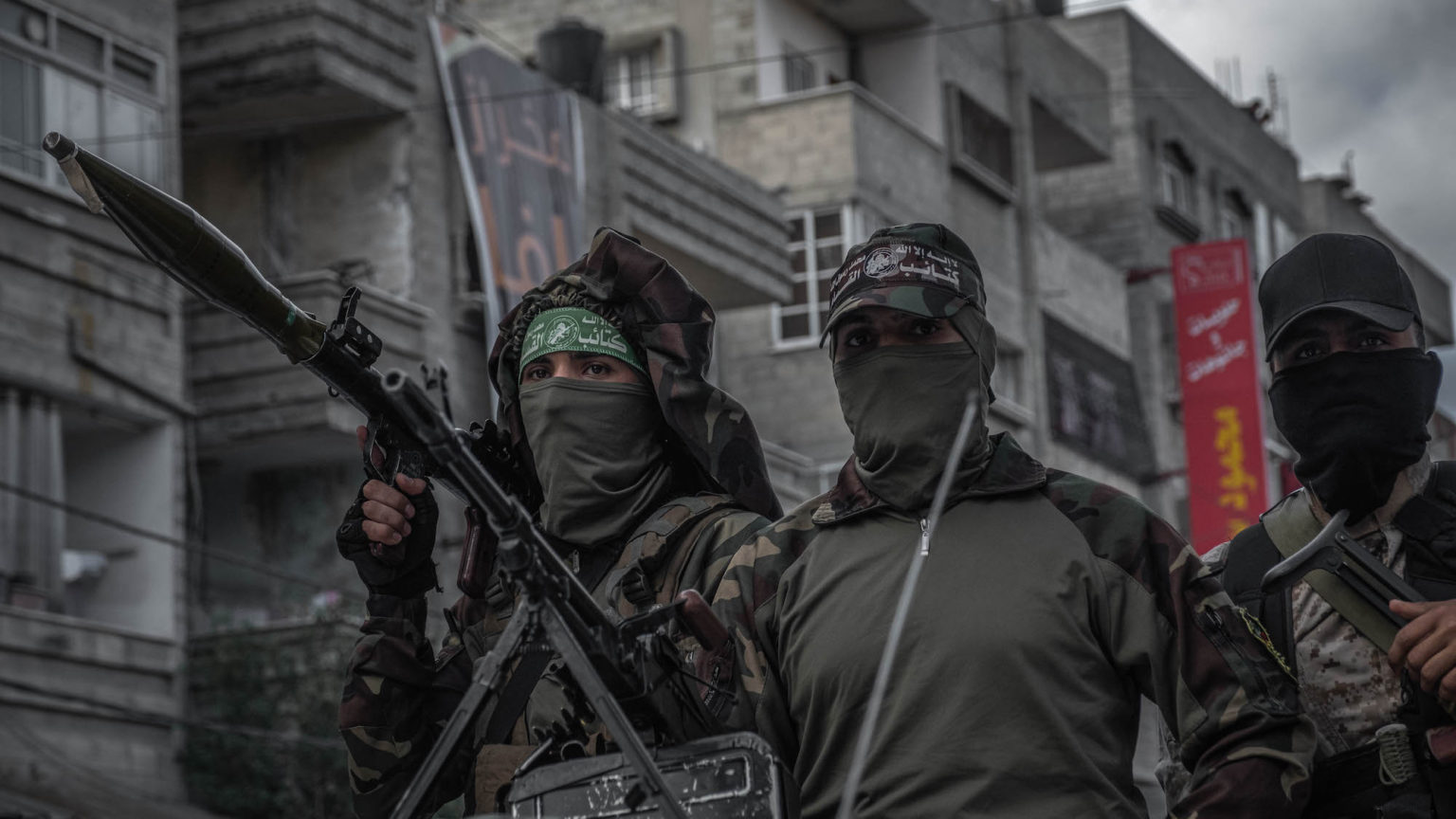 On the BBC News at Six on Friday, Jeremy Bowen spoke to a Gazan man who, he said, is proudly ready to give not only his life for Jerusalem, but also those of his wife and child. We were left to wonder how on board with that his wife is. Certainly Bowen didn’t seem surprised by such an outrageous statement, or seem to want to question the sense and rationality of it. His report showed many hundreds of young Gazan men, parading along the streets and rubble, proudly claiming they have achieved victory over Israel – despite the considerable ruins of many buildings – and saying they will never give up until Jerusalem is theirs.

I switched over to Channel 4 News at 7pm and Matt Frei was also in Gaza. Presenter Fatima Manji told viewers that the ceasefire had been secured, despite ‘Israeli police firing teargas and stun grenades at demonstrators holding Palestinian flags at the Al-Aqsa Mosque in Jerusalem’. To be fair, at least Bowen, who also reported this skirmish, mentioned that it was in response to the demonstrators throwing a petrol bomb at police. Matt Frei’s report was merely simplistic and childlike. This is the same Frei who, during an interview with a Palestinian woman on LBC recently, did not once question or challenge her claim that Israel was a colonial and apartheid state.

In his report from Gaza, Frei reminded us of how many Gazans have been killed in the most recent conflict compared with how few Israelis have been killed. ‘Of course the casualties on that side [Israel] were minimal compared with the casualties on this side – 250 dead, many of them women and children’, he said. The question we seem to be asked repeatedly in the media at the moment is: ‘How can Israel justify having so few casualties?’

Frei, like almost every reporter I see on the news at the moment, either brushes aside or says nothing about the avowed murderous intentions of Hamas and its supporters. That they want to kill Jews, to wipe all Jewish Israelis off the land of Israel, ‘from the river to the sea’, is barely ever mentioned on television. What we do see thrashed out time and again is the mismatch in military strength. Why is it, in effect, that so few Israelis die?

On social media the same comments are made over and over. Israel is behaving like the Nazis. Israel is an apartheid state. Israel (or the Jews) wants to grab all the land in the Middle East. Israel shouldn’t even exist. Delve a bit deeper and you’ll read about organ stealing and the drinking of the blood of Palestinian babies.

What scares me more than anything when I read this stuff is who is writing it. It’s people from my country, the UK, rabidly hating on the Israelis and the Jews in general, with no shame. But then again they are seeing exactly the same news programmes as I am, and reading the same comments on social media as I am, in which one perspective is presented unchallenged.

We know that every time there is an escalation in hostilities between Israel and the Palestinians, anti-Semitic attacks increase in the UK. But this time, for some reason, feels a lot worse. The anti-Semitism I’m seeing feels even uglier, more threatening, menacing and intimidating than before. A young rabbi has been beaten up in Chigwell. Convoys of cars have been filmed driving around Jewish areas in north London, spouting rape and death threats to Jews. On Friday, a Jewish man was attacked outside Kosher Kingdom in Golders Green. My 87-year-old father, a Jew from Yemen, didn’t go to his synagogue last week because my mother was so afraid he might be attacked.

None of this should be surprising, though – not when the coverage of the Israel and Palestine conflict is so relentlessly skewed and committed to the dogma that Israel is an apartheid state and a brutal aggressor. Of course it is horrendous to see children killed – from whichever ‘side’. War is ugly, heinous and horrific. Civilian casualties and destroyed buildings aren’t what any normal human being wants to see. Reporters need to stop ignoring the even uglier truth, however: that if Hamas had the opportunity, it would wipe out every Jew on Earth.

There is no equivalence between Israel and Hamas. There’s a disparity in casualties, a mismatch in military might, and an altogether different approach to the value of civilian life and protecting it. And there’s also a disparity in how each side of this conflict is reported on in the Western media. Reporters should put their house in order.