Why won’t Israelis let themselves be killed?

The global woke loathing for Israel is taking an even darker turn. 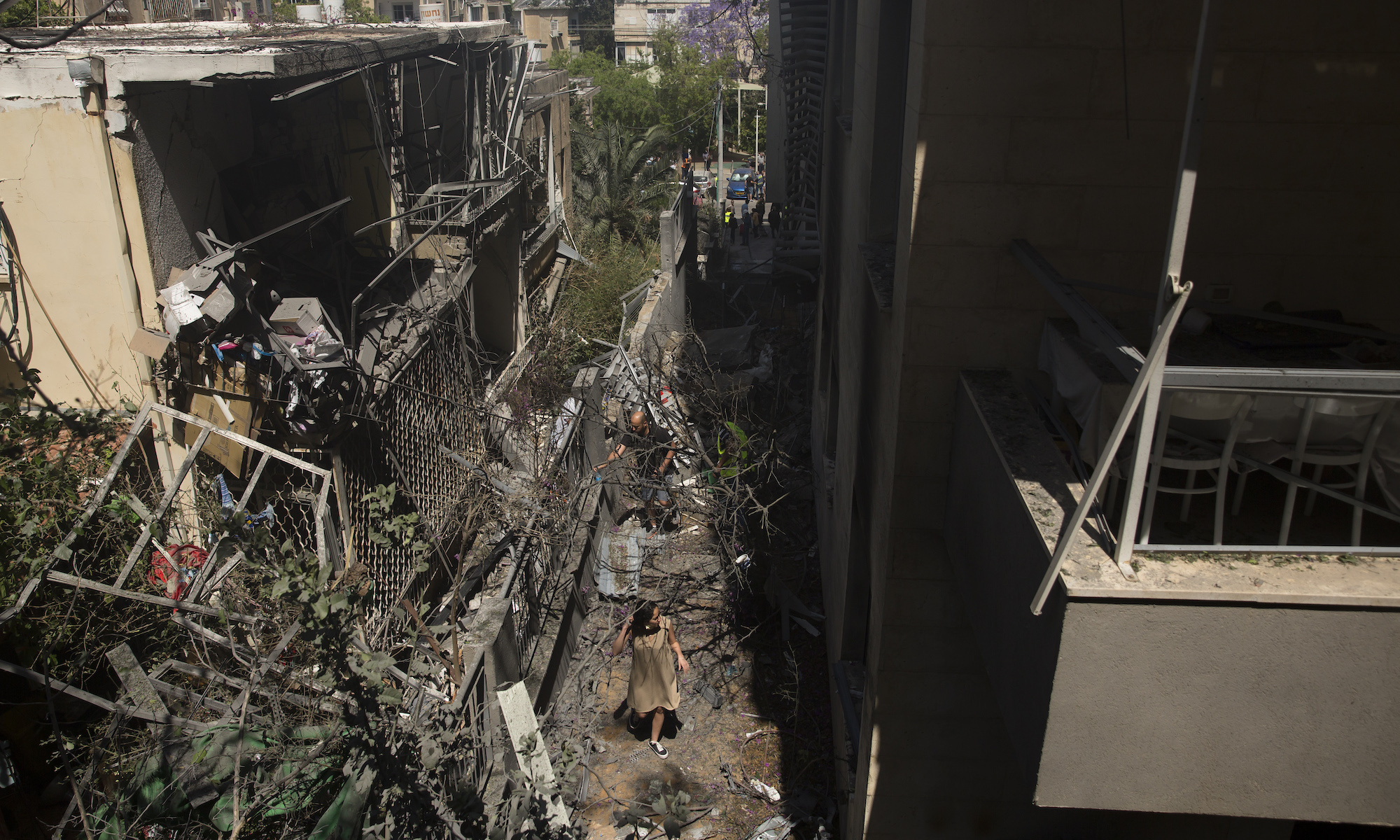 Two weeks ago Turkish forces launched a military assault in the Duhok region of Iraqi Kurdistan. Villagers were forced to ‘flee in terror’ from raining bombs. It was only the latest bombardment of the beleaguered Kurds by Turkey, NATO member and Western ally. It did not trend online. There were no noisy protests in London or New York. The Turks weren’t talked about in woke circles as crazed, bloodthirsty killers. Tweeters didn’t dream out loud about Turks burning in hell. The Onion didn’t do any close-to-the-bone satire about how Turkish soldiers just love killing children. No, the Duhok attack passed pretty much without comment.

But when Israel engages in military action, that’s a different story. Always. Every time. Anti-Israel fury in the West has intensified to an extraordinary degree following an escalation of violence in the Middle East in recent days. Protests were instant and inflammatory. Israeli flags were burned on the streets of London. Social media was awash with condemnation. ‘IDF Soldier Recounts Harrowing, Heroic War Story Of Killing 8-Month-Old Child’, tweeted The Onion, to tens of thousands of likes. Israel must be boycotted, isolated, cast out of the international community, leftists cried. Western politicians, including Keir Starmer, rushed to pass judgement. ‘What’s the difference?’, said a placard at a march in Washington, DC showing the Israeli flag next to the Nazi flag. The Jews are the Nazis now, you see. Ironic, isn’t it?

This is the question anti-Israel campaigners have never been able to answer: why do they treat Israel so differently to every other nation on Earth? Why is it child-killing bloodlust when Israel takes military action but not when Turkey or India do? Why must we rush to the streets to set light to the Israel flag but never the Saudi flag, despite Saudi Arabia’s unconscionable war on Yemen? Why is it only ‘wrong’ or at worst ‘horrific’ when Britain or America drop bombs in the Middle East but Nazism when Israel fires missiles into Gaza? Why do you merely oppose the military action of some states but you hate Israel, viscerally, publicly, loudly?

The judgement and treatment of Israel by a double standard is one of the most disturbing facets of global politics in the 21st century. That double standard has been glaringly evident over the past few days. Israel is now the only country on Earth that is expected to allow itself to be attacked. To sit back and do nothing as its citizens are pelted with rocks or rockets. How else do we explain so many people’s unwillingness to place the current events in any kind of context, including the context of an avowedly anti-Semitic Islamist movement – Hamas – firing hundreds of missiles into civilian areas in Israel? In this context, to rage solely against Israel, to curse its people and burn its flag because it has sent missiles to destroy Hamas’s firing positions in Gaza, is essentially to say: ‘Why won’t Israelis let themselves be killed?’

No other nation would be expected not to respond either to internal disarray – Hamas supporters have rioted in parts of Jerusalem and around Al-Aqsa Mosque – or to foreign attack. Imagine if the Isle of Wight was home to a movement whose founding constitution expressed loathing for all ethnic Britons and which regularly fired hundreds of missiles into Sussex, Kent, Hampshire. Wouldn’t the British military respond? Of course it would. But the woke demonisation of Israel is now so acute that Israel is expected to take the military assaults of the radical Islamists to its south. To Western activists who find the very existence of Israel abhorrent, any effort Israel makes to protect its borders or its citizens is an affront to global peace and decency. They cannot understand why Israel doesn’t hate itself as much as they hate it, and therefore will not allow itself to be punished by its righteous enemies. How dare you live?

In relation to Israel-Palestine, local context is always crushed by the narrative and prejudice of Western observers. So the current violence is seen as stemming from Israel’s ‘ethnic cleansing’ of the Arab neighbourhood of Sheikh Jarrah in East Jerusalem. ‘The latest Israel-Palestine crisis [is about] ethnic cleansing’, said MSNBC. First, the events in Sheikh Jarrah, while undoubtedly distressing and unpleasant, are more complex than many observers will allow. Secondly, and more importantly, the depiction of the current tensions as a battle between an expansive Israel and a beleaguered Palestinian community overlooks the intra-Palestinian conflict that is playing out right now.

Much of the current instability actually stems from Mahmoud Abbas’s announcement two weeks ago that he was cancelling elections in the West Bank. Abbas is the leader of Fatah and the Palestinian president. He has been president since 2005. It was meant to be a four-year term, but it has lasted 16 years. Democracy has disappeared in the Palestinian Territories. As one report points out, no Palestinian under the age of 34 has ever taken part in national elections. Abbas said his most recent cancellation of elections was down to the disagreements over East Jerusalem, but many suspect his real concern is that Hamas would beat Fatah and would come to dominate both Gaza and the West Bank. Hamas’s recent actions have primarily been a response to Abbas and an attempt to position Hamas as the true representative of Palestinians against Israel.

And in this, Hamas has been fully and foolishly assisted by the anti-Israel obsessives of the West. Westerners’ hyper-moralisation of the current tensions, their depiction of the conflict as a black-and-white story of Evil Israel vs the plucky defenders of the Arabs of East Jerusalem, has enormously benefitted Hamas in its intra-Palestinian conflict of legitimacy with Fatah. The naive anti-Israel lobby is witlessly helping to elevate a radical Islamist organisation as the leader of all Palestinians. Indeed, some anti-Israel activists are even rallying behind the repugnant Hamas slogan ‘From the river to the sea, Palestine will be free’, which is essentially a call to wipe Israel off the map. This represents a vile consummation of the unholy marriage between the Western left and radical Islam.

Here’s the irony of anti-Israel commentary and activism in the 21st century: it has the form of anti-imperialism but the substance of imperialism. Witness how campaigners brand Israel a ‘rogue state’, borrowing from the language of modern Western imperialism. Observe how they call on the Western powers to isolate and chastise Israel and to enforce sanctions against it. Or see how, in its more extreme form, anti-Israel activism promotes a racial caricature of Israelis as bloodthirsty, as uniquely dangerous, as a very particular threat to world peace. Anti-Israel sentiment adopts the postures of 20th-century national liberation while in fact pushing an agenda of Western chauvinism that views Israel as a distinctly problematic state in need of our virtuous punishment.

There is nothing positive in contemporary Israel-bashing. In its naivety, it assists the rise of Hamas. In its arrogance it empowers the West to determine the fate of the Middle East. All of this stores up more conflict and hatred for the future.