The SNP cares nothing for democracy

It is fuelled by anti-Brexit, anti-masses prejudice. 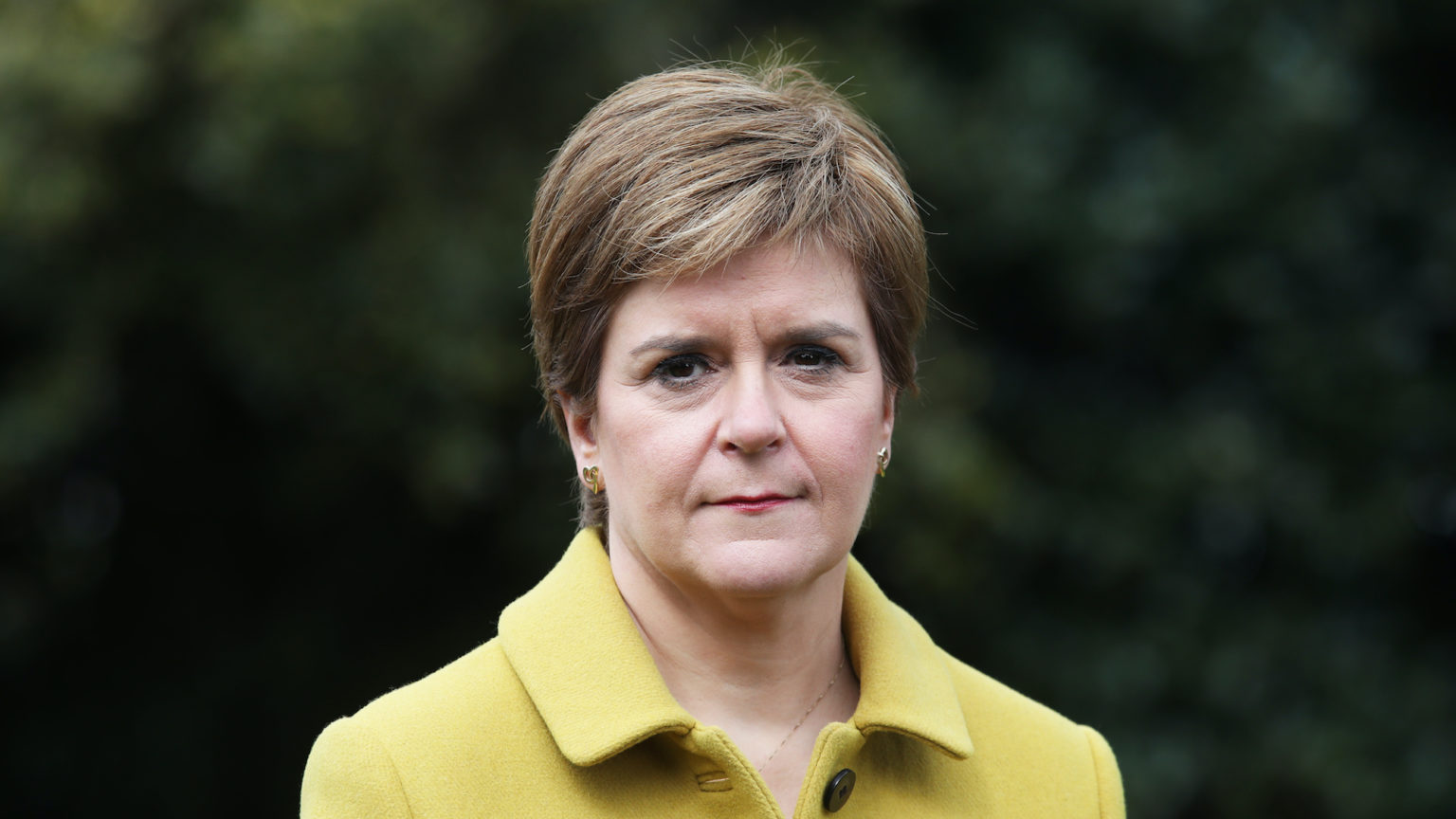 The Scottish National Party surprised no one by winning last week’s Scottish parliament elections. It now holds 64 out of the 129 seats at Holyrood, one shy of an outright majority.

Predictably, SNP leader Nicola Sturgeon claimed that her party’s victory, based as it was on the campaign pledge to hold a second independence referendum, provided a mandate for just that. It doesn’t matter that the SNP failed to regain the parliamentary majority it won in 2012. As SNP supporters have constantly pointed out, add the pro-independence Green Party’s eight seats to the SNP’s 64, and you have a pro-independence, pro-referendum majority in Holyrood. It prompted Sturgeon to characterise a referendum on Scottish independence as ‘the will of the Scottish people’.

The UK government disagrees, and has continued to reject Sturgeon’s call for a new vote on Scotland’s future. Senior Conservative minister Michael Gove even claimed that, in terms of the total number of constituency votes, pro-Union parties won a greater share of the vote than anti-Union parties. Perhaps that is the will of the Scottish people.

While unionists and nationalists indulge in a bout of inconclusive psephology, one thing does seem certain: there won’t be an independence referendum anytime soon. This is not only the position of the UK government, which dismissed talk of holding a referendum as ‘reckless’. It is also the implicit position of Sturgeon and the SNP. Deputy first minister John Swinney said as much on Saturday, stating there would only be a referendum ‘once we have got the current context of Covid under control’. Given the SNP’s enthusiastic embrace of lockdown and, at one point, a daft Zero Covid policy, that could be a long time.

This is not a surprise. For all its belligerent talk, in practice the SNP is politically tentative, perhaps even reluctant to take the independence leap. This was palpable when the SNP did its level best to try to thwart Brexit, despite Brexit being the SNP’s best shot at justifying another vote on independence. And it is palpable, too, in the SNP’s reticence today, in the name of recovering from Covid, to go full steam ahead with a referendum, despite a pro-independence majority at its back.

This is not simply tactical, as some suggest – although no doubt the SNP is fearful of ‘doing a Quebec’, and blowing the chances of an independent Scotland for good with an ill-timed and unsuccessful referendum. No, the SNP’s caution speaks to something deeper — the increasingly empty, parasitical nature of its political project. That is, it has long depended for its appeal and dynamism not on what it does in power, but on opposing the UK body politic to which it clings, in endless, nasty antagonism. Take away the hated Tories and the hateful people who vote for them, and what exactly does the SNP, and the Scotland it wants to build in its name, stand for?

Sturgeon would say, as she did this weekend, that her party represents a ‘progressive, inclusive, outward-looking vision for the future of our nation’ — one drawing, no doubt, on ‘compassion, equality and love’, as the SNP’s Woodstock-inspired manifesto had it.

But these are at best platitudes and at worst inanities. They are not political ideas. What force they have derives from that to which they are always counterposed by Sturgeon and the SNP: by implication, the supposedly inward-looking, compassionless, loveless political culture of Brexit Britain. One pushed, as she put it over the weekend, by the ‘right-wing Brexit-obsessed Tory governments that we don’t vote for, taking us in a direction we haven’t chosen’.

‘Right-wing, Brexit-obsessed Tory government.’ Sturgeon sounds like a Guardian op-ed. Another member of Britain’s Remainer establishment. But then in many ways that is what the SNP now is – Remainerism given party-political form. All the clichéd attack lines are there. She and her party have repeatedly claimed that Brexit has revived racism, licensed xenophobia, and fuelled the far right. Sturgeon has said effectively that Brexit, and the Tory government that enacted it, is the product of a racist, xenophobic, right-wing public.

So, in her loathing for Brexit, her demonisation of Brexit voters, and her disdain for those voting for the Brexit-backing Conservatives, the SNP leader barely differs from much of the UK’s EU-supporting political and media class. But here’s the difference. What has proven to be a suicidal electoral strategy for Labour has proven remarkably successful for Sturgeon and the SNP. Because while Sturgeon and pals loathe and despise the racist, bigoted demos with just as much zeal as a Labour MP, they can then project that loathing down South. They can conjure up the electorate as the same racist, borderline fascist mob with as much artistic license as your bog-standard Guardian hack, but they can then present it as a distinctly English phenomenon. They can indulge in nation-hating with as many accusations of structural racism as your average BLM supporter, but they can attribute it to them in England.

This is what the SNP represents, and what its vision of Scotland amounts to: an assault on the majoritarian democracy of the UK masquerading as some vague vision of Scotland’s supposedly unique, morally superior political culture. That is why it presented its vision of independence in its own manifesto as an ‘escape from Brexit’. Because that is what independence has come to mean for the SNP and those who share its elitist prejudices – a means to flee democracy. A way to rid oneself from the sinful taint of the thick, bigoted masses. A refuge from the will of the people.

But while this parasitical project has won the SNP elections, it has turned independence into a problem. Freed of the majoritarian democracy of the UK, the SNP loses its meaning and role as the voice of anti-democratic prejudice. Hence it almost needs to continue its current tic-like existence, feasting on the elitist sentiments that continue to course through the UK body politic.

No wonder it is willing to kick that independence referendum into the long-grass of the post-Covid world.