Arlene Foster, Northern Ireland and a politics of permanent crisis

The post-Good Friday Agreement system cannot hold for much longer. 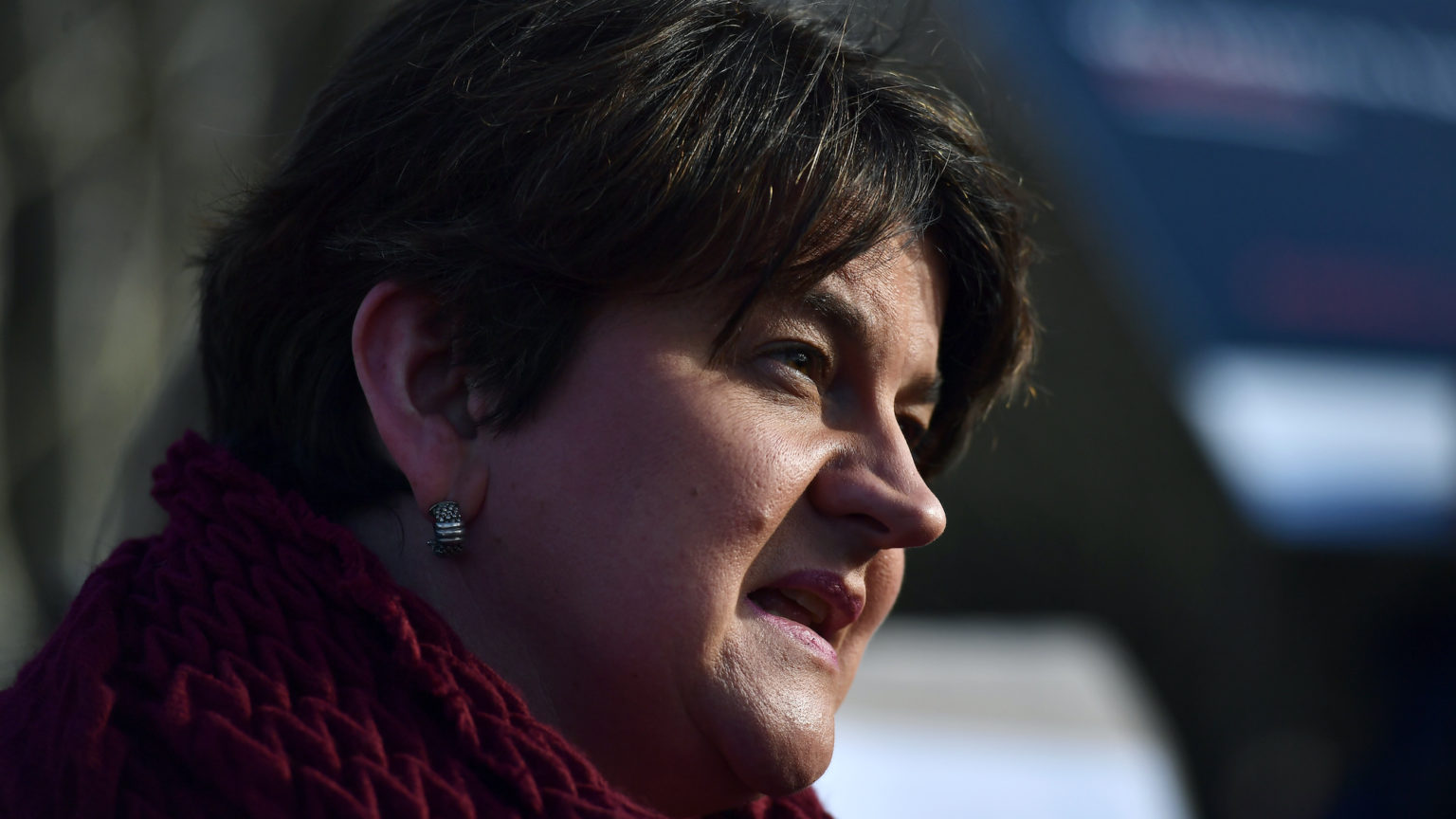 Northern Ireland’s political hamster wheel once again turned full circle this week, as Democratic Unionist Party leader Arlene Foster announced her resignation as first minister. Foster had been in the role since autumn 2015, when she was made acting first minister in the midst of the political crisis that had forced the resignation of her predecessor, Peter Robinson, and taken the power-sharing administration to the verge of collapse.

Although triggered by two high-profile IRA killings, the 2015 crisis was largely fuelled by earlier crises arising from the stand-off between the two parties over the issue of implementing welfare cuts. Following lengthy talks brokered by the Northern Ireland Office and Ireland’s Department of Foreign Affairs, and soothed by the promise of a £500million transfer from the UK Treasury, first minister Arlene Foster and deputy first minister Martin McGuiness agreed to make a fresh start.

The ink was barely dry on that agreement when Foster was embroiled in a new crisis. Ostensibly triggered by a botched ‘green energy’ initiative, the ‘cash for ash scandal’ provoked the mother of all crises that brought a decade of joint rule between Unionist and nationalist parties to an end. After three years without a functioning government, power-sharing was restored in January 2020.

However, as I argued on spiked at the time, beneath the carefully worded performances of reconciliation and getting back to business, the manner of the DUP’s and Sinn Féin’s capitulation to Britain and Ireland’s lacklustre take-it-or-leave-it deal, ‘New Decade, New Approach’, suggested that the old political forces of Unionism and nationalism were running out of steam.

This week’s resignation might be read as simply the latest in a long line of political crises which are now entrenched as a permanent feature of Northern Ireland power-sharing. The instability arises from the contradictions of the Good Friday Agreement, which recognises nationalists’ right to self-determination in an independent Ireland but only on the basis that Unionists retain the right of veto. Dressed up in ambiguous language to make it palatable to both sides, the agreement copperfastens the existing reality of Partition, while destabilising the Union with Britain and deferring the promise of Irish reunification into the indefinite future.

As partners in a mandatory coalition, Unionists and nationalists have consented to relegate their old political goals of Ulster Unionism and Irish reunification in favour of the joint project of managing a form of zombie government. The rhetoric of reconciliation and responsible government gives it all moral coherence and a sense of political purpose. However, in relinquishing their distinctive political goals, politicians on both sides inevitably stand accused of betrayal and abandonment of their traditional constituencies.

This is the destructive dynamic in which Arlene Foster twisted and turned, forced to project a conciliatory and business-like persona as a responsible coalition partner while playing to the Unionist gallery by mouthing its most reactionary values. It should be no surprise that Foster’s resignation was precipitated by her principled decision to abstain on a motion to ban gay-conversion therapy, seized upon by her enemies as a betrayal of traditional Unionist values.

This latest crisis will undoubtedly follow a familiar choreography, with calls for London and Dublin to roll up their sleeves and get the two sides back together. However, all future crisis talks will take place in an altered economic and political reality. Britain’s decision to leave the EU placed the question of Partition and the legitimacy of British rule in Ireland back on the political agenda. It also opened the door to a radical rethinking of the relationship between the citizens of Britain, Ireland and Northern Ireland. The nature of the Withdrawal Agreement has not only strained those relationships, but called the integrity of the United Kingdom of Britain and Northern Ireland into question.

The decisive moment occurred in October 2019, when prime minister Boris Johnson and Irish Taoiseach Leo Vardakar broke the impasse on the Irish backstop by drawing the EU’s new customs border around the island of Ireland. Having been pivotal to the Brexit negotiations during May’s minority government, the DUP had fallen into the old trap of believing that Unionism held the whip hand over British policy in Northern Ireland. Rather than confront the reality of its own historical position as dependants on and instruments of British rule – now surplus to requirements – the DUP is attempting to pin the blame on Arlene Foster for failing to take a tough stand in defence of the precious Union.

Apart from creating logistical problems for trade within the UK’s internal market, the Northern Ireland Protocol represents a barrier to the exercise of democratic control over economic decision-making in NI, affecting the people of Northern Ireland, England, Scotland and Wales who share public goods and services within a common political and regulatory framework. However, the Protocol is entirely in keeping with the semi-detached nature of Britain’s historic relationship to Northern Ireland. Drawing a border through the Irish Sea simply gives concrete shape to Britain’s long-standing strategy of maintaining internal stability and keeping the regional conflict at arms’ length.

The most compelling argument for Brexit turned on the democratic principle that decisions about the UK should be taken in the UK. In other words, the democratic principle that citizens be fully empowered to exercise control over political decision-making and to hold elected politicians to account. For radical democrats, political power is not simply the power to change governments, but the power to change the way we are governed. This raises the possibility of making a choice between asserting the integrity of the UK or calling for Britain to signal its intention to make an orderly departure from Northern Ireland and lend support for reunification. Whatever that future may hold, it is clear that a return to the past offers nothing but continuing political impasse and deepening communal polarisation.