The Mars helicopter: a revolution in space exploration

Ingenuity is the first, humble step to opening up new worlds. 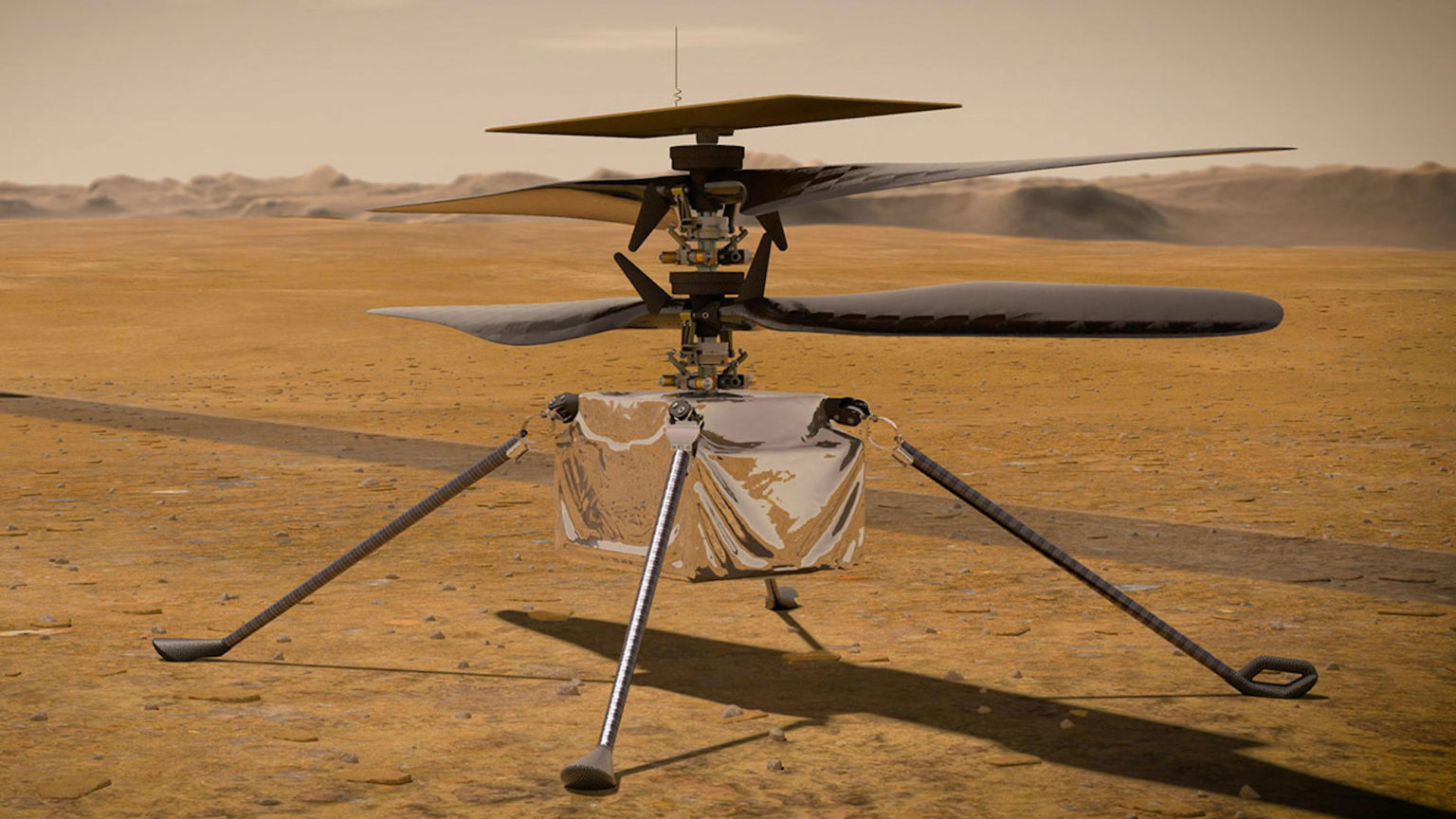 Space exploration has been propelled into a whole new dimension with the first powered flight on another planet.

Earlier this week, the NASA Ingenuity helicopter – part of the Mars Perseverance mission – took its first humble flight. It hovered for 30 seconds above the surface of Mars, briefly turned once, then landed vertically. This one small step, by a tiny probe weighing less than a couple of bags of sugar, marks another giant leap for mankind.

It is astonishing to think this feat comes little more than a century after the first ever powered human flight. Indeed, Ingenuity’s project manager, MiMi Aung, celebrated ‘our Wright brothers’ moment on Mars’. She pointedly ripped up her failure contingency speech to whoops of triumph and applause.

The scale of the achievement by Aung’s team is mind-blowing. According to chief engineer Bob Balaram, the mission is the equivalent of trying to fly a conventional chopper at 100,000 feet on Earth – two-and-a-half times the current helicopter height record.

Mars has an atmospheric density about one per cent that of Earth. This means that in order to achieve lift, the helicopter has to push more air out of the way and do so more rapidly than it would on Earth. Ingenuity’s dual-rotor blades must therefore spin at five times the speed of an Earth-based, unmanned drone copter, even though it weighs an incredible 80 times less. Yet the propellers can’t spin too fast, otherwise they risk breaking the speed of sound on Mars. No one yet knows what effect the supersonic vibrations that this would create might have on the precision equipment.

Mars’ gravity is around 40 per cent that of Earth’s, so gaining height on the Red Planet is easier than it is here. But this brings its own challenges. Ingenuity couldn’t be test-flown properly in Earth’s stronger gravity during its construction. The team at NASA’s Jet Propulsion Laboratory had to fabricate special low-gravity chambers and a wall of 900 fans to replicate Martian conditions.

Controlling the drone’s aerodynamics during flight is also supremely difficult. Mars’ thin atmosphere means the craft can’t be flown conventionally, by a human pilot with a joystick, as the slightest excess movement could flip it over. And it is currently 180million miles away from mission control, meaning it takes 20 minutes for signals from Earth to reach it.

Ingenuity therefore uses a revolutionary form of autonomous guidance, whereby it takes images of the upcoming terrain and micro-adjusts its rotor controls accordingly. Given that it flies at 11 metres per second, a little faster than Usain Bolt’s record speed, the images and adjustments must all take place faster than the blink of an eye.

In due course, the mission intends to fly the probe to a height of five metres, moving laterally two metres out, and then back to its take-off point in Jezero Crater. If this is successful, Ingenuity could fly as far as 300 metres forward, though the maximum flying time will only be 90 seconds.

These relatively modest-sounding steps open up the possibility of future deployment of more sophisticated aircraft on other worlds. These could be used for investigating areas intractable to landers, such as deep craters or polar caps, or recovering special types of rock and soil samples. Such drones would spread our information-gathering net over a much wider area.

Comparing space exploration pre- and post-Ingenuity is analogous to comparisons between photography before and after the invention of the digital camera. Modern images produced on the latest smartphones are so crisp, pin-sharp and bursting with colour because of the large number of pixels of data the image can be divided into. Conventional space landers have thus far only been able to sample data from tiny areas of a planetary body – the equivalent of an image with a few pixels. The resulting knowledge is fuzzy and limited. Several drones bringing information from a much wider area would bring extraterrestrial knowledge into higher definition.

High-resolution observation brings better knowledge and greater wisdom. Soon we will all be able to watch clear aerial footage from the Red Planet of the kind we are used to seeing in documentaries about the Grand Canyon. Mars will come closer to all of us. With this new development, we are on the verge of gaining a fresh sense of our place in the universe – similar to the shift in attitudes that took place when we first viewed images of the Earth from space. Imagine the exhilaration of witnessing the sublime grandeur of space in all its glory, accompanied by the realisation that the human eye and mind are capable of grasping such things.

In 1899, only a few years before the Wright brothers’ flight, Theodore Roosevelt gave his ‘Strenuous Life’ speech. In it, he described the ‘life of ignoble ease’ that results from giving up on striving after great things. He said, ‘Far better it is to dare mighty things, to win glorious triumphs, even though chequered by failure, than to take rank with those poor spirits who neither enjoy much nor suffer much, because they live in the grey twilight that knows not victory nor defeat’.

As the Ingenuity copter touched down after its inaugural flight, the JPL staff celebrated their breathtaking achievement underneath the words of the Perseverance motto, inscribed in large letters on the wall of their Entry, Descent and Landing War Room: ‘Dare mighty things.’ In these uncertain, risk-averse times, what better words than these to guide us as we step boldly into the future.