No, it is not elitist to correct students’ spelling

Some universities now claim it is ‘white, male and elitist’ to expect students to have good English. 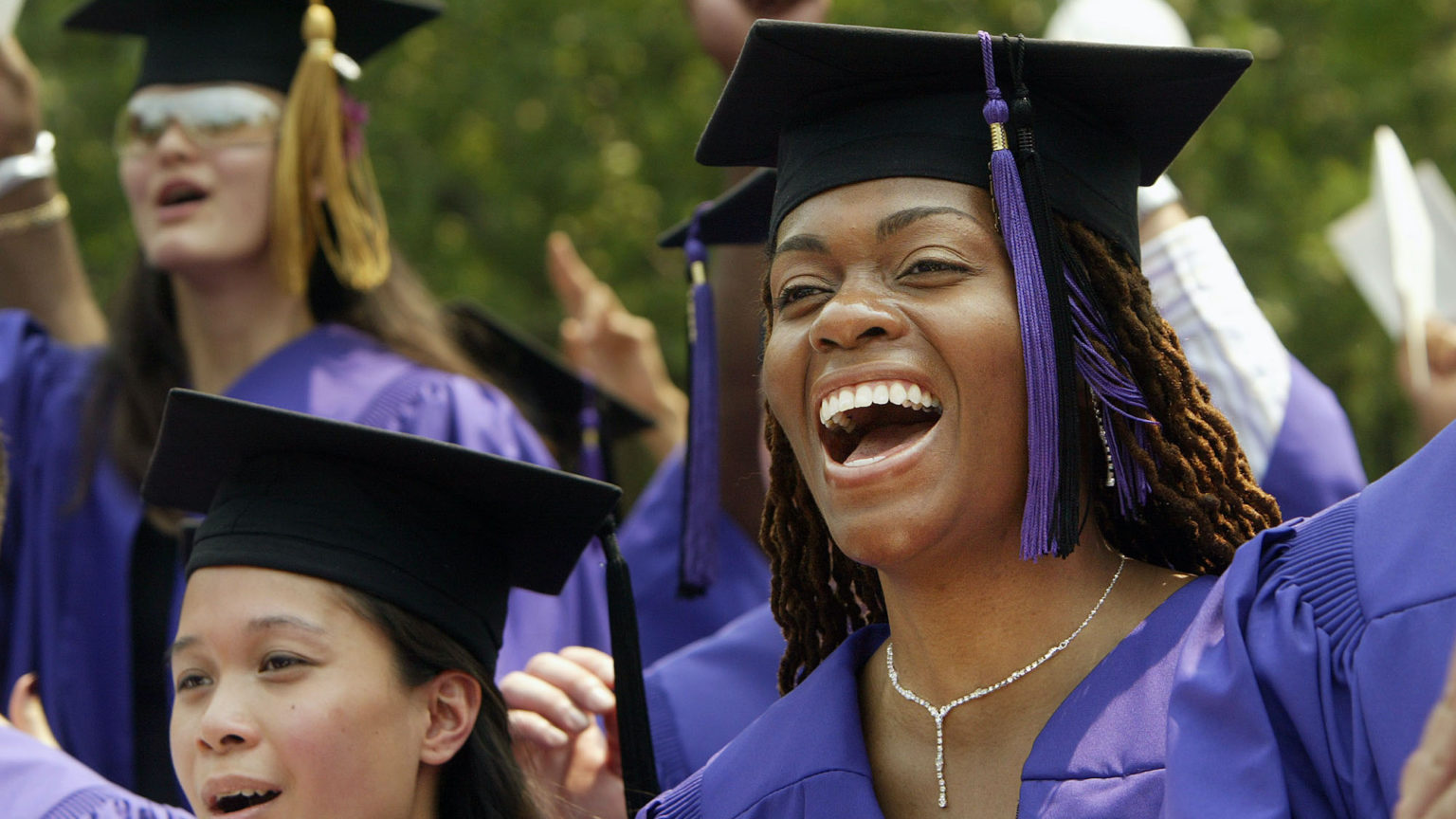 I wasn’t surprised when I read that some British universities are adopting the philistine policy of not marking students down for spelling and grammar errors. Nor was I surprised to learn that sections of British higher education have embraced the anti-intellectual practice of ‘inclusive assessment’. The aim of this is to narrow the attainment gap between white and black, Asian and ethnic-minority students.

Unfortunately, this strategy of ‘narrowing the attainment gap’ is not about levelling upwards with high-quality academic teaching. Rather, the advocates of ‘inclusive assessment’ are more interested in lowering the already low expectations that universities have of students from certain backgrounds.

One of the key tactics of the inclusive-assessment outlook is to brand genuine academic expectations and standards as ‘elitist’. This is why some university administrators are instructing academics not to lower students’ marks for spelling mistakes – because good English is increasingly seen as an elitist demand; as something associated with the ‘homogeneous, north European, white male elite’.

Paradoxically, these zealous promoters of inclusive education seem to be unaware of their own paternalistic and elitist assumptions. They really seem to believe that a competent grasp of the English language is beyond those who are not part of the north European white male elite. Hull University expresses this narrow-minded sensibility when it says it will ‘challenge the status quo’ by dropping the requirement for a high level of technical proficiency in written and spoken English in some subjects, on the grounds that this requirement is unreasonable.

Doing away with a common standard in higher education is celebrated by Hull on the basis that it will ‘encourage students to develop a more authentic academic voice, a voice that can communicate complex ideas with rigour and integrity – that celebrates, rather than obscures their particular background or characteristics’.

These are weasel words. They frame the lowering of standards as a valiant effort to help students develop a more ‘authentic’ voice. But abandoning rigour, precision and verbal clarity is very unlikely to promote any kind of authentic academic values. Instead it will promote the social-engineering objective of ‘inclusion’.

As I argued in my 2004 book, Where Have All The Intellectuals Gone?, the well-meaning policy of inclusion in higher education has turned into a con. I first raised this problem back in May 2001, when I wrote a piece for The Sunday Times in which I raised my concerns about the direction of higher education. One of my concerns was the fact that a student could spend an entire year at university without reading a whole book.

The day after that piece was published, I received an angry email from a senior university manager who accused me of ‘deliberately’ confusing the issue. I expected him to accuse me of fabricating my claim that students could go a whole year without reading a book, but that was not the focus of his ire. He did not dispute my claim at all. Rather, he was upset at my assumption that books should have a privileged status in higher education! ‘The tone of the article was to suggest that you can dismiss as undemanding any programme in which students do not read “whole books”’, he complained. It seemed that, in his view, the book had become an elitist optional extra for undergraduates.

Back then, the attempt to lower academic standards under the guise of promoting inclusion was still at an early stage. But even then, inclusion was viewed by many administrators and academic campaigners as an end in itself. Since their preoccupation was with inclusion, rather than with the quality of university education, they never asked the simple question: ‘Inclusion into what? Access to what?’ They dodged this question because, at some level, they knew they were bringing students into a regime of education that was inferior to the academic experience of the past.

In essence, the movement for ‘inclusive assessment’ – and it really has become a movement – has self-consciously adopted practices that erase the distinction between further education and higher education. And they’ve done this by constantly associating challenging academic practices with elitism.

Consider how the supposedly anti-elitist pedagogues condemn the essay. Apparently the essay is so elitist that you cannot possibly ask ordinary university students to write one. Some agitators for inclusion argue that the essay ‘disenfranchises’ many students, and in any case there are better ways for students to learn. The lecture has been attacked as elitist, too. Inclusion advocates prefer what they call ‘patchwork’ text assignment – small-scale writing tasks or even the production of posters. They have not yet advocated colouring books as an educational tool, but it is surely only a matter of time.

The outcome of the drive for inclusion is that standards are constantly reconfigured to ensure that students ‘succeed’. Such grade inflation and devaluation of standards only increase the appetite for further fiddling with assessment. Assessment itself becomes a tool of social engineering.

The adoption of inclusive assessment is the inexorable consequence of the institutionalisation of policies that have little to do with academic education. Though the advocates of these policies are well-meaning, they fail to realise how much they are infantilising young people. They flatter rather than challenge undergraduates. Consequently, many young people at university are not encouraged to leave their comfort zone. Instead of being a transformative experience, higher education becomes little more than a grown-up version of going to school.

Thankfully, many university departments and academics have not yet gone down the road of inclusive assessment. Many academics take the literacy of their students very seriously. It is still possible for students to receive a proper academic education. However, until the university ceases to serve as a laboratory for social engineering carried out under the title of ‘inclusion’, its future will remain in peril.