Another great leap for mankind

The Muon g-2 experiment reminds us that not even the laws of physics are beyond question. 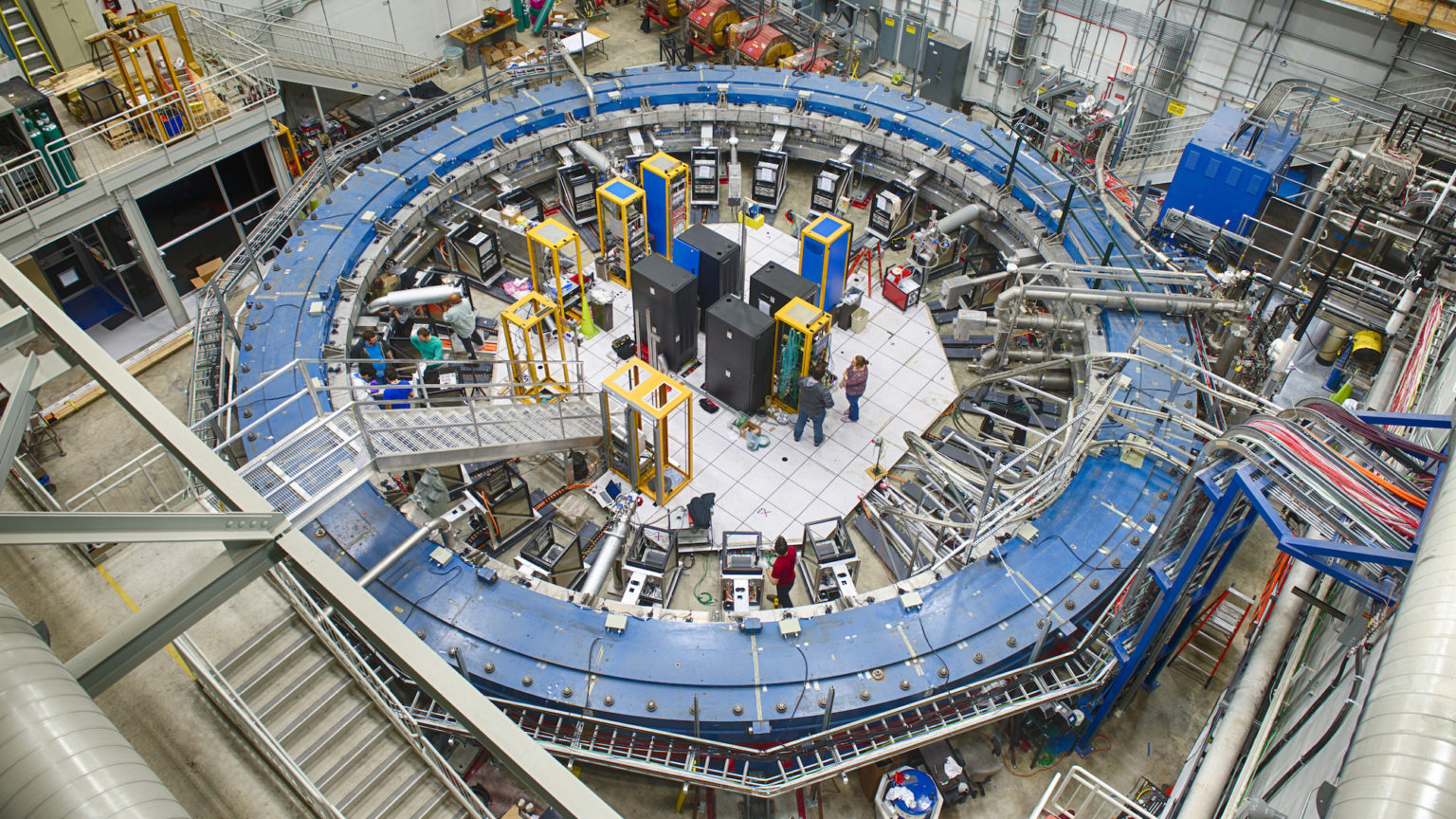 Humanity is on the verge of rolling back the clouds of mystery surrounding the universe, following the study of a subatomic particle’s stubborn refusal to behave as expected.

Researchers on the Muon g-2 experiment, at the United States Fermi National Accelerator Laboratory outside Chicago, have published results which significantly challenge the model of particle physics accepted for almost 70 years. The findings may also provide a solution to the problem of ‘dark matter’ or could even be the first evidence of a previously unknown force of nature.

The g-2 experiment analyses the behaviour of ‘muons’. These are one of only 17 kinds of elementary particle – the fundamental building blocks of the universe which are not made up of smaller entities. The elementary particles were the first fragments spat out by the Big Bang 13.8 billion years ago. It was the interactions between them which created literally everything else.

Muons belong to a sub-group of these basic units, called leptons. This is the family which also includes the familiar electron. In fact, muons are almost identical to electrons, only they are 207 times heavier. This is a key reason why we don’t find muons inside ordinary atoms. They are exotic, and so scrutinising them is particularly tricky.

Almost 100,000 muons will fly through you while you read this, raining down when cosmic rays from deep space slam into the Earth’s upper atmosphere. However, we don’t notice the muons at all because they are travelling close to the speed of light. Physicists have to search for them at the bottom of deep mines, such as in the EMMA experiment in Finland, where 80 metres of rock acts as a muon filter. The other way to study muons is to artificially produce them in particle colliders, such as the Fermilab.

Muons can be thought of as spinning magnets. Put them in a magnetic field and they will wobble. The best current particle theory, known as the Standard Model, predicts the rate of this ‘magnetic dipole moment’, to give the wobble its technical name.

Since 1959, different versions of the Muon g-2 experiment have been measuring the effect, and have consistently produced results that don’t agree with the Standard Model’s predictions. The suspicion among physicists is that something unknown may be interacting with the muons to produce these anomalies. The g-2 experiment, therefore, represents a serious challenge to one of the most coherent and sophisticated theories in physics.

Perhaps the shadowy interloper is dark matter. This is the 27 per cent of the universe’s material that gravity calculations tell us must be there, but can’t be observed because it doesn’t interact with light. Or maybe it is a hitherto undiscovered fundamental force of nature, complementing gravity, electromagnetism and the nuclear forces known as ‘strong’ and ‘weak’.

These are interpretations seriously being considered by the research community, but before they develop such tantalising ideas further, the possibility of error in the calculations must be reduced. Results thus far have had a one in 40,000 chance of arising through error. Now after four years of data gathering, and analysis by 170 research staff, the g-2 experiment has pushed the probability of error considerably closer to the statistically significant benchmark of one in 3.5million.

More years of detailed verification will be needed before we can definitively conclude whether physics needs to be rewritten. But for now, a result has emerged from the Muon g-2 experiment of importance even to those without an understanding of the arcane ways of high-energy physics. It can be summed up in three Latin words: Nullius in verba. This is the motto of the Royal Society, based on lines from the classical poet Horace. It means ‘take nobody’s word for it’ – swear allegiance to no authority but that of experiment. It has been the guiding principle of scientific endeavour since the 17th century.

The phrase encapsulates an aspiration not to be held captive to any prevailing ideology, but to live in a state of intellectual openness in which no idea or belief is too sacred to be exposed to rational enquiry and challenge. It neatly sums up the revolutionary spirit of the Enlightenment, when mankind dared to put faith in human reason and imagination to see a bigger, better picture – no matter what tradition or the status quo demanded.

That momentous step of daring to know, to take responsibility for our collective fate and not be bound by the forces of custom, seems in short supply during the age of Covid-19. With the exception of the incredible progress in vaccine technology, too many times throughout the lockdown, science has been used not as a force to liberate people, but as a tool of coercion and compliance.

How refreshing and inspiring, then, to witness a discovery that reminds us that progress is made by pushing against our limits and experimenting. Nothing, even the laws of physics, is written in stone and beyond question.

Picture by: Glukicov, published under a creative-commons licence.