Victory to the people of Myanmar

The anti-coup protesters in Myanmar are an inspiration to us all. 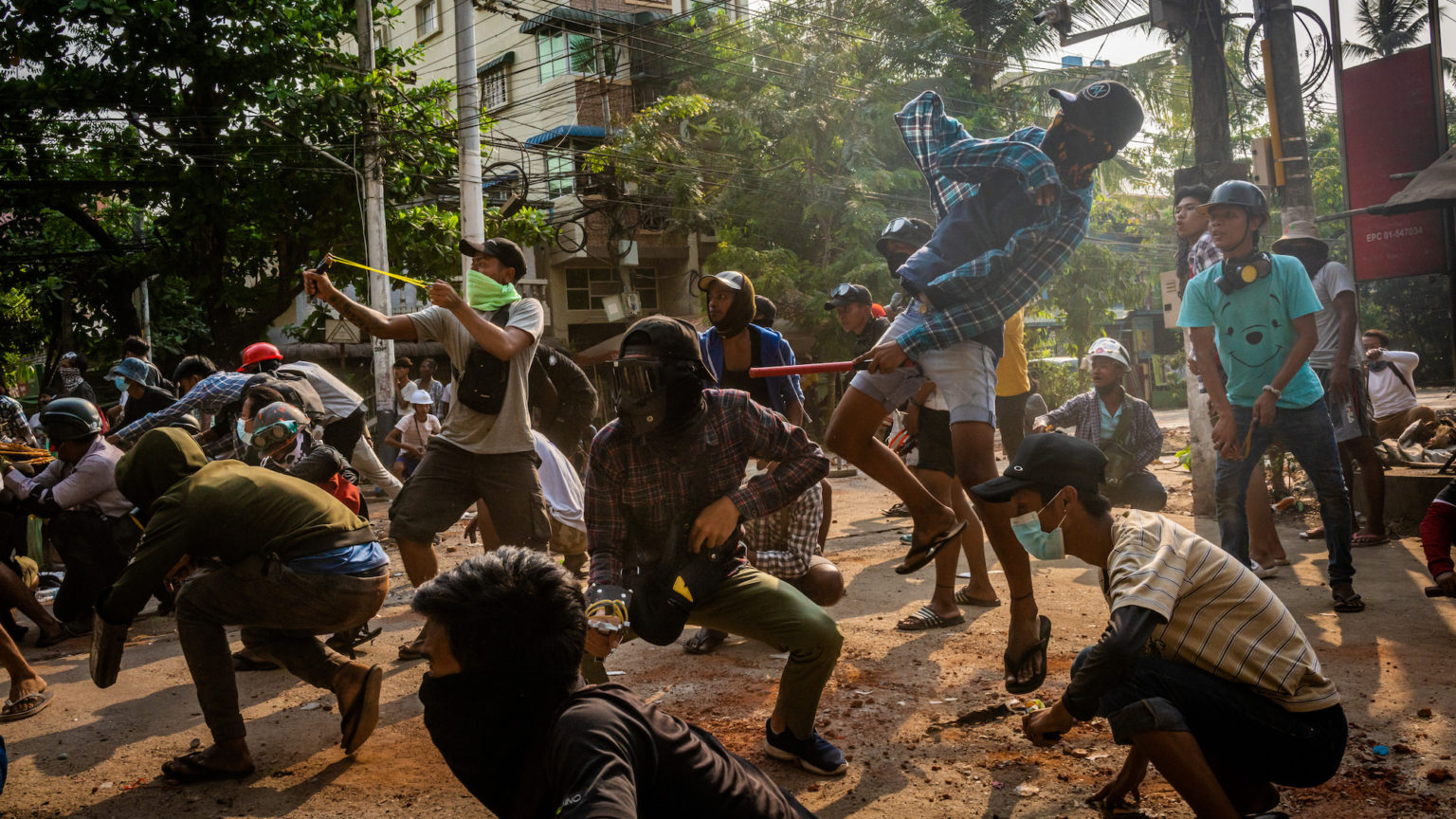 In the early hours of 1 February this year Myanmar’s elected government was deposed by the Tatmadaw, the official name of Myanmar’s armed forces.

The military rounded up senior figures in the ruling National League for Democracy, including state counsellor Aung San Suu Kyi and the president Win Myint, and placed them in detention at a still unknown location. The army disabled state TV, radios, local phone lines and the internet. And then, early on the morning of 1 February, using its own TV station, it announced that Tatmadaw commander-in-chief Min Aung Hlaing had taken power.

The response of the Burmese people was immediate. And inspiring.

Remember, the Tatmadaw has ruled Myanmar, in front of and behind the scenes, almost since its inception in 1948 – a period that has included two earlier coups in 1962 and 1988. It is renowned for the ruthlessness with which it deals with threats to its power. And it is feared for the determination with which it continues to enforce its version of Bamar-dominated national integrity at the expense of other ethnic minorities, as its horrific persecution of the Rohingya Muslims demonstrates.

But on 1 February, people did not not cower in terror, or slink away in resignation. They came out on to the streets in defiance of the resurgent dictatorship, and in support of democracy (no matter how partial it had been under the junta-authored terms of the 2008 constitution).

For that first week after the coup, hundreds of thousands of demonstrators, many mobilised online, came together on a near-daily basis in Myanmar’s cities and towns, singing songs, making speeches demanding the release of Suu Kyi, and deploying three-finger salutes – a gesture from the Hunger Games films first adopted by anti-government protesters in Thailand.

The so-called civil-disobedience movement also sprung up almost as soon as the Tatmadaw launched its takeover. Medical workers were the first effectively to go on strike, before other civil servants in key ministries, from banking to agriculture, also downed tools in an effort to grind the state to a halt. They were soon joined by people throughout Myanmar, who found myriad ways to try to cripple the dictatorship, including refusing to buy from military-owned businesses; withdrawing their savings from government- and military-owned banks; boycotting the state lottery; and stopping placing advertisements in state-run newspapers.

Three main political groupings soon emerged, too, vying to represent the popular opposition to the Tatmadaw. The largest is the Committee Representing the Pyidaungsu Hluttaw, which mainly consists of NLD MPs-elect from the now cancelled 2020 election, and is currently trying to gain international support to be recognised as Myanmar’s legitimate government. Then there is the General Strike Committee and the General Strike Committee of Nationalities. The latter is not simply looking to reinstate the pre-coup status quo, as the CRPH seems to be trying to — it wants to create a federal democracy, giving Myanmar’s hitherto restive ethnic nationalities equal representation in government.

Two months on and much has changed. The military, perhaps surprised by the strength and depth of the popular resistance, has resorted to ever-more violent tactics. Reports began emerging in early March that the security forces were shooting to kill, with an increasing number of protesters murdered by shots to the head. Mobile-phone footage began leaking out, too, showing troops swarming the streets at night, before opening fire on those protesters unable to run away. And the individual stories themselves became grimmer. The tale of the small child shot dead in his father’s lap, or the report of a protester in Mandalay, picked up by troops and tossed on to a pile of burning tyres.

This ratcheting up of military violence came to a head at the weekend. While the junta’s senior figures were enjoying a military parade followed by a lavish dinner to mark the annual Armed Forces Day, its troops were busy killing an estimated 120 people – the highest single-day death toll since protests began – in towns and cities across Myanmar. The Tatmadaw followed that up by launching air strikes in Kayin state, after the Karen National Union, the militia in control of parts of this southeastern area, attacked an army outpost. It is the first time air strikes have been conducted inside Myanmar in 20 years.

As it stands, 510 people have reportedly been killed by the junta since 1 February, with a further 2,500 arrested and detained.

The escalation in state violence against civilians tells us a lot about the nature of the Tatmadaw. About its ruthlessness. Its delusions. And, above all, perhaps, its state-within-a-state insularity. This, after all, is a 500,000-strong armed force that is so ideologically inbred that it believes its own propaganda – that it, and not the citizenry it is murdering, constitutes Myanmar.

But the escalation in state violence also tells us much about the nature of those opposing the coup. About their courage. Their bravery. Their willingness to put their lives on the line for the democracy that has been so cruelly snatched away from them. They have been fighting back for two months now. And they have done so not just in the face of an incredible level of violence and intimidation, but also amid increasing hardship, too, as those striking lose their incomes, and the production-and-supply chains of basic goods break down. And yet still they resist.

It is difficult to anticipate what will happen next. The Tatmadaw is a formidable military machine firmly committed to protecting its own governing interests. It also retains, as far as can be discerned, the qualified support of its major international backers, Russia and, above all, China.

Yet the popular resistance to the Tatmadaw is evolving. Reports suggest there is growing, if uncertain, support for democratic federalism among protesters, a development that, in turn, reflects the opposition of Rohingya and other ethnic-nationality groups to the coup. And on Monday, the General Strike Committee of Nationalities published an open letter calling for ethnic-minority militias, who have been fighting the Tatmadaw for decades, to join forces in the battle against the military coup. If anything, this promises a further militarisation of opposition to the coup.

So, two months on from what the junta believed would be a short, sharp usurpation, Myanmar’s future still hangs in the balance. That it does so at all is down to the sheer courage and political determination of those protesting and fighting this most repressive of regimes.