Unions’ silence over Batley is shameful

Teaching unions have abandoned one of their members to the fundamentalist mob. 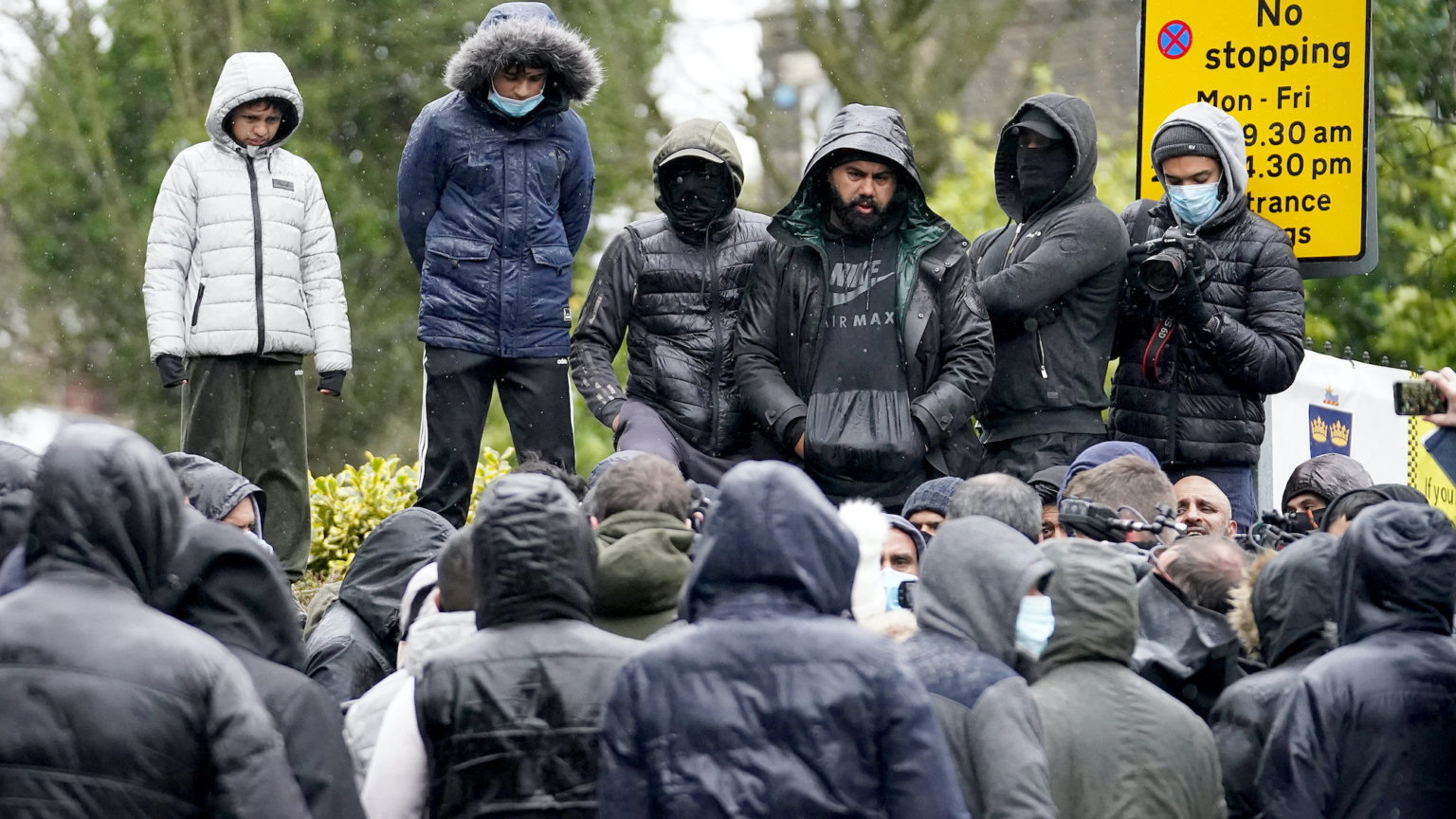 The disturbing silence over the treatment of the teacher at the centre of the Batley Grammar School fiasco has exposed the cowardice at the top of the teaching unions, which seem unwilling and unable to protect even their own members.

A popular religious-studies teacher at the West Yorkshire school has been suspended, subject to an investigation, and reportedly placed under police protection after allegedly showing pictures of the Prophet Muhammad to pupils in a lesson on blasphemy.

A mob of angry Muslim protesters, who deemed the images offensive, started gathering outside the schoolgates last Thursday morning. They shut local roads and forced the closure of the school for two days.

Within hours of the start of the protest, Batley’s headteacher Gary Kibble issued a grovelling apology and said the teacher was in the wrong.

However, he also added that the school had ‘immediately withdrawn teaching on this part of the course’. This implied that the lesson was, in fact, part of the school’s pre-planned scheme of work. This would mean it was a product of detailed, structured, departmental collaboration, almost certainly following Ofsted guidance, and that the teacher had simply been delivering the lesson as intended.

Nevertheless, the protesters, including a local Islamic charity, have vowed to continue protesting at the school until the teacher is fired. They have also called for further sackings.

What have the teaching unions had to say about this threat to jobs? Absolutely nothing. Take Mary Bousted, head of the largest union, the National Education Union (NEU). After months of positioning herself as a champion of teachers’ rights, she has been mute in the face of this grave assault on a teacher who has been thrown to the wolves just for doing his job.

Instead Bousted has found time to retweet about Brexit’s effects on cheese exports, and voter suppression laws in the United States, but nothing on the ugly situation developing in Batley.

With no little irony, the top tweet in her timeline over the weekend proudly announced she is writing a book because ‘one of the things that upsets me most is how badly we treat our teachers’. Yet, when faced by a teacher losing his job simply for teaching children how to reflect critically on a picture, she doesn’t seem upset at all.

There has been no statement of any kind from either of the other unions, the NASUWT and ATL. Together the three unions account for nearly all teacher union membership.

Geoff Barton, general secretary of the Association of School and College Leaders, issued a mealy-mouthed statement welcoming the school’s apology and promised inquiry. ‘[The school] should now be allowed to follow this process’, he said, ‘without a running commentary in the media, on social media and outside the schoolgates’. Spoken like a true bureaucrat.

This spineless conspiracy of silence on the part of the unions amounts to tacit support of the protesters’ outrageous demands, and also to a betrayal of the trade-union tradition of standing up for the liberty of the common worker against the forces of conservatism.

This silence is in marked contrast to the strident, near-constant noise made by the unions in recent months, demanding that schools are kept shut during the pandemic. They even had the cheek, during the Black Lives Matter protests last summer, to insist publicly that ‘silence is violence’. Not when it comes to teachers’ jobs, it seems.

This total lack of protection looks to have encouraged the protesters in their bullying of Batley. The Times reported that some protesters were warning darkly that the situation risked ‘becoming like France’, where teacher Samuel Paty was decapitated by an Islamist after showing pupils a cartoon of Muhammad. As one protester put it: ‘If one teacher can do it, another teacher can do it five years down the line, and we do not want this to be the case. Otherwise we are not responsible for the actions of some individuals.’

This should worry us all deeply. One of the groups involved in the Batley protests has already published the teacher’s name online.

Perhaps the unions’ shameful silence shouldn’t surprise us. At the time of Paty’s brutal murder, Bousted and the leaders of the other teaching unions were unable to find it within themselves to comment, let alone campaign. While that was bad enough, this time the events similar to those in France involve one of the unions’ own members. And yet still they offer no support or protection. Their actions are inexcusable.

At least pupils at Batley are rallying to the teacher’s side. They have launched a petition calling for the reinstatement of the teacher. It has gained over 50,000 signatures within two days of its launch. What a damning indictment of teaching today. Educators have to rely on their own pupils to defend them, while their professional representatives stand silently by as a fundamentalist mob seeks vengeance.