We need a referendum on abolishing the House of Lords

Never mind kicking out the hereditary peers – we should kick them all out. 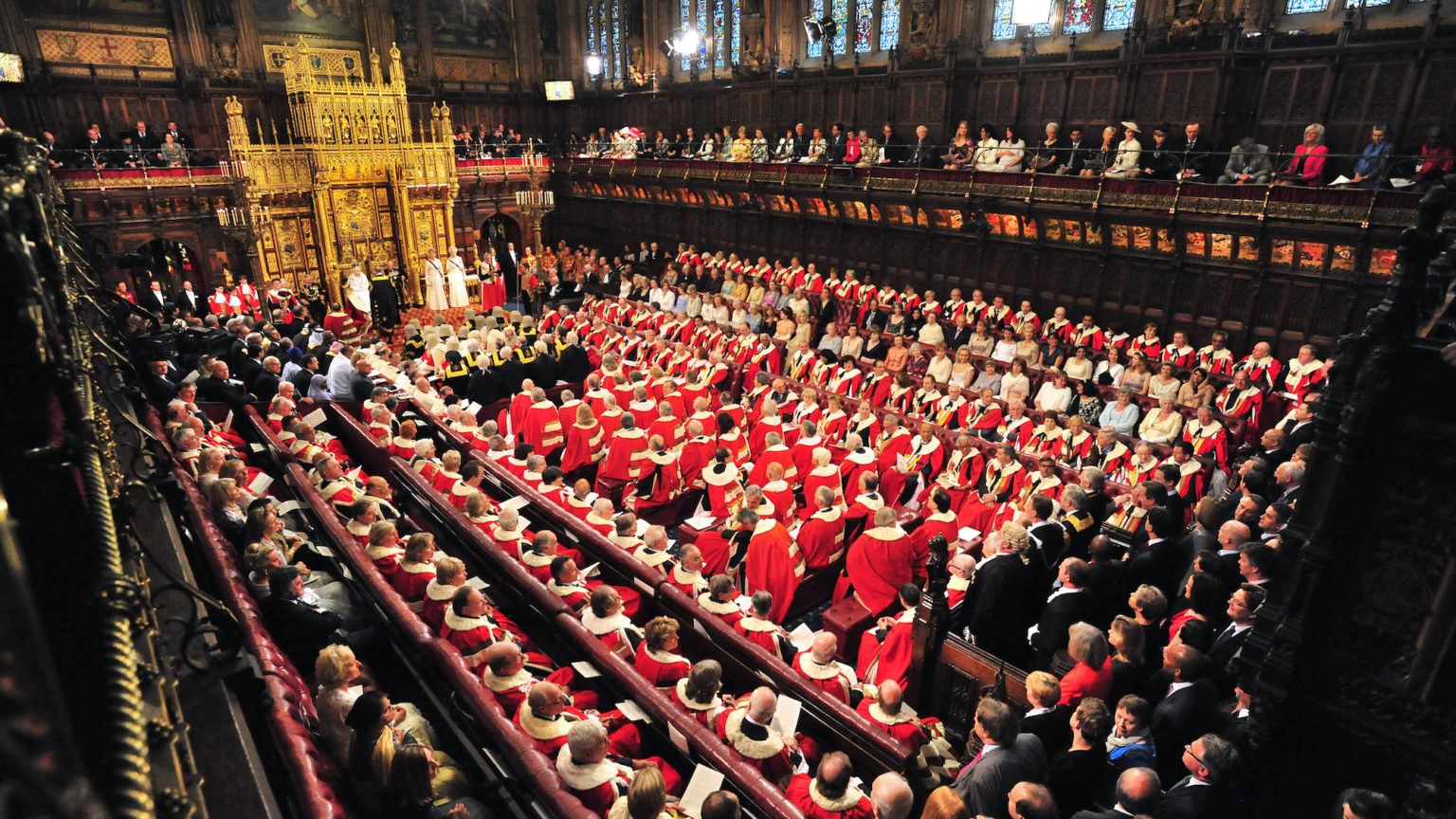 The aristocracy has had a bad couple of weeks. First Harry and Meghan dissed the royals, getting people around the world gossiping about how racist and weird they are. And now the knives are out for the hereditary peers in the House of Lords. It’s time for these 85 posh, old men who earned their ermine by virtue of birth to sling their hooks, says everyone from The Sunday Times to two of the candidates standing to be the new Speaker of the Lords. Yay? A blow for democracy against the undeserved, archaic power of aristocracy? Not so fast.

Of course the system of hereditary peers is preposterous. Some people will be shocked to find out we still have hereditary members of the Lords. The House of Lords Act, passed by Tony Blair’s government in 1999, was meant to kick out the dukes, earls and barons who are gifted a seat in the Lords because they have the right DNA. But a compromise was made: 92 hereditary peers were allowed to stay (it is now down to 85), alongside the bishops too. The 1999 Act transformed the Lords, whittling it down from an eye-popping 1,330 members to just 669 (it is now up to 800), and ensuring that the majority of members were life peers appointed by the government, rather than hereditary peers appointed… well, by their father’s sperm. But some of the hereditaries stayed, and some people weren’t happy about that.

It’s now blowing up into a full-scale controversy. At the weekend, The Sunday Times devoted its front page to the scandal of the hereditary peers. It published a photo of all 85 of them alongside the headline: ‘REVEALED: The truth about the peers who are born to rule.’ The chattering classes will have been spluttering into their muesli. The hereditaries’ average age is 71. Almost half of them went to Eton. None of them are women, of course (handed-down aristocratic titles aren’t big on sexual equality). And they cost us a lot of money. Not only the £323 a day that peers can claim for showing up and having a nap on the red seats, but also more than £50million in expenses claims since 2001.

Cue tut-tutting among all reasonable people. Even peers who are standing to be the next Speaker of the Lords – the hustings for that begin today – want their hereditary colleagues out of the chamber. Baroness Hayter of Kentish Town said hereditary peers are ‘not something that would be accepted by the British public today’. Lord Alderdice says the hereditary peers should be allowed to ‘wither away’. That is, when the current crop die off, they should not be replaced. Let nature take its course against these strange remains of pre-modern aristocratic power.

But here’s the thing – why are people only focusing on the hereditary peers? Not a single peer in the Lords has democratic legitimacy. Baroness Hayter of Kentish Town can posture against the hereditaries, but who in Kentish Town elected her to pore over democratically made laws? No one. Not a single person. To my mind, the political clout wielded by the Baroness Hayter – a former chair of the Labour Party who was appointed as a life peer by Gordon Brown in 2010 – is as ridiculous as that wielded by, say, the 24th Earl of Erroll, who is allegedly descended from King Pharnabazus of Iberia and who runs a private club called Puffin’s that is only accessible to people whose ancestors fought in the 1513 Battle of Flodden. Sure, why is he in the Lords? Good question. But likewise, why is Diana Hayter in there?

Good. I don’t want the Duke of Wellington – yes, this is still a real thing – reprimanding the elected government over the laws and policies it introduces. Arthur Charles Valerian Wellesley – to give the duke his real name – was one of the key ‘Brexit wreckers’ in the Lords. I wish people like him were even lazier. I wish they spoke less and slept more. Don’t even turn up, Arthur; stay in the country pile. Criticising hereditary peers on the basis that they don’t contribute much is strange. Surely they should contribute nothing at all?

The peers who really worry me are the active ones, the ones who take their role seriously, the ones who are driven by political zeal rather than the narrow self-interest that apparently motors some of the hereditary members. Life peers from the worlds of politics, the media, charity and so on who zealously believe they have a solemn duty to bring their conscience to bear against laws proposed by a government that was elected by 14million people horrify me far more than posh blokes who probably, in their heart of hearts, know how daft it is that they’re in the Lords.

And that’s because the debate here has to be about democracy, the question of whether we the people have real, direct control over those who make and shape the laws we are expected to live by. Too often, proposed reform of the Lords is too narrow. Get rid of the bishops, say humanists. Get rid of the hereditary peers, says pretty much everyone. Cut the number of members, leading peers themselves say. Trim, tinker, ‘modernise’. It’s not enough. Having an unelected second chamber is an abomination against democracy, against our political rights, whether it is full of dukes, priests or nice people who spent 30 years fronting a lovely charity.

The hereditary discussion is a distraction. It seems designed to bolster the legitimacy of the Lords by clearing out what some regard as its most objectionable element. But the truly objectionable thing about the Lords is that it allows unelected people to exercise undue influence over legislation drawn up by politicians entrusted by us to do precisely that. We revolted against the European Union and its anti-democratic influence over our nation. Now let’s do the same with the Lords. Boris Johnson surely knows what needs to be done: we need a referendum with a very simple question – should we keep or abolish the Lords?