Priti, Meghan and the racism of political correctness

Why the woke elites love Markle and loathe Patel. 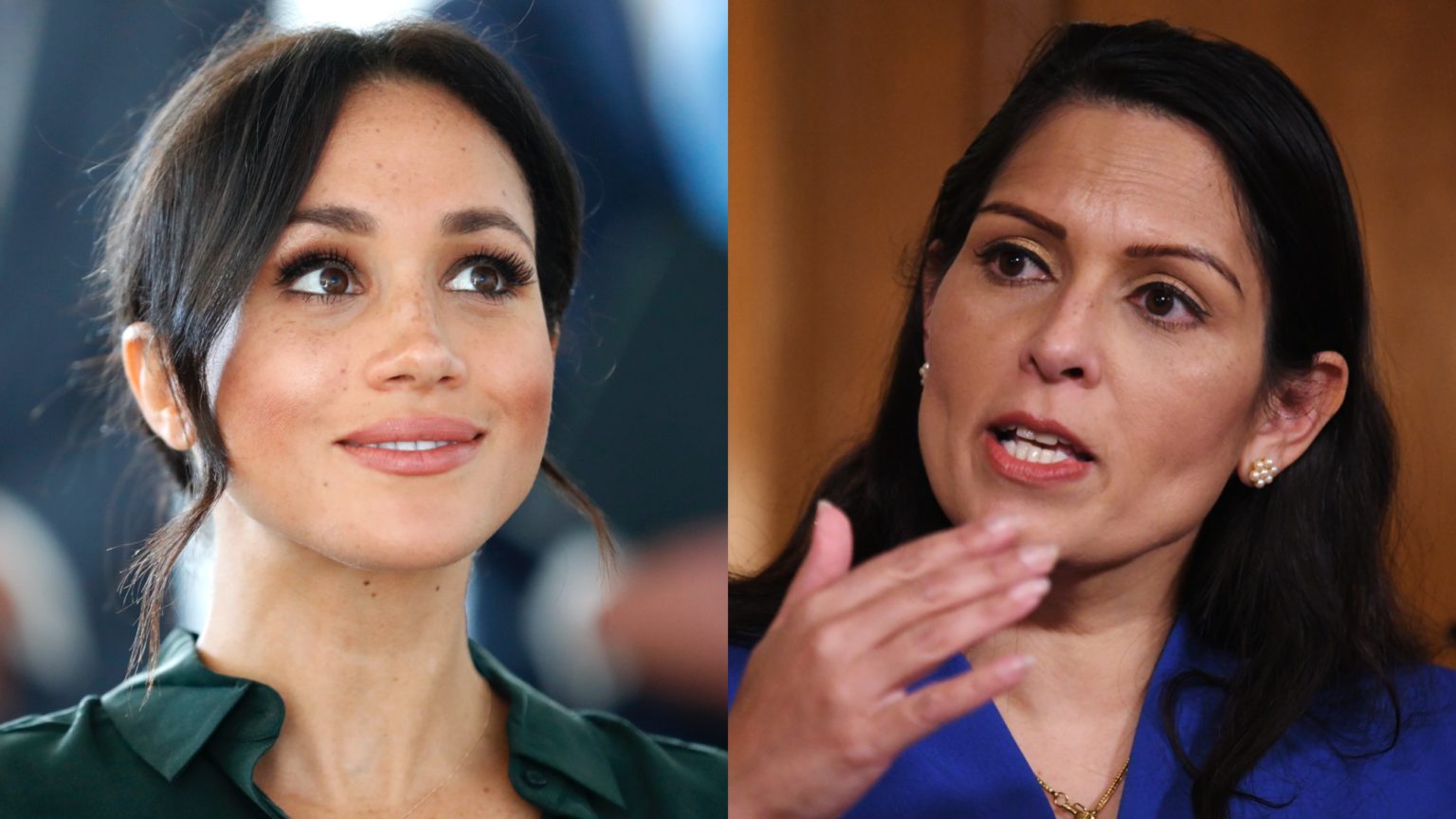 So let me get this right. When people accuse Meghan Markle of bullying, they’re being racist. They’re indulging the ‘angry black woman’ trope. They’re lashing out with lies because they fear strong women of colour who know what they want. But when people accuse Priti Patel of bullying, they’re being tip-top. No racism at all in that. ‘Of course Priti’s a bully’, say all the people who literally five minutes earlier were saying ‘How dare you call Meghan a bully, you racist shits?’.

Every now and then there’s a convergence of stories that exposes the hypocrisies and backwardness of our times. The crashing together of the Markle and Patel ‘bullying’ claims in the media universe is precisely such a convergence. The self-styled guardians of correct thinking are happy to call Patel a bully but they will marshall the entire armoury of woke-speak against any hint of a suggestion that Markle might be a bully. It couldn’t be clearer: political correctness, for all its claims of anti-racism, only offers protection to some people of colour. The rest can get stuffed.

As part of the ongoing war of words between the House of Sussex and the House of Windsor – as everyone says, series 23 of The Crown is going to be brilliant – royal aides have leaked to the press the fact that Markle was accused of bullying while at Clarence House. Buckingham Palace has launched an investigation. Yes, this is a transparent effort to pre-empt and undermine Harry and Meghan’s ‘explosive’ chat with Oprah that is being broadcast this weekend. But it’s also quite a funny story: the queen of wokeness, the self-styled global dispenser of compassion, being accused of being a bit of a bitch behind the scenes.

And the Patel bullying saga is back in the news, too. The home secretary has faced accusations of bullying in the various departments she has worked in in recent years. Apparently she once stormed out of her office and barked at a bunch of mandarins, ‘Why is everyone so fucking useless?’. Good question, if you ask me. Philip Rutnam, the Home Office’s top civil servant who locked horns with Ms Patel and left his post as a result, has now been awarded a £340,000 settlement.

This means that, at the exact same time, a woman of colour the woke love and a woman of colour they loathe are embroiled in bullying scandals. And the chattering classes’ response has been very revealing indeed. All the academic lingo about structural racism and misogyny is being deployed to protect Markle from accusations of bad behaviour. Yet none of this, not a bit of it, is being done for Patel. Markle is surrounded by the PC forcefield of the race card, her supporters dutifully yelling ‘racist!’ at all her critics and detractors. Patel is afforded no such support. Of course she’s a bully, they say – look at her.

So are these women bullies? My personal view is that no one over the age of 16 should use the world bullying to describe being put under pressure. Yes, workplace managers can be nasty and their behaviour will sometimes need to be called out and corrected. But too often the phrase ‘workplace bullying’ is used to describe what is actually normal behaviour in a high-pressure environment.

It makes sense to me that the Home Office is a stressful place to work and that the home secretary might occasionally use the F-word. I mean, this is an institution charged with protecting the British people from terrorism and crime: I want it to be a stressful place to work. As for the palaces of the British royal family, come on – this is a ‘firm’ that believes it was handpicked by God to rule over the plebs; of course it’s going to have its fair share of snobs and creeps, including newcomers like Meghan. No one should ever be mistreated at work, but if you’re going to work in an institution where you literally have to curtsy to your employers and refer to them as Their Royal Highnesses, then you’re going to have to prep yourself for dealing with self-important arses.

To me, it seems that Patel and Markle are ball-breakers, not ‘bullies’. People find that harder to believe of Markle because they buy the hype that she’s a fashionista Mother Teresa, an effortlessly compassionate creature, a woke holy mother. Their naivety about the Markle phenomenon, about the big-bucks business and political machinery that she and Harry are building around their brand, means they can never believe anything bad about Markle. They see her as saintly, and criticism as blasphemy. Or at least as racism.

But there’s something else going on here, too. It’s not just that they adhere to a double standard on bullying depending on whether or not they like the person being accused of bullying. After all, the right does that, too. It is relishing the Markle bullying story while being more dismissive of the Patel one. No, the broader, more worrying thing is the way that the new identitarianism elevates some people of colour as worthy and deserving of the protections of political correctness, while denouncing others as ‘problematic’, as traitors to their race, and as deserving of nothing less than being cast out of the ethnic-minority club.

The woke loathe Patel because she’s an Asian-heritage person who holds views that Asian-heritage people are apparently not meant to hold. She’s right-wing, she’s very law’n’order, she admires Thatcher. And this means she has betrayed her race. Commentators openly accuse her of having sold out to whiteness, of happily providing a brown face to Boris Johnson’s ‘hard right’ government. These are just fancy ways of calling her a coconut, an Uncle Tom. Meghan, in contrast, is worshipped because she perfectly embodies what this new elite considers to be the correct way of thinking for people of colour. She conforms to their expectations of this race of people, and therefore she is praised.

What we can see here is the racism in political correctness itself. Its treatment of entire racial or ethnic groups as monolithic blocs, as throngs of people who must all think and speak alike, is outright racist. It robs people of colour of their individuality and their agency. It reduces them to the nodding dogs of ‘correct thought’. And it will punish them if they even think of deviating from what the new academic elites and regressive left have decreed to be the one and only way for ‘those people’ to think and behave. So Markle is praised because she’s a good person of colour; Patel is denounced and denied the protections of political correctness because she’s a bad person of colour. This is the new prejudice. This is the new racial hatred. And it isn’t much better than the old.