No, we don’t need to ‘balance the books’ 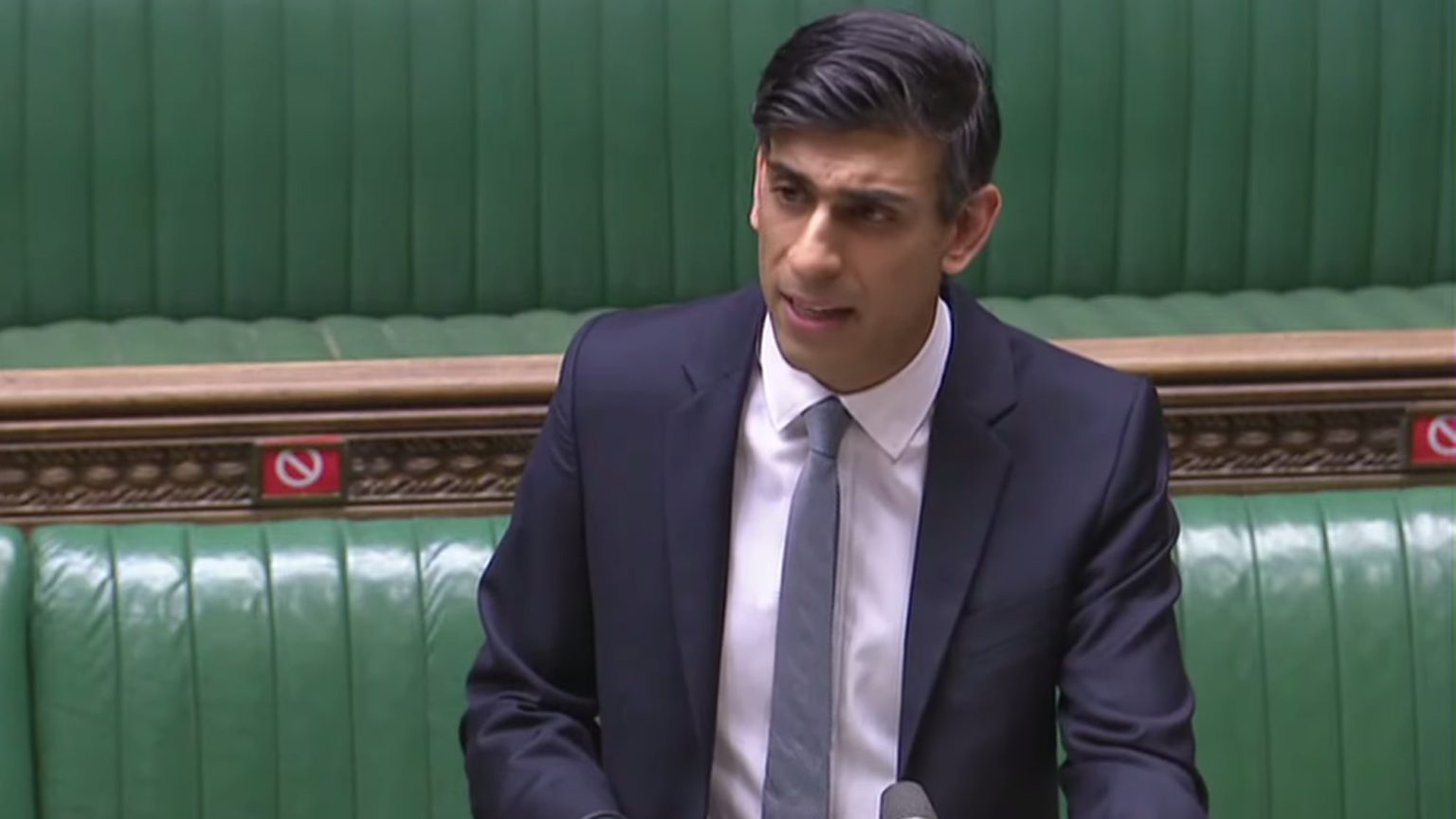 In a recent interview with the Financial Times, chancellor Rishi Sunak said that the UK’s public finances are ‘exposed’ and facing ‘enormous strains’, and warned that a bill will have to be paid after further coronavirus support. Many commentators took that to mean that, starting from next year, the government intends to seriously reduce its budget deficit. That means higher taxes or spending cuts.

Sunak confirmed this as he presented the new government budget, claiming that the government support measures have created ‘huge challenges for our public finances’. While he confirmed the continuation of crucial Covid support measures for this year (and that’s a good thing), he also claimed that, beginning from 2022, the government will begin to take action to ‘fix the UK’s public finances’, slashing the deficit down to four per cent of GDP by 2023.

That may sound sensible, but the reality is that the damage to the wellbeing of people and businesses from the pandemic is likely to be felt for years to come. Withdrawing government support before the scars are fully healed – that is, before the economy has returned to full employment and industrial output has returned to pre-crisis levels, at the very least – would inflict unnecessary pain on British citizens and businesses.

Luckily, there’s absolutely no need for any of this to happen. Despite Sunak’s scaremongering, and the dire state of the economy in general, British citizens have nothing to fear about the state of the government’s finances. Yes, the UK is currently running a relatively large budget deficit: over £400 billion, equal to around 20 per cent of GDP. Yes, Britain’s debt-to-GDP ratio is close to 110 per cent of GDP. But so what?

Sunak would have us believe that the British government is just like a household or business that has borrowed large amounts of money to stay afloat. And now it needs to think about tightening its belt in order to save up to pay back its debts. And that necessarily means austerity – higher taxes and / or lower public spending. Pretty straightforward, right? Wrong.

The British government’s finances aren’t even remotely comparable to our own finances. We ordinary citizens are currency users. That means that we have to earn income and / or save money in order to spend or pay back our debts. Governments, however, operate very differently. And that’s because they are currency issuers. That means that they can, and indeed do, simply create the money they need to spend out of thin air.

This obvious reality, though, tends to be obfuscated by the fact that, practically since the day we are born, we are told that taxes finance government spending. Likewise, we are told that governments can resort to ‘borrowing’ money from hard-working savers, if expenses happen to exceed revenues – but this should generally be avoided because debt, we all know, is a bad thing.

But that’s not at all how government finances work: governments always spend first, and then tax and sell bonds later. In other words, the sequence is the exact opposite to what we are often told. This means that governments never need to ‘finance’ their spending through taxes or selling debt. Government spending can be self-financing. At the same time, governments may choose to tax and sell debt for a number of reasons. Taxes can be used to support the value of the currency and to redistribute wealth. Selling bonds allows citizens to convert their cash into an interest-bearing asset rather than keeping it parked in the bank.

But none of these reasons have anything to do with the funding of government spending per se. Indeed, from a technical standpoint, there’s absolutely no reason for governments to ‘match’ the deficit – pound-for-pound – with bonds. Nothing prevents governments from spending without issuing debt at all: the central bank could simply credit the relevant bank accounts to facilitate the spending requirements of the government.

But then the reality of how government spending works would become apparent to everyone. In fact, one might be tempted to think that the reasons governments continue to employ complex accounting structures is to obfuscate the way government spending actually works, and to rationalise the imposition of neoliberal fiscal policies. That’s because politicians know that the big, scary numbers associated with the ‘public debt’ easily lend themselves to political manipulation. Sunak’s interview in the Financial Times is a great case in point.

But the reality is that there’s nothing scary at all about the public debt. A currency-issuing government can always make good on any promise to repay bondholders (as long as the bonds are denominated in the government’s currency). Indeed, governments repay bondholders the same way they pay for anything else: by issuing new money. In other words, there’s absolutely no need to raise taxes (or cut back spending, for that matter) to ‘pay back’ the public debt, as Sunak implies.

Indeed, in aggregate terms, debt is never ‘paid back’ but simply rolled over, meaning that new bonds are issued as the old ones mature. In other words, governments only really ‘pay back’ interest, not capital. Sunak says he is worried by ‘rising interest payments’. But even interest payments are serviced as any other government outlay: by creating new money. Sunak’s concern is unjustified, especially considering that interest rates are ultimately decided by the central bank, not by markets.

To sum up, public debt is not a problem, regardless of who owns the bonds. However, it’s even less of a problem if the government owes the money to… itself. Which is the situation the British government currency finds itself in. Practically all the new bonds issued to support the economy throughout the Covid-19 pandemic were bought by the Bank of England (BoE) itself. At the same time, the BoE also increased the amount the government could borrow from its overdraft at the central bank.

This means that one wing of the state (the central bank) has ‘lent’ money to another wing of the state (the government). What better example of the way governments self-finance themselves? Why this should be a cause for concern, as Sunak claims, is truly baffling. Even more bizarre is the suggestion that citizens should be inflicted with painful austerity just so the state can pay back money to itself. It makes absolutely no sense. That would essentially amount to the government taking money out of the economy and destroying it for no reason whatsoever (which is effectively what happens with the revenue raised from taxation).

Ultimately, the only thing the government and citizens should be worried about with spending at this level – and which could justify a raise in taxes or cutback in public spending – is inflation. But inflation is currently standing at a paltry 0.7 per cent, down from almost two per cent just over a year ago. There’s very little risk of the economy overheating anytime soon. In this context, the government should keep spending as much as is necessary to avoid unnecessary damage to the economy. This needn’t be a cause for concern. It’s people’s lives that we should be concerned about, not the ones and zeros on a computer that make up the public deficit and debt.

Now, we must assume that Sunak understands all this. If he doesn’t, and he truly believes that the UK’s public finances are ‘exposed’ because the government owes some money to itself (or to others for that matter), then he’s grossly incompetent. If he does, however, as I’m inclined to believe, then it means he’s being dishonest in order to justify future austerity and to prevent people from grasping how government spending really works – which is arguably even worse. Either way, we shouldn’t let him get away with these claims.

Thomas Fazi is a journalist based in Italy and the co-author, alongside William Mitchell, of Reclaiming the State, published by Pluto Press. (Buy this book from Amazon(UK).)