Why did we all copy China?

In the UK a line was crossed when we enforced the first lockdown. 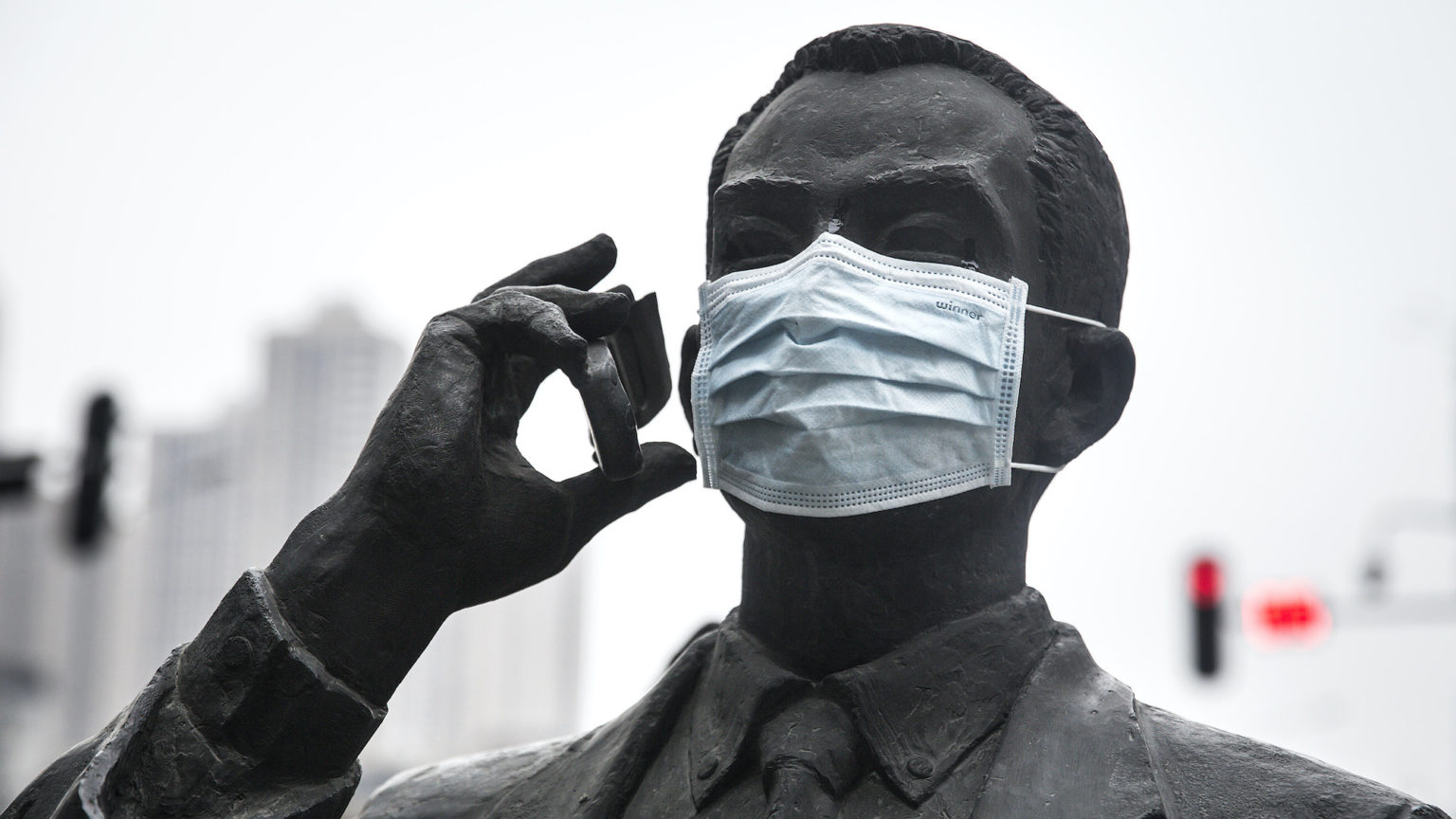 History attests that the defeat of a civilisation involves not only its political eclipse, but also the collapse of its values. The relationship between the two varies significantly. Sometimes, a defeated people are forced to adopt their conqueror’s beliefs; hence survivors of the American conquests were assimilated into white culture, to ‘kill the Indian and save the man’. At other times, a lack of conviction creates inner weakness, until, as in Rome, the barbarians have only to shove on the rotten gates to induce their collapse.

It is clear, however, that a civilisation needs more than political continuity to survive a clash with a rival – it also needs to preserve the fundamental values that define it. If the United States had retained its military superiority but adopted a command economy and a one-party state, historians would today speak of the Cold War as a Soviet victory. What are we to make, then, of the ideological conflict at the heart of Cold War 2.0, in which the West confronts an ambiguous Chinese collectivism?

China had always diverged from the orthodox Marxism-Leninism espoused by the Soviets, even before Deng Xiaoping’s reforms produced a superficially capitalist economy. Yet all predictions that this opening-up would result in a political liberalisation have fallen flat. At the Chinese Communist Party’s 18th Party Congress in 2013, Xi Jinping reaffirmed the unchanging truth of Marxism, which nonetheless ‘always advances through practice’. This pragmatism allows the Chinese state to change a great deal while remaining the same. Xi’s ‘practice’ is fundamentally about economic development: he claims his ideology ‘meets the development needs of the country and the times’.

Thus, China’s guiding ideology is a form of bureaucratic utilitarianism, which justifies any means if it promotes the end of material prosperity. While the ‘scientific outlook on development’ formulated by Hu Jintao makes human rights an important objective, these rights are viewed by the CCP as a gift of the state, not a possession that citizens can draw on to make claims against their government. The chilling calculus can justify atrocities like the oppression of the Uighurs: a million people spending a few months in concentration camps is nothing to the long-term happiness and prosperity of 1.4 billion. Jeremy Bentham, the systematiser of the utilitarian theory of maximising pleasure at all costs, for whom natural rights were ‘nonsense on stilts’, would surely see the point.

The once unbridgeable gap between China and the West therefore lies in our defence of non-consequentialist constraints on collective action: here, there are things the state may not do, no matter how much development, prosperity or comfort they might create.

The West’s embrace of lockdown has shattered this distinction. Professor Neil Ferguson – the champion of lockdown who broke the rules to conduct an affair with a married woman – gave an extraordinary interview to The Times last December, in which he described despairing, at the beginning of the pandemic, that Europeans would never accept China’s ‘innovative intervention in pandemic control’ (Ferguson’s term for nationwide house arrest). Suddenly, as panic spread and deepened, the professor realised that a new world had dawned. People and governments had been brought to a point that ‘opens up vistas of possibilities’ for hitherto unthinkable state action.

And so it was written. Nothing is now unthinkable. The difference between China’s bureaucratic totalitarianism and our own is now a matter of degree, not kind. The future is a bleak vista. Scientists claim that lockdown cycles will continue for years, and regular reviews of personal freedom look set to become as quotidian as changes in interest rates. Even if Covid-19 does disappear, it will be a brave politician who, in a future NHS winter crisis caused by traditional common-or-garden influenza, refuses to impose restrictions that scientists promise will save thousands of lives. Civil liberties safeguarded during two world wars are now, as they are in China, gifts of the state.

Covid-19 is a gift for some – an invisible, omnipresent externality that renders the most innocuous actions potentially lethal to millions, and thus justly governed by state regulations. Alarm has rightly been raised about China’s use of the coronavirus pandemic to reroute global supply chains. Not enough has been said about the West’s terrified embrace of the premise at the heart of the Chinese Dream: that the state is the master, not the servant, of the people.

Jacob Williams is a postgraduate student, writer, and former editor of No Offence, living in London.