A student magazine called No Offence has been banned for being offensive. 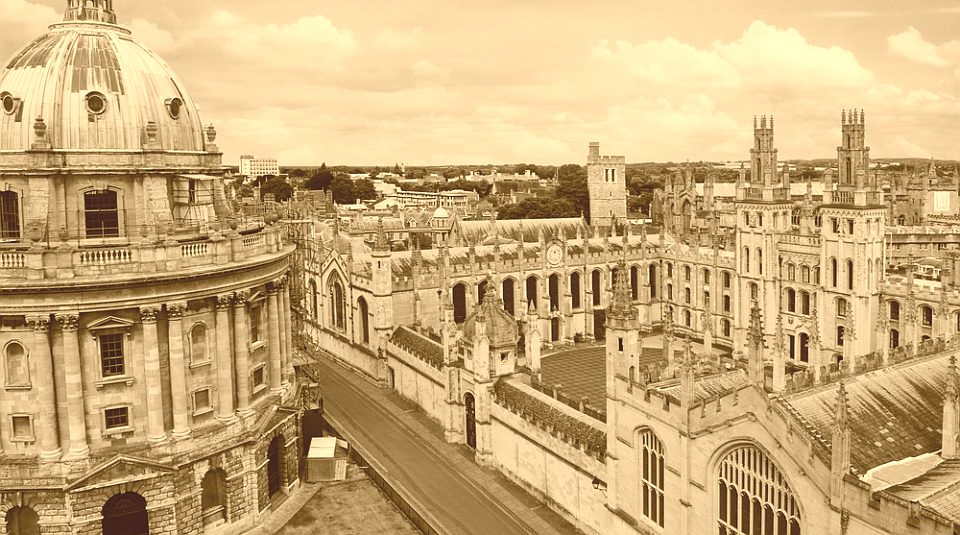 No Offence – founded by Oxford student Jacob Williams and Oxford local Lulie Tanett – is a magazine recently set up to ‘promote debate and publicise ideas people are afraid to express’. According to Williams, it grew out of a Facebook group called Open Oxford – a ‘non-partisan Facebook discussion group’, which claims to welcome all viewpoints and encourage vigorous discussion.

Receiving a ‘Red’ rating in spiked’s Free Speech University Rankings, Oxford has repeatedly been at the centre of controversies over freedom of expression. In February, students wishing to hear Marine Le Pen speak at the Oxford Union were besieged by a violent mob, and formally denounced by the Oxford University Students’ Union (which issued no apology for the protests, despite its extensive involvement). Similar protests also took place when former EDL leader Tommy Robinson and the then Israeli Ambassador Daniel Taub each came to address the Oxford Union.

Last November, an abortion debate (featuring spiked editor Brendan O’Neill) was prevented from taking place at Christ Church College after student threats of protest. The college called it off, citing ‘welfare concerns’, and to this day it has been unable to take place. It was this event that precipitated the ‘Stepford Student’ phenomenon, which – despite being widely lambasted in the national press – has only grown in influence over the last year.

It is this climate in which OUSU operates. The intention of No Offence’s founders was to hand out copies of the magazine to freshers from the magazine’s stall at the university fresher’s fair (on which the students’ union has a monopoly). Upon having sent OUSU digital copies of the magazine, however, Williams was informed in an email that, due to a breach of ‘regulation 13 of the Student Stallholders Regulations’, he would not be permitted to hand them out.

Regulation 13 is available to view on the OUSU website, and states that ‘OUSU reserves the right to remove any materials, or to prevent any activity, which in the view of OUSU officers is likely to cause offence’. It goes on to stress the infallibility of its own decisions: ‘[The choice] will be taken at the discretion of OUSU and will be final. This applies for the duration of the fair.’

In practice, this rule means that OUSU is entitled to remove any material at any time from any stall, without giving further explanation or issuing refunds to stallholders. No Offence will still have its stall – the £40 cost of which will not be reimbursed – but will not be able to distribute the magazine, rather undermining the point.

In response to No Offence’s prohibition, Williams replied to OUSU informing it that he was willing to consider alterations to the magazine on the proviso that these did not ‘completely change its character’. OUSU’s response did not even acknowledge this offer. It told Williams (who stated that, were OUSU to decline to work with him, he would contact student press) that it had already contacted the Oxford Student – a publication funded and overseen by OUSU themselves. In fact, OUSU is paying for copies of the Oxford Student to be distributed for free at the freshers’ fair.

‘There is nothing offensive about healthy debate’, Williams told me. ‘To ban us from promoting it on the grounds that people might be offended proves everything the free-speech movement has been saying. No offence, OUSU, but you just shot yourself in the foot.’

Interestingly, the OUSU-backed Campaign for Racial Awareness and Equality, whose co-chair was at the centre of an anti-Semitism storm and has since refused to resign, will be present and distributing materials at the fair.

When asked about their new plans for distributing No Offence, the pair chose to stay mysterious. I for one will be watching this space.