Now even classical music is racist

A scandal involving an obscure music journal confirms that the crusade against whiteness is out of control. 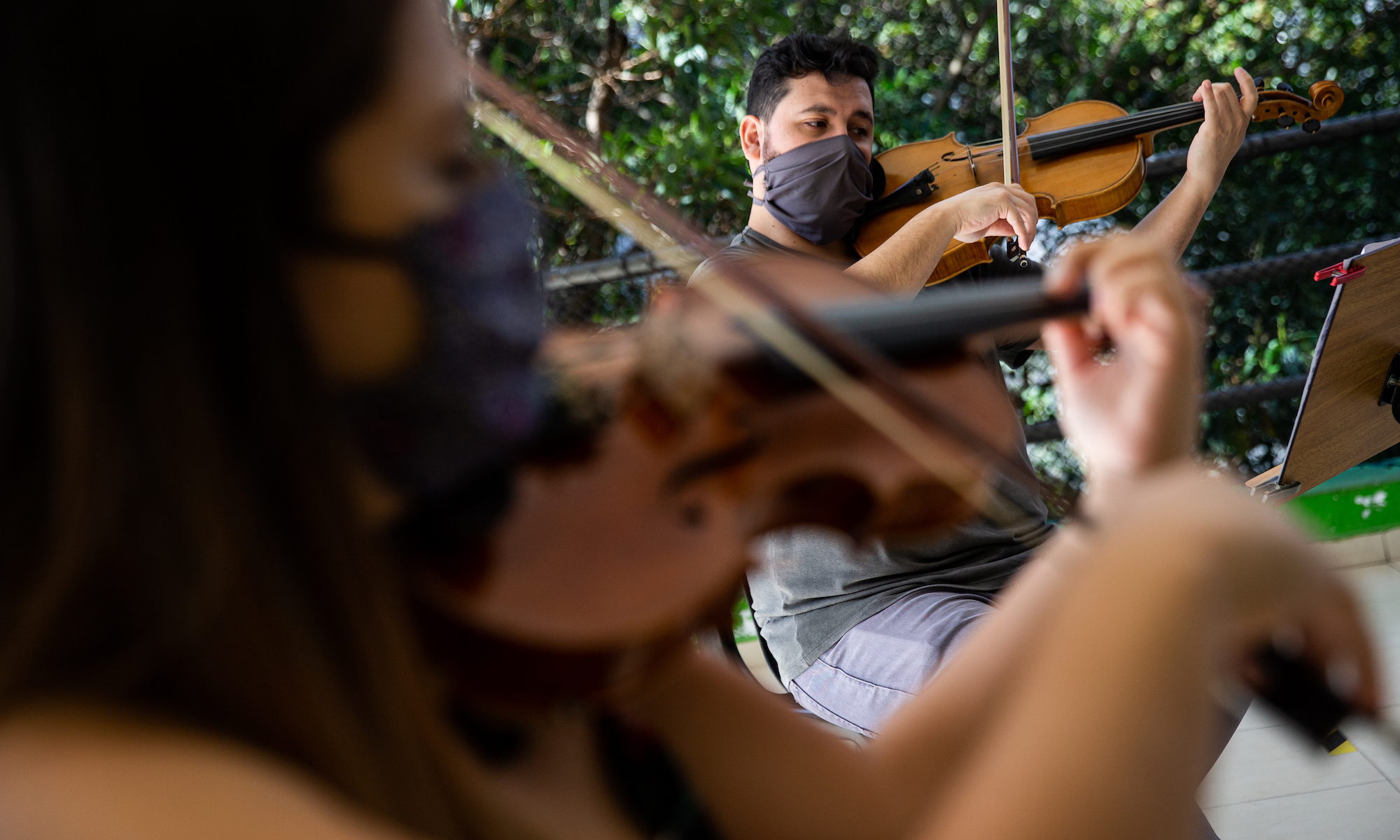 In a world where, sooner or later, everything is racialised, it was only a matter of time before classical music became a target of the crusade against whiteness. So I wasn’t particularly shocked when I read this headline in the New York Times: ‘Obscure Musicology Journal Sparks Battles over Race and Free Speech.’

The obscure musicology journal in question is the tiny Journal of Schenkerian Studies. The journal’s editor, Timothy Jackson, a music-theory professor at the University of North Texas, is under fire for his hard-hitting response to the claim that the interwar Austrian-Jewish composer and theorist Heinrich Schenker personified the white racist attitudes that dominate classical music. Jackson’s university has launched an investigation into his behaviour, barred him from editing the journal, and suspended funding for the Schenker Center, which he runs.

Jackson has been vilified by the Twittermob and ostracised by his colleagues. Graduates who have previously worked with him are now worried that their association with this fallen professor could harm their career prospects. How did this all happen?

The story of the demise of the Journal of Schenkerian Studies began in the autumn of 2019, when Philip Ewell, a black music-theory professor, gave a talk at the Society for Music Theory in Columbus, Ohio. Ewell takes the view that classical music is compromised by its whiteness.

For Ewell, white supremacy is evident in the teaching, playing and interpretation of classical music. From this perspective, where everything is seen to involve white racism, all the values celebrated in classical music are expressions of whiteness; they are all coded in a ‘white racial frame’, says Ewell. So, the reason Beethoven enjoys such high esteem among lovers of classical music is not because of his genius but because, as Ewell explains, he ‘has been propped up by whiteness and maleness for 200 years’.

Ewell’s obsession with the invisible power of whiteness is matched only by his philistinism – he describes Beethoven as an ‘above average composer’. Evidently, the academic members of the Society for Music Theory enjoy being guilt-tripped about their privilege because they responded to Ewell’s address with a standing ovation. The society – whose members are overwhelmingly white – loved what they heard. Later, its executive board declared that ‘we humbly acknowledge that we have much work to do to dismantle the whiteness and systemic racism that deeply shape our discipline’.

In his address, Ewell drew attention to virulent racist comments made by Schenker. Like many Germanophile artists and intellectuals of his time – the late 19th and early 20th centuries – Schenker regarded other people with contempt. He dismissed the ‘filthy’ French, English and Italians as ‘inferior races’, regarded Slavs as ‘half animals’, and claimed that Africans had a ‘cannibal spirit’.

If all that Ewell had said was that Schenker personified the cultural and racial hatreds of his society at the time he was alive, few would have disagreed. However, he went a step further and implied that Schenker’s musical theory was also infused with a racist tone. He claimed that Schenker carried his racist views into his work, as allegedly expressed in his belief in the ‘inequality of tones’. In other words, Ewell offered a racialised version of the argument that you cannot separate politics from art. Ewell’s attack on white art is the functional equivalent of previous denunciations of ‘bourgeois art’ or ‘decadent art’.

Jackson, who has devoted years of his academic life to the study of Schenker, reacted angrily to Ewell’s attack. He devoted an issue of his journal to addressing Ewell’s claim that Schenker’s racial views were connected to his musical theories. Five of the essays published in the issue defended Ewell, while 10 opposed him. Jackson’s response was hard-hitting and arguably intemperate. He accused Ewell of using Schenker as a proxy for Jews and suggested that his critique of Schenker may well have been an example of black anti-Semitism.

Jackson’s response was a passionate academic defence of Schenker’s reputation. He points out how ambiguous Schenker was in relation to his own Jewish identity, that he desired to be accepted into the fold of Germanic culture, and that he subsequently had a change of attitude, concluding later in life that ‘music is accessible to all races and creeds alike’.

Whether or not one agrees with Jackson’s reply to Ewell, or with his assessment of Schenker, there can be little doubt that the tone and content of his reply were consistent with the normal standards of academic debate. Nor can there be any doubt that the reaction of the University of North Texas, its sidelining of Jackson and his journal, plays into the hands of those who want to silence Jackson and defame his reputation.

In the eyes of his detractors, and no doubt in the eyes of the Society for Music Theory, Jackson’s real crime is that, unlike them, he refused to roll over, apologise and embrace the myth of whiteness that is being peddled by guilt-tripping moral entrepreneurs.

Moral entrepreneurs like Ewell have acquired a commanding influence over how racism is perceived and understood. Yet Ewell’s use of the concept of the ‘white racial frame’ to understand classical music has little to do with racism. He himself stated that he is not interested in ‘negative stereotypes of blacks’ and their application to classical music. ‘What I stress’, he said, ‘is not so much black stereotypes as positive white stereotypes’, which supposedly create a ‘pro-white subframe’. For Ewell, detaching positive connotations from whiteness, or spoiling whiteness by delegitimising the cultural authority of someone like Beethoven, is the precondition for turning classical music into an inclusive project. The aim is not to deracialise classical music, but to reframe it in a different colour.

No doubt Ewell would find it difficult to grasp the attitude towards classical music displayed by the radical black activist and writer, WEB Du Bois. Du Bois admired the music of Richard Wagner, the notorious racist and anti-Semitic composer. For Du Bois what mattered was Wagner’s music. He said: ‘The musical dramas of Wagner tell of human life as he lived it, and no human being, white or black, can afford not to know them, if he would know life.’

Advocates of the idea that white supremacy infects classical music would no doubt like to deprive millions of people of the joy of being exposed to the kind of music that helped Du Bois to better understand the human condition. Ewell and the Society for Music Theory should be ashamed of their newfound roles as the academic police of music and culture.