The wrong America is back 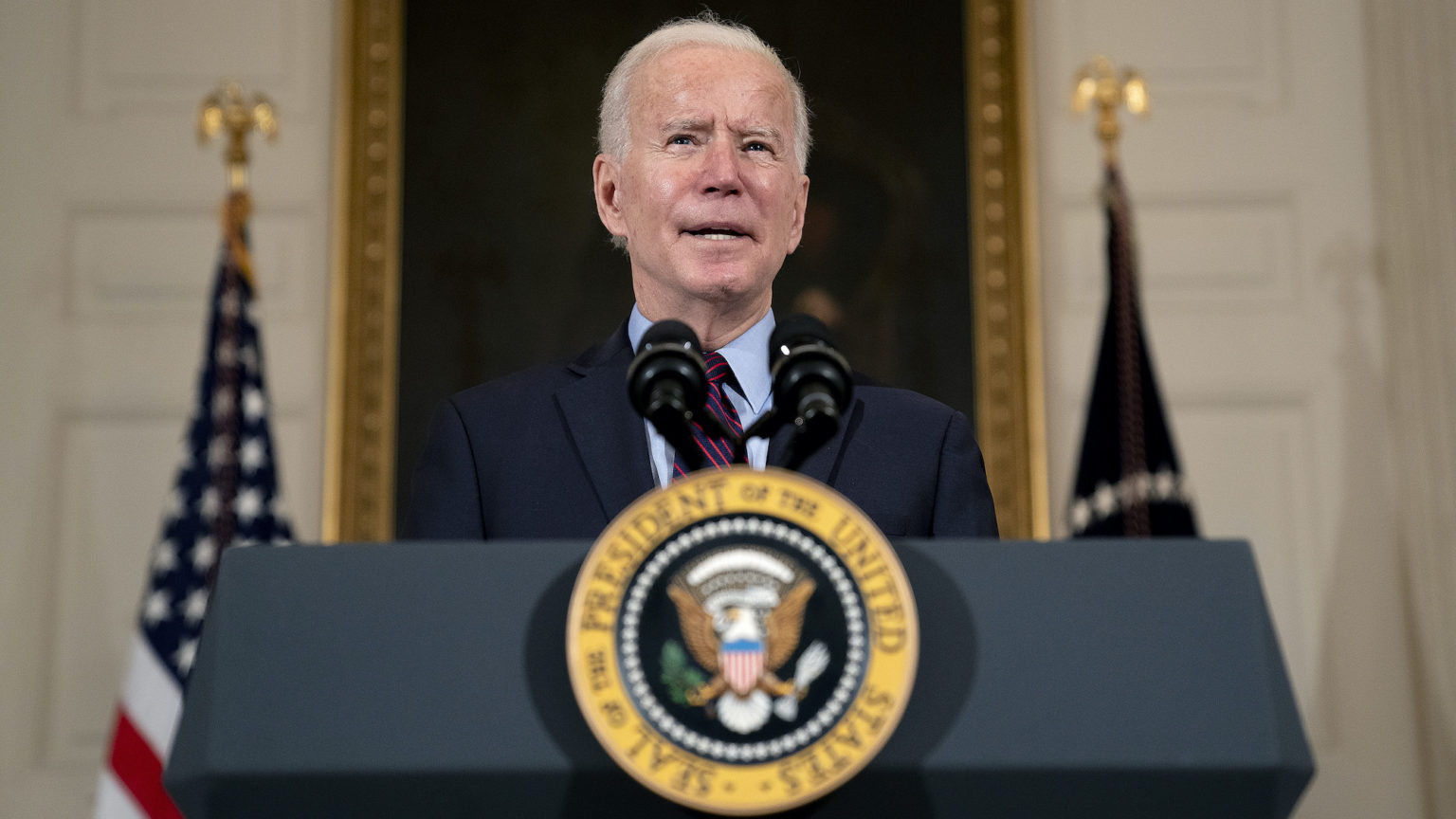 For the political restorationists, determined to push through a return to the pre-Trump, pre-Brexit status quo, Joe Biden’s fledgling US administration is being steadfastly presented as a force for global good.

So they heard nothing ominous in his first foreign-policy speech, and its flagship declaration that ‘America is back’. Nothing a tiny bit troubling in his pledge that America ‘is ready to take up the mantle and lead once again’. Nothing a little reminiscent of the barbaric ethical foreign-policy approach of the Clinton, Bush and Obama years in his determination to ‘reclaim … [our] moral authority’ on the world stage.

No, it was a sign of good things to come. ‘A breath of fresh air’ as the UK’s Observer newspaper put it. Heck, moral man that he is, Biden even promised to end American support for Saudia Arabia’s ‘offensive operations’ in Yemen, ‘including relevant arms sales’. A move former New Labour pin-up David Miliband praised as a ‘shift from a failed war strategy towards a comprehensive diplomatic approach’.

Which certainly sounds like good news. The six-year-long Saudi-led war on Yemen’s Iran-backed Houthis, which the United Nations has called a ‘humanitarian catastrophe’, is estimated to have cost the lives of over 230,000 people, and has left many more in want of housing and access to basic amenities, including food and water. And this ongoing devastation has been partially sustained by the US and the UK’s continued support for the Saudi cause. So a withdrawal of that support is to be welcomed.

But Biden is not promising to withdraw support for Riyadh entirely. The State Department has not even specified what Biden means by a cessation of ’relevant arms sales‘. After all, one man’s ‘relevant arms sale’ is another man’s weapon of mass destruction.

So Biden’s speech, even with the much vaunted adjustment to the war in Yemen, was not quite the ‘breath of fresh air’ that the restorationists claimed it was. But then, why would it be? For this is not a new start. Rather, is a restart of a foreign-policy approach honed to such disastrous effect during the late 1990s and 2000s. One still driven by an all-too-familiar team of signed-up members of the forever-war brigade, who see the world as a stage on which the US can perform and project its missionary role. To push, prod and change bad regimes the world over – in the name of democracy and increasingly climate change – and to hell with sovereignty.

That is what should have been heard in Biden’s lofty, self-aggrandising talk of reclaiming America’s ‘moral authority’ internationally, and his boast that ‘we are a country that does big things’. Not the promise of a more peaceful, diplomatically engaged approach to come. But the threat of a more destabilising, ethically posturing interventionism to return.

After all, in terms of the destructive creed of liberal interventionism, Biden himself has previous. He was, as one Jacobin writer puts it, ‘a key architect’ of the 1999 NATO bombing of Serbia, a champion of the 2003 invasion of Iraq, and a supporter of the war in Afghanistan, even calling for a troop surge in 2007. In terms of sheer war-hawkery, he’s no Hillary Clinton — who is? But he has always been willing to see foreign policy – his ‘first love’, as White House press secretary Jen Psaki called it – as a projection of America’s moral, global mission. Indeed, Biden was a prominent supporter of NATO’s enlargement eastwards in 1998, which included the absorption of three eastern bloc countries on Russia’s periphery – a move, coming as it did after the US promised Russia it wouldn’t happen, that did much to inflame post-Cold War relations.

And, more worrying still, he has surrounded himself with a national security team full of Obama-Clinton ‘retreads’, as the Nation put it, ‘a number of whom were architects of – if not the initial Iraq and Afghan debacles – then disasters in Libya, Syria, West Africa [and] Yemen’. Indeed, it’s worth remembering that the new US secretary of state is one Anthony Blinken, who, as Obama’s deputy secretary of state in 2015, pushed for the US to throw itself full-square behind… er… Saudi Arabia in Yemen. ‘We have expedited weapons deliveries’, he boasted at the time, ‘we have increased our intelligence sharing, and we have established a joint coordination planning cell in the Saudi operation centre’.

We are a long way now politically from 2015, of course. And even further from the high watermark of US-led interventionism, which culminated in the catastrophic invasion of Iraq in 2003. Don’t expect a simple rerun of that period. Yet what is worrying is that the moralising, manichaean dynamic that informed and justified the interventionist creed persists. It is just that the points on George W Bush’s ‘axis of evil’ (Iran, Iraq and North Korea) have changed and increased in number.

Yes, Biden, Blinken et al are certainly still targeting the likes of Iran, which will continue to be subject to what the Trump administration called a policy of ‘maximum pressure’. But they are also promising to move more firmly and ‘ethically’ against China and Russia. Which means they are recommencing the pre-Trump policy of dividing up the world along culture-war lines, into the good and the evil.

So during the senate committee hearings last month for Biden’s national-security cabinet, Blinken talked darkly of tackling the ‘the challenge posed by Russia’, including, incredibly, offering to provide the Ukranian government with ‘lethal support’ against it. And he talked, too, of taking a tougher approach to the Chinese government, which he, alongside many others, is eagerly accusing of genocide (against the Uighur Muslims). Indeed, the accusation of genocide against the Chinese government is likely to be the means by which the US and its allies justify the intensification and continuation of Obama and Trump’s cultural and economic war with China. Biden’s nominee for US ambassador to the United Nations, Linda Thomas-Greenfield, even called China ‘a strategic adversary’, whose actions ‘threaten our security, they threaten our values and they threaten our way of life’. Which sounds like China is being conjured up as an existential enemy.

With this perilous scene set, all it was left for Biden to do last week was to present US power as the bulwark against the world’s evildoers. ‘American leadership’, he declared, ‘must meet this new moment of advancing authoritarianism, including the growing ambitions of China to rival the United States and the determination of Russia to damage and disrupt our democracy’.

So, yes, the restorationists can cheer their victory. The era of America First is over. And a version of America really is back. But it’s one many of us hoped we wouldn’t see again.