Today’s vindictive wokeness has its origins in the PC wars of the 1990s. 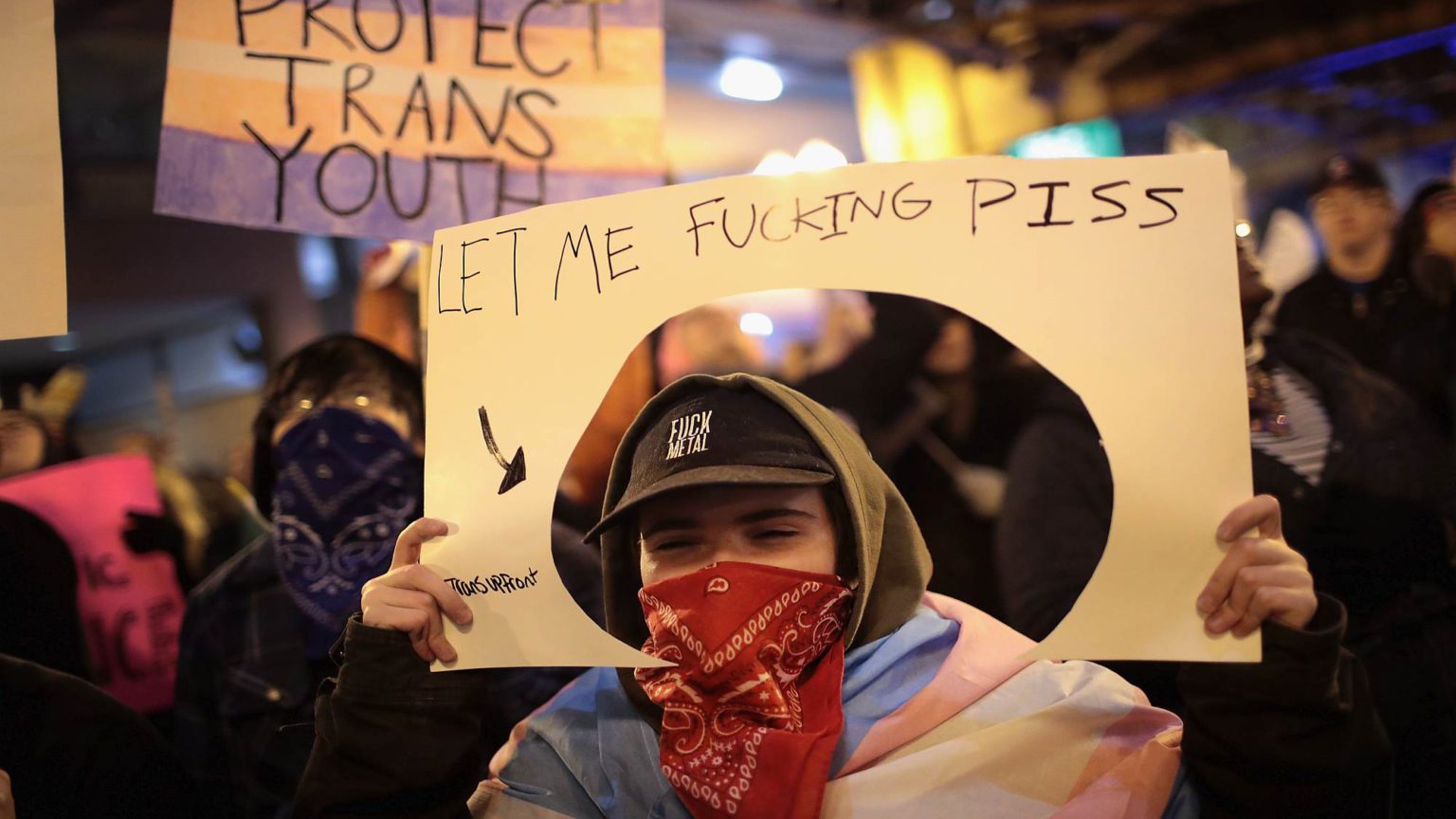 Most of you who are over 30 will remember the previous culture wars of the 1990s, which largely revolved around the topic of ‘political correctness’. This was the doctrine that we shouldn’t say pejorative things about marginalised people, and instead say nice things – blind people should be called ‘visually challenged’, black people should be called ‘people of colour’, crazy people should be ‘mentally ill’ and so on – and that society should become more aware of its institutional and linguistic prejudices.

This was fodder for right-wing commentators and comedians, who found the notion literally risible – laughable and contemptible. People saw in political correctness an attempt to change, distort and warp reality through language, a form of Newspeak. There seemed a distinct whiff of deliberate dishonesty in the air. In their defence, those who promoted political correctness, or ‘PC’ as it was known, said they were merely defending the vulnerable and marginalised. Political correctness was not a left-wing conspiracy, or an ideology, they protested. It was just a modern form of good manners, of trying to say nice things about people and to avoid hurting their feelings. PC was about not being offensive.

The doctrine of avoiding offence has since become a monster – under a different name. We no longer talk about ‘political correctness’, but instead refer to its even more terrible child, the church of ‘woke’, which is the same thing, but more intense, intolerant and dogmatic. As with fashion, all ideologies will tend to the extreme. ‘Woke’ is turbocharged ‘PC’ for the social-media age, in which there is ever-more pressure to conform to ultra-liberal dogma, invariably in the name of ‘not giving offence’. Those who we can’t offend in public these days are usually the transgendered – we aren’t allowed in polite society to call pretend women actual biological men – but they are just the top of the pile. There is no end to the number of categories of people who must not be verbally challenged lest their feelings be hurt.

Those who conspicuously disagree with modern-day politically correct ‘wokeness’ are publicly shamed, ‘called out’, ‘cancelled’, smeared as a ‘phobe’, shut out of social media altogether, fined for offensive utterances, sacked from their jobs, and ultimately have their lives ruined. Those who live in fear of this ideological jackboot will parrot the mantras of woke ideology. Many will not speak out against woke doctrine for fear of the consequences. Self-censorship is the sign of a sick society, and it’s one of the hallmarks of ours.

Woke ideology is merely the viral mutation of political correctness, as both have their foundational creed of not giving offence. Ironically, those who demand respect and that their feelings aren’t hurt are usually the ones who end up being the most genuinely offensive, belligerent and intolerant. ‘If you hurt my delicate feelings I will fuck you up.’

Political correctness was never about good manners or being nice. Neither is wokeness. They’ve both always been about imposing a worldview, warping reality in the name of ideology and shutting down those who disagree.

The Netfix film, The Dig, has aroused some interest in our Anglo-Saxon ancestors, what with it being based on the 1939 excavation of the Sutton Hoo treasure trove that bequeathed to us that so memorable helmet from the Dark Ages. ‘These people were not just marauding barbarians. They had culture! They had art!’ So enthuses Cambridge archaeologist Charles Phillips in the film.

The Anglo-Saxons were indeed a fascinating lot, as was their baffling, highly inflected language, which makes modern-day German look like a doddle. Yet the tale of Sutton Hoo only reinforces the myth that the Anglo-Saxons were the ancestors of the English today. They mostly weren’t.

Most ethnically white English people today are at best one-third Anglo-Saxon. That’s because the conquest of Britain in the 5th century by these barbarians from around modern-day Germany, Denmark and the Netherlands was undertaken by a small elite of peoples who subsequently imposed their language and culture on the native Roman Celts. By contrast, the exact opposite happened in Gaul, where a load of Germanic Franks invaded, and took over the whole country, but adopted the language of the natives.

The Anglo-Saxons were tenuously our ancestors, especially in regards to the post-Windrush generation of Britons. But then again, the French still pretend that Asterix the Gaul and his lot were their ancestors.

It seems the consensus is that 2020 was the ‘worst year ever’, or at least the worst year in living memory. This was questioned recently on Twitter by the comedian Simon Evans, who remembers the 1970s generally as being far more grim, especially 1978, a year, he tells me, he recalls for its ‘impending threat of violence and full economic collapse’.

So are we really living, to paraphrase Dickens, in ‘the worst of times, the worst of times’? Even worse than the 1970s? I defer to Michael Palin’s beguiling diaries, which I have been rereading for comfort in these dark days. Here’s one entry from February 1972: ‘General feeling of utter gloom from reading the papers – the power emergency, the civil war in Ireland, the imprisonment of anti-Smith people in Rhodesia, all rather unpleasant… it does seem that Heath and the Conservative government – who pledged to “unite the country” when they were elected – have, by their non-government, succeeded in polarising it more than ever.’

Palin’s Diaries 1969-1979: The Python Years are indeed a stark reminder of that most dismal decade. It was not just the constant power cuts, or bombings and shootings in Northern Ireland and London and Birmingham. Then there’s the events that he doesn’t mention: the Opec crisis of 1973, airplane hijackings, inflation, football hooliganism, skinheads, the National Front, British Leyland, Some Mothers Do ‘Ave ‘Em, George and Mildred and the later, awful, Carry On films.

Yet Palin seems never too perturbed by the events of these times. After all, British people 40 years ago still had the Blitz and rationing in living memory. Strife and hardship were in the collective memory. The snowflake generation was but decades away. We were a far greater church-going nation then, when on a weekly basis we were reminded of our mortality.

There lies a lesson for our current qualms over coronavirus. We’re all going to die one day. We can’t put it off forever. We will never vanquish the virus, just as we will never beat death.