Shouldn’t we ‘expose’ the government rather than its critics?

Neil O’Brien is trawling through every statement made by lockdown sceptics. I tried the same for Matt Hancock. 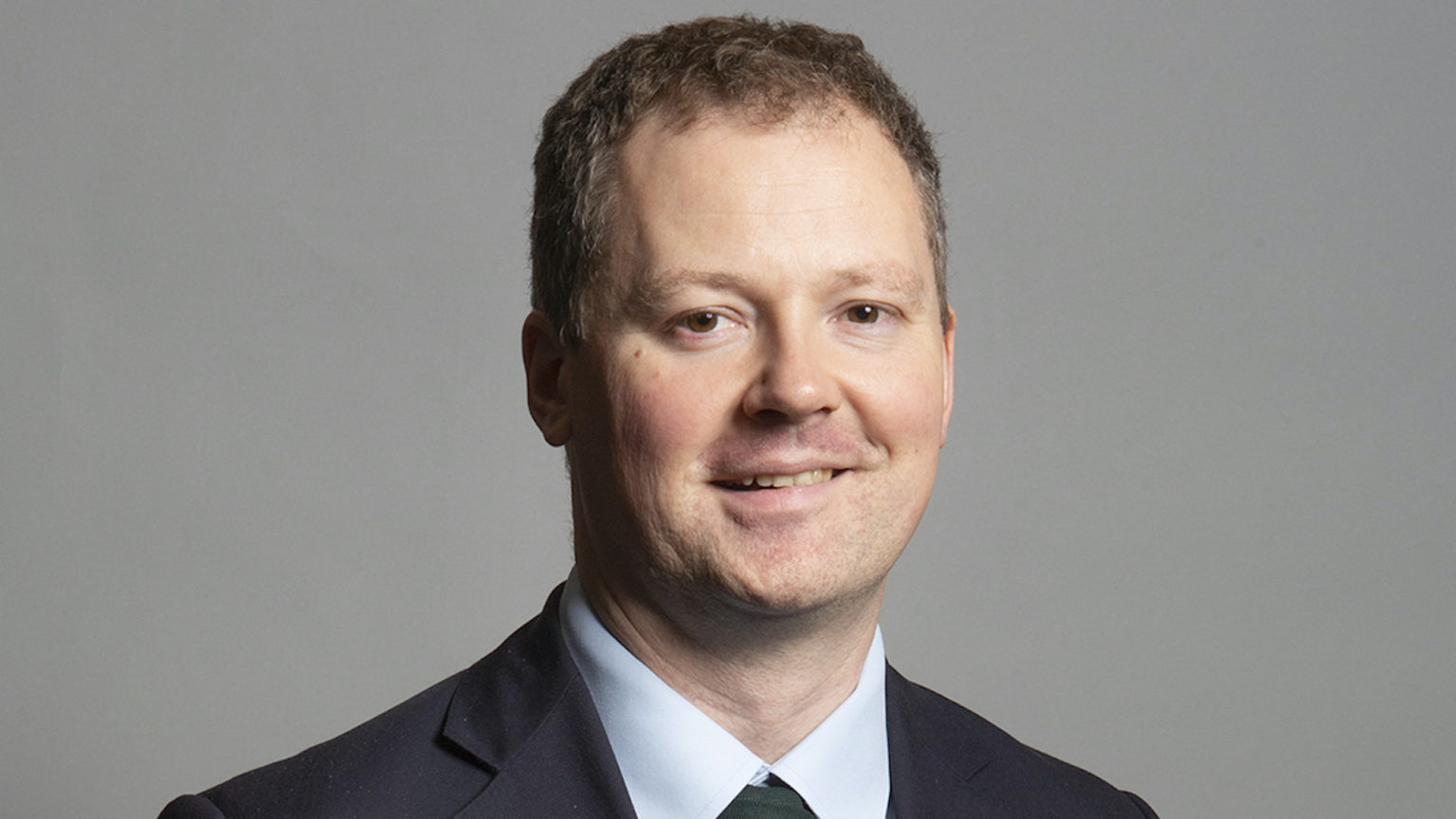 So there’s this Tory MP I hope you’ve never heard of, who’s delighting the Twitterati-Stasi by exposing ‘lockdown sceptics’ who’ve been stupid enough to believe that they’re living in a democracy, can say what they think, and get away with it.

Neil O’Brien is so pro-lockdown he thinks 100,000 people have died of a lack of lockdown, so he’s trying to threaten anyone who has criticised lockdowns in the past, by pointing out all the mistakes they’ve made. It’s true ‘lockdown sceptics’ have made mistakes. But the government’s survival depends on none of us ever understanding that lockdown sceptics are not in charge – it is.

We all know if the broadband went down, lockdown would be over in 10 seconds flat because everyone on Twitter would be utterly unable to cope with the reality of what their lives have become. But that’s not going to happen, so they’re gunning for people like Sunetra Gupta, the professor of theoretical epidemiology at Oxford University, who might give hope to any ‘fringe crank’ imagining that someone – somewhere – gives a damn about them.

As GQ’s interview with Neil O’Brien explains: ‘His worry, more than anything, is that giving credence to Covid cranks is a slippery slope.’ ‘That is a very foolish thing to do, to give a voice and amplify people who we really don’t want as a society to be amplified’, he says. ‘It’s not something that happens overnight, but if you keep going down that route you grow and grow this thing. That’s how the US got to where [it] got to.’

So in tribute to O’Brien’s efforts to cow anyone out of saying Je Suis Sunetra – leave her alone, she’s had enough – I’m now going to trawl through everything his health secretary has said in the past 12 months, in case he wants to extend his McCarthyite stance to someone who is actually running this shitshow.

Pre-Covid, I would estimate 97 per cent of the population couldn’t have picked Matt Hancock out of a police line-up if he had just mugged them. So when he stood up in the House of Commons, last January, to state that ‘the Chinese city of Wuhan has been the site of an outbreak of 2019-nCoV’, there was no reason to doubt him when he said ‘the public can be assured that the whole of the UK is always well-prepared for these types of outbreaks’. In February, he explained ‘our belts and braces approach to protecting the public’ and insisted that ‘the clinical advice about the risk to the public has not changed and remains moderate’.

On 23 March, he made a complete volte-farce. (That was not a typo.) The ‘risk to the public’ wasn’t ‘moderate’ at all. ‘It is incredibly important that people stay more than two metres away from others wherever they are or stay at home wherever possible’, he told the Today programme, adding those who weren’t doing so were ‘very selfish’. Four days later, Hancock tested positive for coronavirus. Seven days after that (3 April), he opened the Nightingale hospital (‘a spectacular and almost unbelievable feat’), while ‘blowing his nose’ and not appearing ‘to be at 100 per cent’. Two days after that, he threatened to change the rules again so that people who weren’t ill couldn’t go outside at all: ‘If you don’t want us to have to take the step to ban exercise of all forms outside of your own home, then you’ve got to follow the rules.’

I think it’s only fair at this point to stop and ask Neil O’Brien to point to all the tweets by Professor Sunetra Gupta (or Toby Young / Allison Pearson / Julia Hartley-Brewer or anyone else whose career he’s trying to end) which prove they not only failed to quarantine while exhibiting Covid symptoms, but actually wandered around opening hospitals. If they had, I would agree, it might be a career-destroying offence – but only if they were currently minister with portfolio for slamming anyone who’s not testing themselves because they’re so fucked financially that they’re petrified at having to self-quarantine for two weeks.

We’ll skip over Hancock’s botching of track and trace, the dodgy private contracts he’s had a hand in rewarding, how he breaks the rules he makes for us while cracking jokes about it, or his intervention into the debate about whether scotch eggs constitute a ‘substantial meal’. (What the latter has to do with the price of tea in China I still can’t tell you…)

Suffice it to say, by December he had been reduced to tears. First, on Good Morning Britain, Hancock was overcome with emotion on vaccine day:

‘Well, you know… it’s been such a tough year for so many people and there’s [the first vaccinated] William Shakespeare putting it so simply for everybody. That, you know, we can get on with our lives. I’ve still got this worry. We can’t blow it now, Piers… There’s so much work gone into this it makes you proud to be British.’

Days later, all this ‘emotion’ had gone down well, so Hancock did more of it – in parliament – announcing that his step-grandfather had died of Covid-19. (‘He was in a home and he had Alzheimer’s – the usual story’, Hancock’s father told the Daily Mail. ‘It was just a few weeks ago.’)

‘Beware of men who cry’, Nora Ephron once wrote. ‘It’s true that men who cry are sensitive to and in touch with feelings, but the only feelings they tend to be sensitive to and in touch with are their own.’ Was Hancock crying because he was devastated that his step-grandfather was not kept alive long enough to receive the vaccine (suffering from Alzheimer’s – so it would not be a leap to fear – bewildered, confused, and very likely denied the comfort of the touch of anyone he loved for most of the year)? Or was it because the political survival of the Conservative government depends on being proved right about lockdown – and that depends on one thing: the vaccine.

‘Each day we’re adding more vaccination centres’, Hancock told the Spectator earlier this month. ‘So it’s like building more houses in Monopoly, you get more and more sources of income in Monopoly.’ The Spectator’s editor and political editor suggest that: ‘People associate him with lockdown. “No”, [Hancock] replies, “they associate me with the vaccine”. Do they really? “Yes.”’

Hancock told the Spectator that Covid-19 will never be eradicated. But he sees no reason for his extraordinary powers as health secretary to cease even if – by some miracle – it does. In late November, Hancock told a Commons health and science committee that he wants to end the British culture of ‘soldiering on’. Having built a ‘massive diagnostics capacity’, he said, ‘we must hold on to it. And afterwards we must use it not just for coronavirus, but everything. In fact, I want to have a change in the British way of doing things, where if in doubt, get a test. It doesn’t just refer to coronavirus, but to any illness that you might have.’

The idea that we would continue to test, track and trace healthy people who have cold symptoms is so psychotic it’s a struggle to understand whether the man is even aware of how many people weren’t tested for cancer last year. The only hero in this context is Professor Sunetra Gupta. All she’s done is express her fears that lockdown – long-term – will do more harm than good – which is what she believes. In China, Zhang Zhan was also worried that people were dying and the government didn’t want anyone to know about it, so she tried her best to warn everyone in society that more people were going to die if nothing was done. If China had been honest about the outbreak from the start, maybe, just maybe, 100,000 lives would have been saved from Covid-19 here.

Maybe Gupta is wrong about lockdown. I hope she is. And I’m sure Gupta hopes so, too. But she knows infinitely more about epidemiology than all the keyboard warriors now tearing out her hair because the government can’t shave her head and pack her off to a concentration camp with Zhang Zhan for the crime of telling her truth.

Maybe anyone who shares Gupta’s fears are ‘fringe cranks’, but ‘fringe cranks’ have as much right to say what they think as anyone else. And especially when the government has stripped us of all our rights to do pretty much anything else, while refusing to reveal when – if ever – our rights will be returned. This isn’t China. It’s Britain. And we do things differently here. Or at least we used to – in those halcyon days when none of us had a clue who Matt Hancock was – never mind Neil O’Brien.