Environmentalism has become a key weapon in the fight to restore technocratic rule. 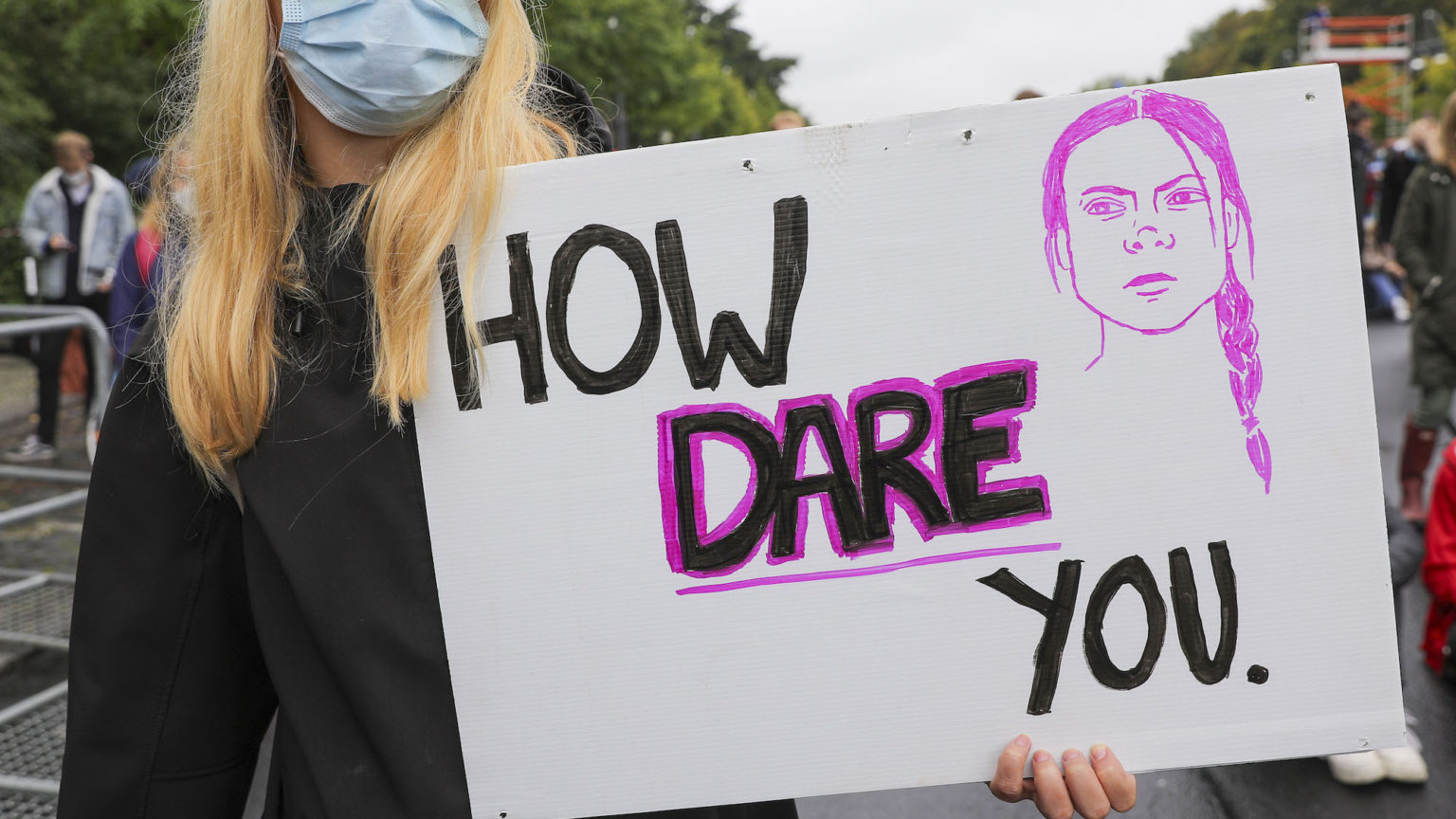 At the start of the year, the world’s plutocrats gathered alongside their political allies in Davos for the World Economic Forum, and listened excitedly while special guest Greta Thunberg berated them for not going far enough in the fight to save the planet. It was a telling moment, capturing just how central environmentalism – especially today’s self-flagellating, end-of-days version – now is to the worldview of the West’s political, business and cultural elites.

It has been quite the rise. For much of environmentalism’s history, it was largely on the fringes of elite discourse, not at the centre. It was the counter-enlightenment preserve of landed aristocrats, disillusioned Tories (the origins of the Green Party), and the New Left. Not the mission statement of prime ministers, multinationals and the very institutions of globalist rule, from the EU to the UN.

But that is what it has become in recent decades: the hug-a-husky purpose of governments; the corporate social responsibility of international conglomerates; the cause to unite nations.

Two key factors account for its ascendency: the long-standing demoralisation of capitalism, and the emergence of essentially technocratic governments after the end of the Cold War. In the anti-modern narrative of environmentalism, these managerial elites found their raison d’etre: to manage the risks and the threats produced by industrial modernity. It even provided them with an ultimate aim: to manage us out of environmental disaster.

But environmentalism has always been more than just a story appended to ‘third way’ governing. It is itself essentially technocratic. It invests authority in ‘the science’ and the expert at the expense of the demos.

And it did so successfully until 2016. Until Brexit and Trump. Until, that is, so many across the West, disenfranchised for so long under this technocratic consensus, seized back some degree of control.

And this has had a tremendous effect on environmentalism. Ever since 2016, the tone has become shriller, the threat supposedly more urgent, the narrative more apocalyptic. Climate change is now a climate emergency. Al Gore’s merely inconvenient truth is now XR’s truth that must be told. And the future towards which we are forever tipping is catastrophic.

This is because environmentalism is no longer the handmaiden of technocratic rule; it is now a weapon in the fight to restore technocratic rule. Hence the presentation of climate change is now so aggressive, so hyperbolic, so threatening. Because it is being used to fight populism, frighten citizens back into obeisance and roll back the democratic gains of recent years. And that is what we have witnessed over the past 12 months, from the wilfully apocalyptic framing of Australia’s wildfires in Janaury through to the UN secretary general’s December demand that all nations declare a climate emergency: namely, the further elite turbocharging of environmentalism as a justification for the restoration of the pre-2016 consensus.

Admittedly, some environmentalists have been concerned that climate change would be pushed down the political agenda by Covid this year, just as it was after 2008 by the financial crisis. After all, some of XR’s planned stunts were shelved and the UN Climate Change Conference of the Parties (COP26) was postponed.

They needn’t have worried. The pandemic emergency has been treated as a climate emergency in miniature. A dress rehearsal, even. This is because it has largely been interpreted through the same risk-conscious prism as broader environmental problems have. Thus Covid has been conjured up as a by-product of baleful modernity, a symptom of our unsustainable lifestyles, a message from vengeful Gaia. As early as March, tireless green twerp George Monbiot was celebrating Covid as ‘nature’s wake-up call to complacent civilisation’. Prince Harry agreed, declaring ‘it’s almost as though Mother Nature has sent us to our rooms for bad behaviour, to really take a moment and think about what we’ve done’.

What’s more, Covid, like climate change in general, has also been relentlessly mobilised on behalf of the technocratic restoration against the populist revolt. Hence the death tolls in Britain and America have been deliberately attributed to their populist governments – proof, so the restorationist attack goes, that not listening to the experts, not heeding the warnings of science, is a fatal mistake. And vice versa. Listening to the science and locking down is proof of the merits of technocracy and the wisdom of its restoration. As Greta Thunberg put it, ‘It is possible to treat a crisis like a crisis, it is possible to put people’s health above economic interests, and it is possible to listen to the science’.

The implication of the pandemic is as clear to Thunberg as it is to the political, media and business elites who treat her as their outsourced conscience: climate alarmism builds on the pandemic, and further justifies the technocratic restoration. In other words, the short-term expert-led governance during the pandemic emergency now justifies the restoration of long-term expert-led governance during the climate emergency. And to hell with freedom, democracy and the rest of it.

A UN economist, Mariana Mazzucato, has even mooted the possibility of a ‘climate lockdown’, in which governments would limit car use, ban red-meat consumption, and shut down fossil-fuel companies.

While that green dream remains just that, we’re already seeing the fruits of this green restoration of the old technocratic order. Throughout the developed world, policies and long-term economic plans are now being drawn up according to the expert-defined imperatives of the climate emergency. A green future, it seems, is one colonised by today’s technocratic elites.

So US president-elect Joe Biden, who has spent the year wielding the ‘existential threat’ of climate change as a stick with which to beat Trump voters, has promised to sign the US back up to the Paris Climate Agreement and create carbon-free electricity by 2035. And Ursula von der Leyen, the unelected head of the European Commission, has, as part of her Green New Deal, pledged ‘to rebuild our economies differently and make them more resilient’. Even Boris Johnson, knocked off his populist course by the pandemic and never possessing the most adamantine of backbones, has announced a ‘green industrial revolution’.

Of course, there will be no democratic debate about the nature of all this green-washed, post-Covid rebuild. That is being decided elsewhere, by experts, in the name of sustainability. And that should worry us. At the end of this wretched year, the green restoration of the managerial order is in full swing. The political response should be the same in the coming months as it was four years ago: we need more democracy, not less.