Why football fans are fed up with ‘taking the knee’

Fans don’t spend huge amounts of money to be subjected to political messaging. 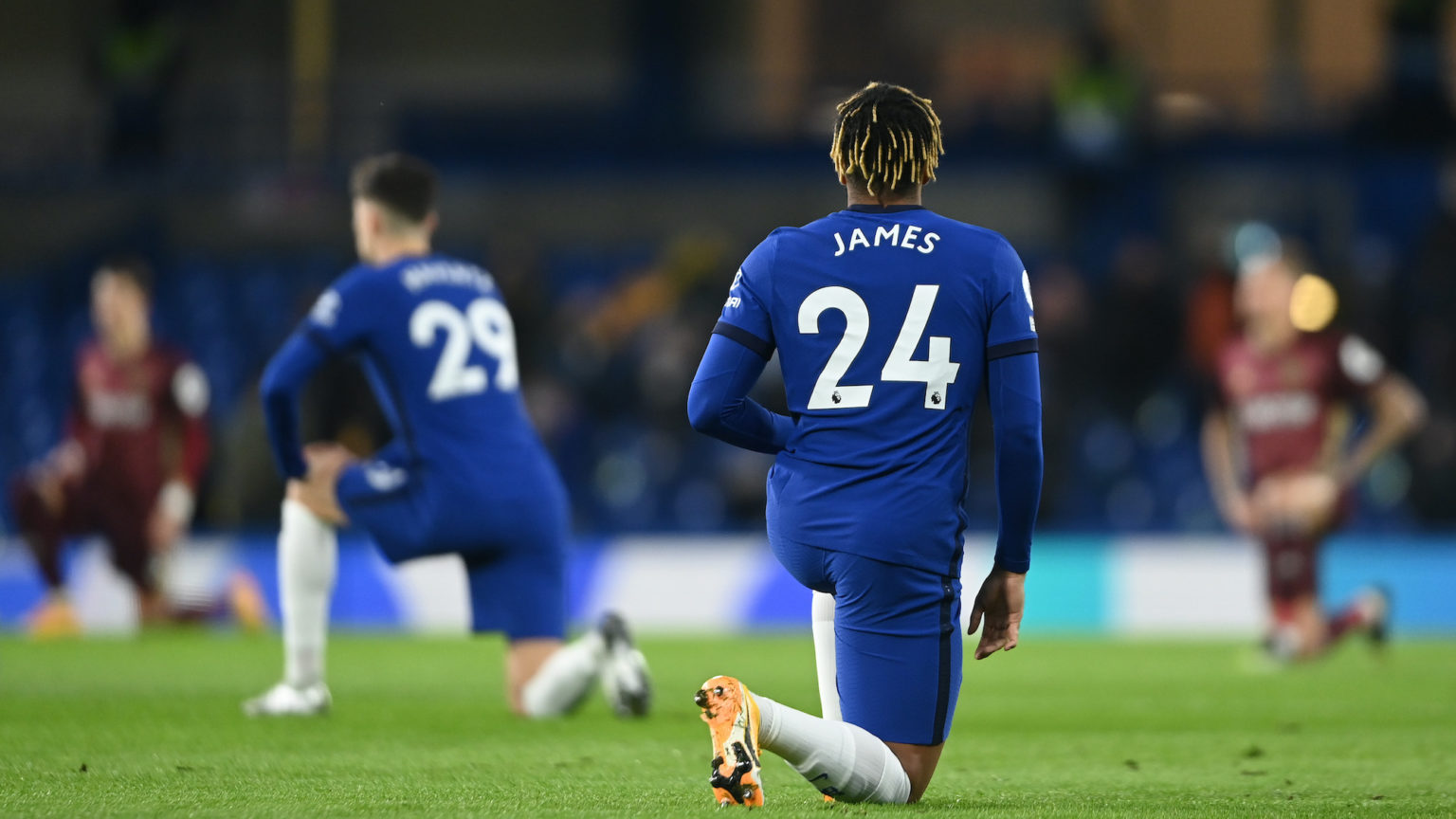 Football and politics have always been interlinked. Whether it’s Celtic’s ‘Green Brigade’ or Barcelona’s support for Catalonian independence, the ties between football, culture and politics will always exist. That said, the spirit of the beautiful game should really be about inclusivity. Whether you are black or white, Muslim or Christian, gay or straight, the idea is that as long as you are passionate about a certain team, you can instantly become part of both your club and the wider footballing family.

That message of inclusivity is perhaps why, at the turn of the 21st century, footballing bodies have made great efforts to tackle prejudice and racism in the game. As a young boy, I would wear a black and white wristband with the phrase ‘Stand Up, Speak Up’ after Arsenal legend Thierry Henry was racially abused by Spanish manager Luis Aragonés. The wristband was often worn more as a fashion statement, but it undoubtedly conveyed a positive message at a time when racism in football, though declining, still existed.

Fast forward to 2020, and football’s authorities have taken a far more radical approach. Racism in English football is practically non-existent, although that doesn’t stop protracted ‘investigations’ into whether one Chelsea fan may or may not have hurled racial abuse at Raheem Sterling (the evidence remains inconclusive). The most significant racist incident known to have taken place in recent years was when black English players were abused by a few dozen fans in Bulgaria during a game that they ended up winning 6-0. Despite the incessant media coverage, nearly all football fans agreed that this behaviour was shameful and had to be condemned.

However, efforts to combat racism took a somewhat sinister turn in June when the FA and the Premier League took the opportunity to impose a new form of messaging in the name of anti-racism. In the wake of George Floyd’s death and the Black Lives Matter protests that followed, the words ‘Black Lives Matter’ were emblazoned on every player’s shirt and players also started to ‘take the knee’ before games. These moves had the fervent backing of the progressive broadcast media. Quite what Floyd’s death and police brutality in America (a country that produces very few elite ‘soccer’ stars) have to do with Premier League footballers, the majority of whom earn millions of pounds a year, remains a mystery.

Anyone who looks into the symbolism of taking the knee knows full well that it is a signal of support for the BLM movement. And, of course, anyone who consequently looks into the aims of BLM must be aware that it goes far beyond eradicating racism at sports events. The organisation’s radical leadership believes in the overthrow of capitalism, the destruction of the nuclear family, and the racialisation of society. According to the BLM worldview, black people, no matter how successful, are the permanent victims of a white-based hegemony.

One might ask how the Premier League managed to get away with having its ultra-privileged stars participate in such an obviously hypocritical and political act. The answer is simple. With no fans in the stadiums as a result of the government’s draconian lockdown measures, there was no opportunity for them to vent their disapproval, other than through social media. Instead, the sports media – primarily Sky and the BBC – had complete control over the narrative.

That all changed on Saturday. When Millwall fans booed players taking the knee for the umpteenth time, the media reacted with dismay. ‘What the hell is wrong with these people?’, asked the Athletic’s Oliver Kay. ‘Those people at Millwall booing the players for taking the knee are an embarrassment to the club, south London, football and the rest of the modern world’, declared Guardian chief sports writer Barney Ronay. Meanwhile, Piers Morgan, ever the political bellwether, condemned the ‘bigoted morons’ who dared express opposition to BLM.

The reality is that millions of people do not support BLM; many actually oppose it. If football is truly to remain as inclusive as it needs to be, then brazenly partisan acts like taking the knee are going to be counterproductive. Now that there have even been applications to use the name ‘Black Lives Matter’ for a UK political party, these gestures are simply unsustainable.

Football fans don’t spend huge amounts of money supporting their clubs to be subjected to partisan political messaging. As more fans are allowed to enter stadiums in the coming months, the onus is on all of them to make their displeasure heard. Let Millwall fans be the example. And as the issue becomes more and more embarrassing for football’s opportunistic authorities, maybe taking the knee will be confined to the dustbin of history. Only then can we truly return to enjoying the beautiful game.

Ben Kew is a writer.