President Biden and the future of democracy

The presidential election was an inspiring act of popular decision-making. 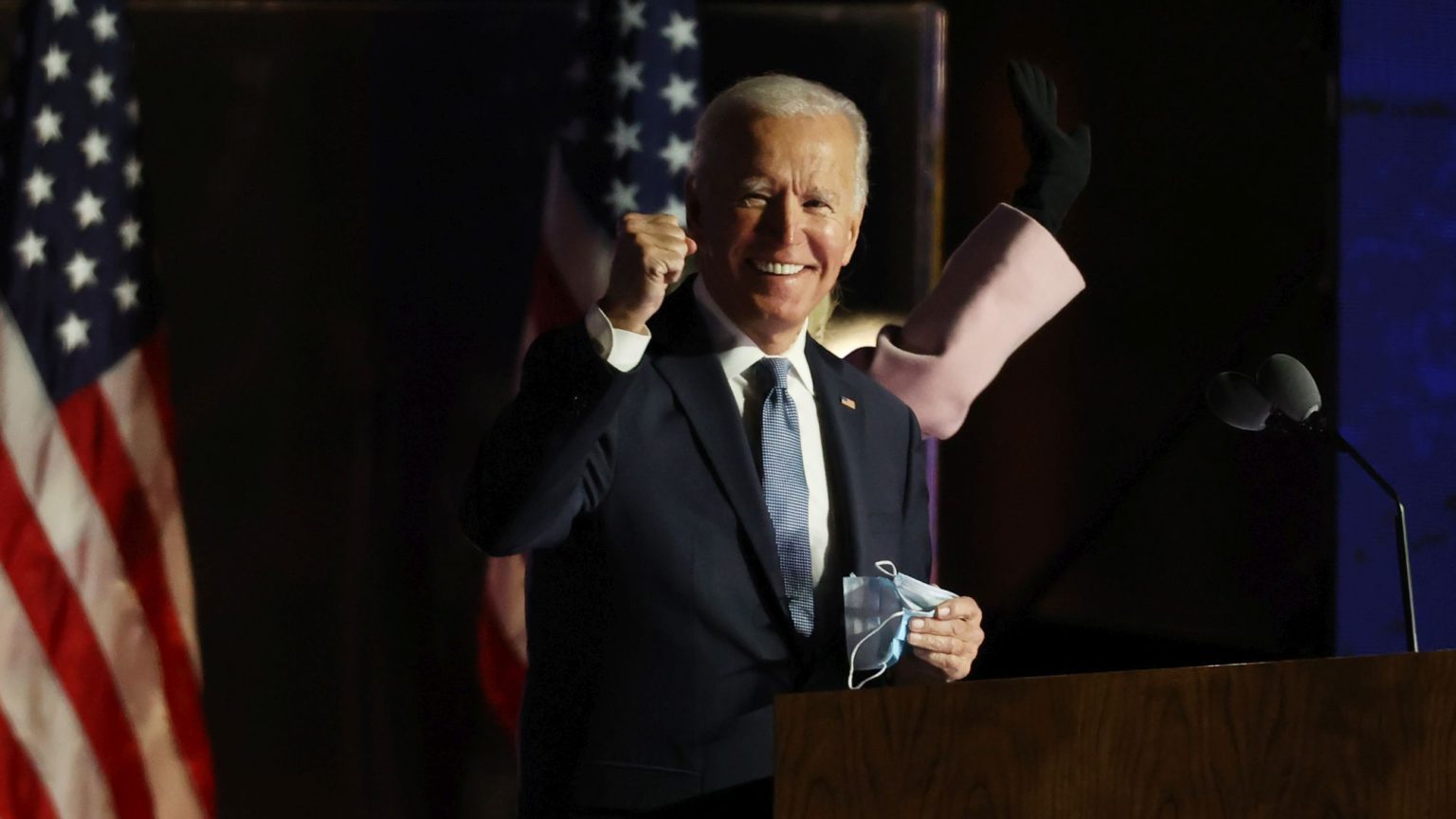 So Joe Biden will be the next president of the United States. He won a remarkable swathe of the popular vote – close to 75million at the current count. That is an impressive democratic mandate. In fact, this whole election has been impressive. It is projected that the turnout will have been 67 per cent, the highest in more than a hundred years. That’s 150million people engaging in political discussion and decision-making. Whether you backed Biden or Trump, you should be bowled over by the hugeness and momentum of this act of American democracy.

We at spiked are democrats. In our view, democracy is the most important political value. It is the means through which people can engage with the world around them and make their impact on it. It is the guarantor of political equality. It empowers the person who cleans a billionaire’s office with the same power as the billionaire himself to decide who should lead the nation or what direction the nation should take. So of course it is our view that Joe Biden is the legitimate, enthusiastically elected leader of the USA. The Trumpists trying to cast aspersions on the electoral process need to stop. Do not play the game your opponents played when Hillary Clinton lost in 2016, and when Remainers lost in the same year. Be better than that. Tend to your wounds and then get back to the business of trying to influence public discussion and potentially regain power at some future point. That’s what democrats do.

Yet even as the democrats among us marvel at the vast act of popular decision-making that has just taken place in the US, we must also comment on how different it is compared with 2016. The fallout from 2016 – when the establishment’s preferred candidate, Hillary Clinton, lost – was swift and visceral and at times unhinged. For years American politics got bogged down in conspiracy theories about the election having been ‘stolen’ from Clinton. Stories of Russian bots and the menacing influence of Vladimir Putin abounded in respectable newspapers. Impeachment proceedings were launched. Social media were charged with having permitted the spread of misinformation that brainwashed the dim electorate to vote Trump. A veil of suspicion was cast over American democracy. It was broken, corrupted.

That won’t happen this time. Yes, Trump and some of his supporters will continue for a while longer to insist there was fraud in the voting process. But you will not see the establishment talk about a broken democratic process. The Russian meddlers will disappear into thin air. Social media will have been seen to have done a good job rather than a bad one. The Observer in the UK won’t publish long, insane essays about the election having been ‘stolen’ by ‘shady’ forces. The New York Times and the Washington Post won’t publish op-ed after op-ed saying democracy is busted. No, this time they will say democracy works. Why will this radical about-face occur? For one simple reason: in 2020 the elites’ favoured candidate won.

The shocking rage against democracy and spread of conspiracy theories that we witnessed from the cultural and media elites over the past four years, following the election of Trump and the victory of Brexit, were motivated by a simple and deeply dangerous view – that democracy is only good when it gives us, the elites, what we want. When democracy puts a Biden- or Clinton-style technocrat in the White House, it’s great; it is working. When democracy returns a favourable result for the EU, it is celebrated, or at least paid lip-service to. But when democracy returns a result that these people expressly argued against – whether it’s Trump in power, Britain leaving the EU or Greece saying no to more austerity – then it is demonised, described as defective, and sometimes even ignored.

This points to one of the most worrying beliefs of the technocratic establishment and the woke elites: that democracy exists to serve their agendas and install their people in power. This is as wrong as it is possible to be. It is a catastrophically mistaken view of democracy and one that we must continue to challenge. Democracy is about empowering the people to decide the fate of the nation. The people. This is what so horrified the elites, the experts and the educated classes in 2016 – the fact that the people, them, the low-information hordes, behaved in a way that they were clearly instructed not to. They voted Trump, they voted Leave. This is why we were subjected to four years of top-down rage against democracy and ceaseless efforts by influential and wealthy people to delegitimise and even overthrow the millions of votes for Trump and Brexit.

Indeed, the great irony of the current liberal fury with Trump and some of his supporters for casting aspersions on the 2020 election is that these same liberals did far worse things to democracy over the past four years. They make Trump look like a rank amateur when it comes to throwing a temper tantrum over a democratic outcome. Their temper tantrum lasted for four years. In the US, the elites went berserk, fantasising that evil Ruskies seized victory from Hillary. In the UK, the Remainer elites used every trick in the book – from court cases to parliamentary intrigue to gatherings of vast numbers of middle-class anti-democrats in the streets – to try to prevent the enactment of 17.4million votes for Brexit. Their criticisms of Trump’s behaviour are laughably hypocritical.

Let’s get real about democracy. It is about the people deciding what happens. Not experts, not technocrats, not clever people with PhDs. All people. Their decision rules. If you only like democracy when the people give the ‘right’ answer, then you aren’t a democrat – you are an elitist who sees democracy as little more than a legitimising gloss on the course of political action you and your clever friends had already decided upon. If you are cheering the democratic wave that brought Biden to power but you revolted against the democratic waves behind Trump and Brexit, then you aren’t a democrat – you are a cultural neo-aristocrat who sees ordinary people’s political role as little more than nodding along to your views, your policies and your power.

In recent days, we saw American democracy in action. It was wonderful to behold. But the fight for democracy goes on. All those powerful people who tried to block democracy over the past four years have not gone away. On the contrary, many of them will feel emboldened by the victory of the anti-populist candidate in the US to continue pushing back against the little people and their apparently dangerous views and voting habits. So the argument for democracy must continue. Real democracy, that is: the rule of the people.