A fact-free narrative of racially motivated police violence has dominated the media for too long. 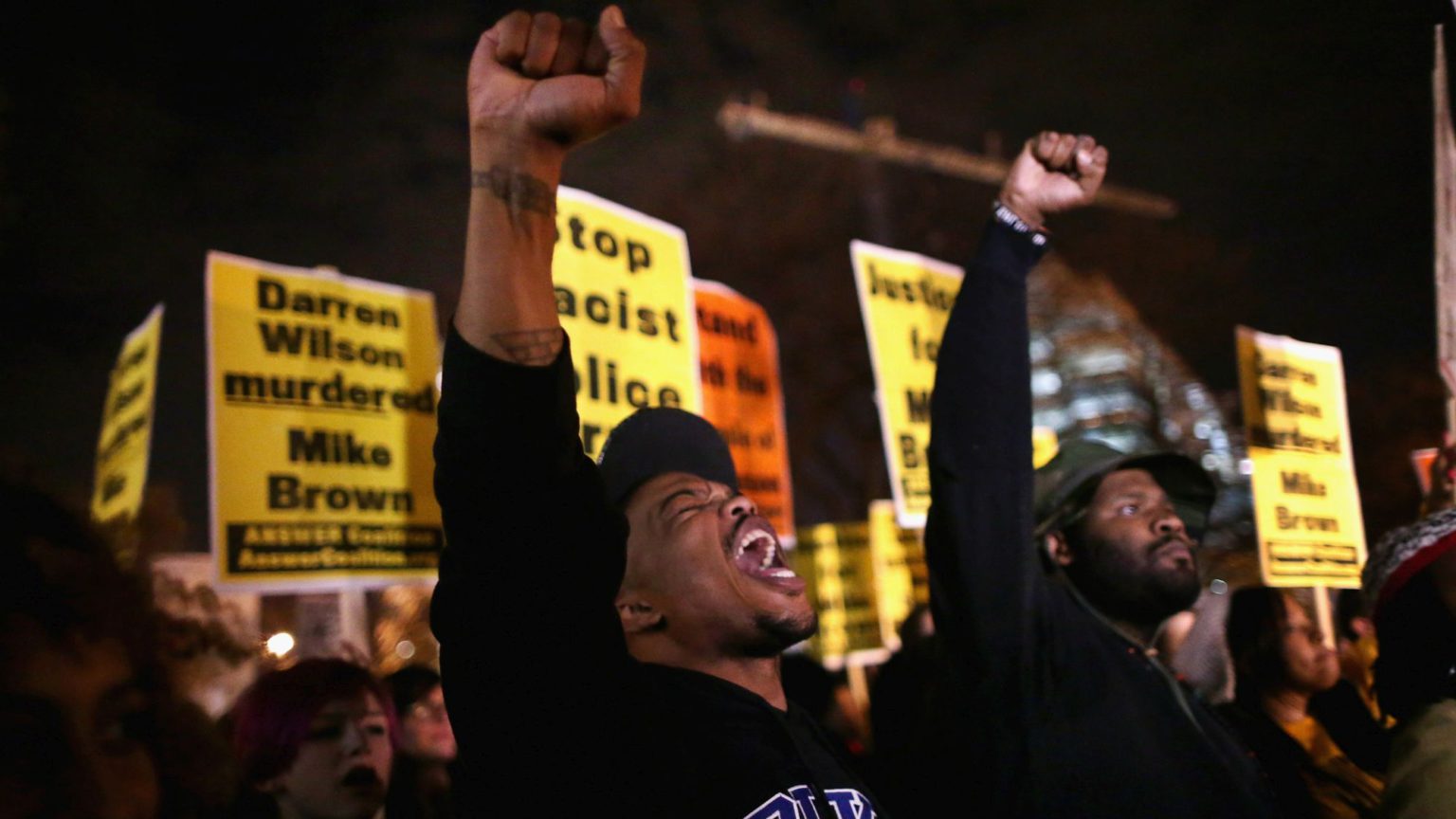 Remember Michael Brown, the 18-year-old black American shot dead in Ferguson, Missouri in 2014, prompting days of unrest? Well, Amazon didn’t want you to learn ‘Who killed Michael Brown?’. This is a fact rather than a joke. The online sales giant blocked the documentary Who Killed Michael Brown?, from right-leaning but utterly respectable scholar Shelby Steele, from screening on its platforms for some time. Steele was told, vaguely, that the movie did not meet Amazon’s ‘content-quality expectations’, and that: ‘We will not be accepting resubmission of this title and this decision may not be appealed.’ One suspects this is because Amazon executives fear that watchers of the picture might conclude that the correct answer to Steele’s question is: ‘Michael Brown.’

Their decision continues a rather remarkable pattern of how an almost fact-free narrative of American black ‘genocide’ – to quote prominent attorney Benjamin Crump – is sustained by selective dishonesty and plain old-fashioned censorship on the part of ‘allies’ of the black community. Even today, a majority of black Americans believe that St Louis area teenager Brown was essentially murdered by Ferguson (Missouri) police officer Darren Wilson, in a scenario close to that originally described to the media by ‘street witnesses’. That is, a black boy was shot in cold blood as he held up his open hands and begged for his life. However, while this scenario inspired the popular t-shirt and political slogan ‘Hands up, don’t shoot’, it bears little resemblance to reality.

In reality, Wilson has been cleared by two separate comprehensive investigations of the Brown shooting (as well as his original grand jury) – one conducted in 2015 by the Obama administration Department of Justice; and the second in 2020 by a left-leaning Missouri prosecutor who campaigned specifically on a promise to revisit the facts of Brown’s case. The reason for both outcomes was the overwhelming thrust of the facts: Brown’s DNA was found on the slide and trigger guard of Wilson’s gun, as well as on the lawman’s shirt and pants, inside his car, and on the left interior door handle of the vehicle. ABC News, in a major 2014 piece, drew the obvious conclusion from these data: ‘Brown punched the officer… and reached [into his vehicle] and struggled over Wilson’s gun.’ At no point did the 6ft 5in tall Brown have his hands up, during what became a physical struggle between two big men, except perhaps to strike Wilson.

With a very few exceptions (Tamir Rice, and probably George Floyd, for example), the narratives surrounding most recent cases made famous by Black Lives Matter similarly collapse. Hakim Littleton actually had a gun out and was shooting at police when Detroit cops shot him. The ‘innocent 15-year-old boy killed by police’, whose shooting prompted the looting of Chicago’s Magnificent Mile, turned out to be 22 years old and armed. He is also still alive. Even in the famous Jacob Blake case, where questions remain about whether the final discharge of seven shots could have been avoided, the victim turned out to be an accused rapist shot only after physically fighting police for several minutes and while going for a knife.

The same general rule applies to older BLM cases. Alton Sterling, likely the best-known ‘gentle giant’ victim of law-enforcement violence besides Michael Brown, was shot during a struggle with police while armed, after they were called on him for waving his gun at another male. He was also a convicted paedophile. Felony records like this one are often worth noting not merely for ‘moral’ reasons, but also because to officers aware of the records, they indicate an increased likelihood of violent behaviour. Even truly complex and tragic cases rarely match the simplistic narrative of police racism. Philando Castile, the most famous Minnesota victim of police violence before Floyd, should not have died. But his killer was a highly regarded non-white officer, called Jeronimo Yanez, who shot Castile not ‘for being black’, but because he almost exactly resembled the suspect in a violent robbery earlier in the day and had an unfortunately awkward exchange with officers about the loaded firearm he was carrying.

In short, almost none of the cases made famous by Black Lives Matter fits the template that most sympathetic citizens expected when Black Trans Lives Matter’s Cherno Biko told Fox Prime Time that an innocent black man is ‘murdered’ by police roughly once per day. This may be because the actual number of even potentially vile law-enforcement killings is so minute, in absolute terms. In 2019, the most recent year on record, in a nation of more than 330,000,000 people, the total number of completely unarmed African-Americans shot and killed by police officers was 14. Fewer than 60 individuals of all races were fatally shot by police that year.

Why do so many intelligent people believe a ‘genocide’ narrative that is flatly factually false? The short answer is because we are so often told it is true. The extent to which patterns of mainstream media coverage of racial violence diverge from actual patterns of racial violence is rather remarkable. Whether or not blacks are over-represented among targets of police violence once a basic adjustment for crime rates is made – and this is a real academic debate – it is essentially undisputed that 75 per cent of police-shooting victims in a typical year (749 out of 999 in 2019) are not identified as black. However, these cases seem to receive around 10 per cent of national mass-media coverage of law-enforcement violence. A Google search for the phrase ‘well-known police shooting’, done by myself on a personal computer with all cookies deleted, turned up two stories involving a Hispanic victim, three stories involving a white victim, and 34 stories involving a black victim within the relevant pages of results.

This sort of coverage extends well beyond the single topic of police shootings. In reality, inter-race violence of any sort is quite rare – 93 per cent of black murder victims and 84-85 per cent of white murder victims are killed by someone of the same race. However, mainstream-media coverage of interracial crime and conflict is constant and again probably focused 80-to-90 per cent on the white-on-people-of-colour minority of cases.

What to do in the face of such remarkable, and empirically measurable, narrative control? Quite a few suggestions come to mind, including my usual go-to of searching for actual empirical knowledge in the library. But a good first step might be checking out Steele’s movie, which Amazon finally gave up and allowed. You can find it here.