Remoaners calling Trump anti-democratic? Give me a break

What kind of person tries to block a democratic vote, British liberals are asking? Erm, you do. 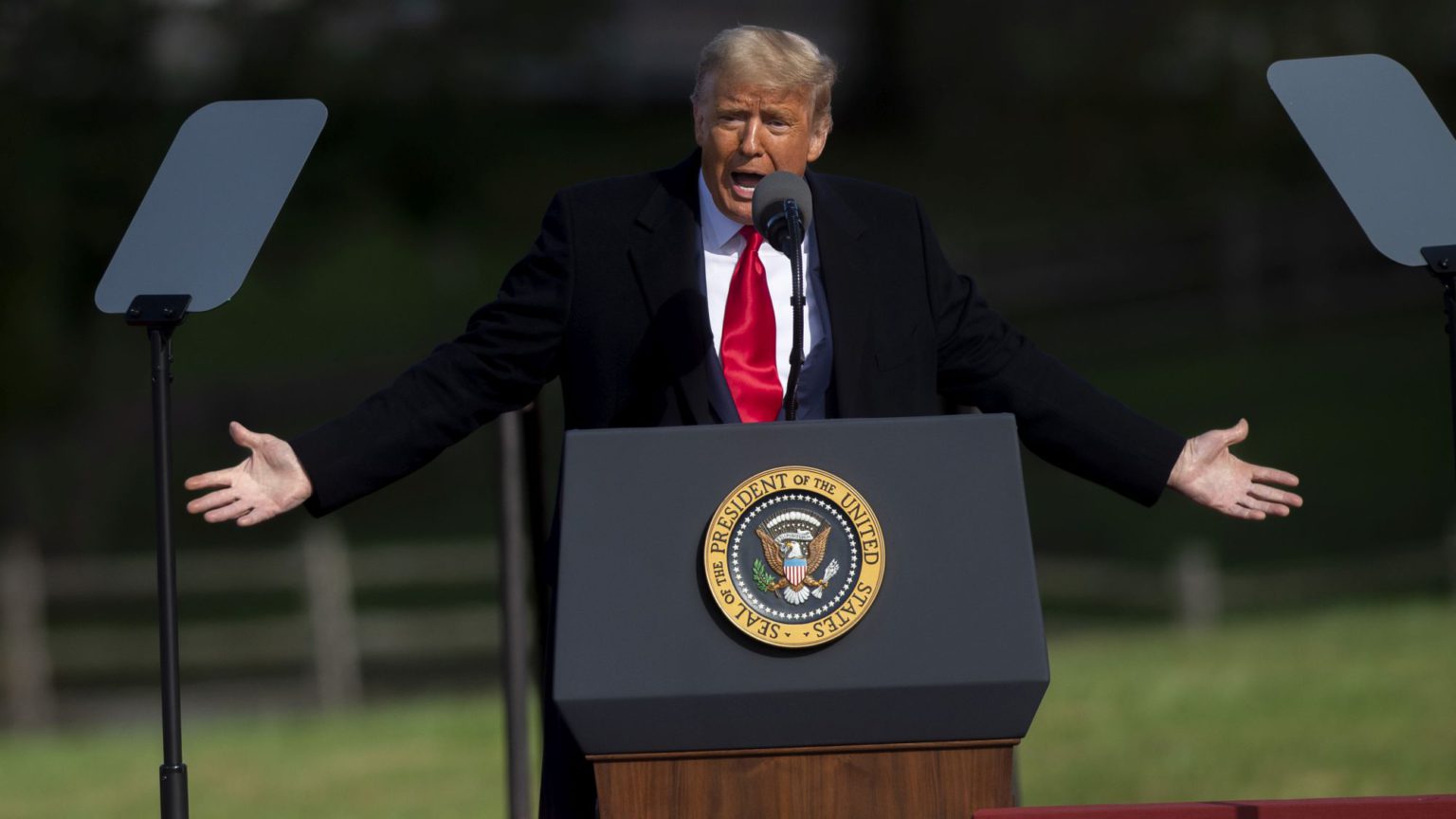 The liberal elite in the UK is shocked – shocked, I tell you – that Donald Trump is refusing to concede defeat in the presidential election. There’s even talk of him taking the election to court. And he’s stirring up mobs of people to protest against the vote on the basis that it is fraudulent, illegitimate, a stitch-up by faceless forces in the establishment, etc etc. What kind of person behaves in such a shamelessly undemocratic fashion, these pearl-clutching Brits want to know?

Well, there’s an easy answer to that question: you. You behave like this. You spent the past four years doing what Trump is now doing, only in an even more unhinged way. You went to court, took to the streets, and went berserk on Twitter on a daily basis as part of a hateful crusade to overthrow the largest democratic vote in the history of our country: the vote for Brexit. So perhaps wind your necks in, yes?

Britain might not be a world-beater at manufacturing or pop music anymore, but its chattering classes leave the rest of the world for dead when it comes to hypocrisy. No sooner had Trump started doing what Trump does – all-caps tweeting about shady people trying to do him over – than Trump-allergic observers in the UK were reaching for the smelling salts. ‘Well, I never’, they cried. Which is hilarious because they did. They themselves did the same thing. They were Trumpite before Trump.

Take Ed Davey, leader of the Lib Dems. ‘In any democracy every vote should count and every vote should be counted’, he says. This is Mr Bollocks to Brexit. This is the leader of a party which might have the word ‘democrat’ in its name but which is anything but: it devoted itself these past four years, singularly and madly, to preventing the enactment of 17.4million votes for Brexit. Every vote counts except those cast by thicko Brits who want to leave the EU, is that right Mr Davey?

Then there’s the Guardian tickling its readers’ anti-American tendencies by wondering, ‘Could Trump refuse to accept defeat?’. It’s weird that the Guardian seems so perturbed by such a possibility, given it has been the intellectual home of people who refused to accept defeat. It has published articles with headlines like ‘The secret to stopping Brexit’ and ‘We need a second referendum – the consequences of Brexit are too grave’. Imagine if, once it is confirmed that Joe Biden is the legitimate winner of the US election, Trump tweeted: ‘We need to hold the vote again. The consequences of a Biden administration are too grave.’ There would be alarm, globally, and rightly so. Well, Remoaners, you already did that; you already outdid Trump in the elitist, authoritarian, anti-democratic stakes.

The FT is rattled, too, by the possibility of Trump refusing to concede defeat and maybe even encouraging people to go ‘on the streets’. Imagine that – people taking to the streets to protest against the result of a democratic election. How could such a thing happen, ask the kind of middle-class Remoaners who took to the streets in their thousands many times over the past four years to mock working-class voters, rubbish the vote for Brexit as fraudulent and call on the authorities to stop it from being enacted. I mean, you couldn’t make this up. Maybe it’s only an anti-democratic mob if it is made up of Trump-supporting Americans without college degrees? If the mob consists of well-educated Guardian readers who love Brussels, then it’s fine apparently.

‘Biden is going to get 52 per cent of the popular vote and that’s a clear win’, Britain’s pseudo-progressives cry. Fifty-two per cent. That sounds familiar. Was there another recent election in which 52 per cent of people voted in a particular way and others tried to block it from becoming a reality…? As for the alarm at Trump considering using the courts to challenge the outcome of the election. You guys did that. A lot. Seriously, have you forgotten what you did? Or do you think we have forgotten?

There’s hypocrisy in the US, too. East Coast and West Coast liberals and celebrities are agog at Trump’s current behaviour. ‘Every vote counts!’, they’re shouting on the streets and social media. These are the same people who spent four years using impeachment measures, Russia conspiracy theories and other forms of hysteria to try to demean and delegitimise the 2016 vote for Trump. It must take industrial levels of brass neck to spend four years spreading suspicion about a democratic vote and then to tweet: ‘Democratic votes should be respected!’

What Trump is doing right now is bad. It is sad and defensive and an insult to the democratic process. Joe Biden has secured a very high popular vote. All democrats should respect that, and all democrats should respect the final outcome of the Electoral College (even those of us who believe the Electoral College needs reform). But where did today’s cavalier disdain for democracy come from? How has the democratic ideal come to be in such tatters in the 21st century? It’s because of the behaviour of anti-populists; of the bruised, upset technocratic elites, from Remoaners in the UK to Hillary Clinton and her cheerleaders in the US, who have used their influence to try to trash democratic votes and the wishes of the people. The fight for democracy is as important today as it has ever been. Let’s keep a close eye on everyone who threatens the democratic process.